All the professional bodies recommended the purchase of a dedicated aircraft for state leadership • Despite this, the "Wing of Zion" aircraft is grounded at Ben Gurion Airport and can not take off • The reason: Chairman Yesh Atid decided to veto the project for political reasons • Result: State leadership disconnected during flights abroad The security has been damaged and huge sums of public money go down the drain 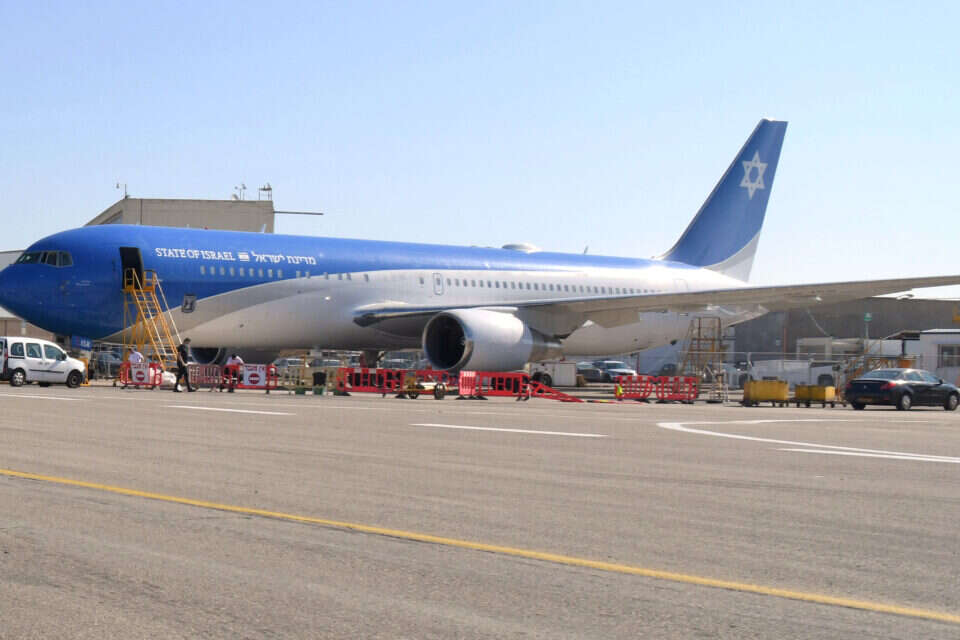 Prime Minister Naftali Bennett is expected to make a series of policy trips in the near future: Abu Dhabi, Delhi, Sochi, the Climate Conference in Scotland.

So far, Bennett has visited the United States twice and Egypt once. His flights are important, and the state has leased a special El Al plane for him, which will take him to his destination and return him and his entourage safely.

Foreign Minister Yair Lapid already had seven work trips as part of his position. In two of them, the Foreign Ministry rented an exclusive plane for him. In the other cases he and his men flew commercial flights, first class of course. President Yitzhak Herzog has so far once paid an official visit abroad. Like his predecessors, he also flew a commercial flight in first class, but unfortunately, the plane broke down and his return to Israel was delayed for hours.

Even if Foreign Minister Lapid flies from now on only on commercial flights, the state will spend an average of NIS 25 million a year on its leaders' travels around the world, according to calculations by the Goldberg Commission, which examined in 2014 whether it was necessary to purchase a dedicated plane for heads of state. The committee's conclusion was unequivocal: the plane is necessary. It was not actually based on economic reasons, since the calculations at the time were not unequivocal. But since travel has multiplied, the role of alternate prime minister has been born, and destinations have become more remote. As there are more trips, the cost of operating an exclusive plane for leaders decreases, so today it is likely that economic considerations also justify operating a plane for heads of state.

But even if we assume the economic calculations, all the professionals involved in the flights of Israeli leaders - from the Prime Minister's Office, the President's House or the Ministry of Defense - explained to the committee that purchasing an exclusive plane is committed to reality. Their testimony before Judge Goldberg and his colleagues was astounding, even embarrassing. "The president's flight on commercial flights involves embarrassing situations," the committee quotes Efrat Duvdevani, the legendary CEO of President Shimon Peres' house. "A situation has arisen where every person who buys a card can see the documents he is reading in preparation for meetings."

The GSS banned the president from making connecting flights on non-Israeli airlines. That is, without an exclusive plane, it is not possible to make a skipping trip in any part of the country, so the senior Israeli official must return to Israel or ask the host country to fly him to the next destination. Countries that have sent their own plane to bring President Peres to them to avoid embarrassment.

We really depend on the kindness of others, "Duvdevani added.

"Leadership is cut off"

This is joined by the security shortfall.

When the prime minister is in the air, he is disconnected.

In the worst case, one can "only" listen to his conversations.

"I had a feeling I was going back 30 years. I got into a bubble where the prime minister is cut off. He just is not there for 15 hours. I improvised a satellite phone from the military but it's puzzling," testified John Locker, the prime minister's military secretary.

The situation was summed up by former Prime Minister Netanyahu, who said that "during the flight, I can not talk to the US president, the defense minister or the chief of staff. It is ridiculous. The state leadership is cut off."

The committee has fully adopted the position of the professionals.

"It goes without saying that in the Israeli reality, the prime minister is required to make decisions continuously, even when he is on his way abroad.

All sources stressed the seriousness of the situation, "the report said.

In addition, in the absence of a dedicated aircraft, "flights of leaders to certain countries that Israel has an interest in tightening ties with are currently avoided."

The government adopted the committee's recommendations.

One of the ministers who raised his hand in Eden was Naftali Bennett.

According to the decision, the state bought an old Boeing, repaired it and upgraded its systems until it became a flying headquarters.

Air Force One, Maid in Israel.

The cost of the project exceeded the amount planned and it lasted for years.

But the plane, dubbed the "Wing of Zion", is ready for action and could fly Bennett, Lapid or Herzog tomorrow, anywhere in the world.

Despite the hundreds of millions invested, despite the security and functional necessity, despite the political benefit, "Wing of Zion" is stuck in a hangar at Ben Gurion Airport - and for one reason: politics. The powerful man in the government, Yair Lapid, vetoed. Why? Requests the Ministry of Transportation to promote the regulation of the aircraft license.

This created a situation where NIS 750 million was standing in the parking lot waiting, it is not clear why.

About 650 million have already been invested in the aircraft (the amount includes its operating cost).

It is estimated that the charter and commercial flights will cost about NIS 25 million a year.

That is, if the government survives four years and Lapid persists in not sticking to the plane, NIS 750 million will go down the drain.

With this amount, it is possible to buy a squadron, build a neighborhood or launch Israel to the heads of the countries that contribute to the developing world.

Failure to use the plane does not save citizens money, but drains a huge investment that has already been made.

Isn't it time to make a sensible decision and let "Wing of Zion" take off?

The Prime Minister's Office stated: "The 'Wing of Zion' aircraft is in the process of being licensed with the Airports Authority. Since it is a plane that has been converted and many systems have been installed to accommodate the Air Force of Prime Ministers and Presidents, the licensing procedures for this aircraft take time.

The necessary approvals for its flight and day-to-day operation have not yet been received. "

The Foreign Minister's Office and the President's House refused to comment on Israel Today's request on the matter.

Between Ben Gurion Airport and Highway 1, there is a rare locality that did not catch up with the price increases. Why, in fact? - Walla! Real Estate

Recommendations for vaccinating teenagers and the new guidelines at Ben Gurion Airport: What do you need to know about the renewed corona outbreak - Walla! News

Checking the corona before a flight is becoming more expensive: from now on you will pay double the price - Walla! Tourism

"Only" NIS 75: We found the cheapest corona test before a flight - Walla! Tourism

The largest restaurant in Israel: a huge kitchen will be built at Ben Gurion Airport - Walla! Silver 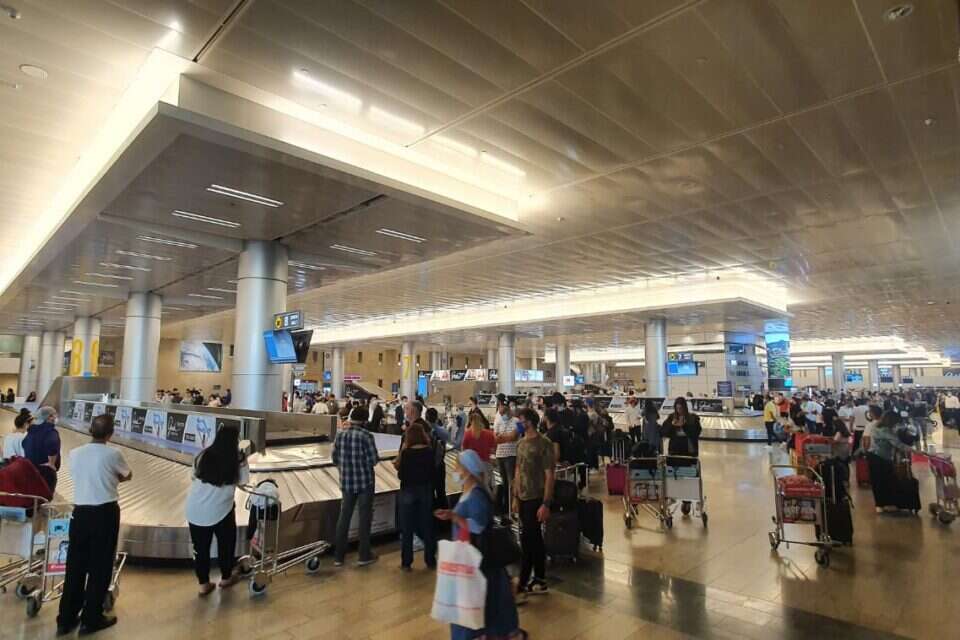 Due to the expected reduction in manpower: Disruptions and delays at Ben Gurion Airport | Israel Today

The price of the corona: excess expenses of thousands of shekels for a vacation abroad - Walla! Money