Knowing that his time was short, Sam Anthony tracked down his father and sent him a letter. The two met in August, after 52 years without seeing each other, and shared what they could not in a lifetime in Anthony's last days. 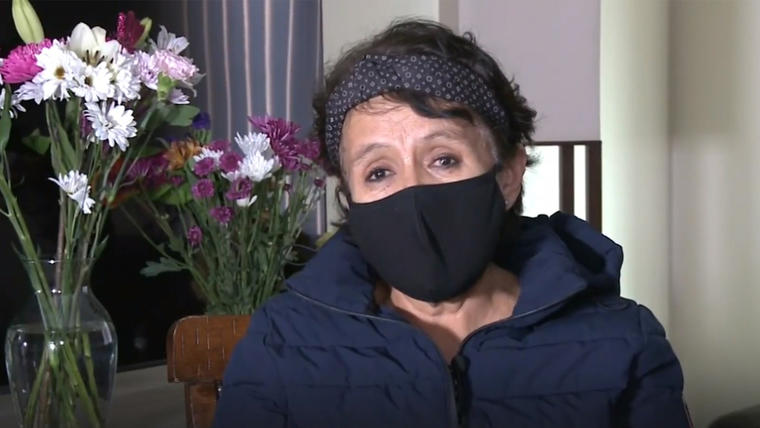 A Virginia man, about to die from terminal cancer, managed to reconnect with his biological father after 52 years, after deciding to send him a simple letter asking if they could meet.

Sam Anthony, who has been battling aggressive throat and mouth cancer since 2005, sent a letter in early August to Craig Nelson, an Arizona man who, until then, was a stranger to him, according to The New York newspaper. Times.

In the letter, Anthony told Nelson that, after investigating files, public records and reviewing DNA evidence, he

thought that he could be the biological father he never knew

, as his mother had given him up for adoption when he was born.

"This letter might be shocking to you, but I

" Anthony wrote, not entirely sure he had sent it to the right person.

Sam Anthony battled with mouth and throat cancer and since 2005. Getty Images

Anthony had just learned, with the help of a friend from the government agency for National Archives and Records Administration where he worked, that his father's name was Craig Nelson.

I wonder if you are that Craig,

" he wrote in the letter.

Nelson, a 78-year-old retired airline worker, told the aforementioned newspaper that he was surprised to receive it, because he did not know anyone who lived in Falls Church, Virginia, from where the letter came.

But when he opened it and read it, he began to shake.

For years she had lost hope of finding her son and now, after so much, she was going to meet him.

," Nelson said, "especially when you didn't have any memories to begin with."

A humanitarian visa allows the reunion of this Latin mother with her daughter in a vegetative state in the United States.

In 1969, as Nelson was about to finish his military service as an Army medic at Fort Bragg, North Carolina, his then-girlfriend called him and told him that he was the father of "a healthy 4.37-kilogram baby," but that he had delivered up for adoption.

Nelson and his parents consulted with attorneys and adoption officials to see if they could get the child back, but learned that

“I thought there was no point in insisting.

That was the way things were then.

I believed what the authorities told me, ”he said.

To overcome the grief, she also tried not to think about her son for all these years.

Until he got the letter.

In early August, Nelson packed up his things and, along with his girlfriend, Pat Boeck, and their dog, drove to meet Anthony in Falls Church, Virginia.

Along the way, according to The New York Times, Boeck was sending text messages to Nelson.

In all these years, Anthony had worked as a technician and archivist at the government agency for National Archives and Records Administration.

There he met presidents, artists and personalities of all kinds.

When he heard all this, Nelson thought that his son's life had turned out to be richer and fuller than it would have been with him.

“I thought, my God, this young man.

"He felt he had a great life with the parents who raised him," Anthony's wife, Sharon Ellis, confirmed to the aforementioned newspaper.

His mother was a homemaker and his father was a neurosurgeon who played the French horn.

Anthony was dying in bed from terminal cancer and the time he had left to spend with his father was just 11 days.

During all that time when Nelson sat by his son's bed to talk about their past, he had to keep his composure.

“I didn't want him to see me feeling sentimental, crying and thinking about all the years that passed in which we could have at least been talking,” he said, “it

was a combination of the saddest moments of my life, but also the ones that I was most proud of. I felt".

Anthony, who came to be in charge of choosing the gifts that the presidents gave to foreign leaders, died on August 20.

["God doesn't want to see me suffer": a Colombian Catholic celebrates that she will die from euthanasia on Sunday]

Her father found out from a call while driving home.

Days before, when saying goodbye to him, his son told him in a low voice that they would see each other again in heaven. 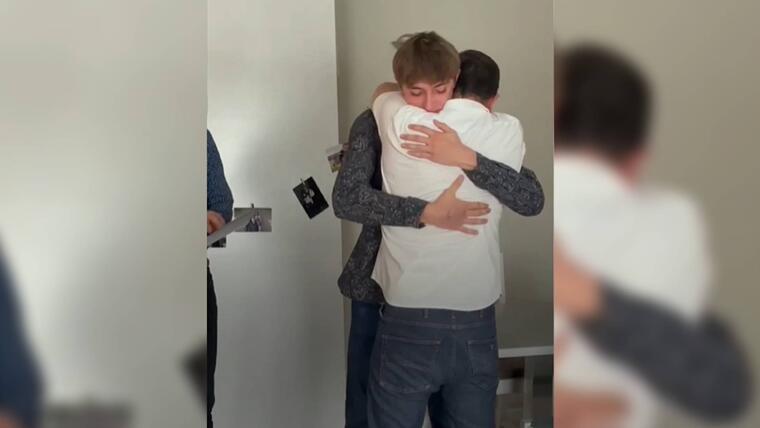 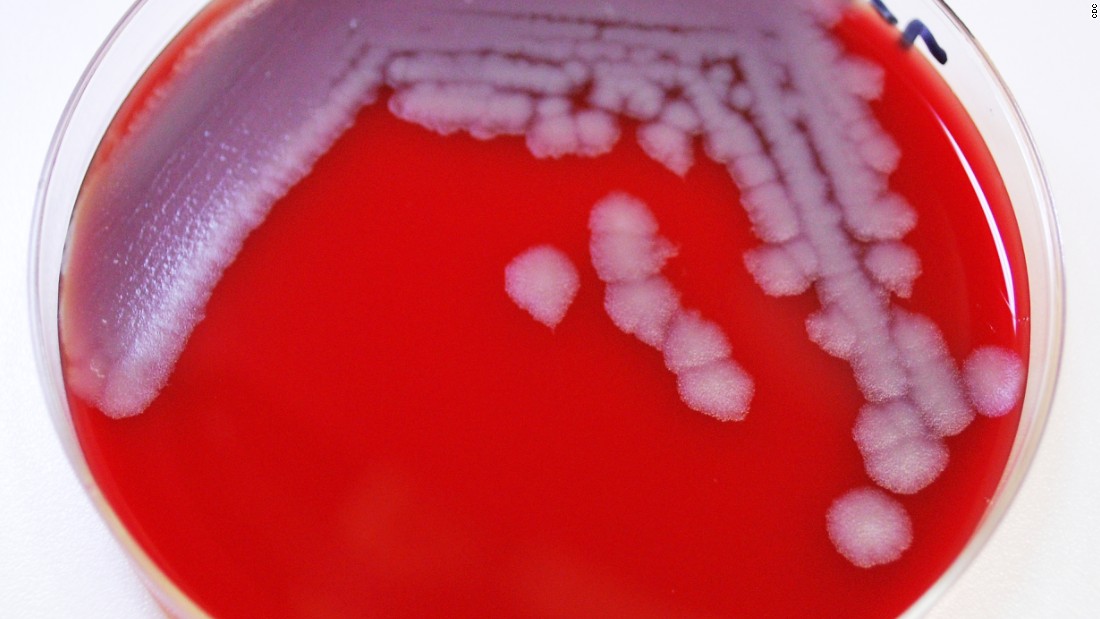 Anthrax: what you need to know about the attacks that followed 9/11 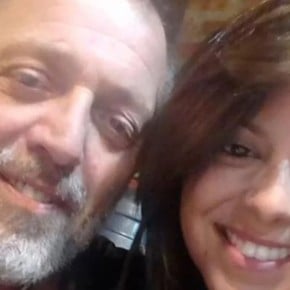 Solange Musse's father exploded against the Government for visits to Olivos: 'The dog handler had more rights than my daughter' 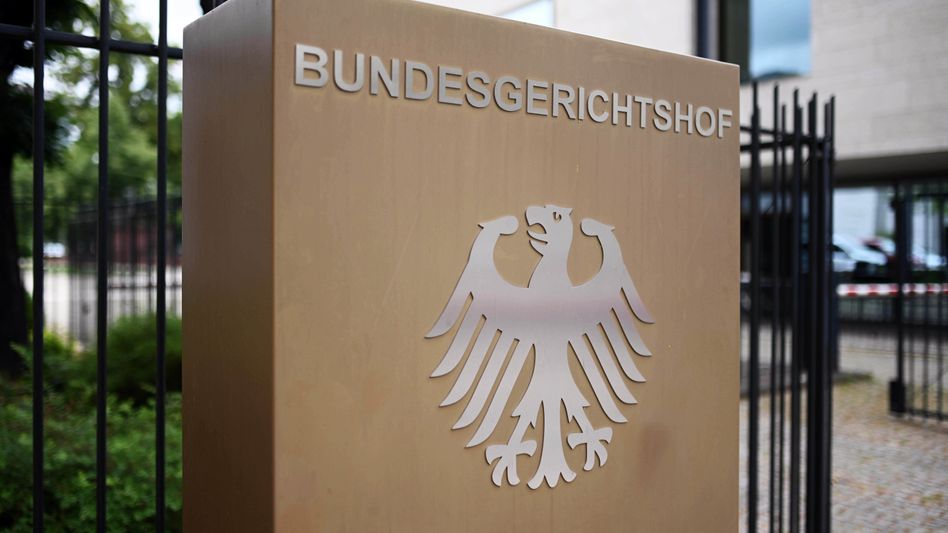 BGH decision: Private sperm donors can have access to children 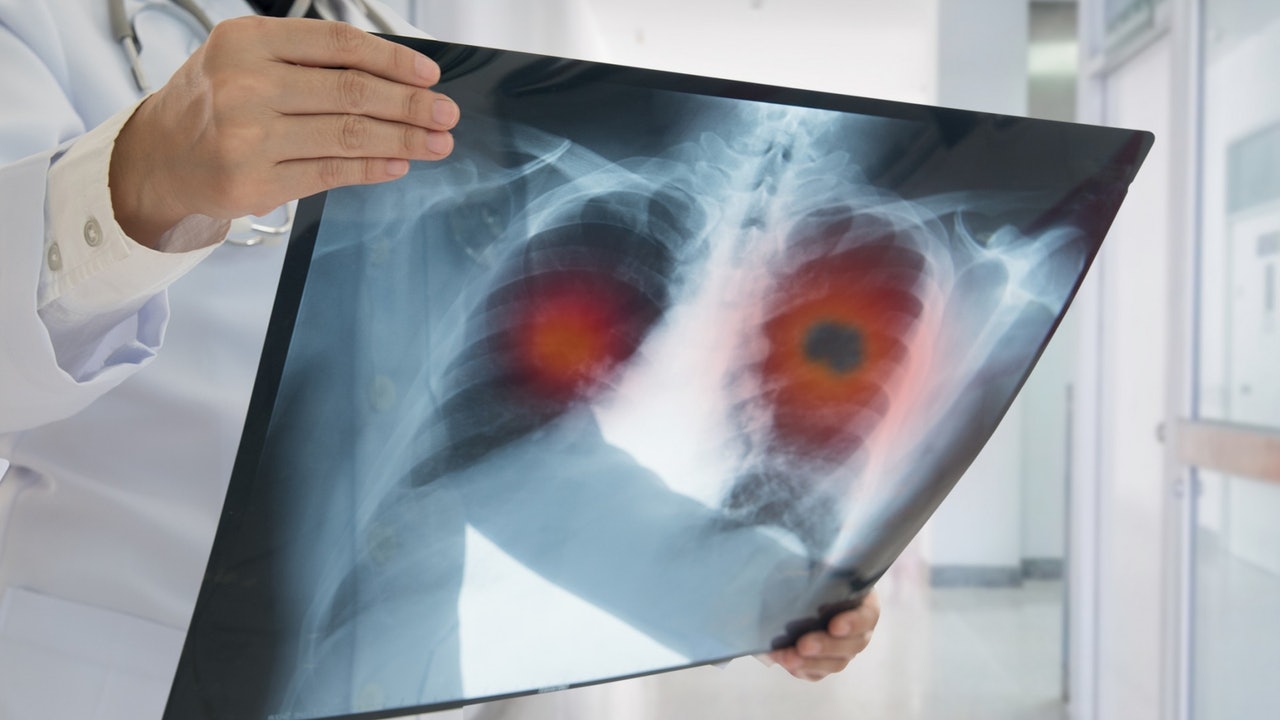 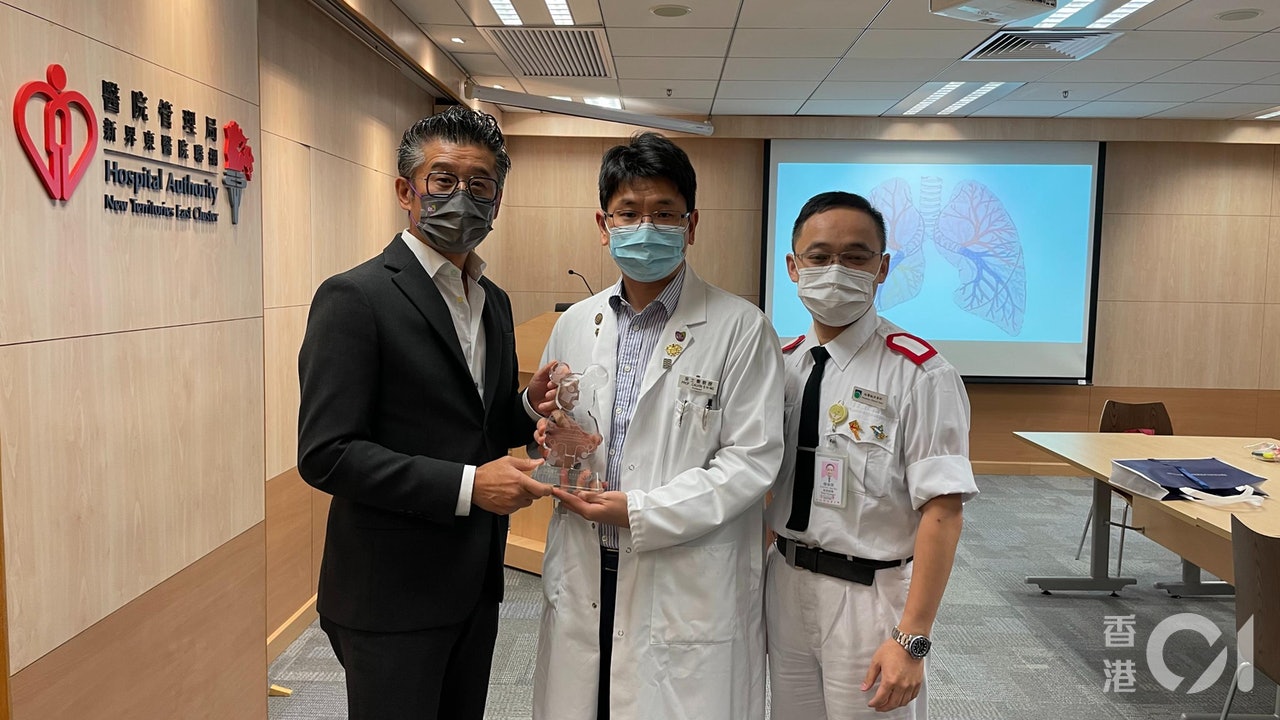 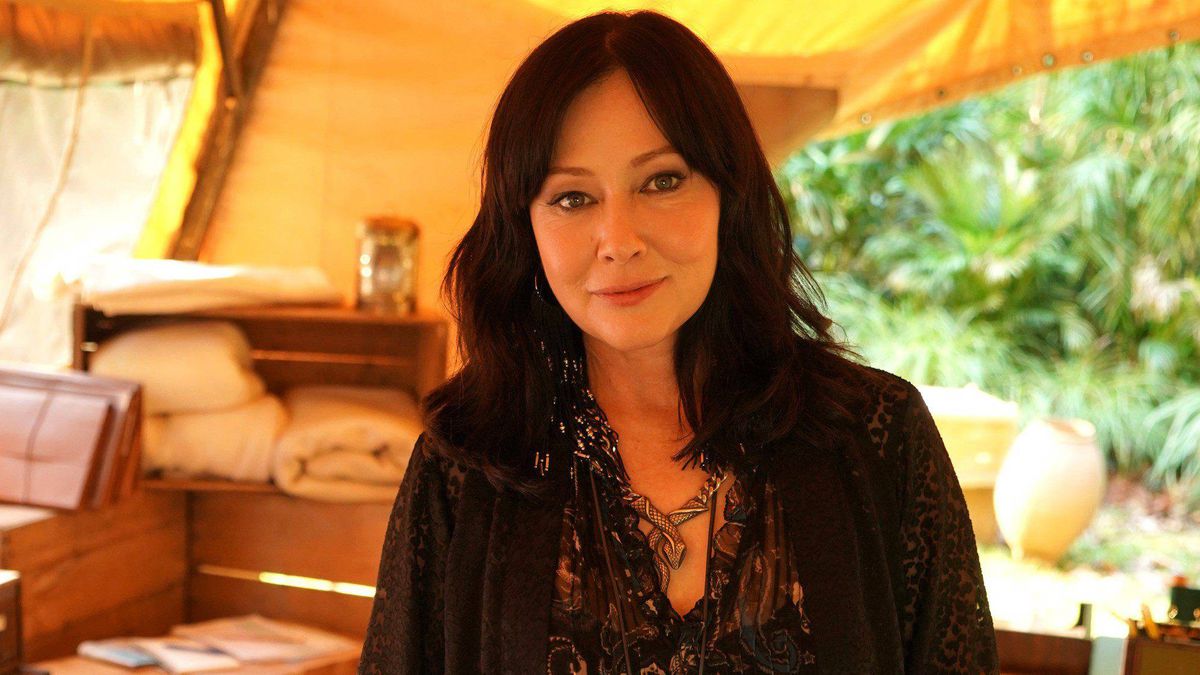 Shannen Doherty, on her cancer: "If I had to make a wish, it would be just to live" 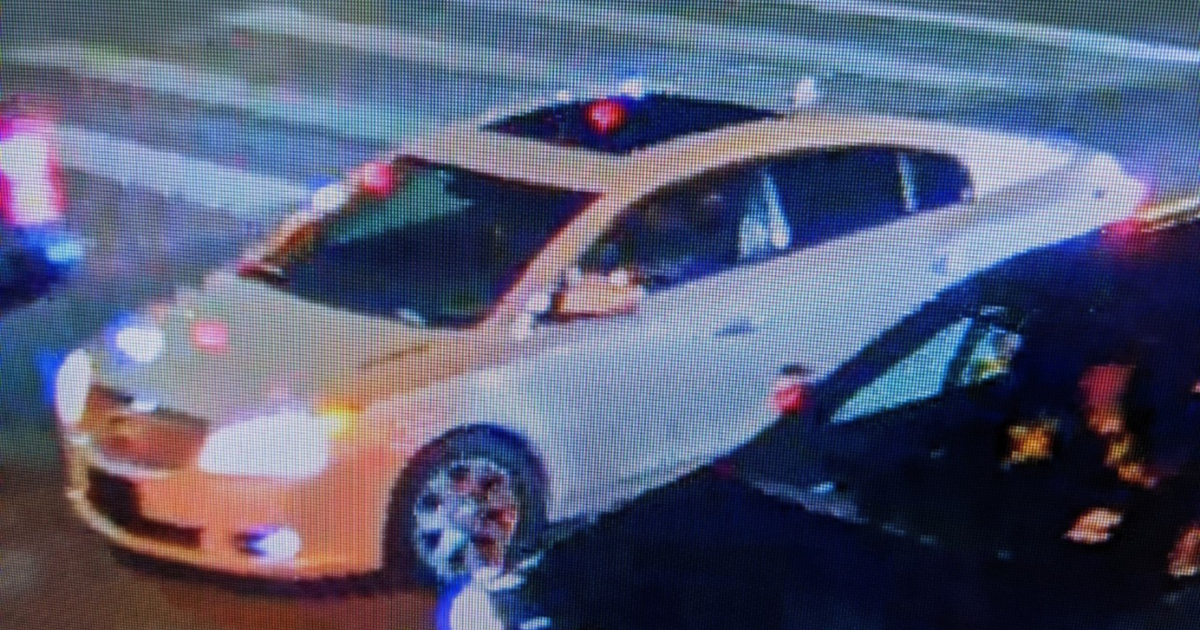