Around 12,000 fish have suffocated miserably in two ponds of the “Loisachtal Trout Farm” in Großweil - because children probably blocked a water inlet that was vital for the animals. 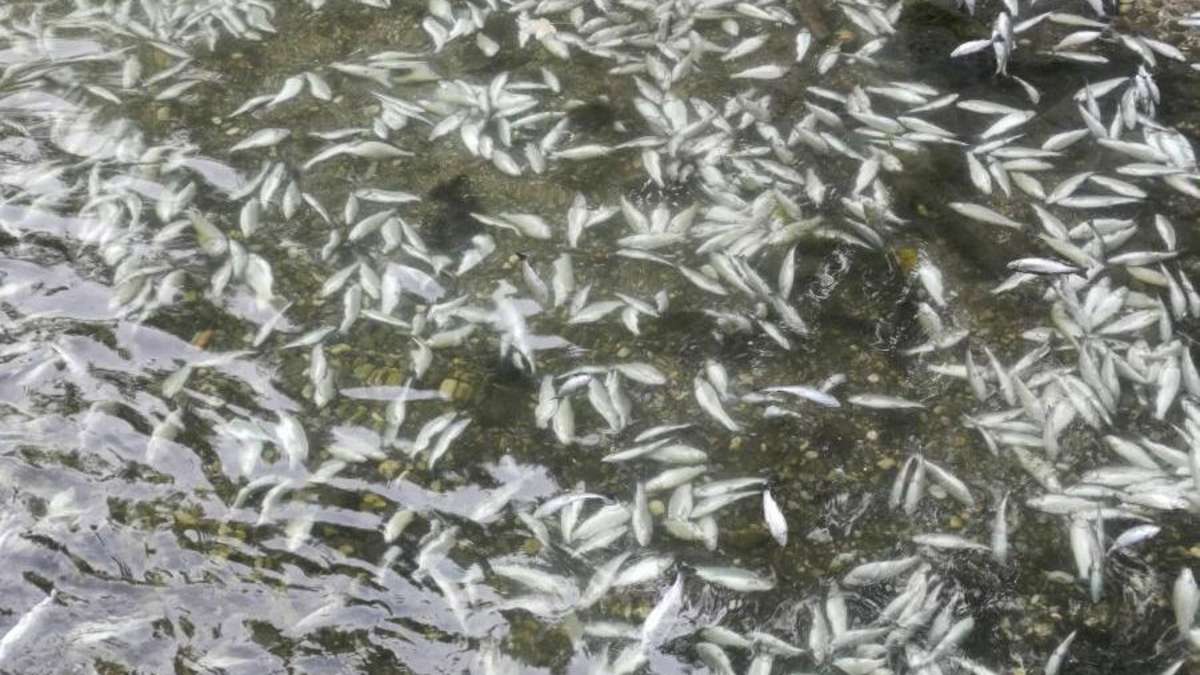 Around 12,000 fish have suffocated miserably in two ponds of the “Loisachtal Trout Farm” in Großweil - because children probably blocked a water inlet that was vital for the animals.

- Michael Thalmayer noticed the drama on Monday at around 9 a.m. when he wanted to feed the fish and check the Am Bad facility.

"First a world collapses," says Thalmayer, who takes care of the family business based in Bad Heilbrunn.

Großweil: Animals miserably suffocated in the pond - "Bad and dramatic"

For the most part, Mayor Frank Bauer (Free Voting Association) shuddered at the picture that presented himself to him at the ponds east of the natural open-air swimming pool: “Terrible,” he says.

“The two ponds were completely white.” White from the carcasses of young trout and ready-to-eat char that swam on the surface.

“So many dead fish in the water - that's bad and dramatic,” says Bauer.

Fish drama probably the result of a fateful children's game

This drama is presumably the result of a children's game that is fatal for the animals.

In an exposed flood overflow channel about 40, 50 meters from the ponds, through which fresh water and thus oxygen reaches several fish ponds, strangers had piled a fateful dam between Sunday and Monday: lots of stones below, grass clippings above.

Material that practically blocked the inlet - the water took a different route.

Arlette Janotta, clerk at the Murnau police, suspects that children set up the barrier and triggered the great deaths in two of the ten ponds in the breed.

Thalmayer has filed a complaint.

An encounter that Thalmayer had about two weeks ago speaks for the police theory.

According to his own account, he noticed children building a dam, explained the possible dire consequences to them and removed the material.

Apparently, however, the understanding was limited: "Later the dam was back."

Dead farmed fish in Großweil: economic damage is around 15,000 euros

On Monday, Thalmayer, who invested “a lot of work and passion” in breeding, came too late.

He also seems emotionally affected by what has happened: "I see the fish away from the egg," he explains.

In addition, there is the economic damage, which is around 15,000 euros.

They should have come to customers' tables at Easter.

Fish suffocated in pond: Mayor does not assume intent

Now they died a superfluous death - even if Mayor Bauer stressed that he could “not imagine that children deliberately” made sure that the fish suffocated.

“I assume that you just played and don't think it was a malicious thing.” Nevertheless, “The damage is enormous.” Bauer recommends that parents talk to their children and explain the problem to them.

Police chief Janotta also pleads for this: "It is important to point out to children that something like this is extremely dangerous for the animals." They ultimately died in agony.

She emphasizes that, as a matter of principle, no streams or water courses should be blocked by dams.

12,000 dead fish: Polluters should report so that insurance pays for damage

Michael Thalmayer now hopes that the perpetrators will report to the Murnau police and at least the economic damage can be compensated for by insurance.

Any witnesses should also contact the inspection department for information (phone 0 88 41/6 17 60).

Bauer and Thalmayer discussed yesterday that the breeding operator would be installing a fence on the short section where the gutter is open.

In this way, at least a visually recognizable partition can be created - and perhaps prevent children from engaging in mischief in this sensitive area.

By the way: You can read more news from the Garmisch-Partenkirchen region here.

By the way: Everything from the region is also available in our regular GAP newsletter. 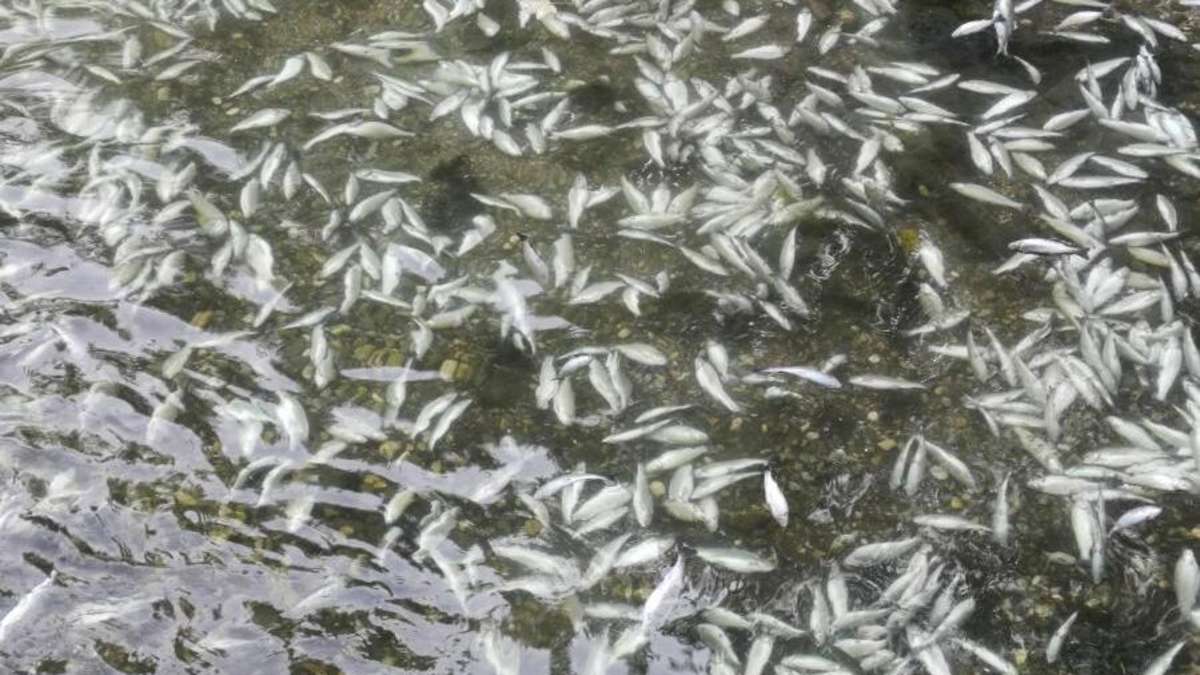 12,000 fish suffocated miserably in Großweil - police suspect children playing as the cause Dead exotic in the city stream - Was the blue Malawi cichlid disposed of? Conservationist speaks of a "death sentence" Two children die in daycare centers in North Rhine-Westphalia: child (2) suffocates in a loft bed - boy (5) has an accident while playing