Everything should be different this autumn of the pandemic. Schools and daycare centers will remain open for the time being. For parents and their children this means: constant tests, quarantine and the fear of infection. Everything should be different this autumn of the pandemic.

Schools and daycare centers will remain open for the time being.

For parents and their children this means: constant tests, quarantine and the fear of infection.

And now this: The number of infections has been increasing worryingly for a week.

The incidence of 10 to 14 year-olds in Munich is already 351. In principle, the rapid increase is evident among unvaccinated people in all age groups, but our children are particularly affected.

Is that the much-cited "contamination" in this age group? In any case, the current data from the Munich Health Department are alarming: Most recently, the incidence in 5 to 19-year-olds was consistently (and in some cases well) over 200, but only 39.83 for the mostly vaccinated 70-79-year-olds. The group of 10-14 year olds even recorded an incidence of 351.04! "We are observing a dynamic in the infection process in schools," says a spokesman for the health department. On Tuesday alone, the health department received 152 reports of positive PCR tests from there, and 119 on Monday - that is just under a third of all reports in the entire month to date in just two days.

The development unsettles many Munich parents. You are on constant alert. "I just found out that a girl from school tested positive," reports mother Ulrike W. (47) to our portal in der Au. “Now we have to wait and see what Filippa finds out.” Your class did a PCR test. Many trips to the school camp are currently taking place. Ulrike W. is against it. “You bring that with you from there and then everyone has to be quarantined.” Jens L. (43) from Isarvorstadt has his son's kindergarten closed due to a corona case, and four classes in the second son's school are closed due to several cases . He says: “It's a dilemma: On the one hand, we're happy about the easing of daycare centers and schools. But you now notice personally that freedom is bought by it,that the children are infected. One can only hope that the disease will not cause permanent damage in children. "

Some parents even want stricter measures again. Under the hashtag #ProtectTheKids, for example, some are calling for the re-introduction of the mask requirement in schools. Because not only does it no longer exist, the quarantine rules have recently been greatly relaxed to ensure classroom teaching.

The pediatrician and chairman of the professional association of paediatricians for Munich, Philipp Schoof, warns against panic. "Covid diseases are quite harmless in young children," he says. From a medical point of view, it is "nonsensical" to take a Covid smear every time you sneeze. As a result, there is a lack of staff in areas in which it is currently urgently needed - for example in the fight against respiratory infections (RS viruses), which are dangerous for babies. The Munich hospital coordinator Viktoria Bogner-Flatz also confirms that very few children are seriously ill with Covid. "When they have to go to the intensive care unit, the previous illnesses were usually significant."

The pandemic is also an acid test for educators.

"We have a lot of snotty noses at the moment and are faced with decisions every day - but we're not doctors!" Complains Suyin Majthenyi, director of a Munich kindergarten.

The high level of bureaucracy and the constant threat from new corona cases - there were two in their facility last month - weighed on the educators.

"That hits the psyche - for everyone."

One thing is clear: autumn and winter will be tough again for parents and children. 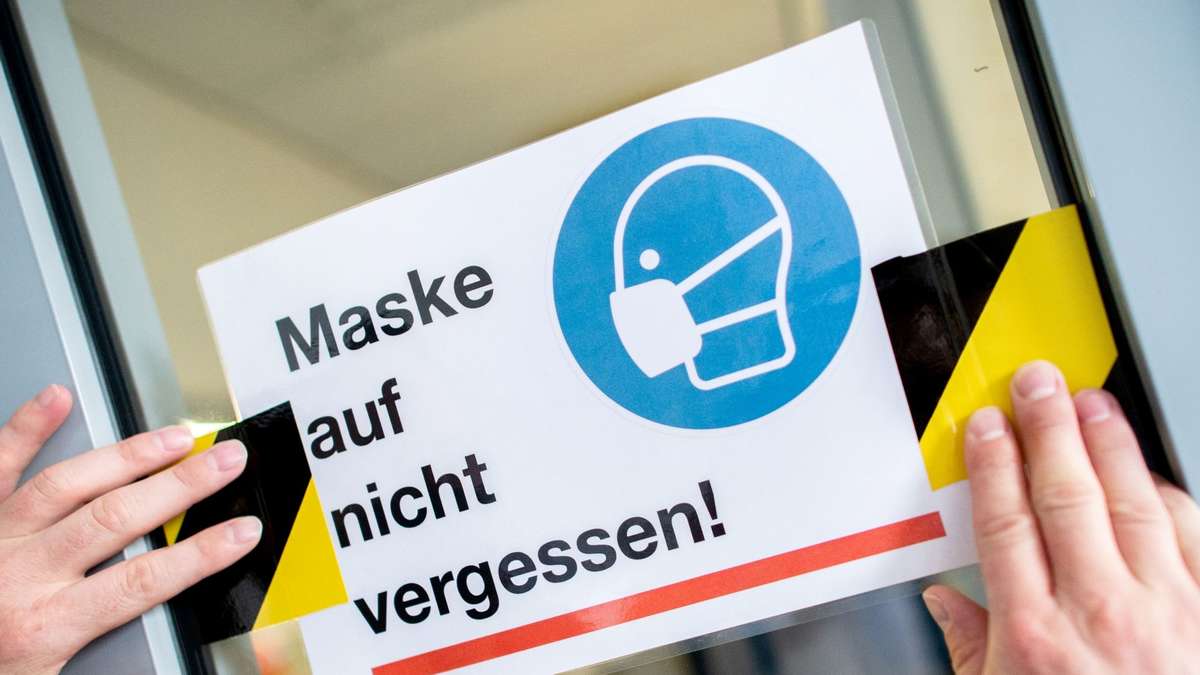 Corona in Bavaria: Incidence continues to rise - no vaccination campaigns planned in schools for the time being Bavaria incidence has reached its highest level since May: Figures show where most of the infections take place