Covid-19 at school: MEPs authorize school heads to access the vaccination status of their students

The government amendment was voted on Wednesday evening in the National Assembly, during the debate on the bill on "health vigilance". 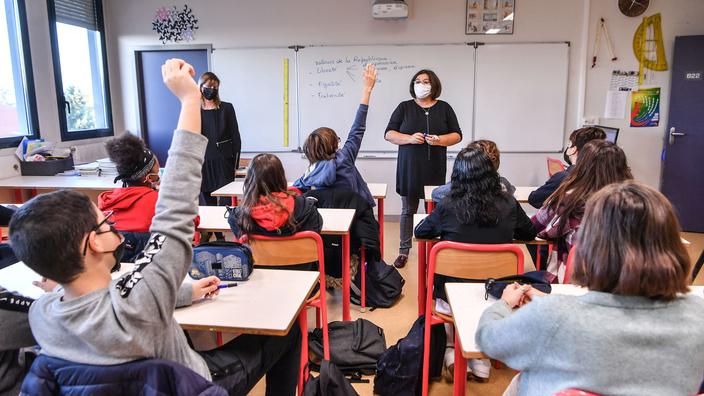 Could medical confidentiality be lifted at school?

The National Assembly took a first step in this direction during the night from Wednesday to Thursday, by voting in favor of a government amendment to the bill on "health vigilance" proposed by the government.

It aims to authorize school, college and high school principals to access information concerning the

"the existence of contacts with infected persons"

for them. students over 12 years old.

Currently, the protocols set up in schools are based on

"self-declaration on the part of students and parents of students to the teaching staff, which makes the device fragile"

, explained Olivier Véran before the deputies. when presenting the amendment. The Minister of Health also indicated that the directors should

"make a referral to health insurance" in

order to obtain this data that they can only process

"for the sole purpose of facilitating the organization of screening campaigns. and vaccination and organize teaching conditions to prevent the risk of spreading the virus ”.

The goal is to avoid class closures. According to the latest figures published by the National Education, 1,180 classes and six establishments were closed last Friday.

This decision however provoked a lively debate within the hemicycle, the deputy LR Philippe Gosselin accusing the government of opening

"an unthinkable breach in a medical secrecy at the school which must be preserved".

Article L.1110-4 of the public health code provides for the possibility of opposing the exchange and sharing of medical information concerning us.

The educational community, moreover, welcomed the vote of this amendment rather coldly. The nurses of the National Education (Snics) warned on the

"recording of the vaccination status of the pupils

"the policy of the whole safe risks to stigmatize the pupils and to cause tensions between vaccinated and unvaccinated. They don't need to be singled out but listened to ”.

Until now, there was no question at all for the government to lift this medical secret on vaccination in schools, we are therefore surprised to learn that it is coming out now ”. “The timing is surprising. We had raised this question with the ministry during the summer, before the start of the school year, but since then we had not felt the need at all to resort to it because we have been doing very well without for six weeks, ”

Olivier Véran however assured that this measure was

"carried by the national education and that it had given rise to a complete consultation of all the actors".

The bill has yet to be considered by the Senate from October 28.

And, if Parliament were to validate this amendment, it could enter into force by the end of the year.

Covid-19 at school: MEPs authorize school heads to access the vaccination status of their students 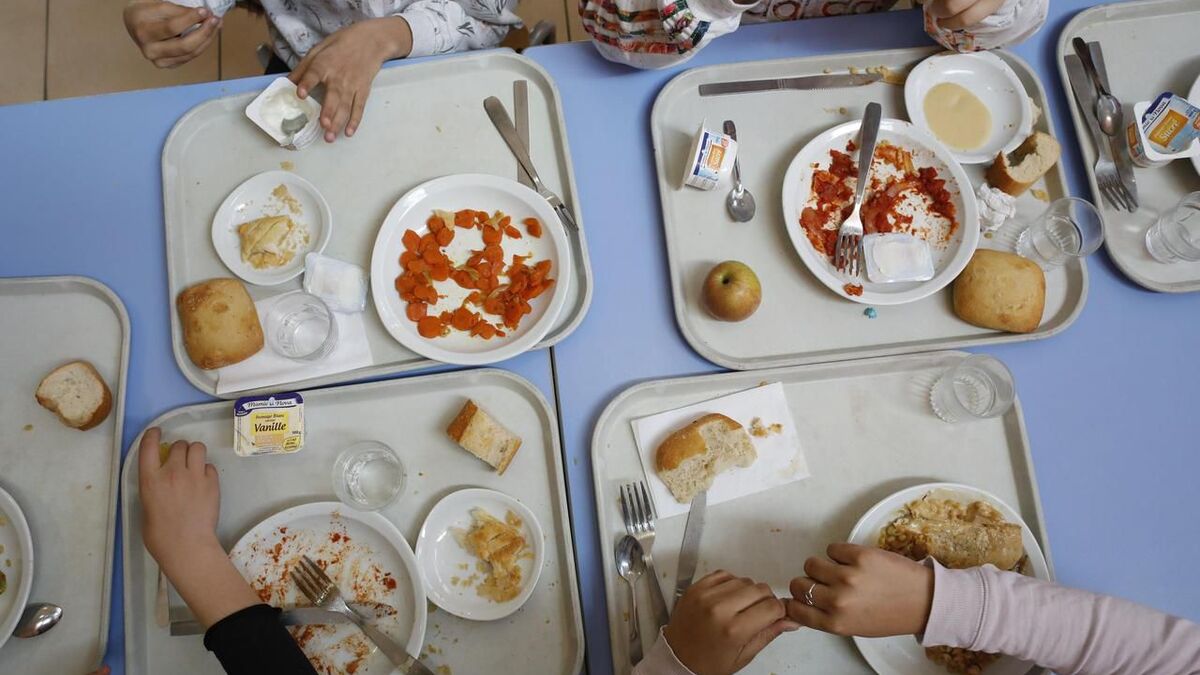 A high school illegally imposes the sanitary pass in the canteen and in the teachers' room ... before retracting 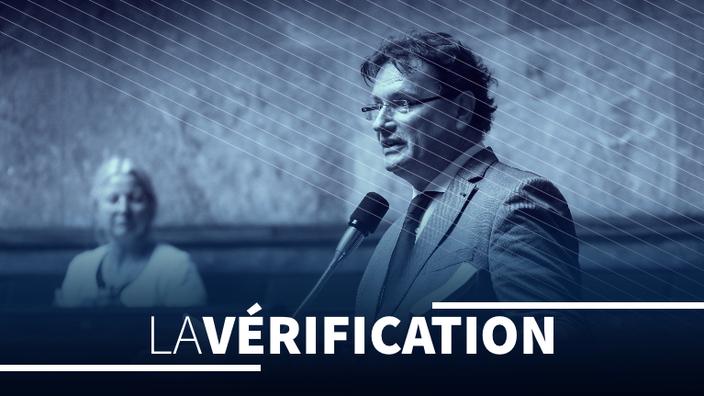 Access of school principals to the vaccination status of pupils: is the government "violating medical confidentiality"? 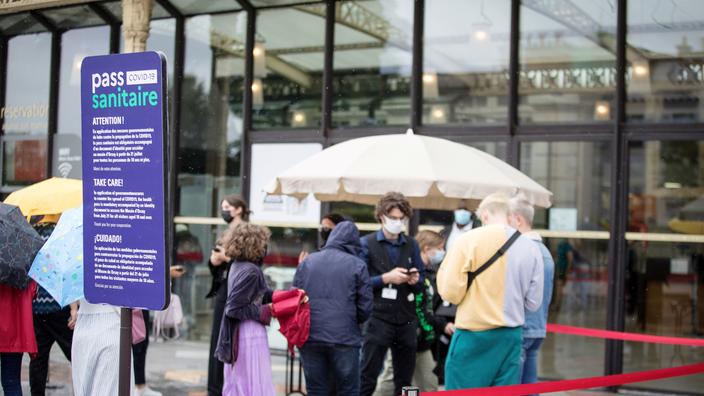 Covid-19: French people against the obligation of a third dose 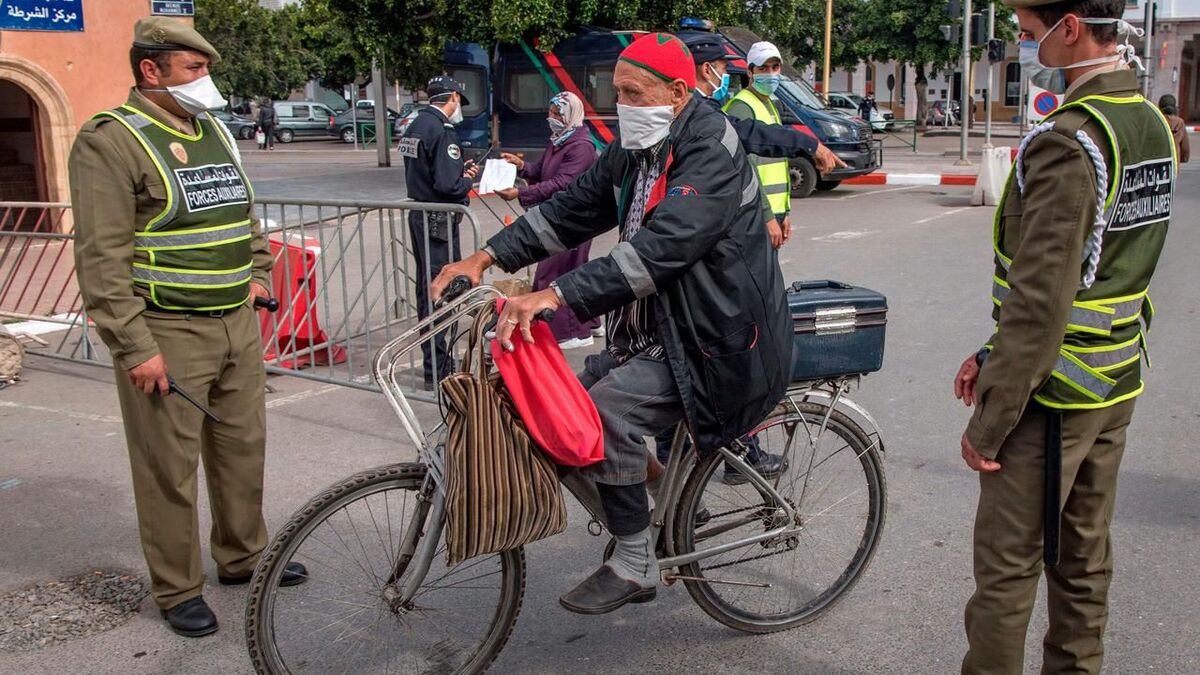 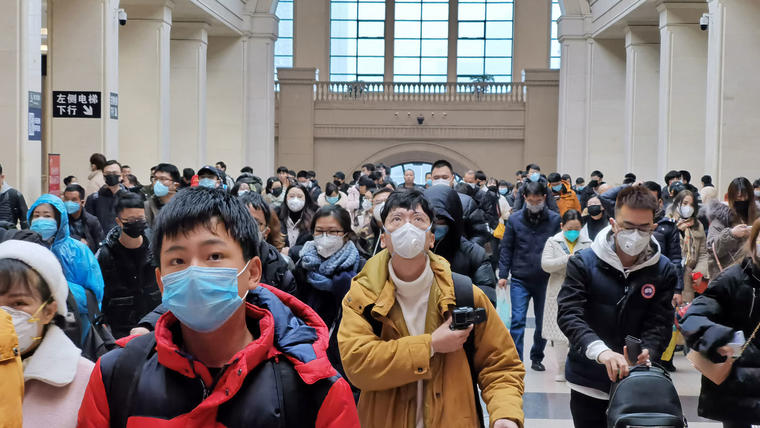 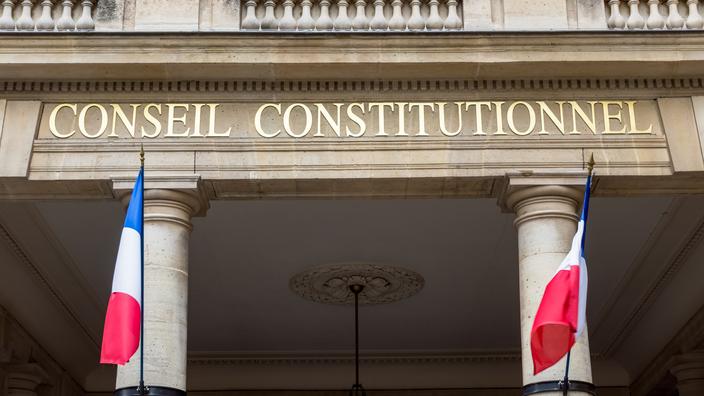 The Constitutional Council validates the pass until the summer, censors access to the vaccination status of students 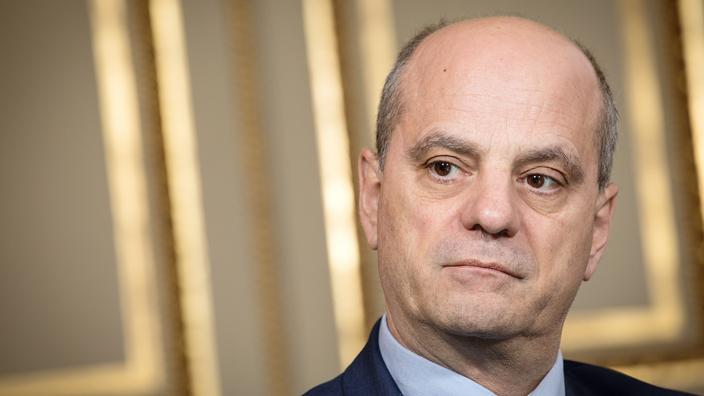 Back to school: vaccination campaigns in middle and high school 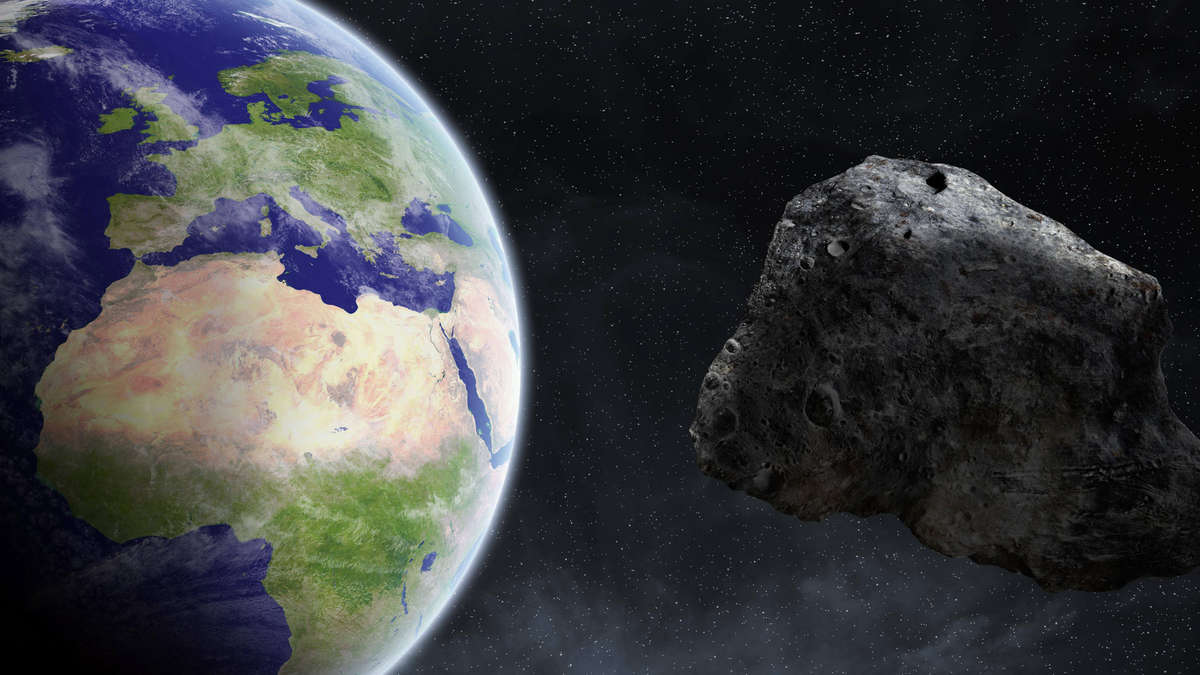 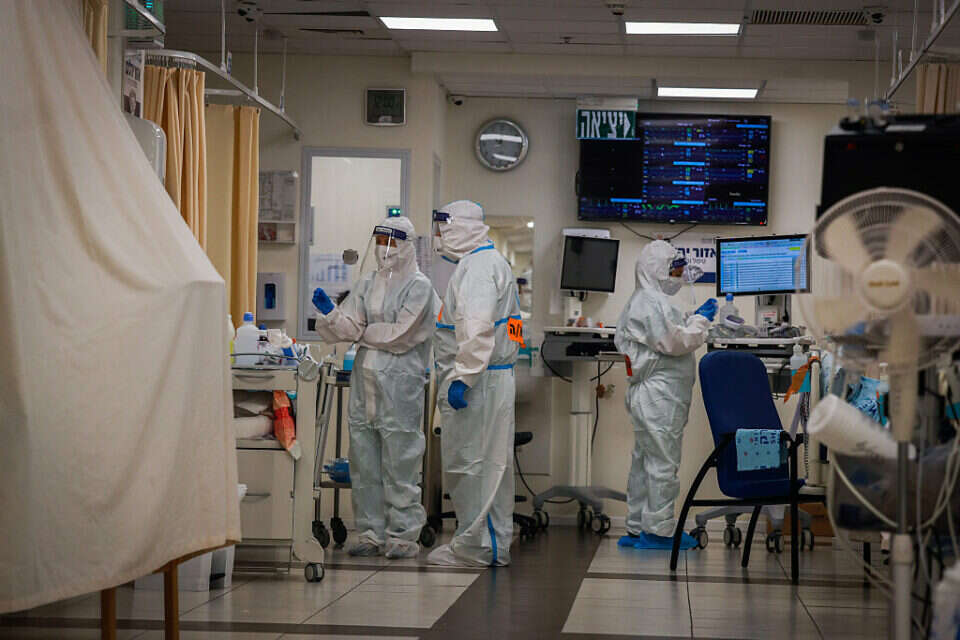 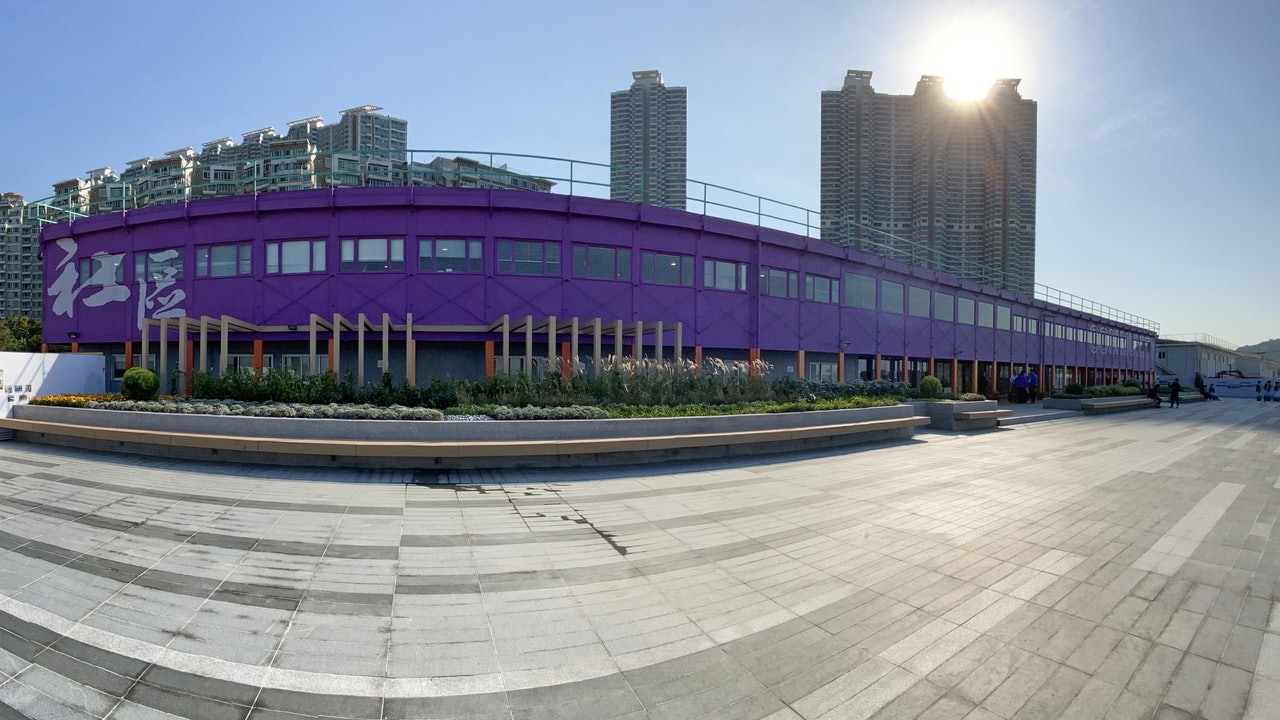 Has half a year passed since the second dose? In the Ministry of Health are released from isolation based on serology Israel today
2021-11-21T13:57:54.935Z

Leung Cheuk Wai appointed as Jockey Club director in charge of charity, annual salary is expected to rise by more than 9 million, higher than the principal of Hong Kong University Zhang Xiang
2021-11-21T13:34:12.859Z

"Must do something": Söder announces hotspot lockdown for EVERYONE and massive restrictions for those who have not been vaccinated
2021-11-21T13:34:06.022Z

Name of person killed in terrorist attack in Jerusalem: Eliyahu Kay, a new immigrant from South Africa who worked at the Western Wall | Israel today
2021-11-21T12:58:33.603Z