Two trains set off on the red route, which passes through Jaffa and stretches for 24 km, after more than 6 years of work. : "Historic Day"

Two trains set off on the red route, which passes through Jaffa and stretches for 24 km, after more than 6 years of work. : "Historic Day"

A test ride of the light rail in Jaffa.

After more than six years of work, the light rail completed tonight (Thursday) a first test ride along the red route. The two trains operated by the Urban Transport Routes Company (NATA) left the Depot complex in Petah Tikva at 00:30, stopped at Jerusalem Boulevard and arrived at Bat Yam Stadium at 03:00, a 24-kilometer route.

The night operation was accompanied by a police security ring whose job was to prevent residents from approaching the train dangerously. But even the late hours of the night did not stop many residents from pulling out their cellphones and sharing the historic moment. As part of the test drive, a number of components of the train complex, communications, signaling, electricity, the track, cameras, the carriages themselves, and its propulsion and safety mechanisms were put to the test.

"We made history today, we practically traveled from Petah Tikva to Bat Yam. For the first time, we opened the line from side to side with a perfect system in terms of electricity, carriages and tracks," said Nata CEO Haim Glick, adding that "we still have a lot of systems coordination work ahead.But this is a historic day. "

After years of waiting: The light rail set out for its first test ride in Petah Tikva

The test ride of the light rail in Jaffa (Photo: Official website, NATA)

"Until now there have been excavations, from now on I am starting to see the solution" (Photo: Official website, Nata)

In the next phase, in the coming days, the light rail will begin a series of test trips in Bat Yam and in about two weeks on the streets of Jaffa.

With its full operation in about a year, this trip will become a routine, with a train passing every 3.5 minutes at 24 elevated stations and ten underground stations, including the Allenby station, which is dug to a depth of about 35 meters.

Each train will be able to carry 500 passengers.

About three months ago, NATA first started running light rail travel trips. From the business owners located in the first section of the train ride. "From now on I'm starting to see the solution." 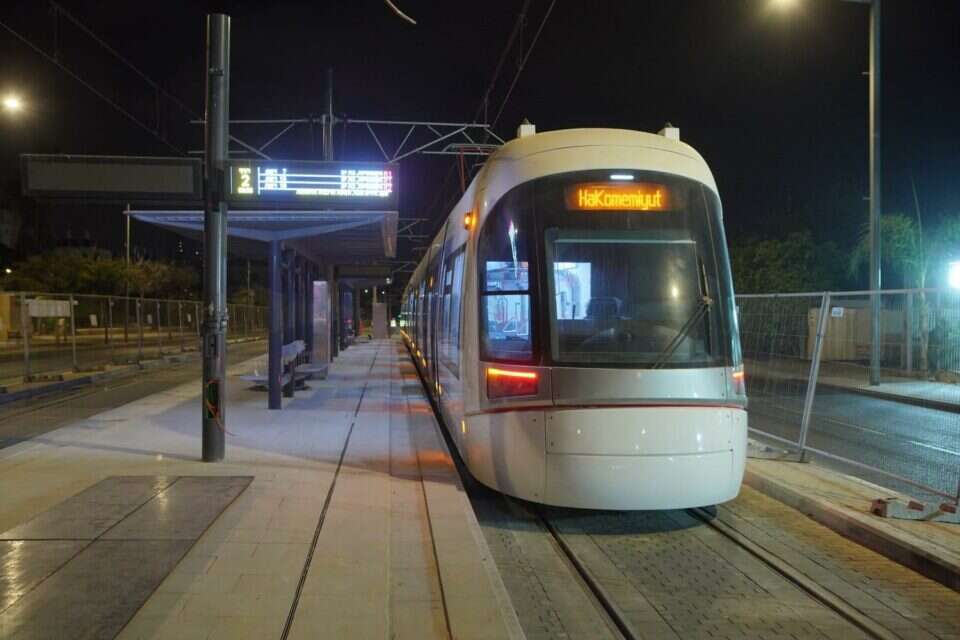 Trump's New Social Network And The World's Most Expensive Hotel | Walla! We ticked off - Walla! news

The light rail is on its way: Join the test ride between Tel Aviv and Bat Yam on the red line - Walla! News

Up to 3 minutes walk: The promising projects on the light rail route - Walla! Real Estate