Water damage in the historic Ballenhaus Schongau, the café is closed for at least three weeks. Reason: a previously not located leak under the screed. Tenant Hermann Gleich hopes that he can reopen as soon as possible. Water damage in the historic Ballenhaus Schongau, the café is closed for at least three weeks.

Reason: a previously not located leak under the screed.

Tenant Hermann Gleich hopes that he can reopen as soon as possible.

- Big construction site in the café in the Ballenhaus: A large part of the counter has been dismantled, chairs and tables have been moved aside.

The drying company is already at work.

Individual tiles are removed across the entire dining area so that holes can be drilled into the screed.

Warm air is then pumped under the screed through thick hoses, and the moist air is sucked off elsewhere.

"We were lucky that the Schongau specialist company was able to set an appointment for us straight away," says Hermann Gleich, who has been the leaseholder of the Schongau Ballenhaus Café since spring.

Most likely the kitchen and the counter area are affected.

But the entire dining area is damp, he describes the extent of the water damage.

The leak has not yet been found

And the leak is still not found.

For this purpose, another company will come on Friday or Monday, as Thomas Ola, an employee in the municipal building department, explains.

“The leak is probably in the sewer underground pipes, but it could also be a water pipe,” says Ola.

The leak is somewhere under the screed - it will soon be cleared up with a camera.

First of all, a small push camera should be used to search, then there is another TV examination, an inspection with a camera with GPS tracking, which records everything and also provides much better images.

It is hoped that a modern method will then be able to close the leak relatively quickly.

If that doesn't work, you may have to open the floor.

"It depends where the damage is," says Ola.

Amount of damage not foreseeable

Of course, the amount of damage cannot yet be foreseen - but in the case of water damage, this may also be a case for insurance.

However, there are still some costs involved: From the continued wage payments for the employees to the lost sales, something comes together.

“A large part of that will probably stick to me,” Gleich fears.

"We just have to get through that somehow."

All the more annoying for him, as it only opened at the end of June.

In February - in the middle of the pandemic - he signed the lease contract with the city in the town hall and originally wanted to open it in April.

The city wants to pull out all the stops

Because of the high number of infections, nothing came of this at first.

"We then used the long period of the pandemic for the renovation," said Gleich.

Which should now be pending again, but at least a decent major cleaning.

“That is of course annoying,” says city worker Ola, at least the damage has occurred now and not during the high season with outdoor dining.

The city has pulled out all the stops to repair the damage, says Ola: "We are trying to keep the breakdown as low as possible - we are at full throttle." In any case, you can count on at least three weeks.

Our Schongau newsletter informs you regularly about all the important stories from the Schongau region - including all the news about the corona crisis in your community. After a one-year break: preparations for the Schongau Christmas market have begun 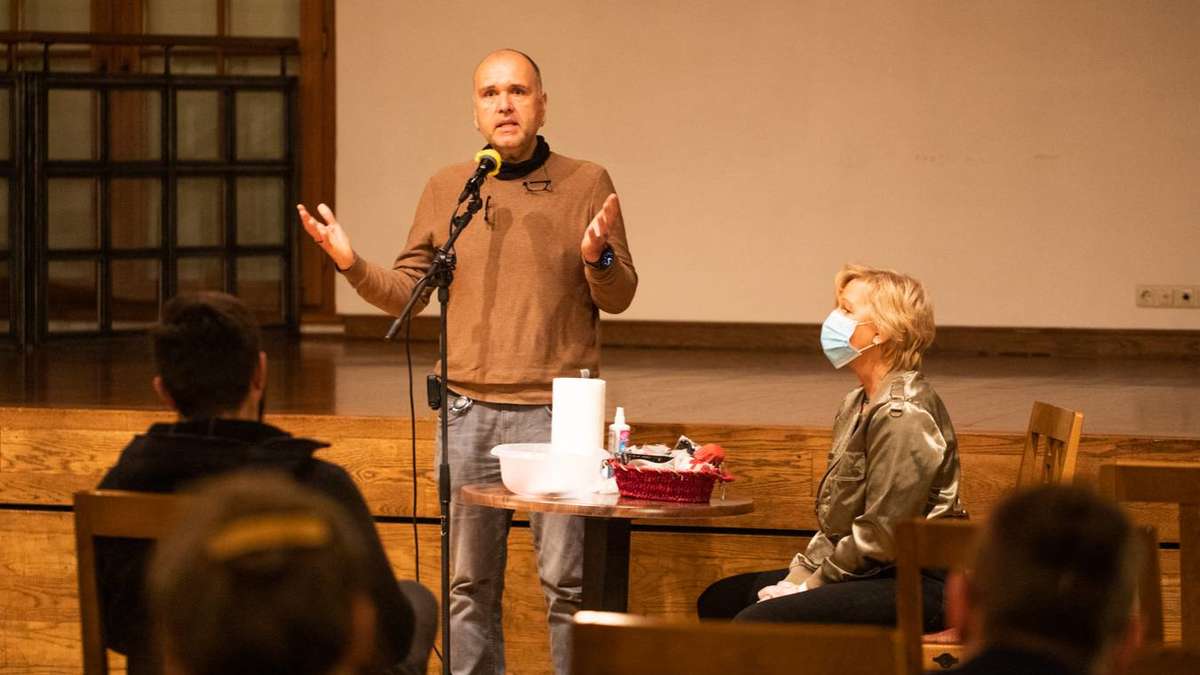 Action alliance fights for the Schongau hospital - "No more secrecy" The Schongau Carnival starts in a quiet little room