From the Airbus service, passengers landed and switched to another line.

On October 21 last year, Cathay Pacific announced the layoffs and reorganization, cut 8,500 positions, and many aviation employees joined the unemployed army. A year later, someone changed the runway, from serving passengers to airbus to driving citybus 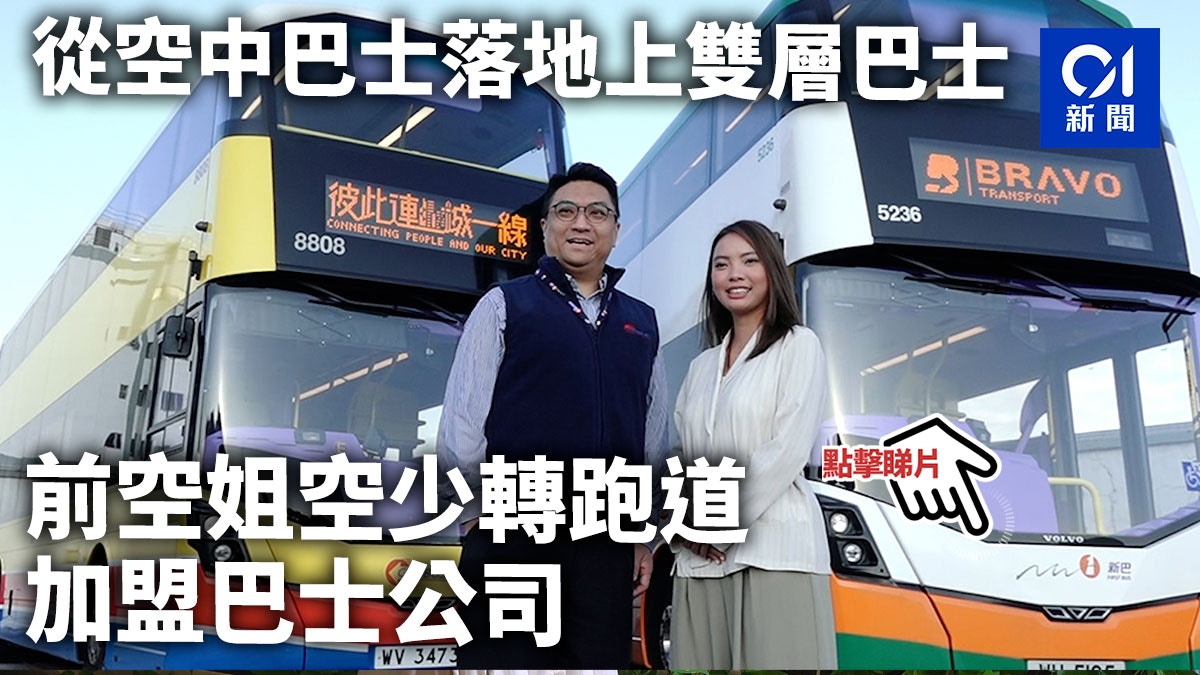 A year later, someone changed the runway, from serving passengers to airbus, to driving city buses.

Wang Zhenlin, who is currently a full-time Citybus bus captain, is a fan of land, sea and air transportation. Before the epidemic, he was a cabin service chief of an airline.

However, under the epidemic, his income was greatly reduced, and he decided to switch to a full-time bus captain.

Whether in the cabin of the Airbus or in the driver's seat of the bus, he laughed and said that he would use the same set of communication skills to greet passengers proactively. There are always people who appreciate his hospitality. He has been approved by passengers more often, and he was given moon cakes by passengers during the Mid-Autumn Festival.

Luo Xinglun, another aviation practitioner, worked as a Cathay Pacific flight attendant for 3 years before transferring to the logistics department.

However, because of income consideration, he left the aviation industry and joined Huida Transportation as a learning and development coordinator to provide training to colleagues.

She laughed and said that she was the only woman in the department, and her vision was broad after contact. She plans to obtain a bus license in the future and can work part-time as a bus captain in her spare time.

Topics on the first anniversary of Dragonair's graduation:

Dragonair graduated for one year｜More than 80% of local pilots laid off have not returned to work as pilots, and there is also a wave of emigration

The post-80s Wang Zhenlin (Stephen) claimed to be a fan of buses and airplanes. He has collected more than one hundred models of buses and airplanes. After graduation, he was engaged in marketing work, but in passenger airplanes and buses, his “transportation” has always been his "Dream Job", so I would rather reduce the salary to pursue my dream, "If you pursue your ideal in a prime time, maybe you won't have it in the whole life."

So Stephen became a part-time bus captain, and then joined the airline as a full-time vacancy. The two jobs are in parallel, and it has been about 7 years.

He is thankful that both companies have accepted "Going to the Sky and Landing". They can drive double-decker buses and serve passengers on the airbus, and they can even be promoted to the cabin chief.

It is a pity that under the epidemic, the aviation industry is close to shutting down. Stephen's main job workload is insufficient, and his income has been greatly reduced. "In fact, he is really hesitating. I really worry about it."

Fortunately, with the approval of the airline, Stephen became a full-time bus captain since April last year.

Farewell to the sky, but Stephen does not forget his vacancy status. He uses the "Magic Wordings" he has learned in the aviation industry to communicate with passengers, such as proactive greetings.

When the passenger has a problem, he will take the initiative to help and say, "Look at me, I can help you."

If there is a delay in traffic jams, they will also take the initiative to apologize, "Oh, I'm sorry, maybe because of the previous traffic situation, there will be some delays. It's really right."

With his good service attitude, Stephen has been appreciated by passengers many times.

However, the reaction of passengers is sometimes beyond imagination. Stephen laughed and said that after he had greeted him proactively, it caused misunderstandings, thinking that he was dissatisfied with what he said was inferior.

▼Excerpts of the dialogue between Stephen and the passengers▼

you done, say hello to

Stephen replied: "No, say hello to you."

Passenger: "Are you struggling with me?"

Stephen responded : "Well, every one of me is a VIP, I hope you get in the car happily."

Although there have been unpleasant experiences, there are also a lot of worries.

The good attitude has also been favored by many passengers. Stephen has received thank-you letters from passengers several times, and these bits remain in his mind.

In addition to serving as a flight attendant, Stephen also obtained a private jet license and soared into the sky, but he said with a smile that he always likes to get along with people and thinks driving a bus is more enjoyable.

If there is a choice between the bus captain and the flight attendant, how will the choice be made?

He thinks that the two, like pineapples and apples, are difficult to compare directly, but they both love them. "Both are really favorites. We should do our best to do our best."

Luo Xinglun (Helen) also converted the runway, currently at the parent company of NWFB and Citybus, Huida Transportation, as a learning and development coordinator.

Helen joined the aviation industry in 2015 as a flight attendant at the beginning, and transferred to the logistics department in 2018, after which he was responsible for training.

She recalled that she originally worked about 20 days a month, but under the epidemic, the workload was greatly reduced. There were only 3 to 4 days to work each month. She felt that she was wasting her time, so she had the idea of ​​changing jobs. I wasted my time every day, and then I felt that depending on the prime time (prime time) of my family’s life, I didn’t want to waste time, so I decided to work actively.”

Helen joined Huida Transportation in June this year and was originally in the aviation industry.

By June of this year, Helen joined Huida Transportation and was responsible for coordinating various types of courses, including external courses for car captains and office employees.

She laughed and said that she was unaccustomed to things. For example, when colleagues mentioned bus terminology from time to time, she didn't know anything at first. Women also need to get in touch with older car captains from time to time, but she said with a smile that her past communication skills can still be applied, and as the only lady, she sometimes feels "loved" and is respected by others.

Helen said frankly that he had never thought about joining the bus industry and he was not a bus fan. However, after contacting him, he found a lot of knowledge. For example, there are different styles of buses. Now he even thinks that buses are more interesting than airplanes, and he doesn't miss the aviation industry too much.

Speaking of the future, in addition to working hard to develop a promotion in the current position, she also plans to take the bus license plate, so she can be a part-time bus captain in her spare time.

Huida Transportation stated that in order to cope with business development, more than 300 bus captains need to be hired, and people from all walks of life in the community who are enthusiastic about serving the public are welcome to join.

Dragonair closes one year | Hong Kong aviation industry loses 8,600 scholars: salary increase is needed in the future Foreign pilots were granted visas for foreign flight attendants, and their visas were renewed for six months to three years. The investigation of a Dragonair passenger plane crashing into a trailer last year alleged that the ground crew made mistakes and urged HAECO to strengthen training. The former Dragonair captain built a 1:1 simulation cockpit, hoping to cultivate new aviation blood. 11-year-old professional performance 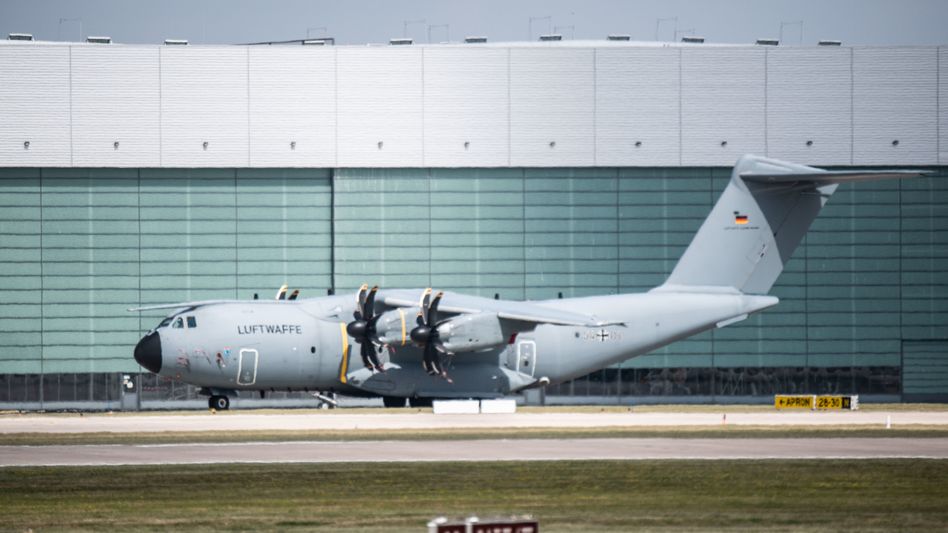 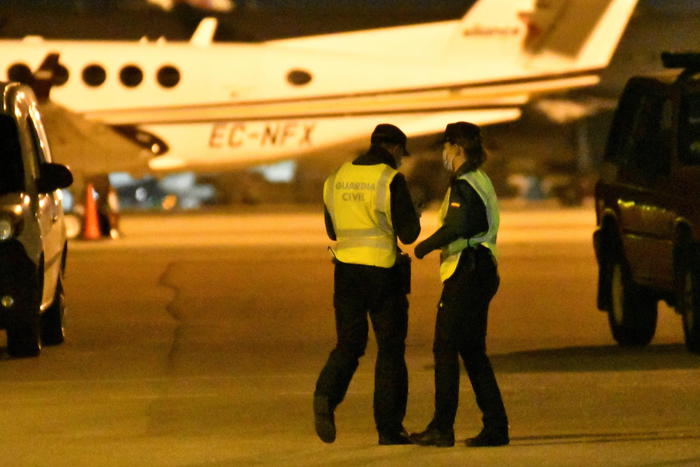 Flight from Morocco lands in the Balearics, passengers on the run

Flight from Morocco lands in the Balearics, passengers on the run

The new airline that will fly from Tel Aviv only with a business class - Walla! Tourism

After a long break: Airbus A380 lands in Düsseldorf again 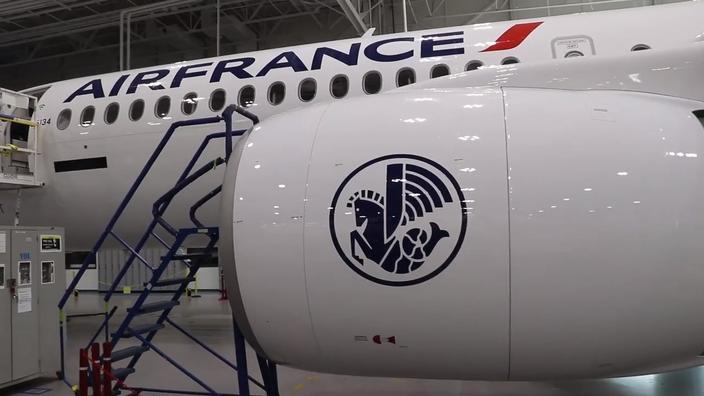 Air France inaugurates its A220: we previewed it 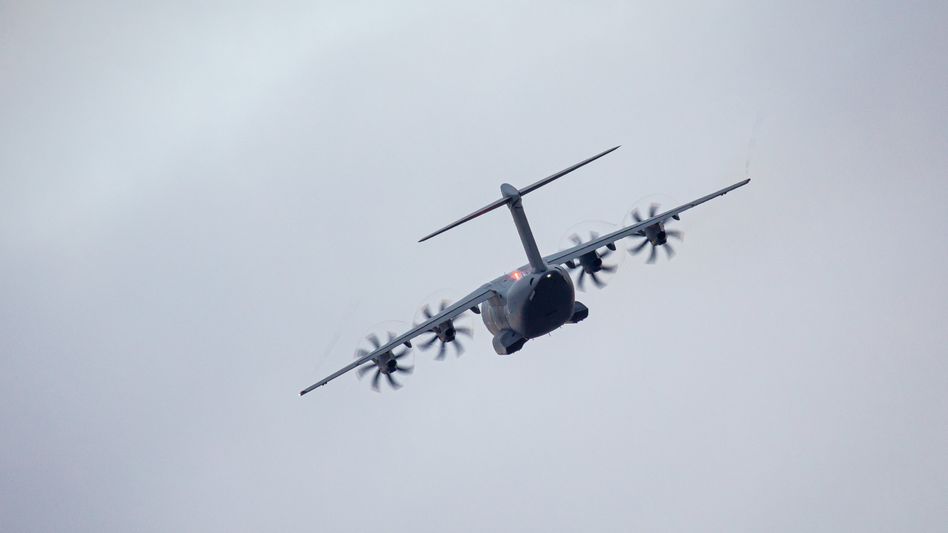