Six years ago, many footballers left a local council meeting in a dejected state. Their future project, an artificial turf pitch, had been buried with ten votes to ten. After the most recent meeting, the situation is now completely different. The footballers can cheer. Six years ago, many footballers left a local council meeting in a dejected state.

Their future project, an artificial turf pitch, had been buried with ten votes to ten.

After the most recent meeting, the situation is now completely different.

The footballers can cheer.

- Many young footballers stand on the sports field in Indersdorf, raise their arms, cheer.

There are two signs on the floor in front of you, one of which has just one word in capital letters: THANK YOU.

The reason: In the municipal council meeting on Wednesday evening, the majority of local politicians (17: 8) approved a grant for an artificial turf pitch for the footballers (we reported). It should be created on the rear training ground.

The story of the artificial turf project in Indersdorf is long. The TSV has been fighting for a suitable place on its premises for six years now, and after countless information events, meetings and on-site visits, applied to the municipality for a subsidy. Without success. At that time, the application was rejected with ten to ten votes. After this meeting in November 2015, the Facebook page “Kunstrasen für Markt Indersdorf” read: “A pitch-black day for TSV Markt Indersdorf and for TaF-Glonntal. But above all a sad day for the children and young people who are organized in club sports in Markt Indersdorf. "

Now, six years later, the mood in football circles is resolved. TaF Chairman Sigi Frost said after the meeting on behalf of the planning team: “We are extremely happy that the political leaders are giving us this tailwind for so many athletes and our volunteers. The trusting cooperation with Mayor Obesser and the understanding and active advocacy of many local councils were outstanding. Thanks for that. ”The TSV football department currently has 487 members, 229 of whom are children and young people.

Six years ago, Franz Obesser's footballers would have wished for a clear position for or against the project - but at the current meeting things looked completely different: Even before the discussion started, Obesser was clearly in favor of the artificial turf pitch. He paid his respects and thanks to those responsible for the TSV, "for the many information events, presentations and meetings in the town hall", the preparatory work was highly professional. More capacity to train in the wet and cold months, a relief and appreciation for trainers and officials: in Obesser's eyes all important points. He emphasized: “Yes, we have big plans and that is a lot of money, but that should be accommodated!“Even the draft resolution was not formulated openly - the administration and mayor clearly positioned themselves for the project. It said: "The municipal council takes note of the application by TSV-Indersdorf and approves it."

The debate that took place in the meeting was an emotional one: there were passionate advocates for volunteering. Helmut Ebert (Free Voters), for example, emphasized: “The pitch is a motivation for coaches and players.” He pleaded for “setting an example”. Every investment in clubs and organizations with youth work is "right." He emphasized: "If we wait until we have no important tasks, until we support clubs, then we'll never do it!"

Hans Wessner (UWD) emphasized - as he did six years ago - how important it was for him to invest the money for young people and committed people.

“We actually have to do it.

For the volunteers who contribute to the future of our community. ”That, too, is a kind of duty for him.

Olaf Schellenberger (CSU) even went so far as to say: “Where do we want to go as Indersdorf?

Do we want to be a modern church, one that helps its clubs, or are we rabid and don't trust each other? "

“Someone who votes against accusing hare-footedness has a new quality in such a committee.” He hopes that the TSV “does not evaluate everyone who votes with no in such a way that he does not appreciate the volunteer work”.

SPD man Hubert Böck explained how important an artificial turf pitch is for many athletes at TSV, as he did six years ago. It wasn't just the footballers who benefited from this. The additional space creates the urgently needed capacity in the hall for other athletes. "What is important to me: The community and the TSV create additional capacities for youth work."

Six years ago, in addition to the sum, one point of criticism was repeatedly discussed: The course is located in the flood area. But data from studies, the experiences of other municipalities and an okay from the water management office were enough for Böck and 16 other local politicians to support the project. Not so with Andreas Geier and his parliamentary group in Niederroth. "To build an artificial turf pitch in the flood area is a prank of the citizens!" In addition, "I appeal to the councils not to jeopardize the community's financial capacity to act". For the project - as of today - 1.155 million euros are estimated, the grant application amounts to 750,000 euros.

Hans Lachner (CSU), who said six years ago that he did not want to see the application again before 2020 ”, has now changed his mind and supports the project.

He countered Geier: “If there are no more 350,000 euros in it for a community like Indersdorf, we have another problem.

For me these are not numbers. "

The Greens did not want to support the artificial turf pitch from an environmental point of view, "because the problem with microplastics has not yet been clarified," as Axel Noack explained.

Like six years ago, Peter Keller (Free Voters) also stayed with his no-vote.

The money is to be placed in the next two households (18: 7 votes).

If there are massive increases in costs, the issue ends up in the municipal council again.

Sigi Frost and the other TSV representatives were relieved after the meeting.

Frost is certain: "A place like this is an incredible motivational kick for everyone - but especially for young people!" Yes to funding - after a fundamental discussion Athletes have to wait for new turf 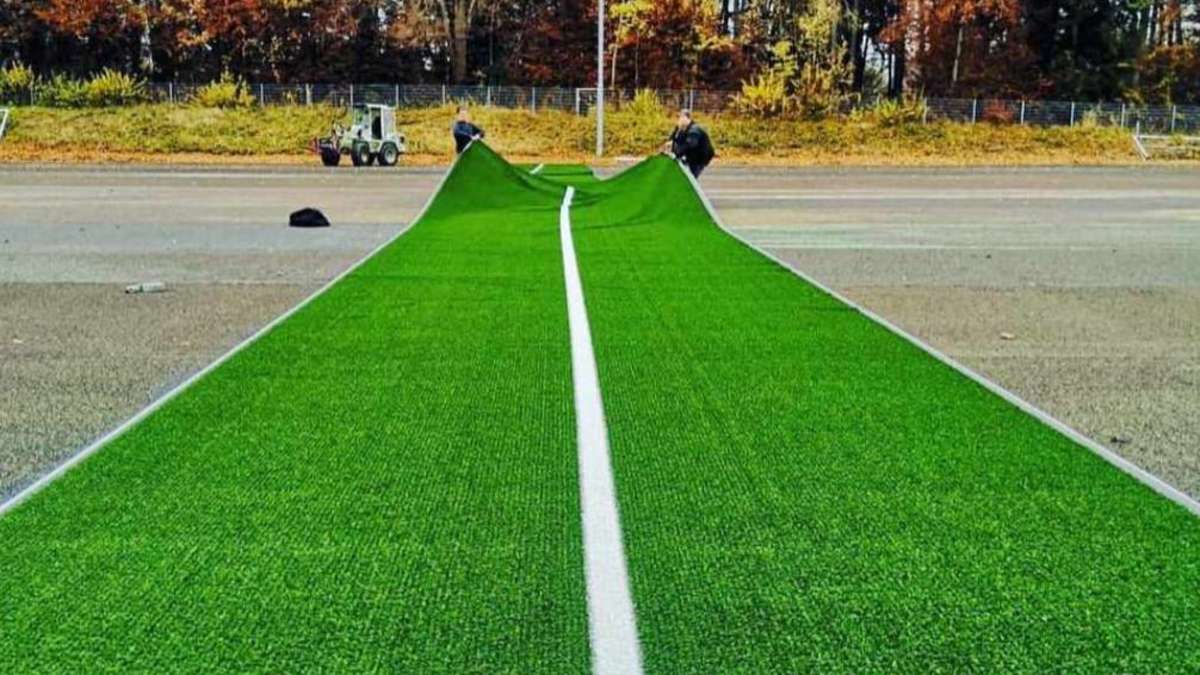 Milestone for FT Starnberg: The lawn is rolling Money placed in the budget: Poing wants to move ahead with the construction of another soccer field 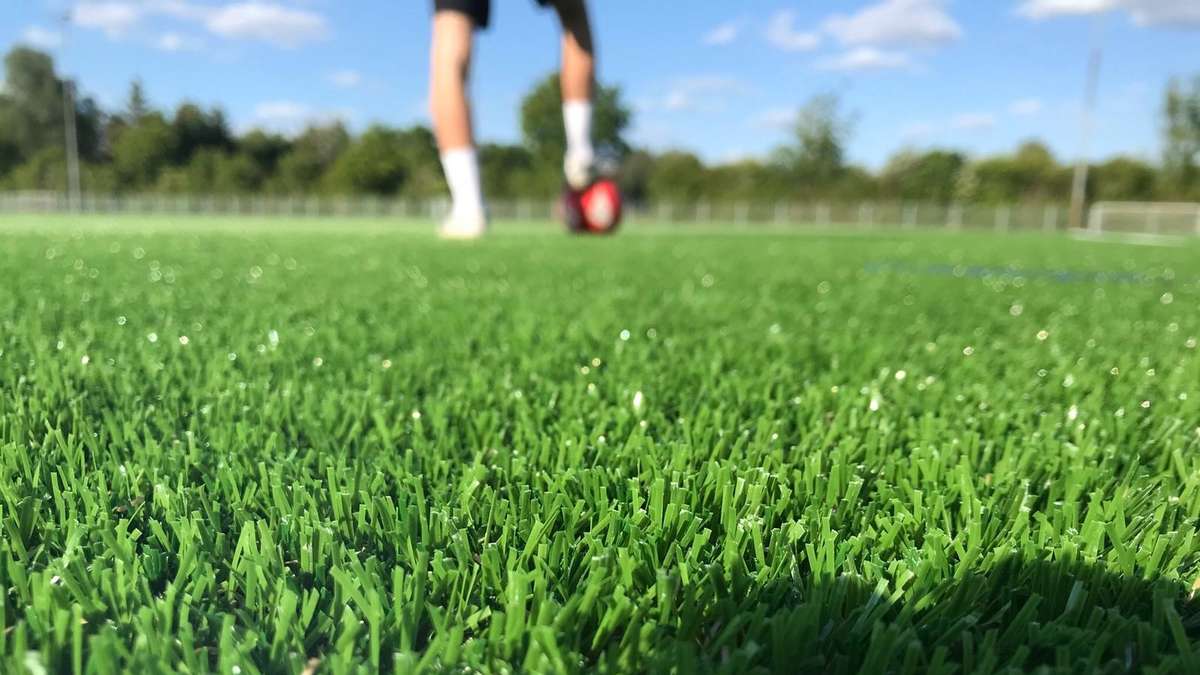