Lenggries fire brigade: 150 years in the service of one's neighbor

The Lenggries fire brigade was founded in 1871. The volunteers have been serving others for 150 years. A look back at the milestone birthday. The Lenggries fire brigade was founded in 1871.

The volunteers have been serving others for 150 years.

A look back at the milestone birthday.

Lenggries - The evidence hangs in a conference room of the fire brigade building: 1871 is written on the deed of incorporation, which is kept there behind glass.

It is a bit brittle, a corner of the paper is missing at the bottom left, but the year it was founded is easy to read.

The Lenggrieser Wehr will be 150 years old this year.

Actually, the anniversary would have been celebrated in the summer - with a beer tent and all the trimmings.

Corona made that impossible.

In the coming year, however, the celebrations should be rescheduled - if the pandemic allows.

The first extinguishing machine was bought in 1845

The first extinguishing machine (pump) was bought for the municipality of Lenggries as early as 1845. "The water syringe delivered about 5 buckets per minute and cost 950 guilders with the addition of 150 feet of hoses," says the fire brigade's chronicle. A second fire extinguishing machine followed in 1855. The performance of this fire engine was significantly higher, the operation more complex. A compulsory fire brigade took care of them and had to practice four times a year. In addition, a voluntary fire brigade corps was formed on March 10, 1871. The foundation stone for this was laid by the privateer Franz Paul Schöttl zum Grundner in the village. He was supported by the then mayor Josef Schalch, the carpenter Josef Heyfelder, the merchant Johann Trischberger and the innkeeper Peter Pfund. The response was great from the start:The first call was followed by over 40 citizens, farmers and workers. On April 24, 1871, the founding party was celebrated and the flag donated by the innkeeper Regina Pfund was consecrated.

The deed of incorporation.

From the beginning, the donations for the fire brigade were plentiful

The first in command was carpenter Josef Heyfelder. In a very short time he had set up a well-trained fire brigade corps. A positive side effect: there were plenty of donations that made it possible to buy new extinguishing equipment. The fire brigade completed its first large-scale operation on December 21, 1872. It was deployed to a Remisenbrand near Aschenloher in Anger. In 1896 the Wehr celebrated its 25th anniversary, 23 founding members were awarded. In 1911 only nine of the 46 founding members were still alive, three of whom were still in active service. The armed forces had a total of 90 members. However, the First World War left deep wounds, and many soldiers did not return home. The 50th anniversary in 1921 was therefore celebrated modestly. However, a standard was acquired and consecrated,which was renewed in 1931.

The dark years of the Nazi era followed.

"Dark clouds rose in the political sky, the 'Führer' called to arms, and a terrible struggle was to begin, in which our defense was also put to severe tests," says the chronicle.

The Second World War claimed many victims in the ranks of the Wehr.

"Those who were left came home wounded, sick, emaciated and hopeless from the prison camps and hospitals," the chronicle continues.

"Board member Georg Meßmer and commanders Josef Hundegger and Xaver Taubenberger had to maintain fire protection with old men and young people who had barely outgrown school." And it was not only in Lenggries that the fire was extinguished - the Isarwinklers also moved to Munich after the bombing raids.

After the end of the war there were only a few members of the armed forces left. Mayor Georg Meßmer, raft master Franz Xaver Taubenberger and the former district fire master Johann Gerg, who had been discharged from military service, set everything in motion with a few loyal followers to rebuild. And very slowly the weir headed towards its old heyday. The community supported the effort. A particularly happy occasion was the inauguration of the new fire brigade tool house on September 20, 1953. Cost: a good 151,000 D-Marks. A Wehrmacht vehicle that the SS had left behind on Hohenwieser Berg was also converted into a fire engine for the fire brigade. It was not the only unusual vehicle in the Wehr's fleet: in the 1960s, then commander Josef Schwemberger bought a Kaiser Jeep as a multi-purpose vehicle from the Americans."He was affectionately called Daktari by everyone," says the chronicle.

The challenges for the fire brigades - there are seven district brigades in the municipality - have not diminished over the years. The construction of tall buildings such as the “Brauneck Hotel” made it necessary for the Lenggries fire brigade to purchase a 30-meter turntable ladder for rescuing people. This idea was put into practice in 1978. The story behind another vehicle acquisition is somewhat unusual: in 1978 the fire brigade got a Volvo C202. This vehicle from Sweden was actually intended for Iran - hence the sand-colored version. "However, because the Shah was about to be deposed, vehicles were no longer delivered there and instead sold to interested fire brigades and mountain rescue services," says the chronicle. The good piece only had to be repainted in fire engine red.

Emergency vehicles now cost as much as a row house

In 1981 - for the 110th anniversary of the founding party - a new fire brigade standard was consecrated.

In 1996 the fire station was to be converted and extended.

Two halls to the south and an apartment for the equipment manager on the first floor were built.

This picture was taken in 1908 in front of the current town hall.

The emergency vehicles were renewed piece by piece in the following years.

That is only possible with a great financial effort.

Because now vehicles sometimes cost as much as a row house.

It can be used for technical assistance, traffic accidents, rescuing people and floods.

The equipment is extensive and ranges from a water cannon to a light pole with spotlights to a rescue spreader to free people who are trapped.

The latest acquisition among emergency vehicles is more than twice as expensive: the new turntable ladder, which replaced its 40-year-old predecessor in 2017, cost 661,000 euros. On March 14, 2017, a fire brigade delegation around the then mayor Werner Weindl picked them up from the manufacturer Rosenbauer in Karlsruhe. The 16-ton emergency vehicle is state-of-the-art. “We took everything that was possible and useful in terms of equipment. There is nothing more, ”said Commander Hans Willibald. And the then district fire supervisor Robert Schmid joked at the spring meeting of the fire brigades: "I think I need three hours if I am counting all the things the turntable ladder has."

But investments are not only made in vehicles.

Step by step, the fire brigades in the Lenggries community area are currently being equipped with new helmets and operational clothing.

Since it is about the exchange of around 450 sets, the whole thing should be stretched over three years.

And plans are already being made for the future.

The municipality of Lenggries would like to create a central hose maintenance facility for all fire departments in the municipality.

It could be installed centrally in the former open-air bank building next to the equipment shed for the Lenggries fire brigade on Münchner Straße.

The fire brigade currently has 113 active members, including three women, and 76 passive members.

The emergency services not only extinguish fires and provide support in the event of disasters, they also maintain partnerships with colleagues from Brittany and the Stans fire brigade in Tyrol.

They are also happy about the success of the wine festival at the fire station, which takes place every two years.

The next generation, who are currently very strong, is also important.

"We had a lot of new members, new members aged 15 and over are also welcome," says Commander Hans Willibald.

One of the biggest missions in recent years was rescuing people from the cable car's gondolas when it came to a standstill after a bolt broke.

The Lenggries fire brigade has been on duty in countless fires over the past 150 years.

But the active people also have to move out again and again in the event of floods and traffic accidents.

One of the biggest missions in recent years was not an extinguishing operation, but a rescue of people: When the Brauneck cable car stopped on January 12, 2010 after a bolt broke, the fire brigade rescued the stuck passengers from the lower gondolas, while the passengers above with them Helicopters had to be rescued from their predicament.

Lenggries fire brigade: 150 years in the service of one's neighbor Anniversary of the Oberfischbach fire brigade: 100 years of idealism and camaraderie 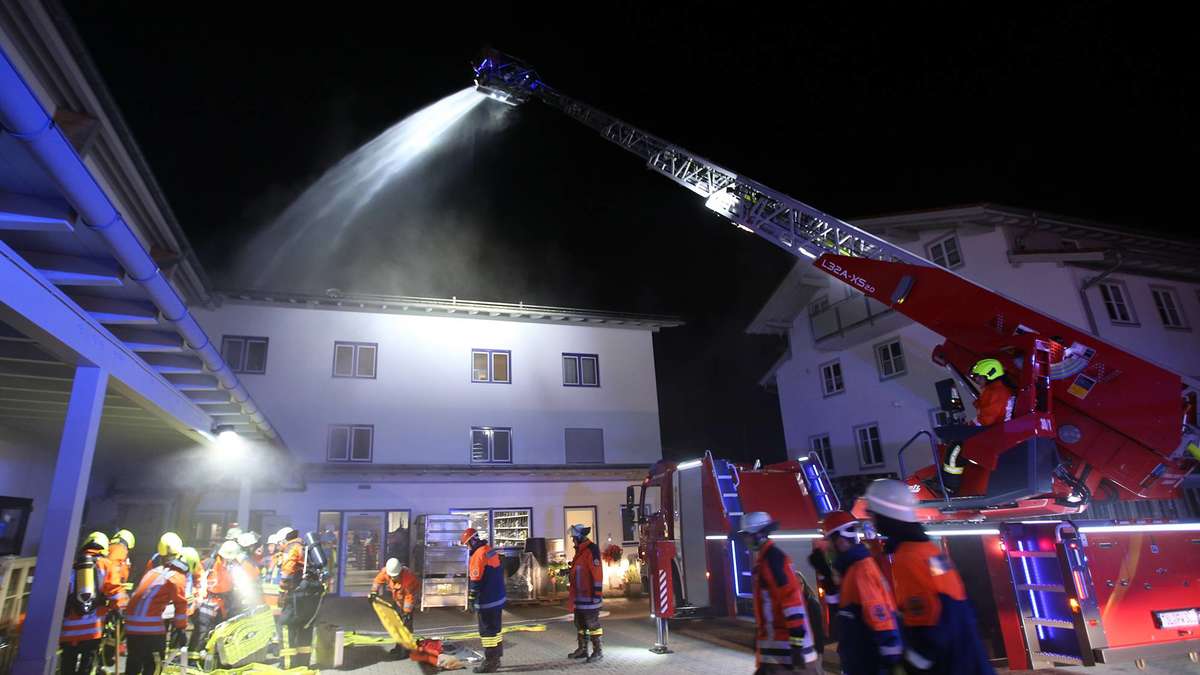 Huge column of smoke over Tölzer Land: fire broke out - operation is ongoing 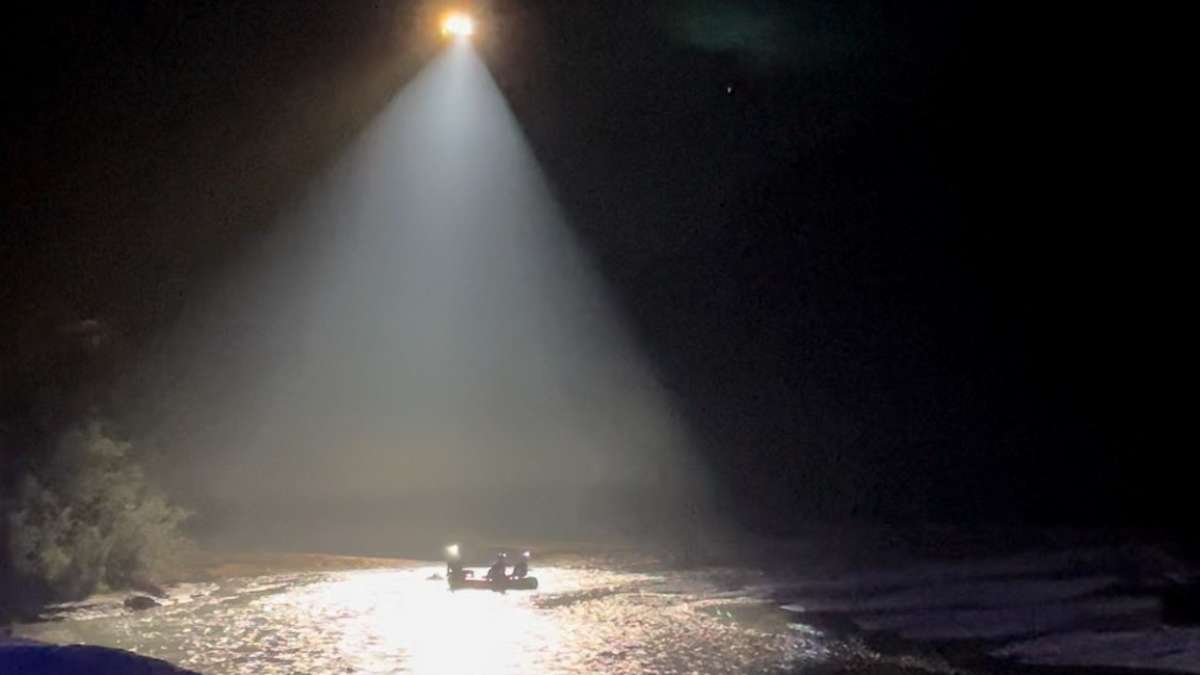 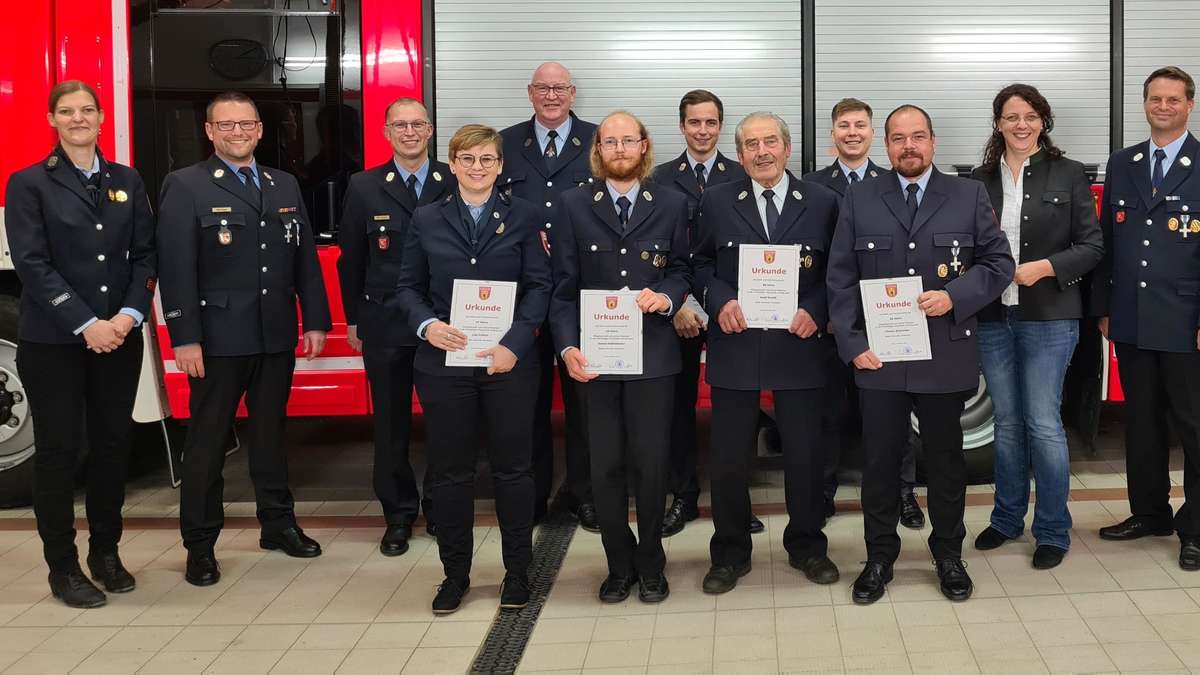 Always there when there's a fire: The Baiernrain Voluntary Fire Brigade is 150 years old