The Standard Chartered Hong Kong Marathon was suspended last year due to the raging new crown pneumonia epidemic for the first time since 1997. This year, it has been postponed from the original schedule on January 24 in response to the repeated local epidemic. With the epidemic finally relatively stable, Zama finally 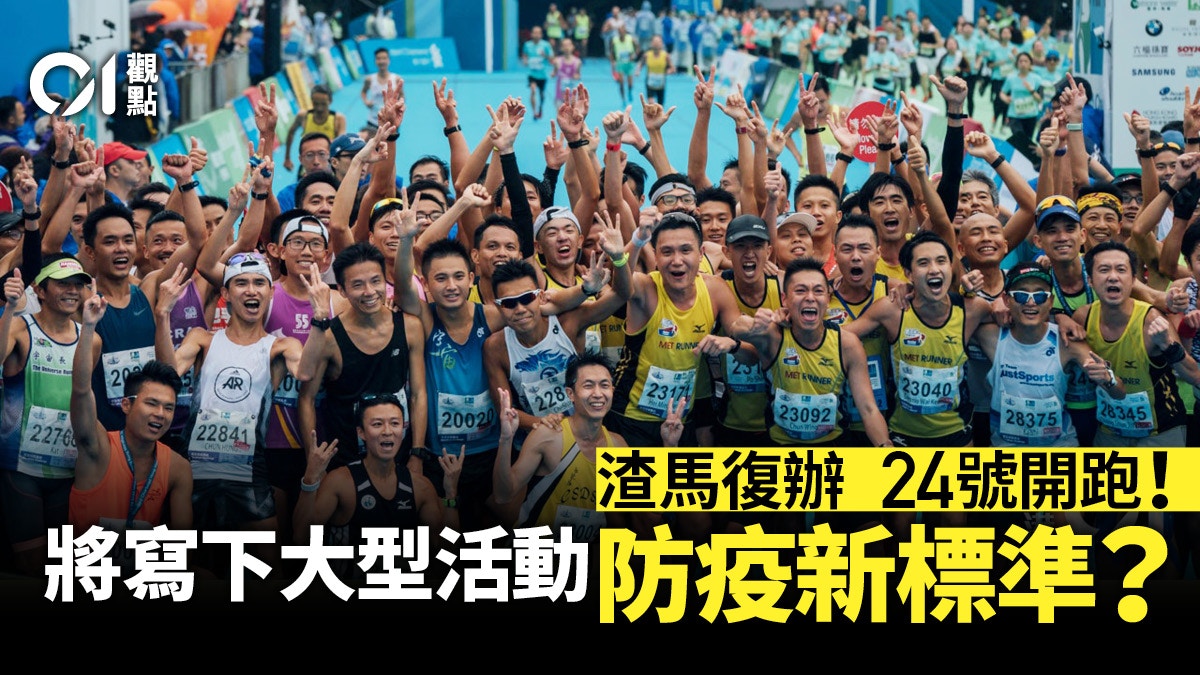 The Standard Chartered Hong Kong Marathon was suspended last year due to the raging new crown pneumonia epidemic for the first time since 1997. This year, it has been postponed from the original schedule on January 24 in response to the repeated local epidemic.

With the epidemic finally relatively stable, Zama finally implemented it on October 24. It was the first large-scale mass sports event in Hong Kong open to public participation since the outbreak.

After the return of Zama, a number of measures must be taken in response to the post-epidemic era to prevent the outbreak from recurring under large-scale mass activities.

Moreover, the effectiveness of the measures, whether successful or not, will bring valuable enlightenment to large-scale mass activities in the post-epidemic era.

Key points of measures to deal with large-scale mass events

The measures taken by Zama this year include: drastically reducing the number of participants from 74,000 to 18,500; non-elite runners adopting a streamlined starting arrangement; and adding relevant anti-epidemic regulations, including: runners must be no later than 14 before the race Runners who completed the vaccination within the first day and successfully obtained the quota must make an appointment to receive the runner package. On the day of receiving the runner package, they must submit the vaccination record in person and confirm that they have not visited a health declaration form outside Hong Kong in the past 21 days. Complete the government-approved nucleic acid test for the new coronavirus within 72 hours before the game, wear masks and maintain social distancing except on the runway or designated restricted areas.

In conclusion, the main adjustments of the above measures are inseparable from reducing unnecessary contacts, reducing the scale of activities and vaccination, and taking the principles of public safety and epidemic prevention as the starting point of the measures.

Xu Shuchang, a government expert consultant and chair professor of the Department of Respiratory System at CUHK, also stated in a radio program that Slagma requires the contestants to take two shots, set a limit on the number of people, and conduct activities outdoors. I believe they have minimized the risk.

The government holds the sovereignty of approval

To say that the current epidemic prevention regulations are coordinated by the Athletics Association, the Standard Chartered Hong Kong Marathon and the government, it is actually only half right.

From a procedural point of view, the Hong Kong Athletics Association and the Hong Kong Horse Preparatory Committee submitted to the government in July a proposal for the resumption of Zama, which listed the latest epidemic prevention measures with reference to the latest regulations of multiple international marathons. After the bureau initially agreed to the existing plan, it obtained the approval of other relevant government departments, and finally the Zama party was able to resume it.

In addition, Guan Qi, chairman of the Hong Kong Athletics Association, said in an earlier interview that the initiative to resume the event actually lies with the government, and the conference is the party that cooperates.

Compared with Clockenflap, a large outdoor music festival in Hong Kong earlier, it can be seen that the authorities have not slackened on the epidemic prevention.

At that time, the Food and Health Bureau required all audiences to sit down to watch the performance. At the same time, the audience was not allowed to eat or drink, and there were restrictions on entry. The organizer believed that it could not provide the audience with a real music festival experience and announced the cancellation of the music festival.

If other large-scale event organizers want to continue their activities, it seems that they must make a choice.

Of course, the government actually maintains a positive attitude towards the resumption of large-scale events, and it does not blindly demand that all activities be banned.

President Tian Guan Qi once revealed that the government's response to the resumption of Zama has been quite positive.

At the same time, since striving to clear zeros is the primary anti-epidemic goal of the SAR government, doing a good job in epidemic prevention is bound to be the government's biggest prerequisite for holding large-scale events.

In addition, when the eligibility for participation in the event includes requiring participants to complete the new crown vaccination, it will also help encourage more people who have not been vaccinated to get injections, and further expand the vaccination rate.

The event organizer will set up anti-epidemic measures, submit them to the government for approval and decide whether to carry out the evaluation activities. It is believed that this will become the trend of bidding for large-scale events under the new normal.

For example, the Victoria Harbour Crossing 2021 is scheduled to resume on December 12 this year. Future large-scale events can learn from this Zama as a reference benchmark and take corresponding measures in accordance with the current epidemic control policy. 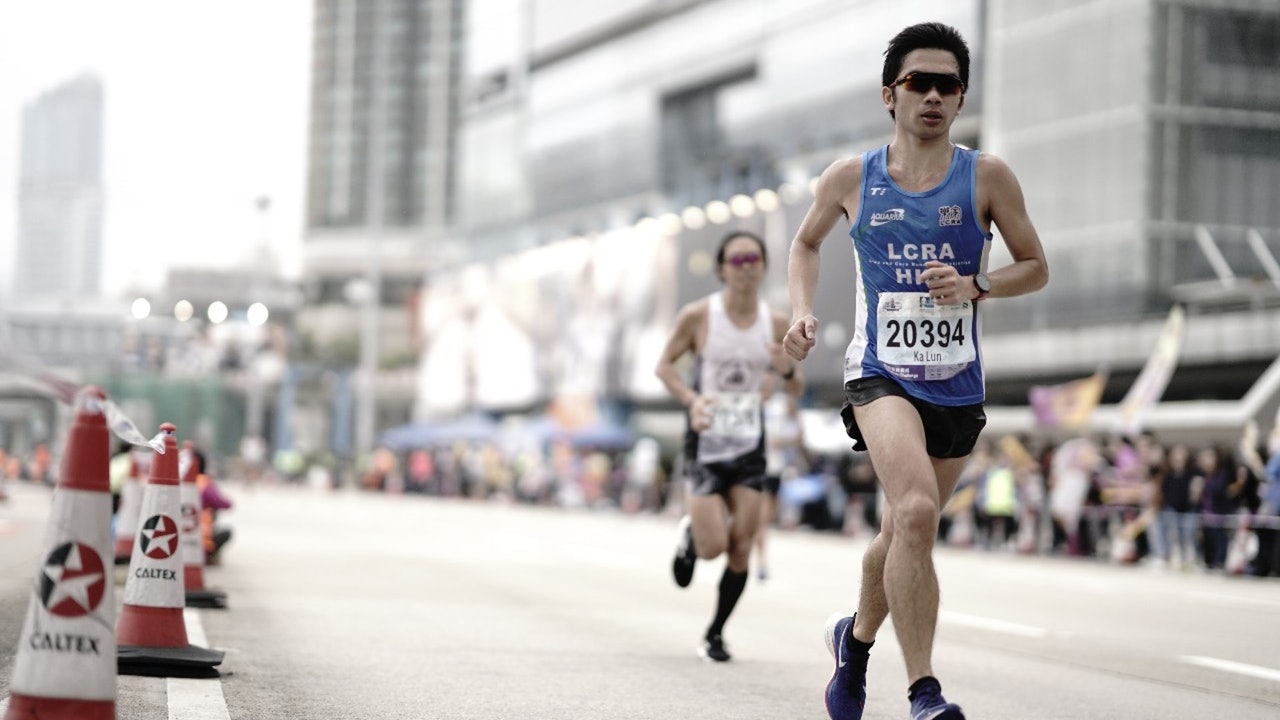 Zama's 10.24 re-run the variables to wait for the government to give the green light for epidemic prevention, the organizer will decide on where to go tomorrow 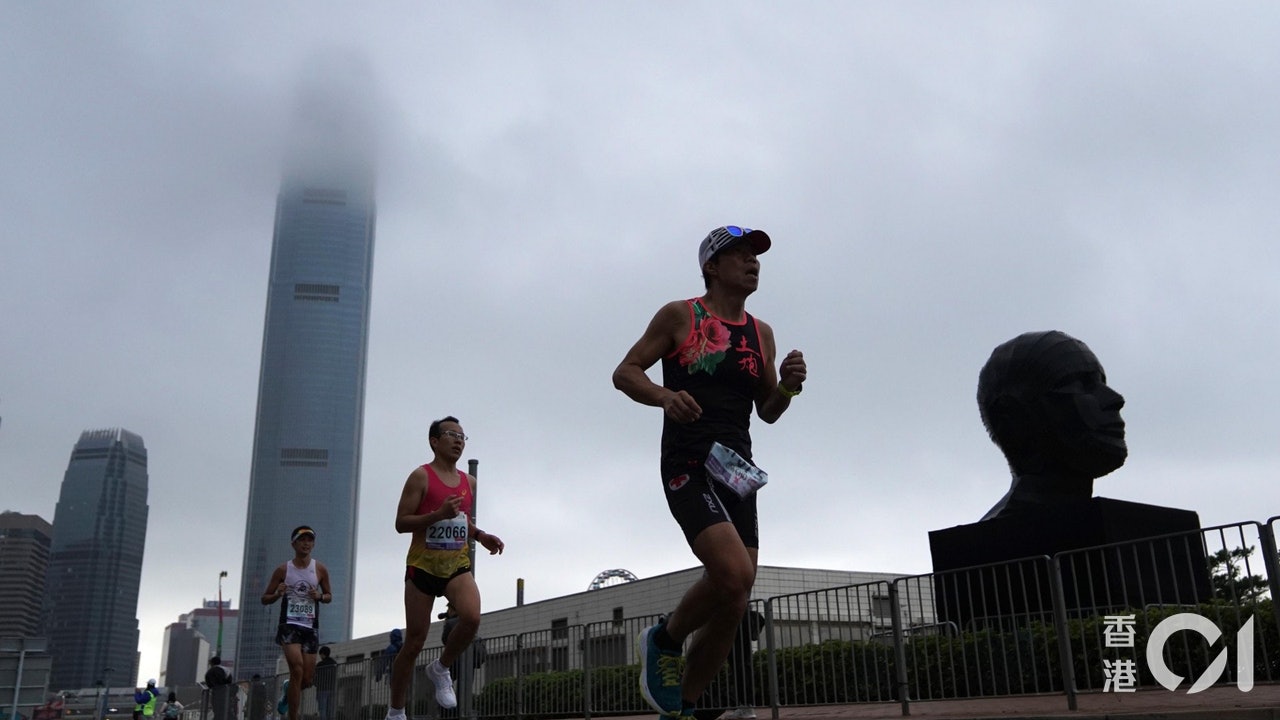 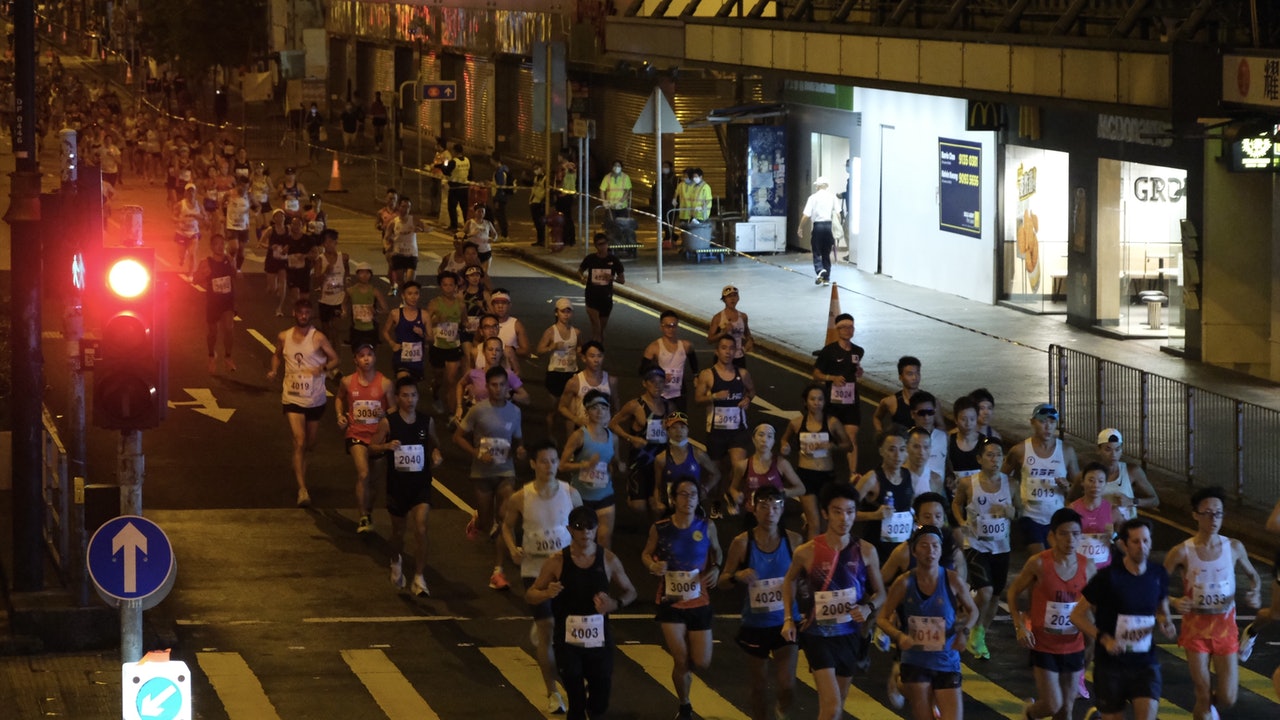 Standard Chartered Marathon 2021. Latest｜Li Jiachao kicks off the rally and starts the race in Malaysia 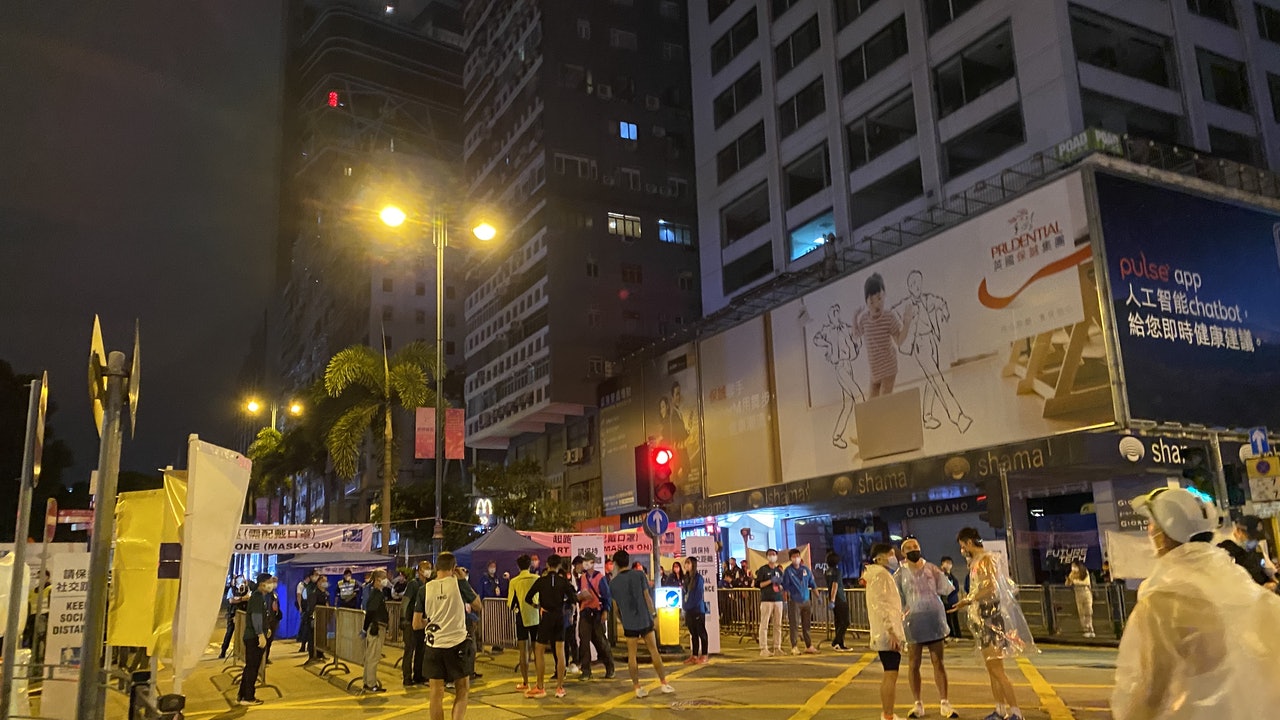 Zama's resumption on 10.24 will be postponed or not 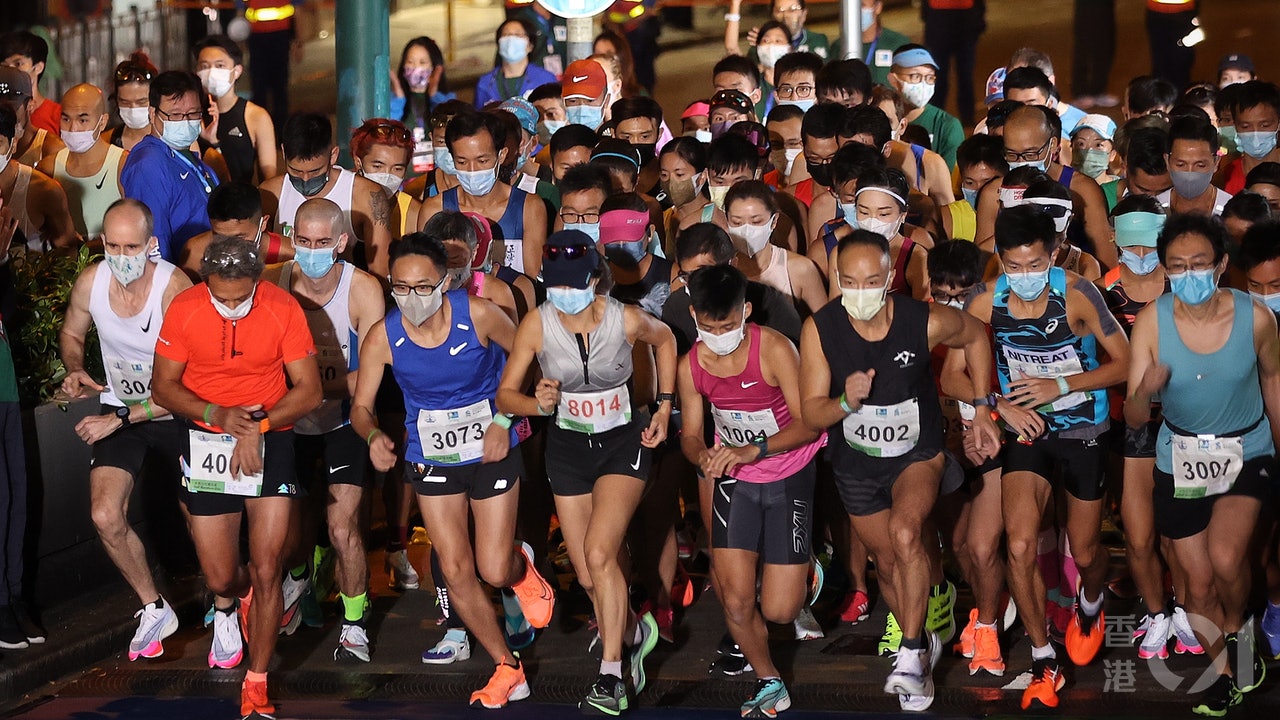 Standard Chartered Marathon 2021. Latest｜10km race runners do not remove their masks until they start as required

Standard Chartered Marathon 2021. Latest｜Starting runners of each group of races do not remove their masks until they start as required