A dispute over the finance ministry threatens between the Greens and the FDP. Annalena Baerbock has now commented on the Habeck-Lindner duel. 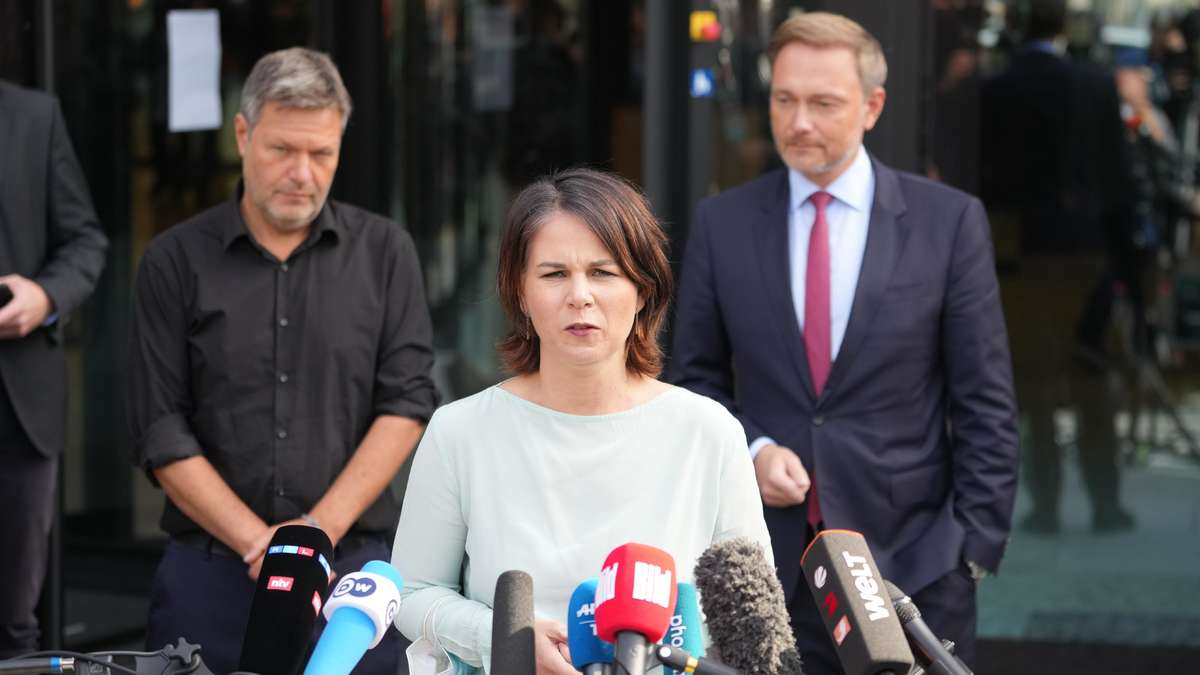 A dispute over the finance ministry threatens between the Greens and the FDP.

Annalena Baerbock has now commented on the Habeck-Lindner duel.

Berlin - After the explorations, the big coalition negotiations of the traffic light parties are now starting.

The SPD, FDP and the Greens will haggle over the details of a possible government alliance in 22 working groups.

But at some point you also have to tackle the personnel debates.

With the three-way constellation, a duel is especially exciting.

Traffic light noise at the Treasury?

Baerbock comments on the dispute department

Annalena Baerbock speaks after exploratory talks with the FDP and the Greens.

Robert Habeck (left) and Christian Lindner are in the background.

Both Robert Habeck and Christian Lindner would like to occupy the finance ministry in a possible traffic light coalition.

In the run-up to the federal election, both had positioned themselves for it.

Recently, the FDP leader himself spoke out against public debates about ministries and their occupation, but still signaled his interest in the finance position, Habeck countered angrily: That was "not helpful".

Now, at least, Greens co-boss Annalena Baerbock has also commented on the subject.

Financial policy is "a crucial task for the next federal government," she told the

At first, it sounds like the Greens would like to occupy the ministry in order to be able to advance their climate goals, for example.

But the Chancellor candidate quickly added: "But we will not come to the major substantive decisions if they are now overlaid by personnel debates." And with that the door is then wide open again for Lindner and the FDP.

Quarrel about the key ministry: Baerbock takes a quick look at the cards

After pointing out that Lindner had repositioned himself for the post, Baerbock initially replied: “We have agreed to talk about the allocation of personnel at a later point in time.” So there is apparently still no final agreement with the FDP.

And what about Habeck?

Most recently it was said that the Greens co-chief could possibly take over the post of Vice Chancellor.

Baerbock answers the paper evasively: “We clarified this question together, and we did so in confidence.

There is nothing more to say at this point. "

This at least makes it clear that the Greens have already made an agreement internally about which post Robert Habeck could take on.

It was recently rumored that he could also move into the Ministry of the Interior. 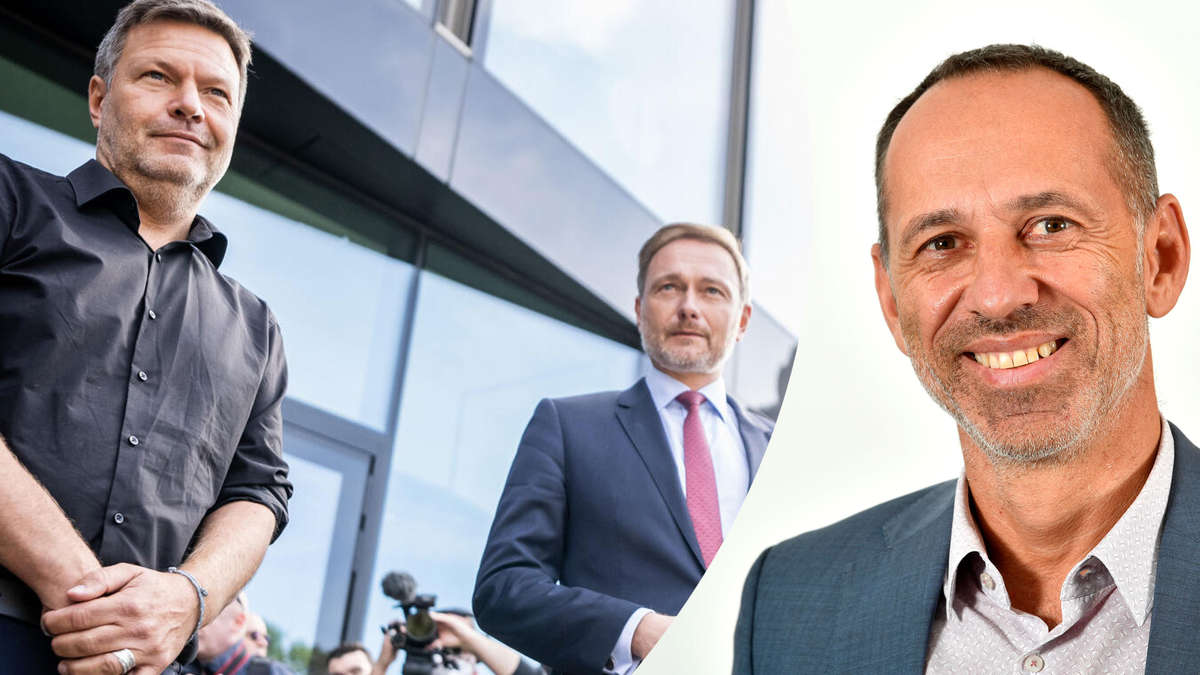 Violent dispute over future finance ministers Lindner or Habeck: The traffic light honeymoon is already over