Gabby Petito case: the chronology of Brian Laundrie's disappearance does not agree with the authorities and his family's lawyer. 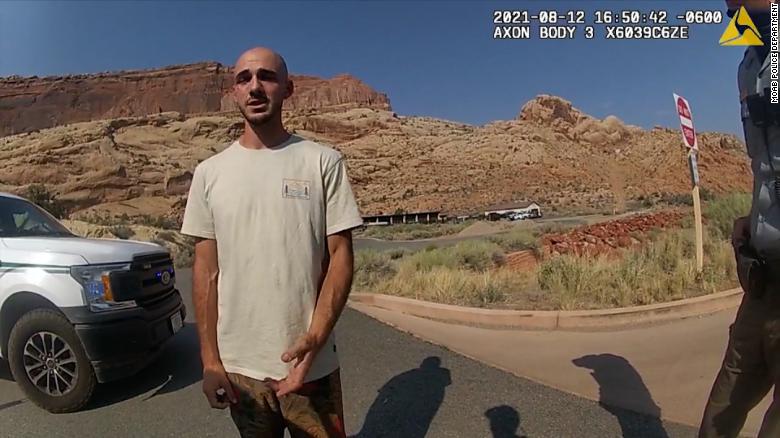 What's "strange" about the scene where they found Laundrie's remains?

Now that authorities have identified Brian Laundrie's remains, there are still questions about why, how and even when he disappeared in the days after his fiancee, Gabby Petito, was reported missing.

His parents, Chris and Roberta Laundrie, can be vital in unraveling the mysteries.

But his memories of key moments during these critical days - according to his family lawyer - have been inconsistent or have come into conflict with the version of events of the police authorities.

The Laundrie family "has behaved in a very strange way that has generated a lot of suspicion from the beginning," former FBI Deputy Director Andrew McCabe told CNN.

The indisputable facts are that Brian Laundrie, 23, and Petito, 22, had been traveling in a white van from New York through the western United States during the summer, and regularly posting photos and stories on their networks. with the hashtag #vanlife.

Those posts came to an abrupt halt in late August, and police say Laundrie returned on Sept. 1 in the couple's truck without his fiancée to the North Port, Florida home where he lived with Petito and his parents.

Petito's family reported her missing on September 11 and her body was found on September 19 in Wyoming's Bridger-Teton National Forest.

A coroner ruled that he died from strangulation.

Within that nine-day period in September, Laundrie left his family home, and Laundrie's family's attorney and police have told different accounts of what happened in a limited period within that time frame, from the 13th. to September 17.

Here's what each says happened during those four days:

When did Brian Laundrie leave home in mid-September?

Laundrie and her family did not immediately speak to police when given the opportunity.

Invoking the Fifth Amendment means that a person cannot be compelled to make statements that they feel may be negative or that could be used against them.

Investigators were never in the same room as Laundrie after Petito was reported missing, North Port police said.

Then, on September 14, Laundrie said he was going to the Carlton Reservation, the parents told police on September 17, adding that they had not seen him since.

The reserve is a natural park of more than 10,000 hectares near the family home, a swampy and wooded area known to contain snakes and alligators.

But Laundrie's parents, "after further communication with the FBI and confirmation that (the family's car) was at Laundrie's residence on Wednesday, September 15," believed that Brian had left the house on Sept. 13, the family's attorney, Steven Bertolino, said Oct. 6.

Laundrie's father, Chris, went looking for Brian the night of September 13 after his son failed to return from the park, Bertolino told CNN.

The next day, Sept. 14, Chris and Roberta Laundrie returned to the area outside the Myakkahatchee Creek Environmental Park to search for it and found the family's Ford Mustang with a notice that the vehicle had been abandoned, Bertolino said at the time.

North Port Police confirmed that the summons had been placed on the car.

"In fact, I personally reported it to the FBI."

After more than a month of searching the reservation, authorities found Laundrie's remains Wednesday along with personal items, including a backpack and notebook.

Brian Laundrie Case: Why is the notebook that was found important?

Where did the police think Brian Laundrie was?

North Port police had no information about Laundrie's disappearance on Sept. 13 and believed he was at the home, spokesman Josh Taylor told CNN in a statement Thursday, noting that the department was "an assistance agency" in the investigation until the night of September 14.

"We were certainly pushing hard to get information from the family through traditional media," Taylor's statement read.

"We worked with the best intelligence on what we were thinking at the time, working with a family that refused to cooperate in the investigation."

"Mr. Steven Bertolino, @NorthPortPolice needs your help finding Gabby Petito. Please call us to set up a conversation with Brian Laundrie. Two people went on a trip and one returned!" The tweet reads.

The department never received a response from Bertolino, Taylor said.

During the briefing, a reporter asked Garrison if he knew where Laundrie was "right now."

On Sept. 17, the FBI called Bertolino to tell him they had received a tip that Laundrie was in Tampa, the attorney said Wednesday.

Investigators wanted to know if he was home.

North Port is about 135 kilometers south of Tampa.

Bertolino asked where the information came from and accused North Port police of knowing Laundrie's location, he said.

Police thought Laundrie was at her parents' home until Sept. 17, when Laundrie's parents finally agreed to speak with police, Taylor said Thursday.

That same day, North Port police were notified that Laundrie was "potentially missing," according to his statement.

"NPPD, working with the FBI from the beginning, did everything that was within the law, with the information we had, to monitor and collect information," he wrote.

Laundrie's parents' role in the search is under scrutiny

After reporting Petito's disappearance, his family and the police publicly pleaded with the Laundrie family to cooperate with the authorities.

But Bertolino had advised his clients not to speak to anyone, the lawyer said Wednesday.

"Everyone has the right to remain silent," he told CNN.

"That's what I told my clients, and that's what they did."

Still, experts have found it curious that Chris and Roberta Laundrie were involved in the investigation and discovery of their son's remains.

During a search with police Wednesday at the nature preserve, Laundrie's father was the first to spot an item that belonged to his son, Taylor said Thursday.

Because he couldn't find the police when he found the bag and didn't want to put it down, he picked it up and gave it to investigators, Bertolino said.

"The idea of ​​family members participating in a search and then being the ones to actually find the evidence, and then collect the evidence and take it to the police is really quite unusual," said former FBI photographer Mary Ellen O ' Toole.

A team of cameramen and a reporter were in view at the time and said that when Chris Laundrie found the bag it was "caught on camera," Bertolino told CNN on Wednesday.

The Laundries' involvement in their son's investigation will be critical, Jim Clemente, the retired FBI profiler, told CNN on Thursday.

"Parents are key in determining how he died," he said, "and whether it was by his own hand or accidental." 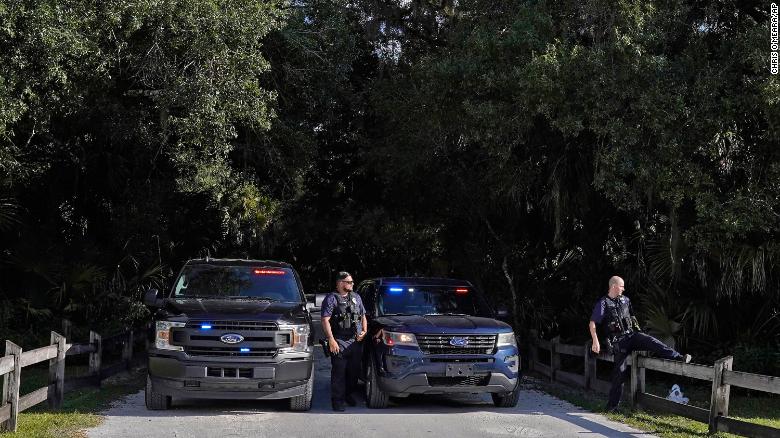 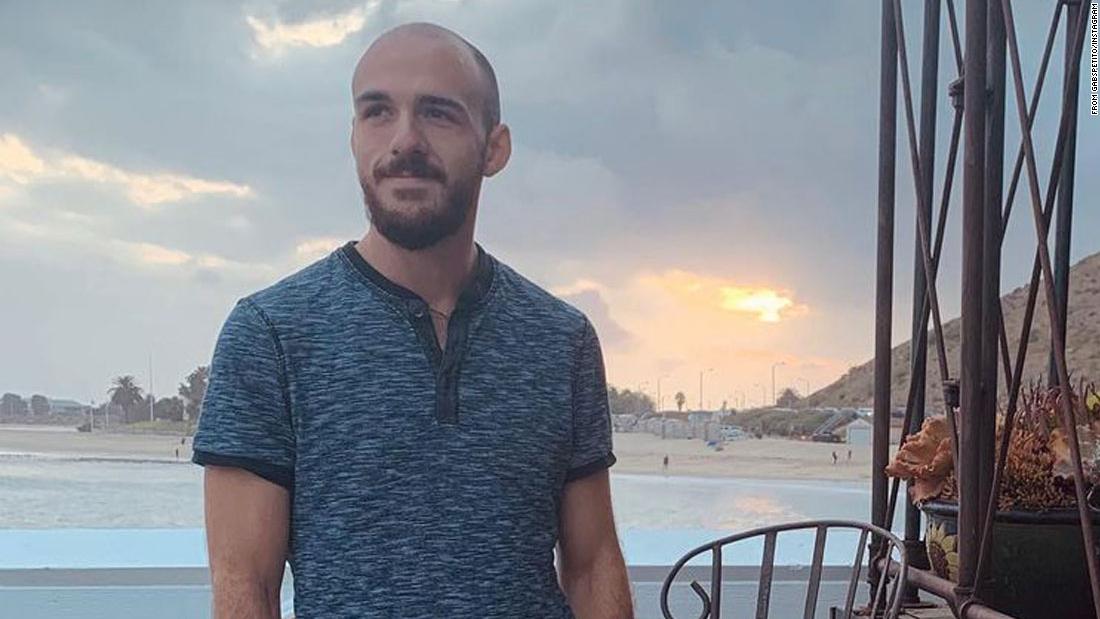 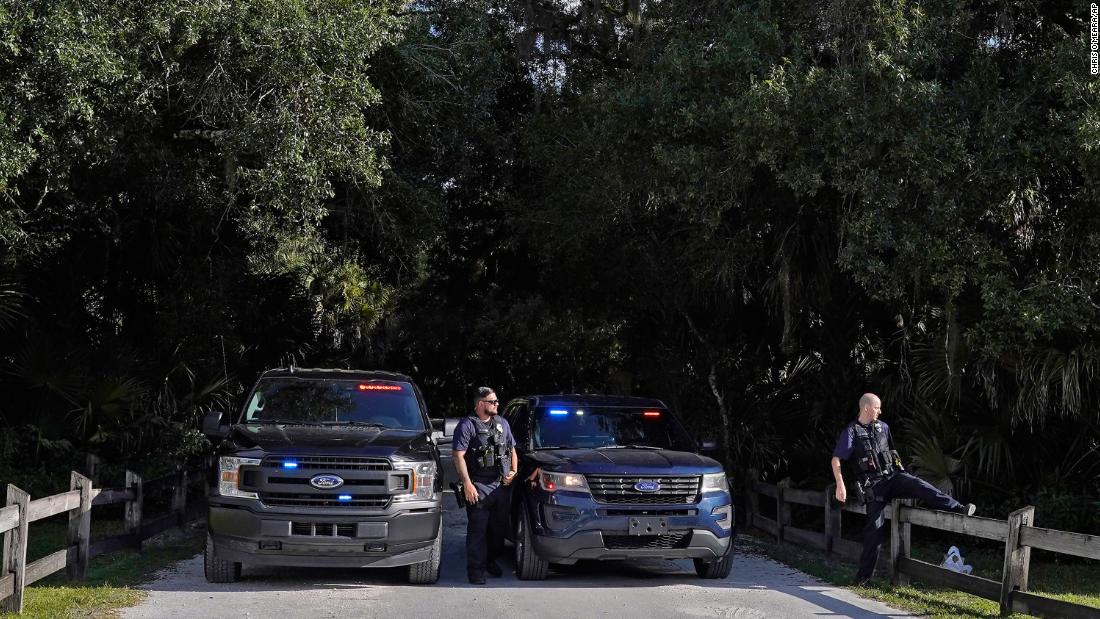 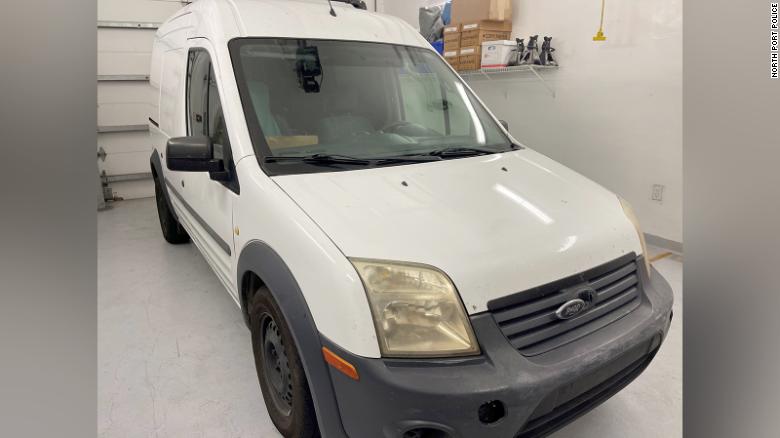 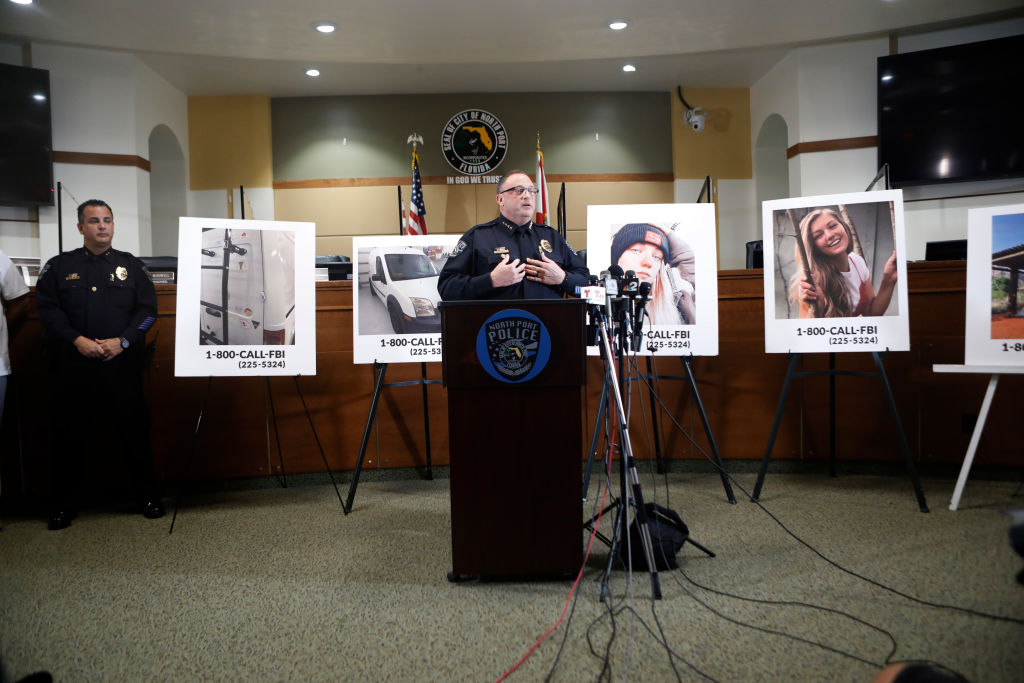 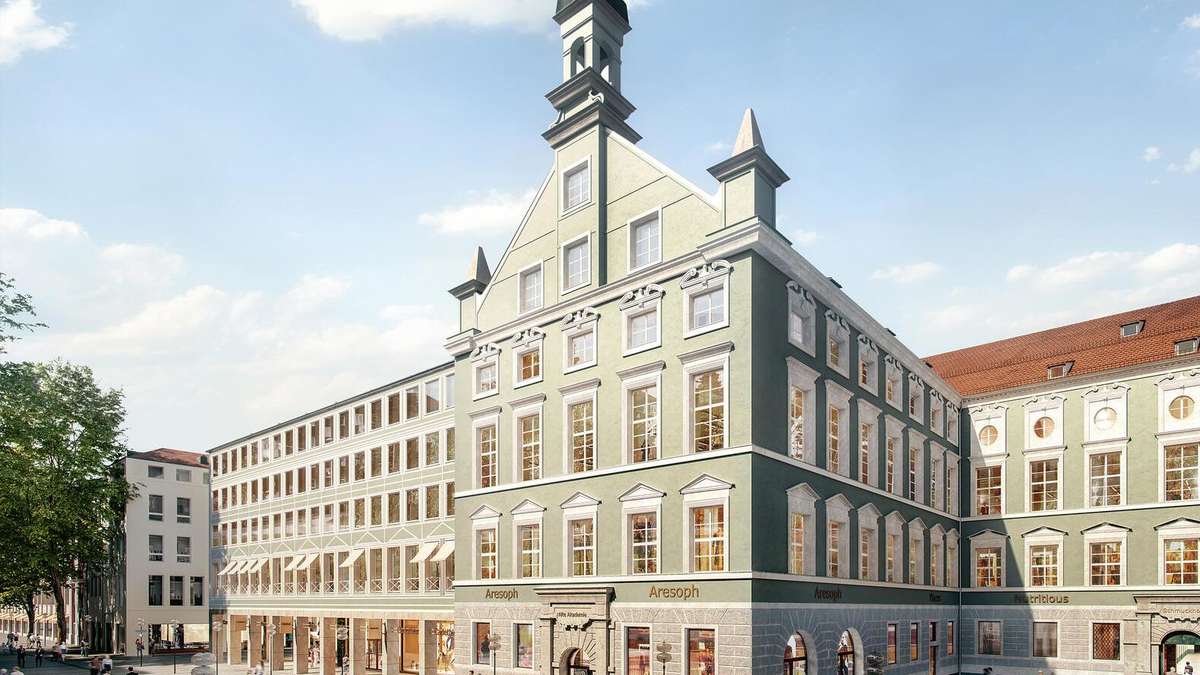 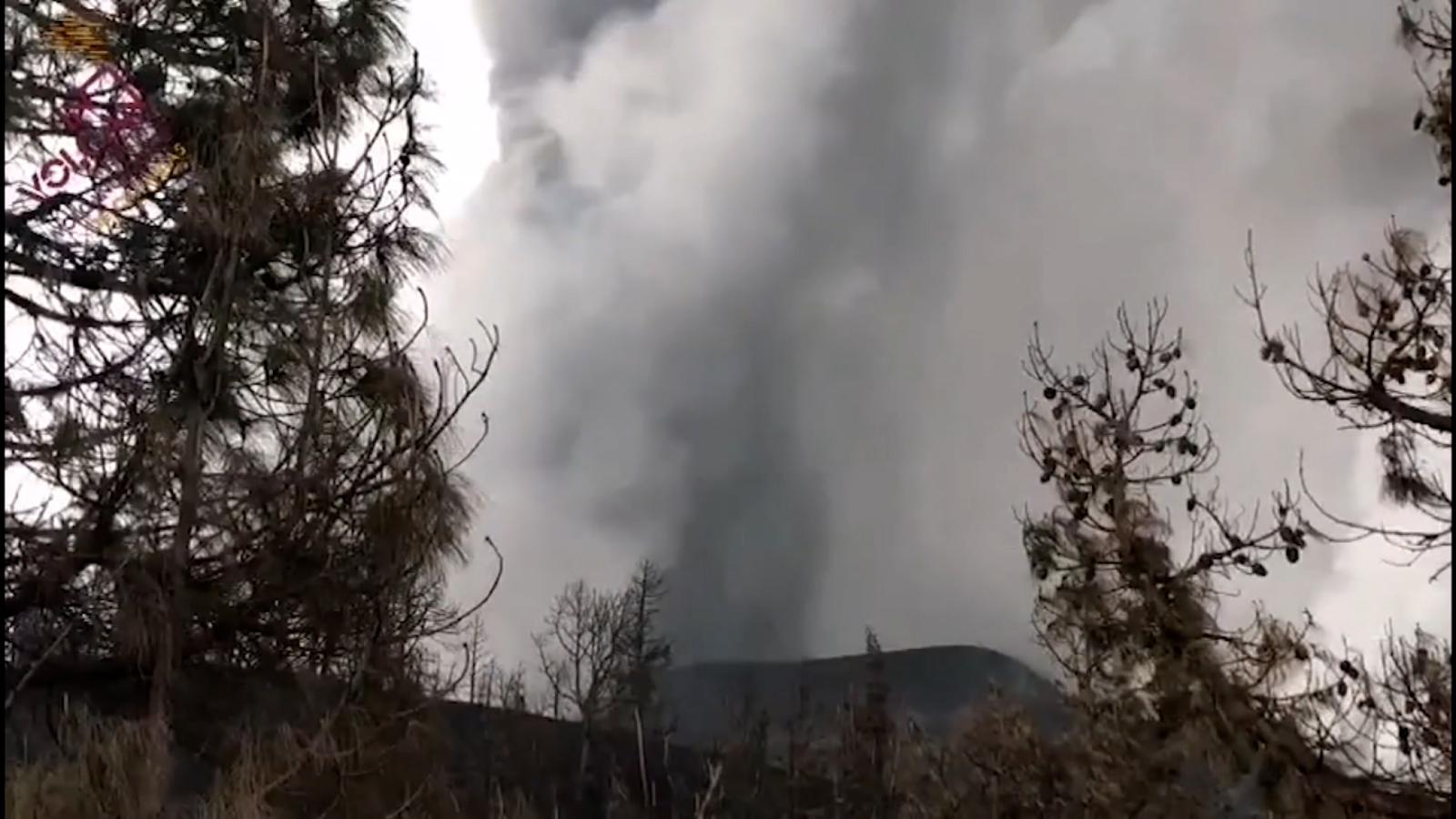