Hamburg - The coalition negotiations between the SPD, Greens and FDP have started.

Less than a month after the general election, the representatives of the three parties are negotiating the formation of the first traffic light coalition at federal level in the coming weeks.

In the previous explorations, the first substantive differences - especially between the Greens and the FDP - were cleared out on the way there.

An appearance by the Greens leader Annalena Baerbock on the ARD “Tagesthemen” on Thursday evening made it clear that negotiating the coalition agreement will not be a walk in the park.

Above all the issue of Nord Stream 2. "This pipeline, even if we are currently having a big debate about energy prices, does not serve the security of Europe, nor does it serve security of supply," Baerbock justified the position of her party.

“It has been against Ukraine and Europe's common energy policy for years,” continued the 40-year-old, and warned of “further dependence” on Moscow.

Baerbock takes Scholz's responsibility: Will Nord Stream 2 become the crux of the negotiations?

The rejection of Nord Stream 2 is consensus in large parts of the EU - Germany is also opposing its European partners with its decision, emphasized Baerbock.

“Nonetheless, the old federal government, the CDU and the SPD, pushed this forward massively.

Again and again with this argument, which Olaf Scholz is now repeating: This is not a political, but a purely economic-political or economic project.

But the opposite is the case and we are feeling that right now, ”said Baerbock angrily, taking the SPD's candidate for Chancellor directly to account.

When Miosgas asked whether a rejection of Nord Stream 2 for the Greens was an irrevocable condition for the formation of a government with the SPD, Baerbock evaded.

“The expansion of wind and solar power” is all the more important in order to continue to gain independence from Russia.

Video: Don't give permission for now

Traffic light negotiations: Baerbock supports SPD proposal for the President of the Bundestag

The office of Federal President could become another controversial issue between the SPD and the Greens. The Greens could claim this for themselves in the negotiations, also to set a sign of parity in the most important organs of the Federal Republic. At first there is a man at the head of the Federal Constitutional Court and the Federal Council. If a government were to be formed successfully, Olaf Scholz would also be a man who would take over the office of Federal Chancellor.

The offices of the Bundestag President and the Federal President remain.

For the former, the SPD proposed Bärbel Bas this week.

A suggestion to Baerbock's taste: “We are campaigning for state-of-the-art politics.

That is why it is a good signal today that after almost a quarter of a century there will be another President of the Bundestag, ”said the 40-year-old.

Miosga then wants to know whether Karin Göring-Eckardt will continue to be talked about as Federal President.

"Yes, but I am negotiating a federal government," replied Baerbock.

The question of the office of the Federal President will not arise until spring.

“Now, above all, I want to ensure that we get a federal government in place with equal representation.

This is also not a sure-fire success, as the debates in the last few days at the SPD have shown, ”continued the Green leader.

Should the Greens claim the office of Federal President in the coalition negotiations, Olaf Scholz would also have to oppose his former party colleague Frank-Walter Steinmeier, who is aiming for a second term as Federal President.

Triell-Zoff: Baerbock talks about her salary, Laschet reads her the riot act - "Don't worry about us" 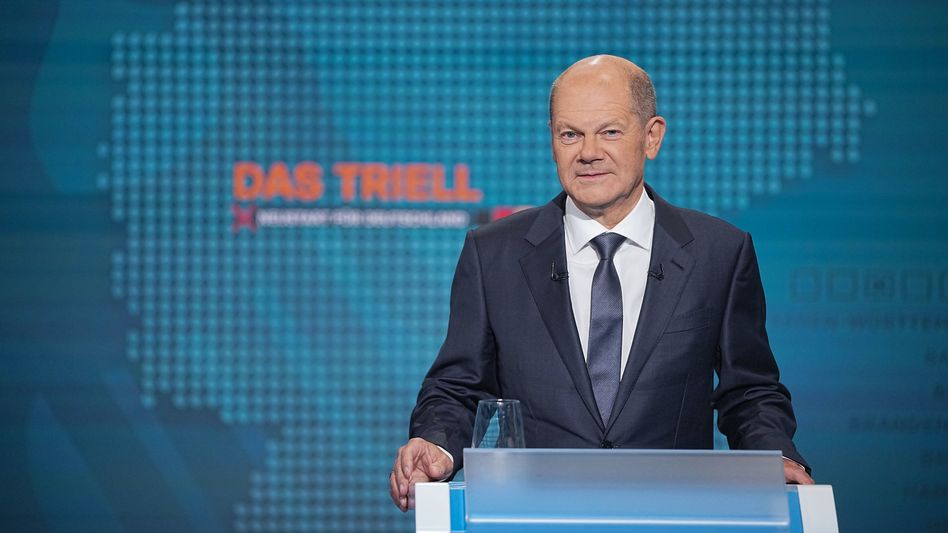 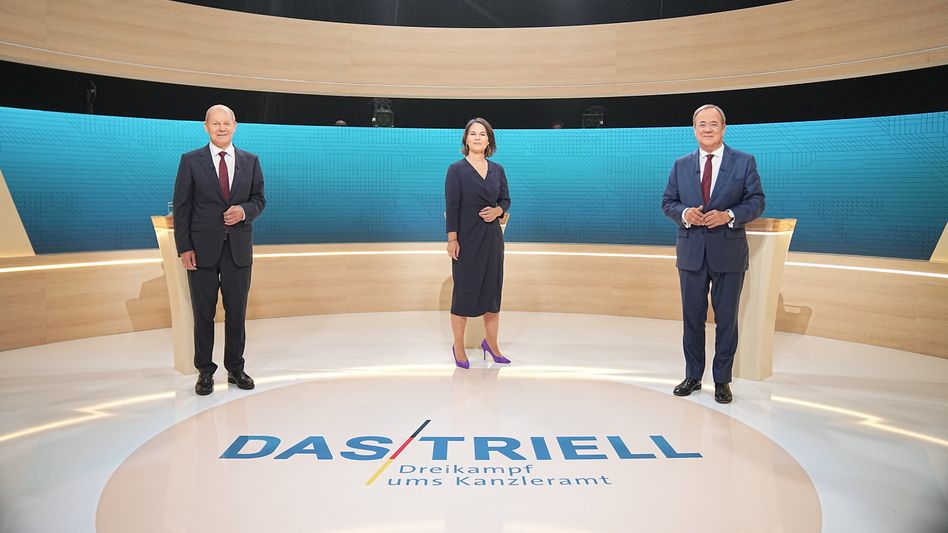 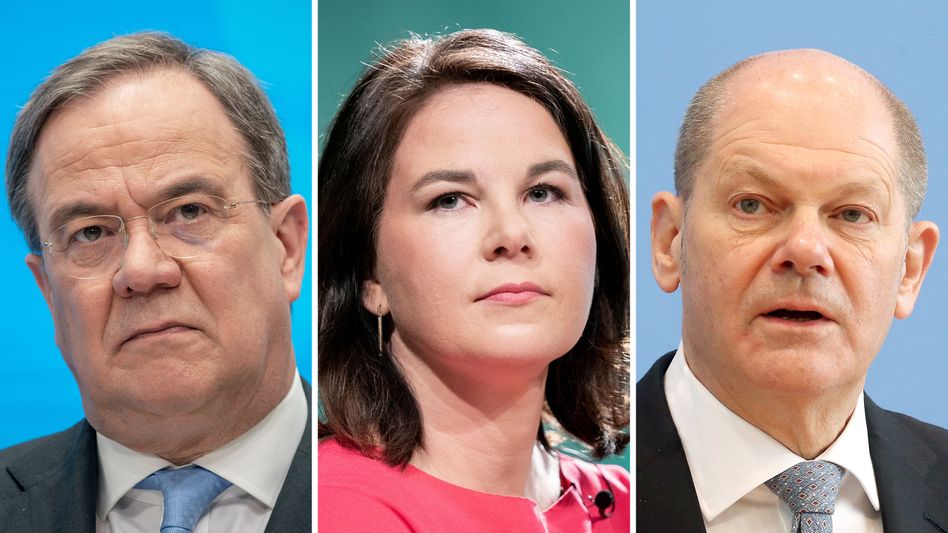 Triell in the ticker: Baerbock and Laschet already hit - now Scholz also has a lot to lose Traffic light dispute on TV: “The opposite is the case!” - Baerbock tackles Scholz in “Tagesthemen”