After the fatal shot on the film set of actor Alec Baldwin, more dramatic details are now coming to light. The director, who is also injured, talks about the decisive moments. After the fatal shot on the film set of actor Alec Baldwin, more dramatic details are now coming to light.

The director, who is also injured, talks about the decisive moments.

Hutchins was hit in the stomach, but she still talked after the shot.

During an interrogation by the police, director Joel Souza had stated that the actor had aimed the prop weapon directly at the camera in the fatal accident.

This emerges from an affidavit by the investigators, which is available to the AFP news agency.

As it becomes further clear, the director stood next to the later shot camerawoman Halyna Hutchins.

After a whipping noise, Hutchins complained of pain in the stomach, staggered backwards and collapsed supported by those present.

, citing the police protocol, the camerawoman is said to have previously said that she can no longer feel her legs.

Fatal Baldwin shot on camerawoman: who will be held responsible for incident?

As the news agency further reported from the minutes, the director Souza was also hit by the bullet.

However, the 48-year-old was only slightly injured in the shoulder and was able to leave the hospital after his treatment.

Could the gun be loaded with live ammunition on purpose?

In the course of the current investigation, there has so far been no arrest or even a charge.

The focus of the investigation, however, is the film's 24-year-old gun master and the assistant director who gave Baldwin the loaded gun.

Serious allegations have now been made against the assistant director. 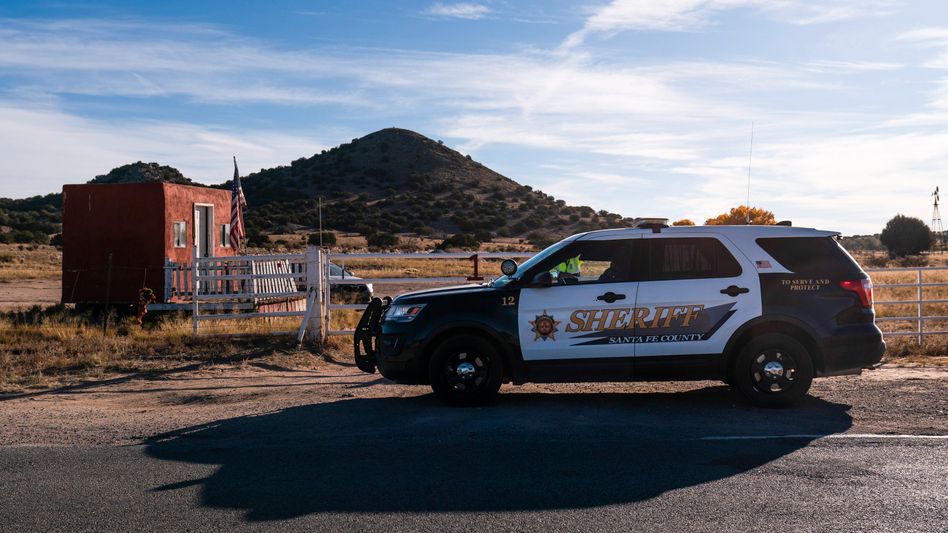 Fatal shot on the set: Alec Baldwin is said to have aimed directly at the camera during rehearsals of the film scene