A study conducted by the Knesset Information and Research Institute shows that only 12 of the 130 holy places and tombs of the righteous in Israel are fully accessible • B'Tselem: "Accessibility is not allowed but part of the Basic Law of Human Dignity and Liberty" 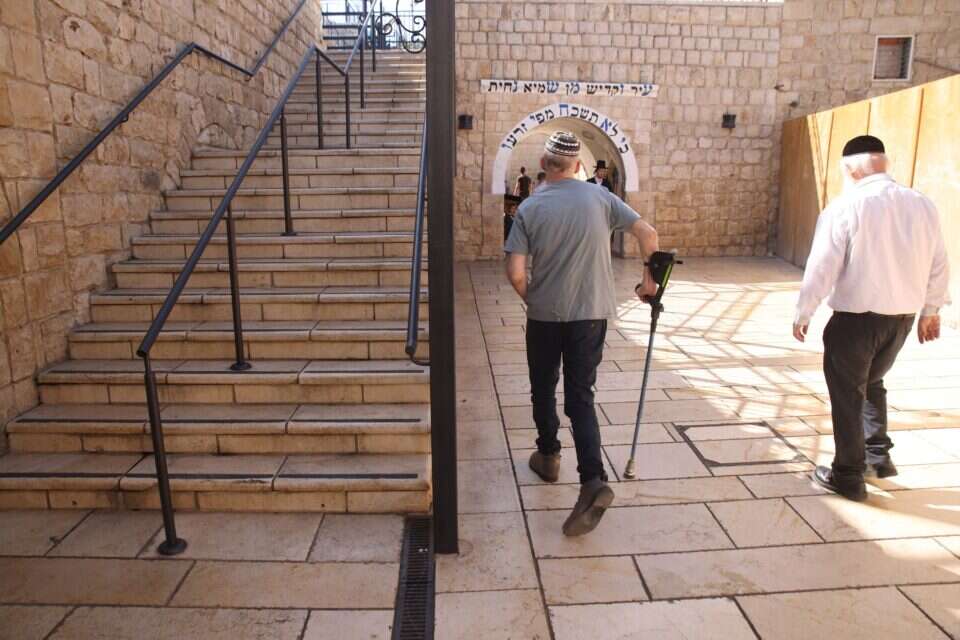 Only a few sites out of more than 100 holy places and the tombs of the righteous in the State of Israel are fully accessible to people with disabilities, with among the places that are not accessible are the Cave of the Patriarchs, the Cave of Elijah the Prophet in Haifa and more.

A study conducted by the Knesset Information and Information Institute commissioned by MK Moshe Abutbul (Shas) and B'Tselem shows that out of about 130 sites, the National Center for the Development of Holy Places is responsible, only 12 sites are fully accessible, and another site is in the accessibility stages.

93 sites are not accessible at all to people with disabilities, and no information was provided about 33 other sites.

The State of Israel currently has more than one and a half million people with disabilities, about 17 percent of the total population.

Eight percent of the adult population are people with severe disabilities.

The Equal Rights for Persons with Disabilities Act stipulates that persons with disabilities are entitled to access to a public place, and therefore a place used by the public, even if it is privately owned, obliges those responsible for it to make the necessary adjustments to make it accessible.

These are also open areas such as cemeteries and memorial sites.

By law, buildings must be accessible so that at least one main road that is accessible, without stairs, passage between levels, as well as the obligation to sign and disabled services.

In fact, the law prohibits a person from operating a public place unless accessibility adjustments have been made.

But precisely the holy places, which people with disabilities want to visit many times, whether for prayer or as part of such and other trips, are not properly accessible or not at all.

The body responsible for these sites is the National Center for the Development of Holy Places, a government association that aims to "develop and upgrade sites to meet the standards of tourist sites in all components: proper buildings, well-maintained environment, adapted water and electricity systems, cleaning and sanitation, conservation and security" .

In 2019, the center's revenues were about NIS 44 million, of which about 42.5 million from the Ministry of Religions and the rest from donations.

The Tomb of the Circle Park at midnight in Galilee, Photo: David Cohen - Ginny

Among the accessible sites are some of the well-known sites in Israel, including the Western Wall, the Tomb of King David, the Tomb of Maimonides, the ancient cemetery in Safed and more, but many others are not accessible at all or only partially accessible. It appears that the tomb of Shimon the Tzaddik in Jerusalem is accessible to the top extension, but not fully. Many other sites, including the Tomb of the Holy Light of Life in Jerusalem, parts of the Rashbi compound in Meron and more, are not fully accessible. A representative of the National Center for the Development of Holy Places claimed in response to the Knesset Research Institute that their goal is to make all the sites accessible, but since this requires large resources, this may take a long time.

Along with the justified criticism of the human harm to people with disabilities, who can not access the sites, it should be noted that in some cases it is possible to get an exemption from making accessibility adjustments, and in some cases even accessibility actions are prohibited due to damage to antiquities.

Also, there are many sites that are in the hands of the sanctuaries or such and such associations, such as the tomb of the Ari in Safed or the tomb of Rabbi Meir Baal Hanes, and therefore the Center for the Development of Holy Places cannot be fully regulated and accessible.

"From the day I entered the Knesset, I have repeatedly received requests from people with disabilities who wish to pray in the graves of the righteous with dignity," noted MK Moshe Abutbul (Shas).

"The law requires this and I call on the Minister of Religions to act and prepare a comprehensive plan that this year will make dozens of tombs of the righteous and religious sites accessible so that within two years the entire list will be accessible just like any other public building in the country."

The Tomb of the Ari in Safed, Photo: David Cohen - Ginny

The Tomb of the Ari in Safed, Photo: David Cohen - Ginny

Shai Glick, CEO of B'Tselem, stated that "accessibility is not a luxury but part of the Basic Law of Human Dignity and Liberty. This is a serious violation of both freedom of movement and freedom of religion and worship. We are sure that with good will all holy places can be made accessible soon. We call on the Minister of Religions to take this as a personal project and not to rest or be quiet until the 130 holy places are accessible to all Israeli citizens. "

The Ministry of Religious Affairs stated in response to the data presented in the article: "The Ministry of Religious Affairs considers the accessibility of the holy places very important and therefore worked to budget the National Center for Holy Places Trust in the subject. And at sites that are under renovation, such as the Cave of Elijah the Prophet and the tomb of Jonathan Ben-Uziel, there is accessibility.

As part of the authority of the National Center for Holy Places, he works to make the holy sites accessible while renovating and preserving the sites.

The issue of the Cave of the Patriarchs is being addressed at the political level and the ministry's position has been presented to the Foreign Affairs and Defense Committee. " 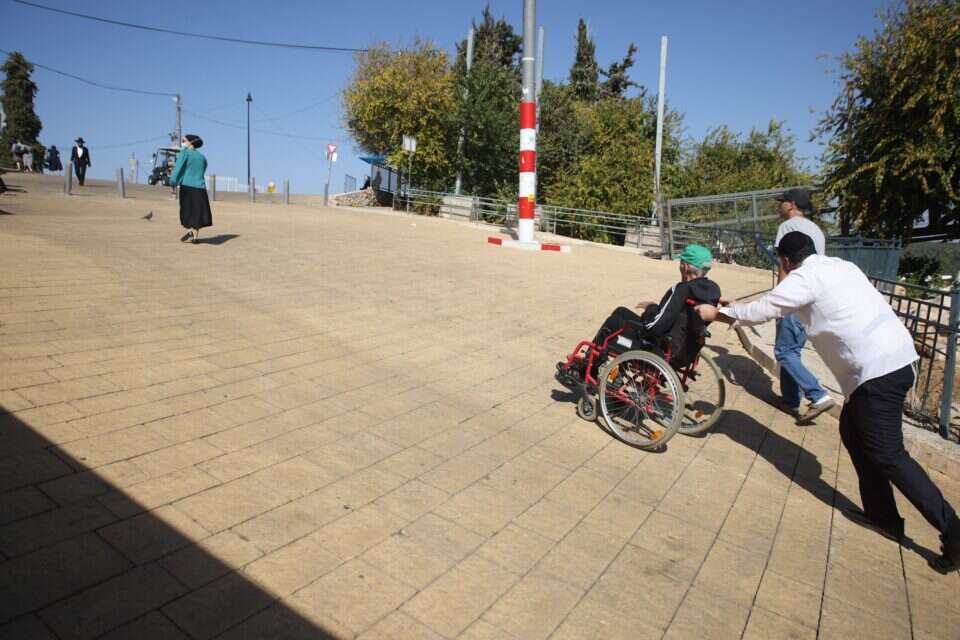 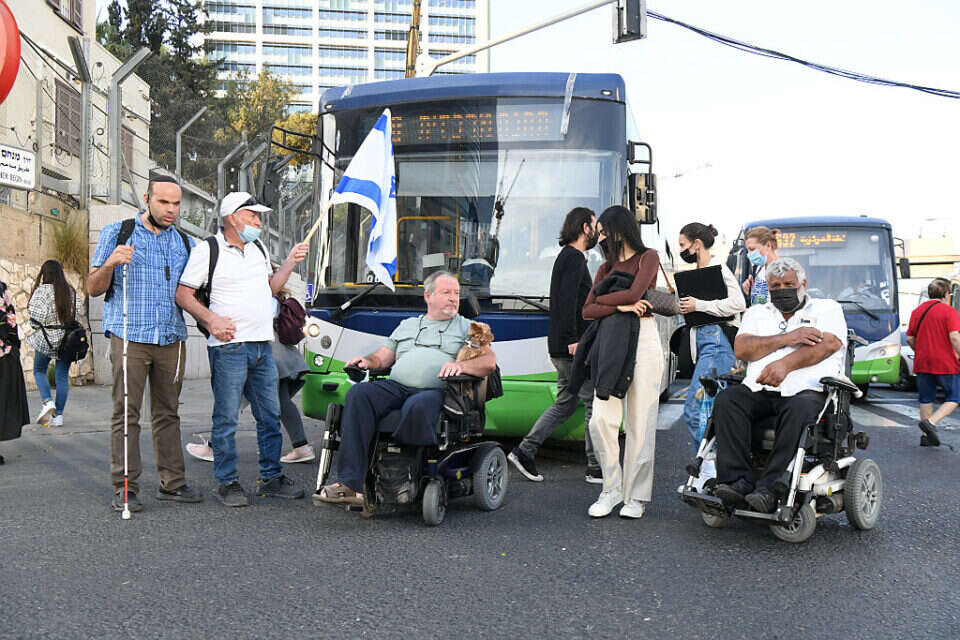 Opinion | ACCESSIBILITY IN ISRAEL: Half a glass that fills up too slowly Israel today 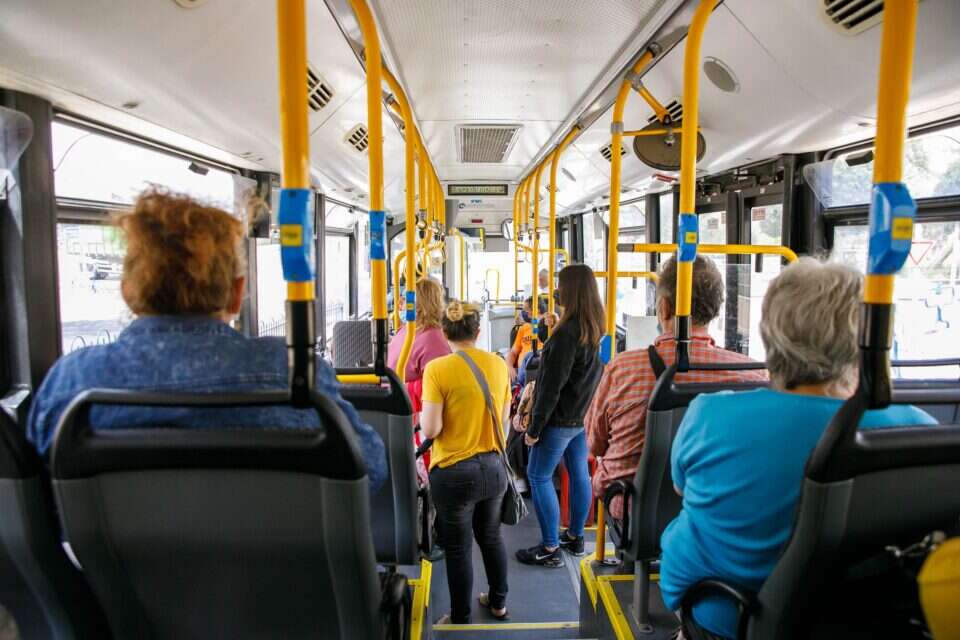 This is the time: A visit to the holy places of Christianity in Jerusalem - Walla! Tourism

39% of public bodies do not fully meet the commitment to employ people with disabilities - Walla! news 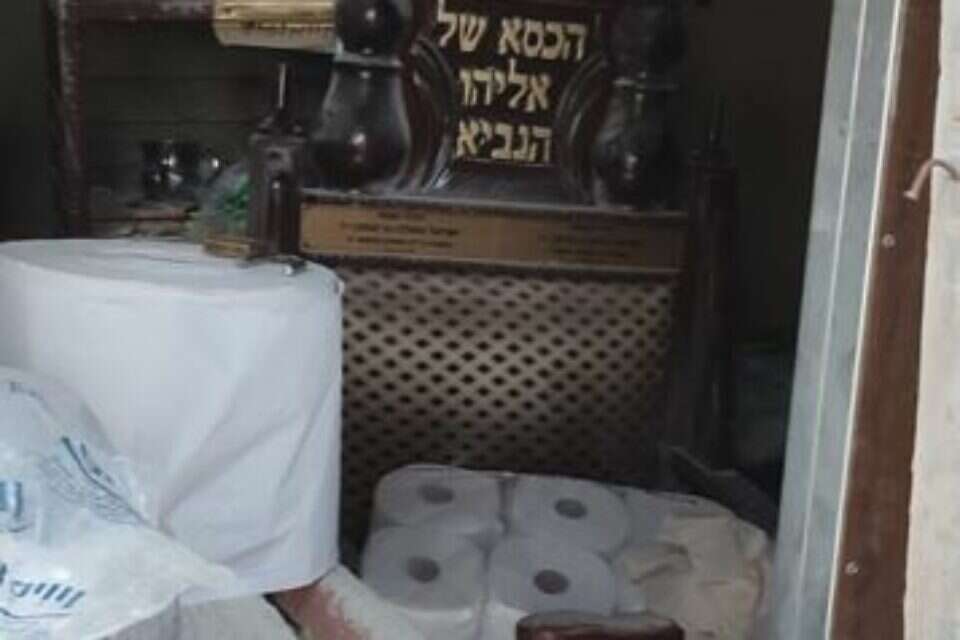 Shocking Documentation: Elijah the Prophet's Chair Used as a Scaffold in Renovation Works at Elijah's Cave in Haifa | Israel today

The condition for a quick release from the Corona hotels: those returning from red countries will be charged with locating the GSS | Israel Today
2021-12-01T10:06:02.109Z

Carrie Lam returned to Hong Kong in the evening to sum up her itinerary in Wuhan: fully experienced the epidemic and rebirth from the ashes!
2021-12-01T10:02:15.042Z

Canada and Japan ban entry to people from African countries because of Omicron, and two cases of the mutant were discovered in Brazil
2021-12-01T10:02:03.975Z