Stumbling blocks laid for the first time in Moosburg: These two fates are hidden behind the memorials

In Moosburg, too, two stumbling blocks now remind of victims of the Nazi regime. The laying of the brass memorials makes their fates visible to everyone. In Moosburg, too, two stumbling blocks now remind of victims of the Nazi regime.

The laying of the brass memorials makes their fates visible to everyone.

- Shortly after the small gathering broke up on Tuesday, the works of art had their effect: Passers-by kept stopping in front of the palm-sized brass squares that were freshly set into the floor. For a moment the viewers were torn from their everyday lives and led to read the inscription. This happened exactly what the so-called stumbling blocks were supposed to do: The Moosburgers perceive that there were once persecuted people and victims of Nazi terror in their city too.

The Hessian artist Gunter Demnig, on whose idea the campaign is based, has already laid tens of thousands of stumbling blocks across the country and many other European countries (

And that was no different in the Moosburg case: The fact that this form of remembrance culture is being implemented in the Dreirosenstadt is thanks to a cross-faction proposal in the city council, which was then passed unanimously in January.

Good to know: stones as a memorial

They are intended to keep those persecuted by the Nazi regime in memory: So-called stumbling blocks have already been placed in over 1,800 locations. The project goes back to the German artist Gunter Demnig. Since 1992 he has been laying brass stones around ten by ten centimeters in front of the last voluntarily chosen places of residence of those persecuted by the Nazis. All groups of victims should be covered and it should be made visible that everyone - neighbors and friends - could become victims of injustice, deportation and murder. Cities like Freising and Landshut have already had stumbling blocks laid in the region. In June 2021, the project reported that it had almost 90,000 stones installed worldwide.

On Tuesday morning, municipal representatives, representatives of local associations, committed private individuals and descendants of those affected met with the artist to lay the stumbling blocks. As suggested in the city council resolution, students from the Karl-Ritter-von-Frisch-Gymnasium were also there: In their project seminar, the young people deal intensively with the local victims of the Nazi regime and their memories. At the same time, the students gave the ceremony a worthy setting with poems and music.

Stefan John, Left City Councilor and leading initiator of the action in Moosburg, thanked Guido Hoyer in particular: The district chairman of the Association of Victims of the Nazi Regime - Association of Antifascists (VVN-BdA) did the preliminary work and kick-off the Stolpersteine ​​initiative Moosburg ".

Susanne Carus-Zitzlsberger thankfully took over the organization and the city administration provided "great and uncomplicated help" with the preparation, said John.

No matter why the person was persecuted, deported or killed: "Each is important and each victim deserves to be remembered," said John.

The stones would show the places "where people lived, lived and worked until they were forcibly torn from their surroundings, from their city, from their usual lives by a fascist system without regard to the individual".

Excerpts from her fateful life were presented about her (

The originally third Nazi victim suggested for a stumbling block, Koloman Wagner (1905 - 1944), did not receive a memory in this prominent form at the request of his family.

Heinrich Hiermeier is remembered at Stadtgraben 30 in Moosburg.

Heinrich Hiermeier was born in Forstkastl near Altötting in 1907. On September 13, 1929, in Moosburg, he married Christiana Ellböck, who had previously threatened a life of poverty and disregard as an abandoned, single mother with her one-year-old New Year's Eve. The couple then had five more children together, three of whom died shortly after their birth.

Interrupted by periods of unemployment, Heinrich Hiermeier supported the family as an unskilled worker. From 1931 he became politically active for the Moosburg KPD, where he was the treasurer. Immediately after the Nazis came to power in 1933, he was arrested and imprisoned in Moosburg prison for two months. However, he remained true to his anti-fascist attitude. In 1936, the Moosburg gendarmerie station reported to the district office that Hiermeier had "no longer made public statements regarding his previous attitude, but he has already let his workmates know that he does not agree with the current system". In 1936 he was arrested again and sentenced to two years and four months in prison for “preparing a treasonous enterprise”.In the opinion of the Nazi judges, Hiermeier “broke through the deeply rooted opinion for the Communist Party”. The witness was an acquaintance of Hiermeier, Rupert Krempl, who testified that Hiermeier had asked him to advertise with the Wehrmacht for the KPD. The communist also said that it was “necessary that the 'big-headed' - by which he probably meant the leading figures in the government - had to go”.

After the end of his imprisonment in Straubing in 1938, Hiermeier worked, among other things, for the municipality of Moosburg and until April 1939 for the Josef Büchl company.

Then he came to the “Antenberg” camp in the Obersalzberg community in Berchtesgadener Land.

The 1,000 or so forced laborers there had to carry out the gigantic Führer building project.

Whether Hiermeier worked there voluntarily or was abducted for forced labor is unclear, as is the circumstances of his death on February 15, 1940. While the death register of the parish of St. Kastulus reads: "Crashed from the scaffolding, broken skull, internal bleeding, cervical vertebrae" , the Moosburg contemporary witness Maria Keller indicated that Hiermeier was murdered.

It was common practice during the Nazi era that murders were disguised as “accidents”.

Christiana Hiermeier was now alone with three underage children and fought for support.

Since the whole thing was officially declared an accident, the compensation was always appropriate.

Even after the war, this made it difficult for them to claim reparations, as the word "accident" was used in all documents.

Hiermeier's descendants are still grateful today to the Heckenstaller family in Moosburg - for their heart and moral courage: Despite all the hostility of the Hitler regime, the Hiermeier were allowed to live in their house.

On behalf of this, we would like to thank the Heckenstaller daughter Elfriede and her husband Andreas Faltermaier “for everything”.

The Moosburger stumbling block for Alois Weiner is on the Gries 4.

Alois Weiner was born in Labetin (now the Czech Republic) in 1872.

The family belonged to the Israelite religious community.

In the First World War he was a soldier. After the collapse of the monarchy in 1918, a phase of political activity began for him: he was committed to the SPD, was a member of the Moosburg workers and peasants' council and was a member of the district council. Disappointed by the development of the Weimar Republic, far removed from Weiner's ideals of a democratic and social society, he withdrew from politics in the 1920s and devoted himself only to his business. When the NSDAP came to power in 1933, the terror against the city's only Jewish citizen soon began. Customers entering Weiner's store were photographed to intimidate them.

He was also monitored, his phone tapped, and his private life spied on.

Eventually it turned out that he had a girlfriend: his former accountant Maria Abel.

She was a so-called "Aryan", the relationship according to the Nuremberg Laws "Rassenschande".

The two lived from then on in constant fear.

The matter served as leverage to drive him out of Moosburg.

The Weiner couple saw divorce as the only means to save the business that was to be "de-Jewified".

However, she did not break off contact, although Moosburg's NSDAP boss, Mayor Hermann Müller, threatened to withdraw her status as a “German business”.

Transported to the Theresienstadt concentration camp

In 1942 Alois Weiner converted to the Catholic Church. In the course of the “de-Jewification of the housing market” he had to move several times until he ended up in the “collective camp” in Berg am Laim and for forced labor in the Lohhof flax roasting facility. Almost 70 years old and suffering from gout, he had to walk several hours a day to work because Jews were not allowed to use trains and buses. On July 16, 1942, Weiner was transported to the Theresienstadt concentration camp. This was not an extermination camp where people were sent to the gas. The chances of survival were still very slim: 90 percent of the deportees died of untreated diseases or were starved to death.

Weiner was among the survivors.

The elderly Weiner, who was severely weakened by his imprisonment, immediately made himself available to help rebuild democracy, despite serious health problems.

He was actively involved in the denazification, but above all socially committed: He headed the Moosburg welfare and welfare office, was responsible for the old people's home "Elisabethenheim", two poor houses and the orphanage.

Weiner also used his own income to support those in need.

Stumbling blocks laid for the first time in Moosburg: These two fates are hidden behind the memorials 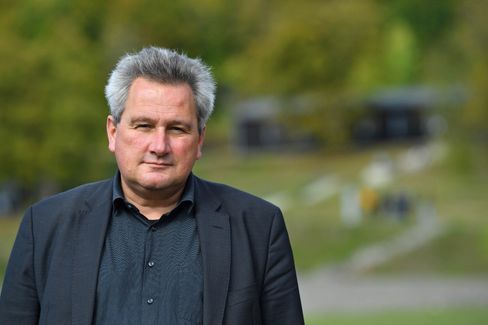 Controversy over stumbling blocks: "Nazi victims and perpetrators are often difficult to define" 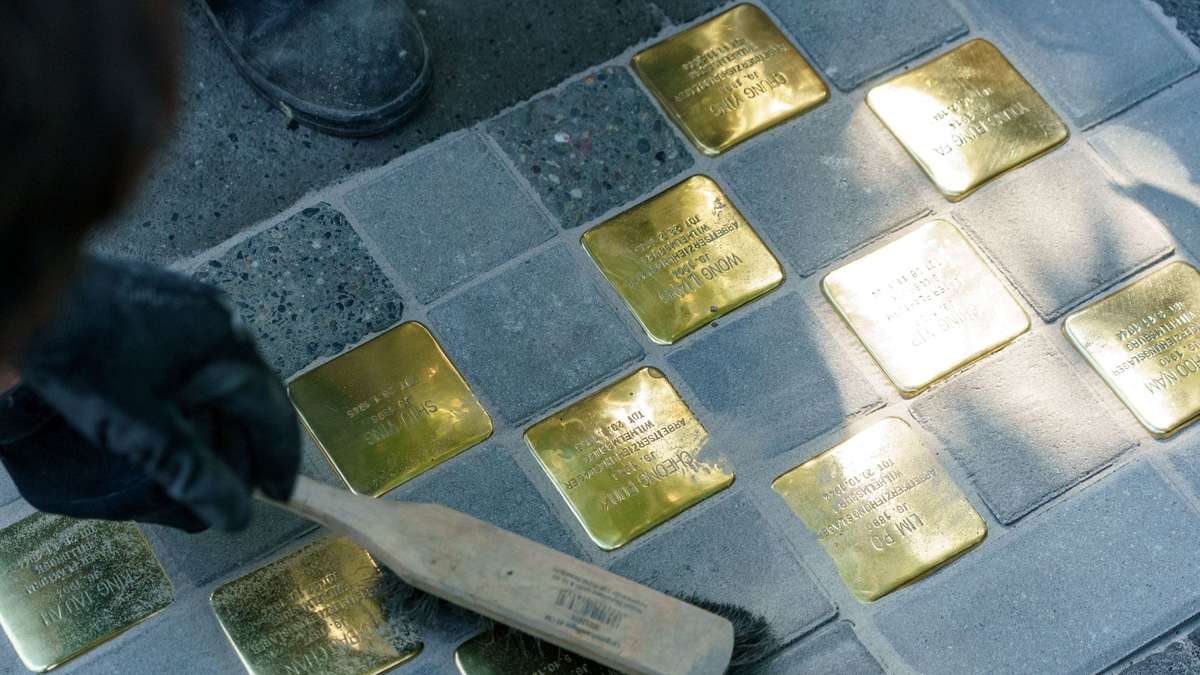 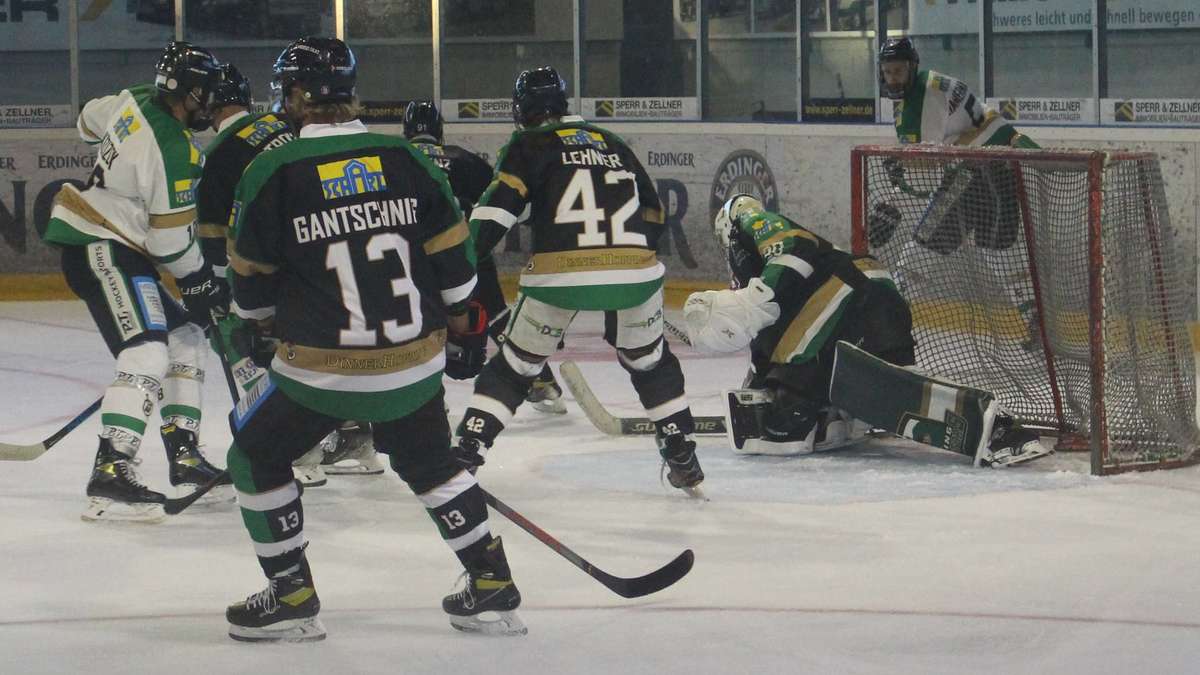