The former MD paper mill is finally history. On Wednesday there was a party on the site to mark the end of the demolition work. Property owner Isaria celebrated with employees of the companies involved and the deputy district administrator. Who did not celebrate: representatives of the city. On Wednesday there was a party on the site to mark the end of the demolition work.

Property owner Isaria celebrated with employees of the companies involved and the deputy district administrator.

Who did not celebrate: representatives of the city.

- It would not have been far from the town hall down to the largest construction site in the city.

But no one from the town hall accepted the invitation from the Isaria project development company or its owner, Deutsche Wohnen, to celebrate the demolition work on the former MD site.

Isaria managing director David Christmann can be quoted as saying: “Of course we regret this.

Work is exactly on schedule

Apart from the fact that the party had to take place in a smaller group than planned, there was a good atmosphere in the specially erected tent in the factory's former wood storage area. No wonder: the work followed exactly the specified schedule, there were no accidents and no other unexpected negative surprises.

40 buildings with cellars and a volume of 704 561 cubic meters have so far been dismantled on the 14 hectare area, which consists of the central area, the Mayer Terraces to the north and the wood storage area to the south.

According to Christmann, over 70 percent of the demolition material was reprocessed and broken into recycled concrete.

After the paper production was shut down, the MD site was one of the largest demolition and building disposal sites in Bavaria.

The beginning of the end: demolition work began in autumn 2019.

Investor still has no building rights

All in all, as Christmann summarized, with the end of the demolition work one now has a building site that is ready for construction; the excavation and rehabilitation of the Mühlbach should be completed by the end of next year. Isaria has meanwhile invested 25 million euros in its project, and now his company is only hoping "that it will be amortized at some point". Because to the "discomfort of the investor", as Christmann described his emotional state, his company still has no building rights despite the "high advance payment". "We talk, we discuss, we have an idea, the city has an idea". What else does not exist: "Key data, a basic plan."

Helmut Zech, who had come on behalf of District Administrator Stefan Löwl, also emphasized in the direction of the Dachau town hall that the development plan procedure should now please go ahead.

Because: "We have to solve this optimally, for Dachau and for everyone together." The area is a "huge opportunity".

Sure, Christmann admitted, he had no leverage over those responsible for the city.

However, he promised "that we know what we are doing".

Isaria and Deutsche Wohnen have a good reputation both in terms of planning and design, "we are an experienced developer".

The fact that the new construction of the “Mühlbachviertel”, as the factory site will be called in the distant future, “must take place in a certain quality, we face this responsibility”.

The quarter gets an artificial surf wave

As long as the renaturation of the Mühlbach, which should also get an artificial surf wave, is ongoing on the central area, the Isaria boss is still relaxed according to his own admission.

But until 2023, says Christmann, “we need building permits.

Otherwise it will hurt us. ”His urgent“ Christmas wish ”to those responsible in the town hall is therefore to agree on the most important key points this year.

In principle, “we are relatively close”.

Big chunks had to be removed.

Above all, the shattering of the concrete foundations caused noise.

Deputy District Administrator Zech, who looked back "with sadness" at the "good old paper factory", was ultimately concerned with the fundamentals, namely the "madness that is going on in Germany right now".

When the great politicians speak of the importance of affordable housing, it is nothing but “hypocrisy”!

What makes building so expensive are the countless regulations!

“We're examining ourselves to death.

There is no longer any unpolluted material, ”Zech grumbled.

Who is responsible for this bureaucracy?

Ready for construction: Today there is not much left of the old MD paper mill.

At least for the future Mühlbachviertel, Christmann was able to reassure him.

There is "social, ecological and economic sustainability in the foreground". 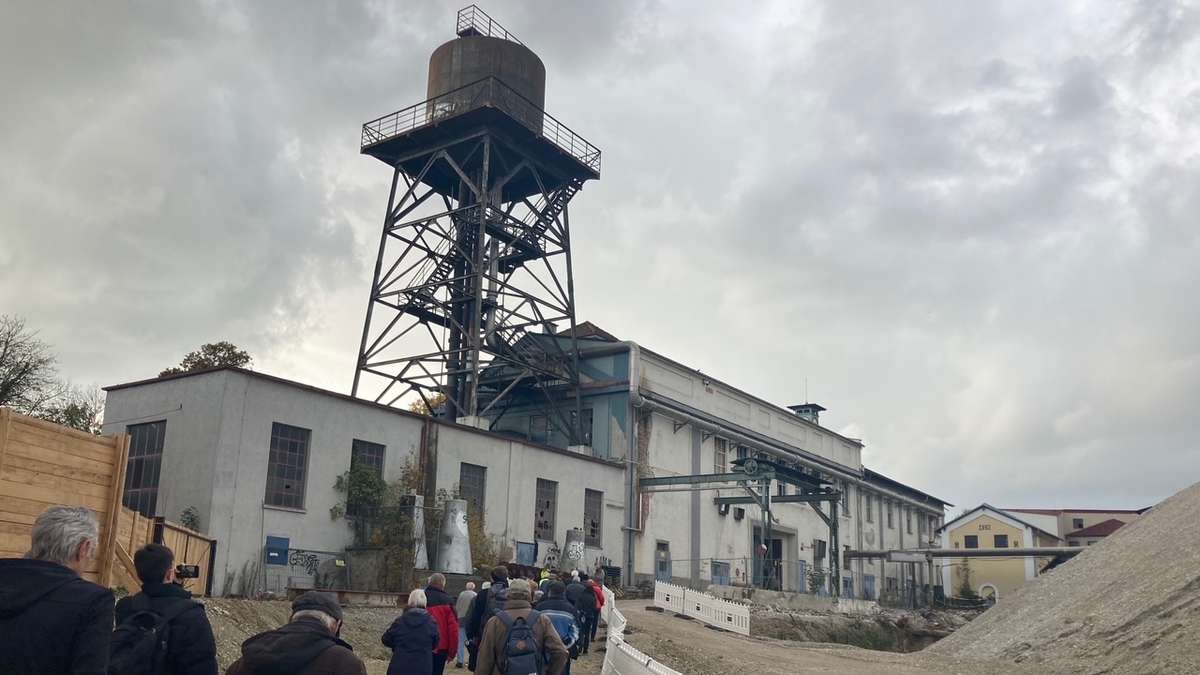 The last wall has fallen Lingnan University says the student union’s recognizability is insufficient if the number of members does not rise or does not recognize status
2021-12-06T11:29:38.386Z

Cruel torture of pigeons│The number of killings under the epidemic has increased to at least one group per month to strengthen the criminal responsibility of the abuser
2021-12-06T11:23:27.490Z

An associate of the commissioner and the factory that was disqualified: This is how they tried to sell unnecessary weapons to the police during the "Wall Guard" - Walla! News
2021-12-06T11:23:15.722Z