The situation in the super election year 2021: What is Armin Laschet actually doing?

While a new coalition is growing together in Berlin, the failed candidate for chancellor is on a farewell tour. And: Will the Germans actually miss Angela Merkel? That is the situation in the super election year. 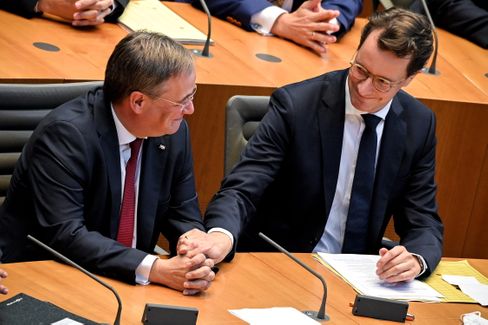 These weeks after the federal election could have been a beginning, the greatest possible career step, a breakthrough.

But Armin Laschet is not going to be Chancellor.

Laschet's 60 years is not yet an age for a politician, but everywhere there are signs of farewell.

In Berlin, Laschet tries to moderate the successor process in the party.

in a hotel in the capital to discuss how much basic participation is allowed for the election of the fourth chairman within four years.

Next Tuesday, the party executive will take the vote of the district chairman and present

The aim is to clarify the leadership issue this year.

The way there remains so far: unclear.

In Düsseldorf, the former Minister-President (retired) is allowed to give a farewell speech this Wednesday afternoon

("It was a pleasure, an honor, Glückauf") before he

to be his successor.

On the other hand, Olaf Scholz, who is about to giggle with his green and yellow government partners, at the constituent session of the Bundestag on Tuesday - what a difference.

Both men have started their political careers.

Kohl challenged Chancellor Schmidt in May 1976

Armin Laschet thus plays a rather rare role among the failed candidates for chancellor in German history:

No, Laschet will probably share the fate of a small minority of candidates: saying goodbye to the big political stage, like

For now he is a simple member of the Union in the Bundestag.

The failed candidate for chancellor as a backbencher.

A coalition is made

The so-called working group phase at the traffic light coalition negotiations has been running since Wednesday: In 22 working groups with 300 members from "Modern State and Democracy" to "Finances and Budget", the contents of the red-green-yellow treaty are to be clarified as far as possible;

before the main negotiators take over after November 10th to bring the alliance to the finish line by the end of November.

In addition to the candidate for chancellor, these main negotiators include the party leaders, general secretaries and other experts.

The new chancellor is to be elected for calendar week 49 - around Nicholas.

So much for the theory, now the practical test is underway.

Incidentally, it is quite possible that the future ministers are already sitting in the working groups and are thus involved in negotiating their own agenda.

As the saying goes: first the content, then the personnel issues.

What we can see here, however, is that the

is missing from the Finanz-AG.

Because neither Green leader Robert Habeck nor the FDP chairman Christian Lindner are represented there.

In the past few days, the two had already given each other a

While Habeck (together with Scholz) pointed out in »Anne Will« that relief for small and medium incomes is only possible with increasing tax revenues.

Since the FDP prevents tax increases (for higher earners), there is no room for maneuver.

Do not find them funny in the FDP.

Lindner put it this way: "We still consider it desirable that lower and middle incomes are relieved."

But the SPD and the Greens "tie tax relief to increases elsewhere, which we do not believe is right in view of the necessary economic recovery in our country «.

And until then: the Merkel government will remain in office.

Article 69 of the Basic Law

That is why Angela Merkel did not sit on the government bench at the constituent session of parliament on Tuesday.

And because she no longer has a seat as a member of parliament, she took a seat next to the Federal President in the visitors' gallery.

At the next session of the Bundestag, however, Merkel and her cabinet members will sit down on the government side again.

Because the Federal President has asked them to continue their official business until their successor has been appointed.

After Kurt Georg Kiesiger, Merkel is only the second Chancellor without a Bundestag mandate - even if only in a provisional role.

Incidentally, I was impressed by the speech by Wolfgang Schäuble as the senior president of Parliament - especially the plea against all varieties of client and identity politics.

This is exactly how it is - unless this plea for equality is misunderstood as a plea against diversity.

The new Bundestag President Bärbel Bas did not forget to mention her home town Duisburg in her first speech: Diversity is an opportunity for all of us, said the SPD politician, who belongs to the minority of non-academics and non-high school graduates in the Bundestag.

The previous health politician Bas won her constituency of Duisburg I with 40.3 percent of the first votes

and thus got around twice as many votes as the second-placed CDU applicant.

"By the way, Duisburg, where I was born, has never seen a child in the city elected to such a high state office," Bas said, smiling afterwards: "I had to get rid of that now and then."

So far, the Green

President of the Bundestag Bas

Do you notice something?

Exactly, they are all women.

In Duisburg and out of Duisburg, women in particular are obviously making careers.

Apparently, most Germans see the exploratory talks of the Ampel partners as a success for the FDP - and expect that at the end of the coalition negotiations, the liberals will be able to prevail most strongly.

According to a survey by the opinion research institute Civey for SPIEGEL, this is expected by a

majority of supporters from the FDP, the left, the Union parties, the Greens and the SPD

Among AfD sympathizers, the FDP and the Greens are in balance on this issue.

What is particularly interesting is the high level of confidence shown by the FDP supporters and those of the Greens and the Union.

Half of Germans say that they will not miss Angela Merkel after her tenure as Federal Chancellor.

The expectation of missing people is most pronounced among supporters of Union parties and the Greens.

But even among left-wing sympathizers, almost one in three states that they will miss Merkel in the future.

There is little movement on the Sunday question.

The SPD is still clearly ahead of the CDU and CSU.

The Greens, FDP and AfD are fighting for third place.

The left sticks to the five percent mark.

The social media moment of the week ...

The Saarlander has waived his parliamentary mandate for younger people - and packed his painful farewell on Tuesday in a sympathetic and self-critical tweet.

His "sorry for mistakes" has given Altmaier more than 23,000 likes for the tweet so far.

The stories of the week

I would particularly like to recommend these politically relevant stories from our capital city office to you:

And once again the note on our own behalf: You can order this briefing as a newsletter in your e-mail inbox here. 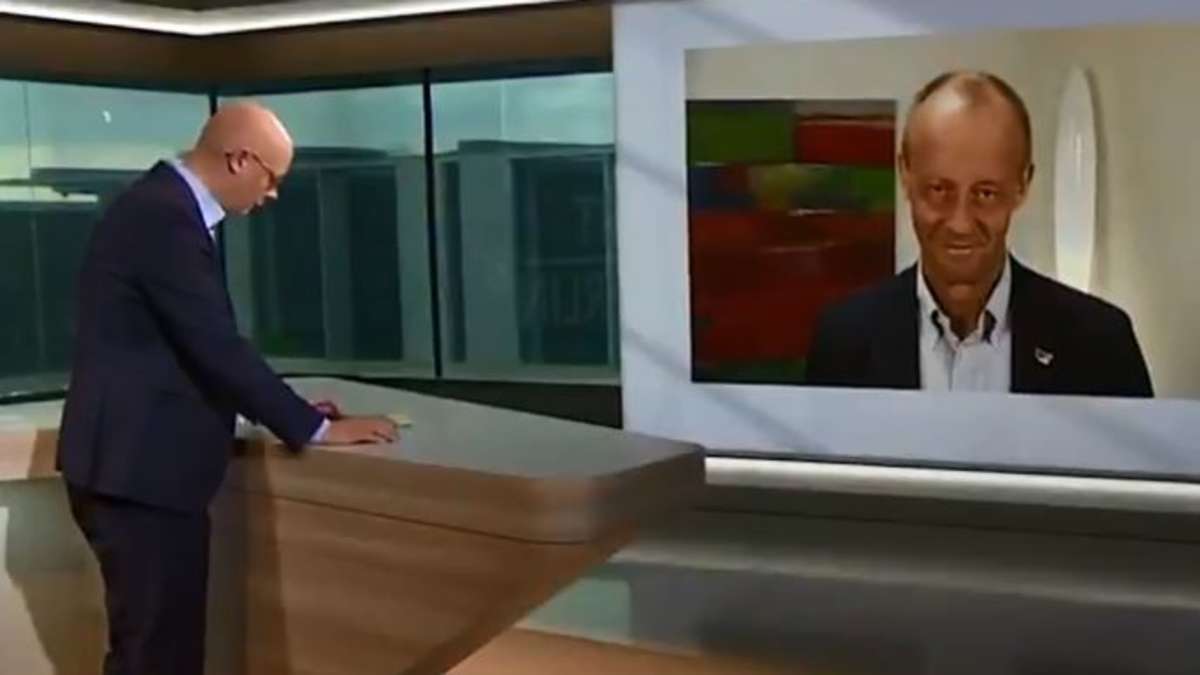 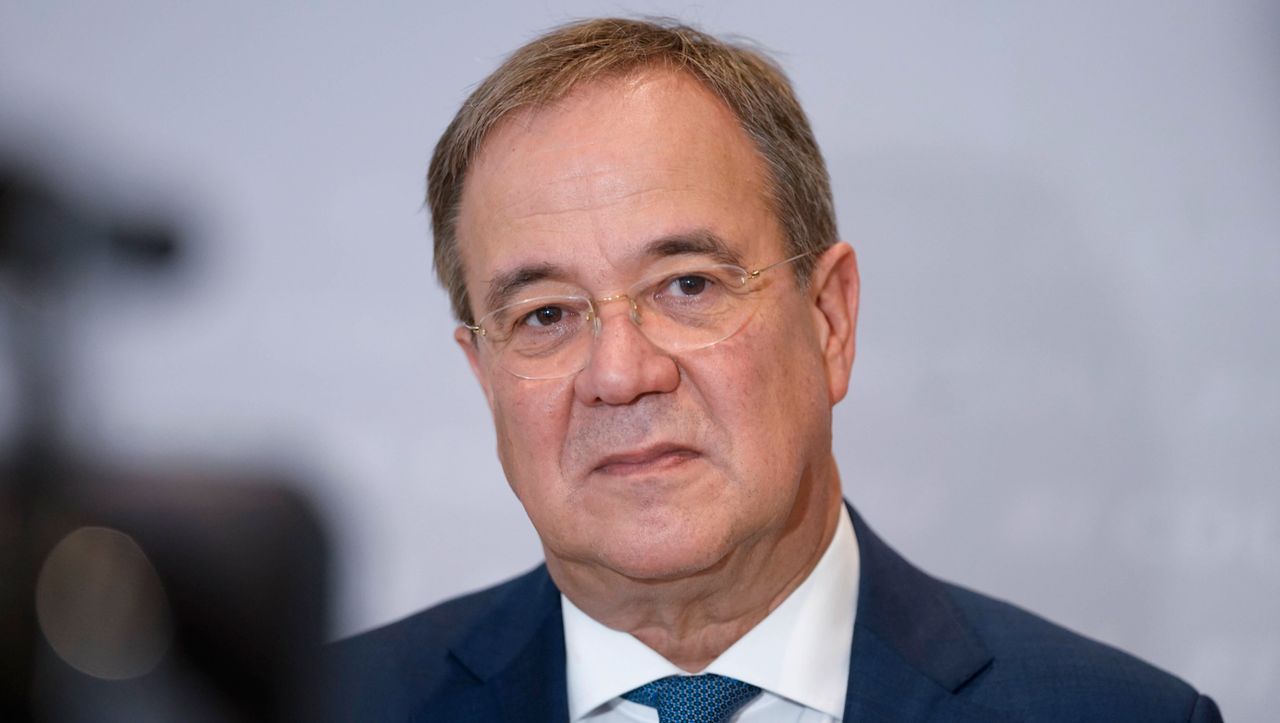 On TV: Merz prefers not to list Laschet's CDU future team - and is ridiculed

When asked about his wife: The student completely upsets Laschet - "That hurts me"

Legislative Council Election | Netizens in the nomination period are concerned about calling for unqualified votes to violate the bill. This sector has become the focus of attention
2021-11-17T04:45:12.506Z

The Observatory expects that Friday will be clear for viewing the partial eclipse of the moon and the cold front will reach Taguling or reach cold levels next week
2021-11-17T04:33:05.102Z