Torrential rains in Sicily, preparing for a cyclone

Sicily, which has been facing heavy rainfall since Sunday causing flooding, was preparing Thursday for its second cyclone in ...

Sicily, which has faced heavy rainfall since Sunday causing flooding, was preparing for its second cyclone in a week on Thursday.

Three people have already died in torrential rains and mudslides that have hit the region of Catania, the second largest city in Sicily, since this weekend.

The inhabitants of this coastal town in the south-east of the island were preparing for another episode of bad weather on Thursday.

", is due to approach the eastern coasts of the island and neighboring Calabria (the tip of the Italian Boot) overnight from Thursday to Friday, according to the ISPRA Public Research Institute.

Heavy precipitation and storms at sea are expected on the coast, with waves of over 4.5 meters,

" he said, stressing that these Mediterranean cyclones are more frequent this season.

Schools were closed in Catania and Syracuse, where local authorities ordered administrations and courts closed until Friday.

Damage to crops and infrastructure

” are low pressure systems similar to tropical cyclones forming over the Mediterranean Sea.

The cyclone that hit Catania on Tuesday, accompanied by 300 mm of rain in 24 hours, submerged the city's central square.

Italian televisions showed images of the flooded emergency rooms of the Garibaldi-Nesima hospital in Catania as well as of the courthouse.

According to Antonio Navarra, meteorologist and president of the Euro-Mediterranean center on climate change, quoted on Wednesday by the newspaper Il Corriere della Sera, Sicily, which also broke heat records this summer, is at the center of extreme weather events .

We are trying to understand if with climate change these phenomena will become more intense and if their nature will change with the increase in their frequency,

According to Coldiretti, the main Italian agricultural union, farms have suffered significant damage, including olive groves and plantations of orange and lemon trees.

The damage to crops and infrastructure caused by bad weather this year in Italy is estimated at two billion euros.

Torrential rains in Sicily, preparing for a cyclone Extreme storms are raging in Italy: “Tragedy” in the city of Catania - and the forecasts do not bode well

Extreme storms are raging in Italy: “Tragedy” in the city of Catania - and the forecasts do not bode well

“Highest risk of storms” in Italy: meter-high waves expected - another “escalation of the situation” threatens 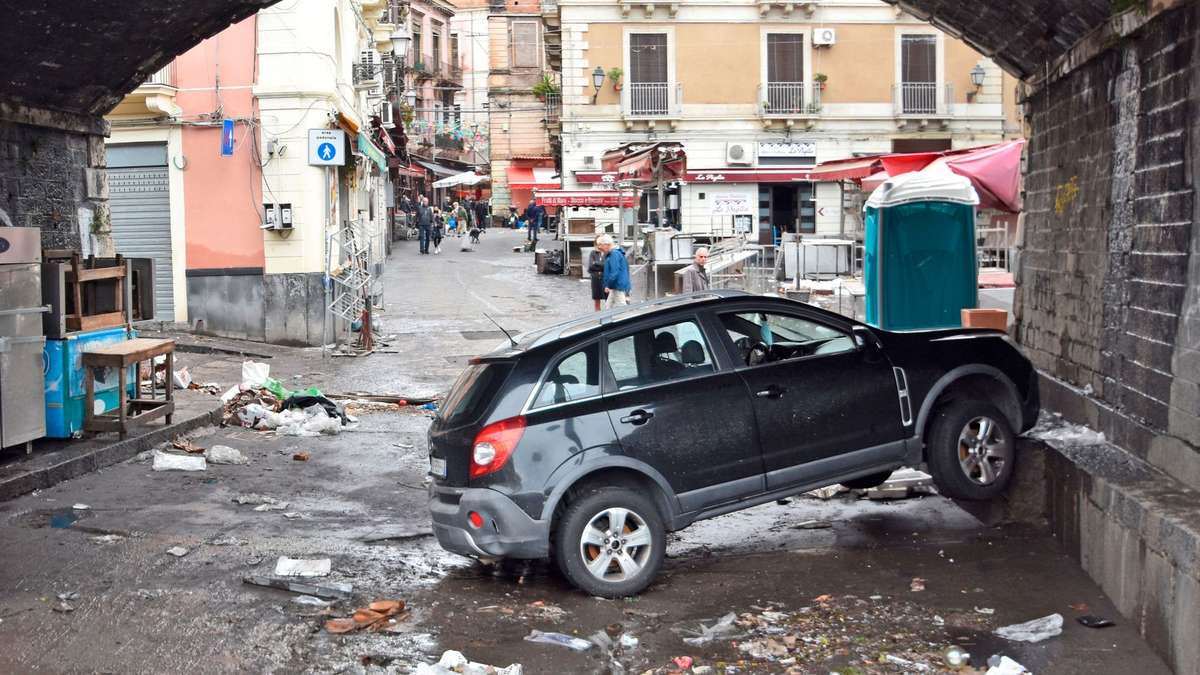