Markus Söder will order a nationwide disaster for Bavaria from Thursday. State government sees increased need for coordination due to full hospitals.

Markus Söder will order a nationwide disaster for Bavaria from Thursday.

Munich - In view of the dramatically increasing number of corona infections * Bavaria is once again facing the nationwide disaster.

Prime Minister Markus Söder * ordered the disaster to be established from November 11, 2021 due to "the current worrying situation in the corona pandemic *," the State Chancellery announced on Wednesday in Munich.

Söder had previously announced this at a meeting of the CSU * parliamentary group.

The Ministry of the Interior will promptly issue a corresponding announcement.

The determination of the disaster enables a coordinated and structured approach by all authorities, agencies and organizations involved in disaster control.

The disaster in the corona pandemic was already declared on December 9, 2020, it was not lifted again until June 4, 2021.

The corona infection process is currently developing very dynamically in Bavaria, according to the state chancellery.

“At the same time, the occupancy of hospital beds, especially intensive care beds, with Covid-19 patients continues to rise.

In many hospitals, there is already no or very little capacity available. ”This increases the need for coordination when occupying intensive care beds and moving patients from overburdened clinics.

"The corona pandemic endangers the life and health of a large number of people in the entire state of Bavaria." (Red / dpa) Söder reacts: disaster declared for Bavaria - what that means for the Free State 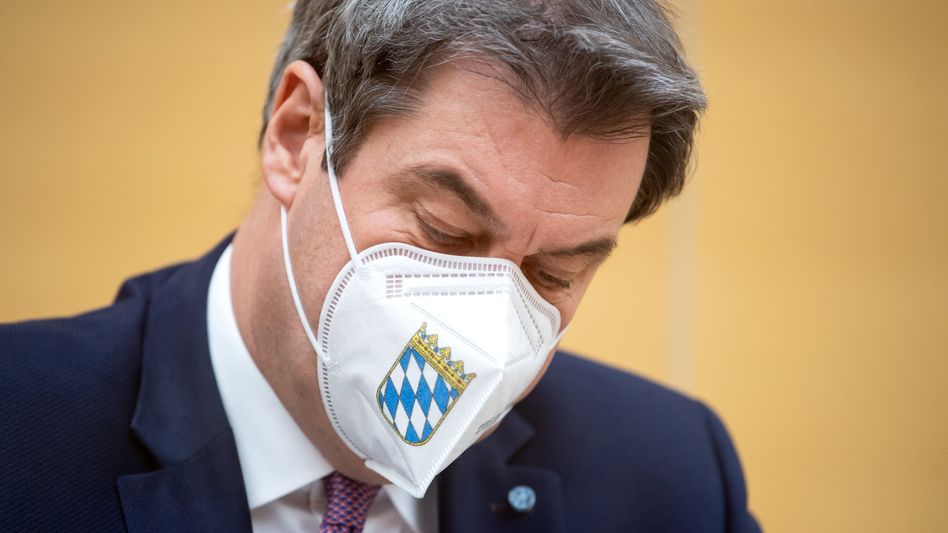 Corona alarm in Bavaria: Söder gives reasons and what is needed now - is the vaccine running out?

Corona alarm in Bavaria: Söder gives reasons and what it takes now - is the vaccine running out?

Corona alarm in Bavaria: Söder gives reasons and what it takes now - is the vaccine running out? Royal visit to Munich: Söder makes a bitter decision - there is one thing he still insists on