Evacuation by helicopter: Noah Wild from Altenstadt rescues himself from Canadian flood areas

After a trip to the Rocky Mountains, Noah Wild from Altenstadt was stuck in the gym in the small Canadian town of Hope for days. The reason: extreme floods. The 19-year-old ordered a helicopter himself for the evacuation. 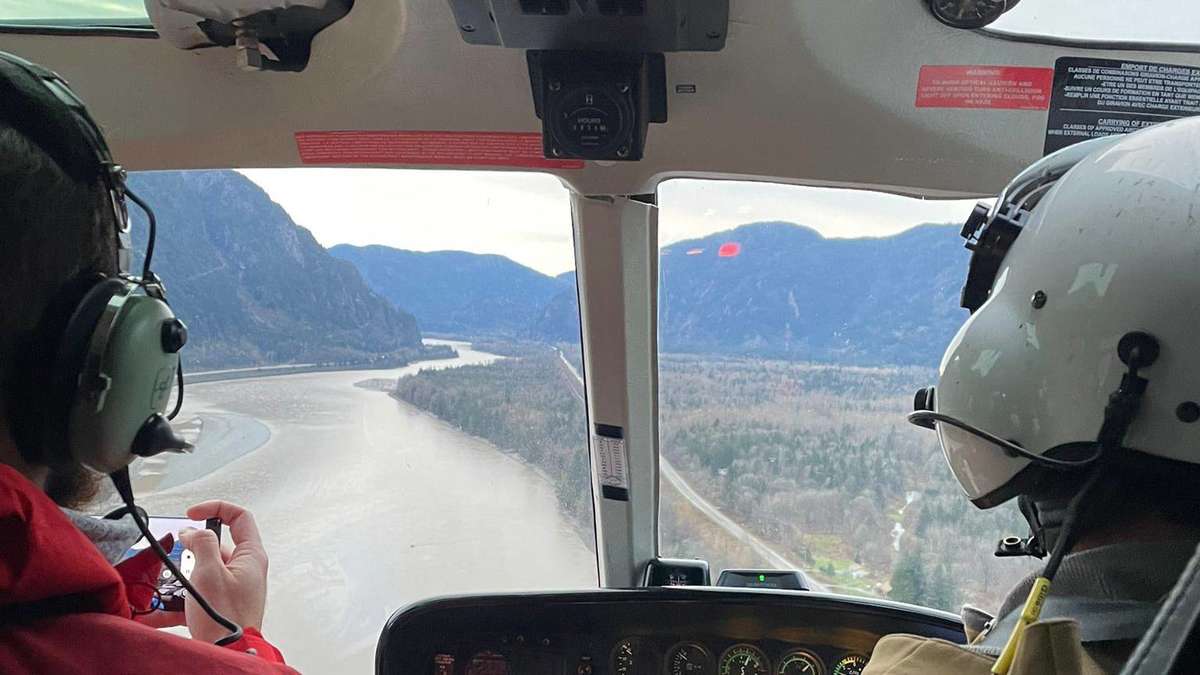 After a trip to the Rocky Mountains, Noah Wild from Altenstadt was stuck in the gym in the small Canadian town of Hope for days.

The 19-year-old ordered a helicopter himself for the evacuation.

- Around 60 people were sitting in the bus that was traveling from the Rocky Mountains to Vancouver when suddenly nothing was moving forward. Right in the middle: Noah Wild from Altenstadt. The 19-year-old has been in Canada since September, where he is attending a language school. Together with his classmates, he had gone on a weekend tour through the mountains. Nobody had expected that the real adventure would only take place on the return journey.

The bus was shortly before its destination.

It would have taken around two hours before the young excursionists would have arrived back in Vancouver.

“It was said quite early on that we had to take a detour,” says Wild.

Because of the extreme weather conditions - the continuous rain had triggered massive landslides and mudslides - many roads had become impassable within a short period of time.

The consequence: traffic chaos and hours of traffic jam.

"At some point we had to turn around completely."

Landslides and mudslides made it impossible to continue

For a long time, however, he and his passengers were left in the dark about where to go.

“The first night we had to sleep on the bus.

Many got sick - including me, "says Wild, who still has a cold when he tells the local newspaper about his four-day adventure.

The next day, the driver drove to the nearby small town of Hope, which was badly affected by the flooding.

“We got into the high school gym over there.

That was the only place with electricity. ”Noah Wild estimates that around 700 people found shelter in the sports hall - including many local residents.

“They were actually told to stay home.

But many of them had no electricity. ”So they too went to high school until the electrical supply was back on.

That should take another day.

A high school gym was turned into an emergency shelter

“When we got there, we got pizza and water.

Neither of us had much to drink with us.

We wouldn't have been on the road much longer, ”says Wild.

Otherwise the situation in the gym was precarious: freezing cold, no showers, no real beds.

And information was also kept a low profile.

"A lot of things were so contradictory, we never got any correct information."

The uncertainty about when it will finally go on was the worst for the 19-year-old.

Especially when the situation tightened.

“There was a new flood on Tuesday.

Then it was said, we won't get out a week later at the earliest. ”All the highways around Hope were impassable, the city completely cut off.

To get out of the situation, the 19-year-old ordered a helicopter

For Noah Wild it was a horror to stay in the emergency camp for a whole week.

Especially because his health was deteriorating.

"At that point it was clear to me: I have to get out of here." So, together with another language student from Germany, he took care of getting out of the hopeless Hope as quickly as possible.

This was made possible with the help of the Internet and the support of parents Martina and Robert Wild, who were always on the phone with the excitement.

Noah Wild is overjoyed about his place in the helicopter.

He and his friend found five to six companies, all of which were "completely overrun".

The demand for evacuation flights was immense.

The two young men were lucky: They were able to find a helicopter that took them from the small urban airfield near Vancouver on Wednesday.

No support from the Canadian government

“The flight should have left at 2pm. We waited forever and got nervous because the sun sets here at 4.15pm. ”No light, no flight - the pilots only fly“ on sight, ”explains Noah Wild. In the end everything went well. They were able to take a seat with one other person in a helicopter that brought them to safety. Just in time: "We landed and shortly thereafter it was dark."

The 19-year-old paid for the costs himself.

“It was really expensive,” Wild is annoyed.

He would have liked to have received a little support from the Canadian government - but there was no financial or organizational support.

It is also annoying that a train from Hope left shortly after Wild's departure.

That was never communicated.

"Had we known that, we would of course have taken the train."

The main thing, of course, is that the 19-year-old is safe again.

In his one-room apartment in Vancouver, which he will live until March before going back home.

There is always a lot to tell for the young Altenstadter there.

Evacuation by helicopter: Noah Wild from Altenstadt rescues himself from Canadian flood areas 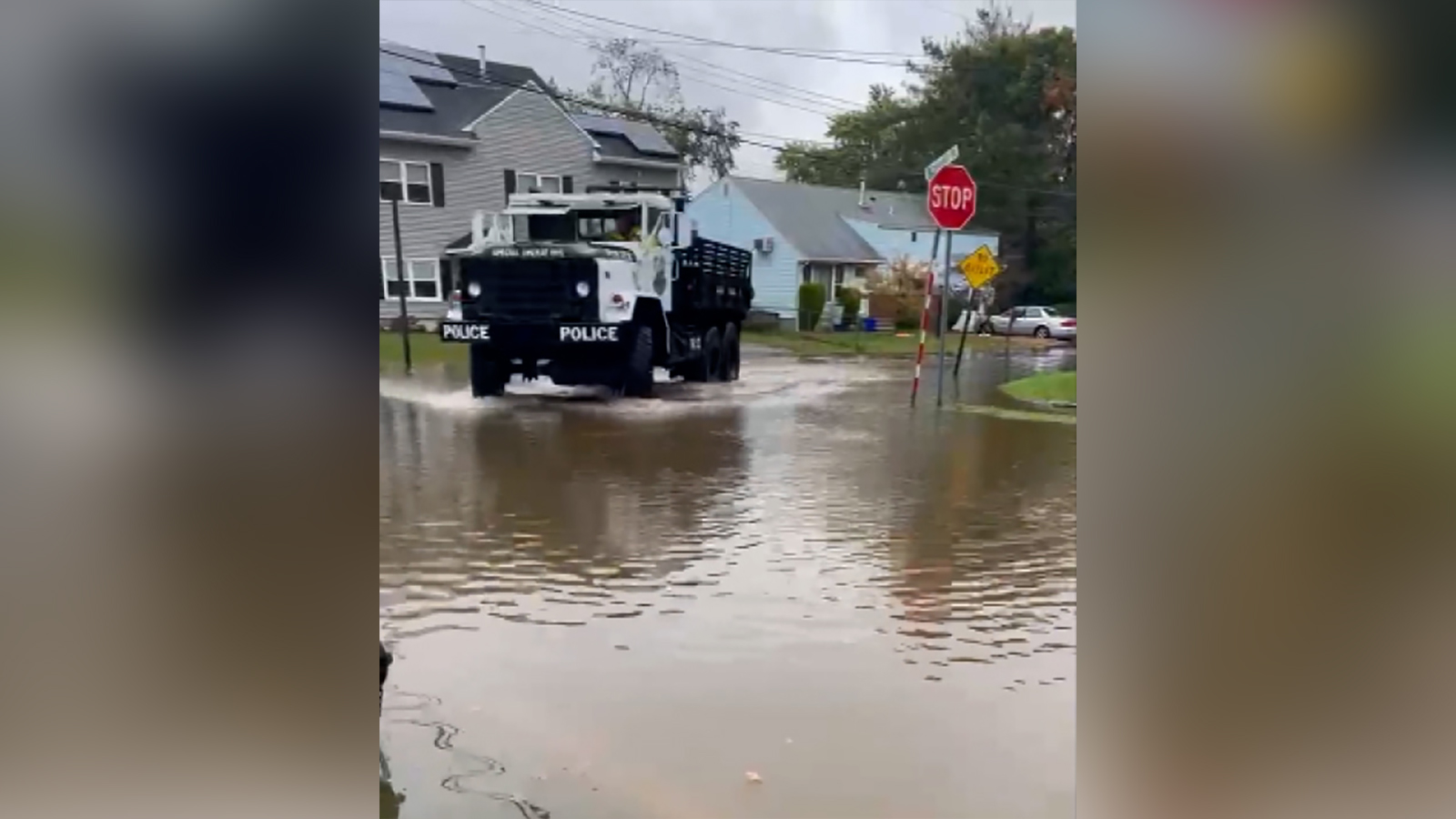 Big storm on the east coast of the United States: news and forecasts 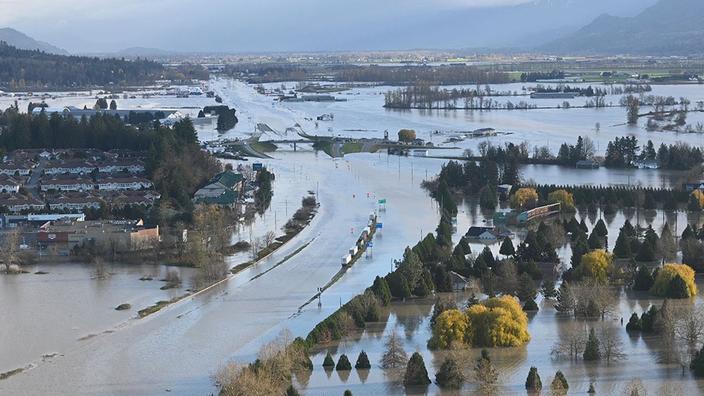 One dead and thousands evacuated due to flooding in western Canada 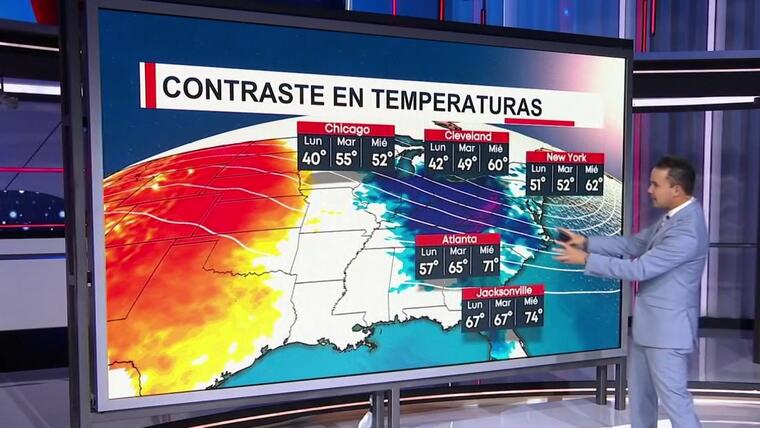 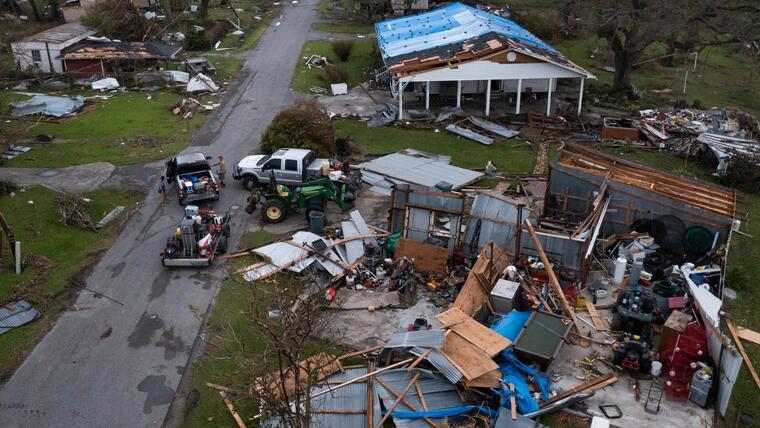