Legislative Council Election | Election of the principal Lin Yongshi of the education sector: Striving for the welfare of teachers is more proactive than the Education Association

The principal of Mary Bay School, one of the candidates for the election of the current Legislative Council, Lin Yong Shi, admitted that his popularity lags behind the other four and he is not familiar with politics. He refused to comment on the Chief Executive Carrie Lam Cheng Yuet-ngor, saying that education cannot be "uncovered." 'S speech 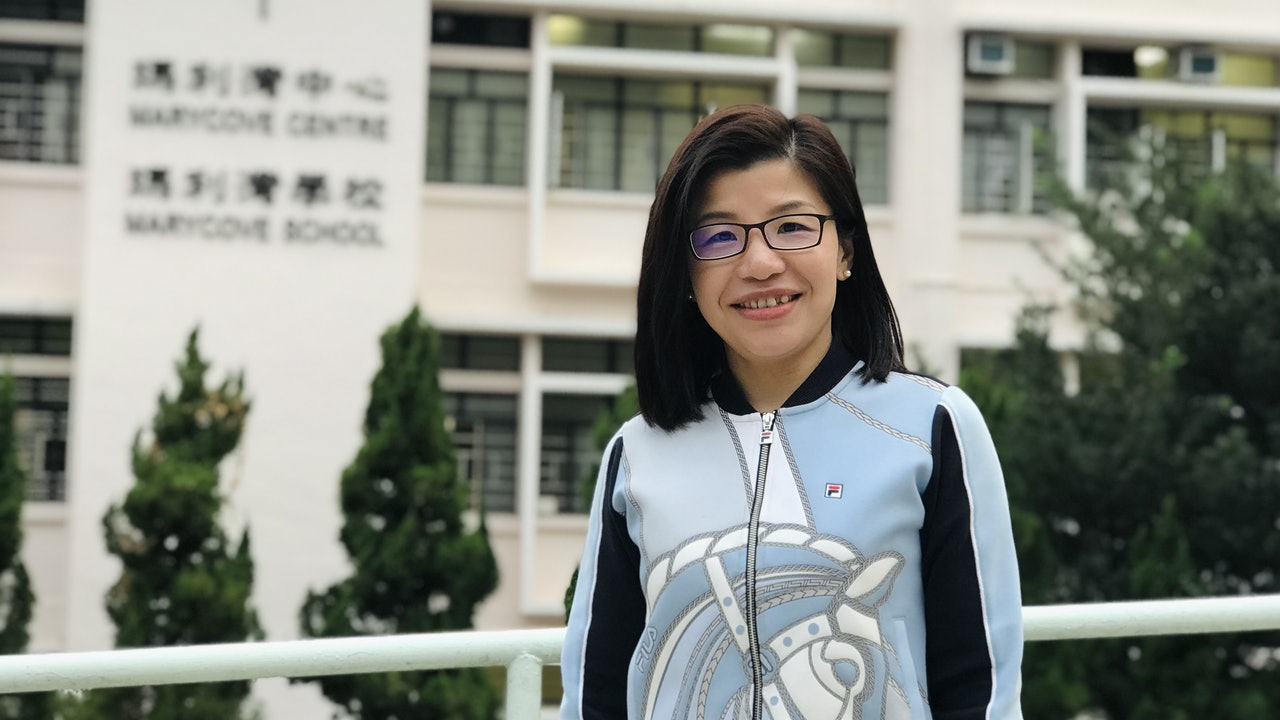 The principal of Mary Bay School, one of the candidates for the election of the current Legislative Council, Lin Yong Shi, admitted that his popularity lags behind the other four and he is not familiar with politics. He refused to comment on the Chief Executive Carrie Lam Cheng Yuet-ngor, saying that education cannot be "uncovered." Remarks.

She believes that "freedom will not expand indefinitely", but hopes that the government will consult and implement it in stages before launching the New Deal.

Regarding the Education Bureau's study of requiring teachers to take oaths, she said that MPs are a bridge between the government and the industry, and it is not appropriate to state their positions, but she believes that "it is not surprising to hold on to the mentality of teaching students well."

Lin Yongshi described Hong Kong’s education sector as facing a “cliff decline” in the population of schoolchildren, while special education in the Greater Bay Area lags behind Hong Kong. He suggested that the Hong Kong government open public school places to attract Mainland students with special educational needs (SEN) to come to Hong Kong to fill up their places. Vacancies in order to achieve "not killing the school."

As for whether the relevant students can enjoy Hong Kong people's medical and social welfare or the right of abode, she bluntly said that she did not think about it, and she believed that it could be left to the public for discussion and government departments to study.

Lin Yong Shi, the current principal of Mary Bay School, is also one of the candidates for education in the current Legislative Council election.

In the six Legislative Council elections since the return of Hong Kong, all seats in the education sector have been included by candidates from the pan-democratic camp and the Hong Kong Education Professionals Association, which has been declared disbanded.

Lin Yongshi, 47, said that she will be "more active than the Education Association" in fighting for teacher welfare, including fighting for equal pay for teachers in elementary and middle schools.

With high property prices in Hong Kong, home ownership has become a collective problem for Hong Kong people. Lin Yongshi suggested that the government try out a flexible provident fund system among teachers, so that teachers who are home buyers for the first time can take part of the provident fund for the first installment.

She also said that the goal of the election also includes the implementation of a family-friendly policy in the education sector. "If I have a (friendly policy), I will give birth to a football team! Haha, I like it. Thin road boy!"

Lin Yongshi is the youngest candidate in the education sector.

She grew up and studied in Kwai Tsing District since she was a child. She has worked in secondary schools and primary schools. She holds a master's degree in educational psychology from the Chinese University and a master's degree in applied linguistics (English) from the University of Hong Kong. Master of special education, then return to the front line of the school.

She said: "No political stance, no party background, no baggage, no interest groups." If elected, she will diligently "visit the district and the school" to listen to the frontline opinions.

Lin Yongshi has rarely spoken out on education issues in the past, and has only received interviews from a few media to introduce schools and emotional education.

She laughed and said that there were only three people including her on the campaign team, hoping to be a role model for young people to "not give up." Said that his mother was diagnosed with dementia before the deadline for enrollment in the Legislative Council, and hoped that when the mother still has the impression and clear consciousness, she would contribute to the education sector.

After the start of the Greater Bay Area (special education), Hong Kong is mature and can use the experience of supporting SEN. There are principals who will release 150 people a day and reply to double nonsense. But frankly speaking, no one wants to visit Hong Kong after 2019... We directly send (SEN experience) teachers to support mainstream schools, and mainstream schools accept children from the Greater Bay Area.

Advocating to attract SEN students from the Mainland, but not thinking about social security and right of abode issues

Lin Yongshi, who works in a social education school and is committed to bringing "problem girls" back to the right path, believes that Hong Kong's special education is more advanced and advanced than the Greater Bay Area. People with special educational needs in the Bay Area come to Hong Kong to fill the vacancies in Hong Kong’s schools, including those with intellectual disabilities, so as to "not kill schools." With students and schools, but without the ability to take care of the students in this class, they can live by (Hong Kong)."

However, when asked whether the relevant students can enjoy Hong Kong medical and social welfare or whether they can have permanent resident status in the long run, Lin Yongshi said bluntly and did not think about it carefully. He thought it could be left for public discussion and government department research.

Legislative Council Election｜Man Sze Wing, the principal of Lam Man Chan Primary School, denies that he accompanies the run and calls his election as a teacher’s job

After the anti-revision turmoil, Chief Executive Carrie Lam once described in a newspaper interview that the education sector in Hong Kong should not be "open chicken coops." Lin Yong-shih bluntly said that she felt "so nervous" during the interview and couldn't relive the babbling that happened before and after that day." It is difficult to comment. ; She admitted that "I don't know much about politics, so I have to work hard."

"Freedom does not expand indefinitely"

When asked if she agrees with "the red line of education is increasing," she believes that "people do not want to change", but "freedom will expand indefinitely." She suggested that the government should consult before launching the new policy and implement it in stages. People feel that there are many red lines, but it is actually your attitude and implementation method."

As for how students would respond if they violated the National Security Law or the National Flag Law, she immediately responded by saying, "Tell me, don’t talk about it!" She explained that the school is the future of Hong Kong and should be communicated more. Measurable? There is no denying the legal responsibility, but it must be poured out."

Whether or not to support the oath depends on the opinion of the industry: if you hold on to teach students well, you won’t be surprised

As for the government's study of teacher oaths, "If it is really a law or policy, I believe that all teachers and industry colleagues will abide by the law; I believe that when every industry worker has the mentality of teaching students well, it will be no surprise!".

As for support or not?

She said that legislators must consider the opinions of the education sector and act as a bridge, trying to balance the government and the industry. It is not appropriate to state a position: "The role of a bridge is not to express a position, but to strike a balance. Hard, this is the education? The teacher is most surprised that after taking the oath, he will make a mistake when he makes a mistake. If I can dispel my doubts, the government will win again and the teacher will win again. Hong Kong will win the most!"

Lin Yongshi suggested that the Hong Kong government open up public-sector school places to attract people with special educational needs in the Greater Bay Area to come to Hong Kong to fill the insufficient number of students.

Legislative Council Election | Election of the principal Lin Yongshi of the education sector: Striving for the welfare of teachers is more proactive than the Education Association 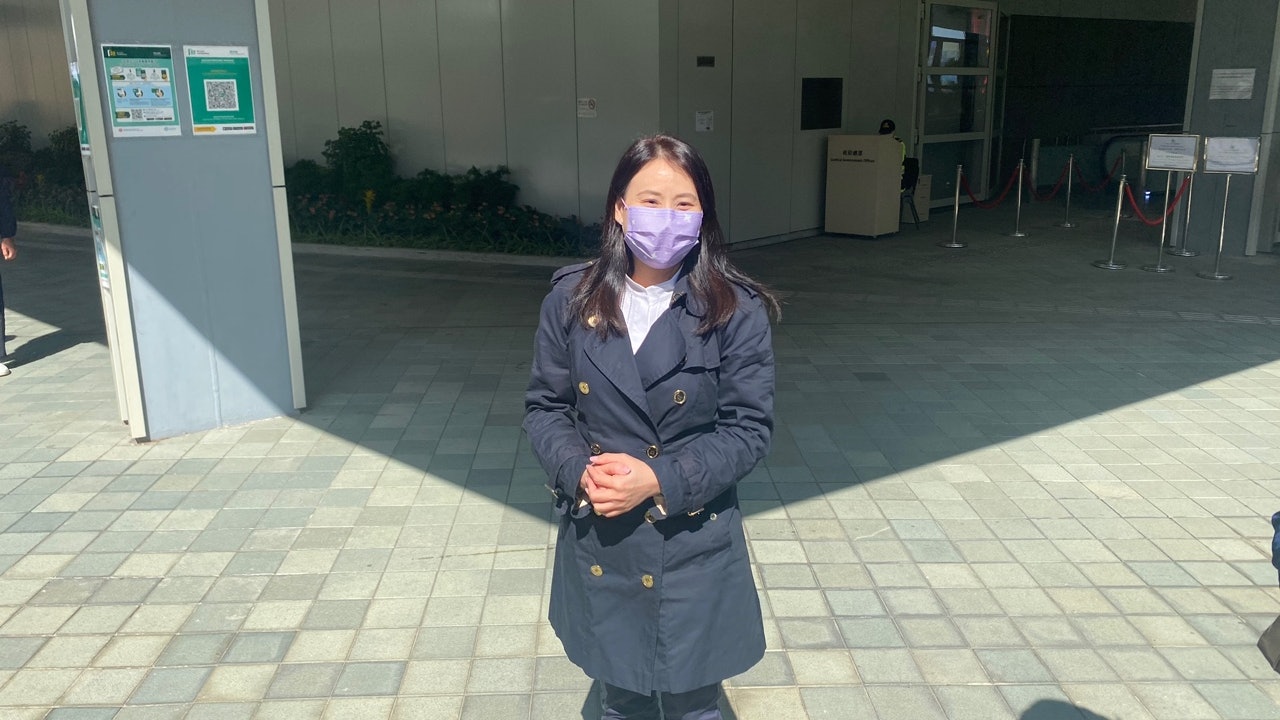 Legislative Council Election︱On the last day of the education sector, two people signed up and five people competed for one seat 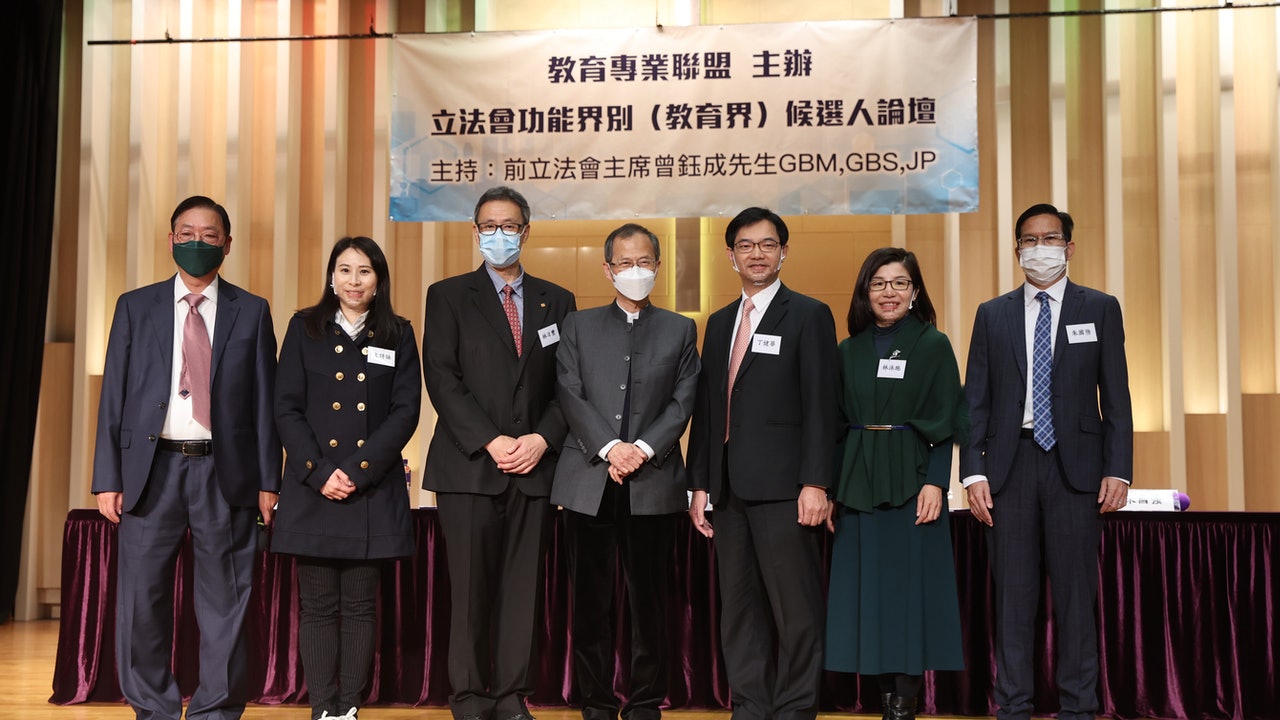 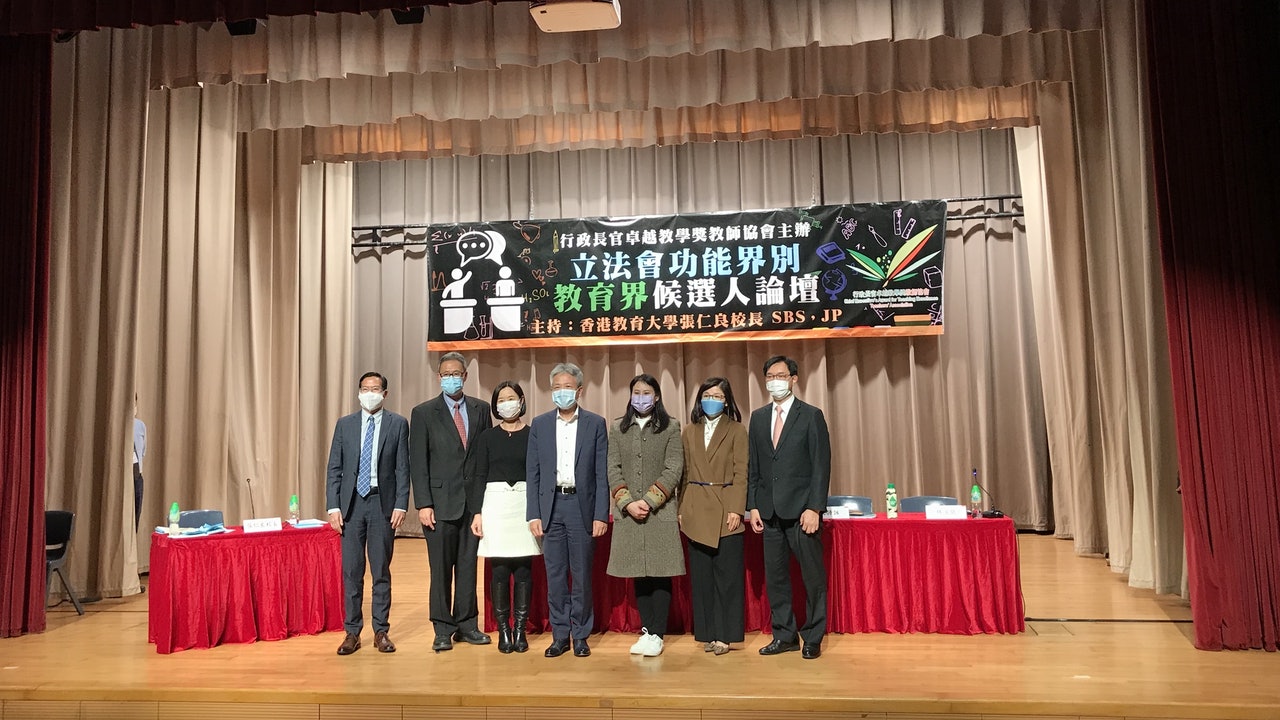 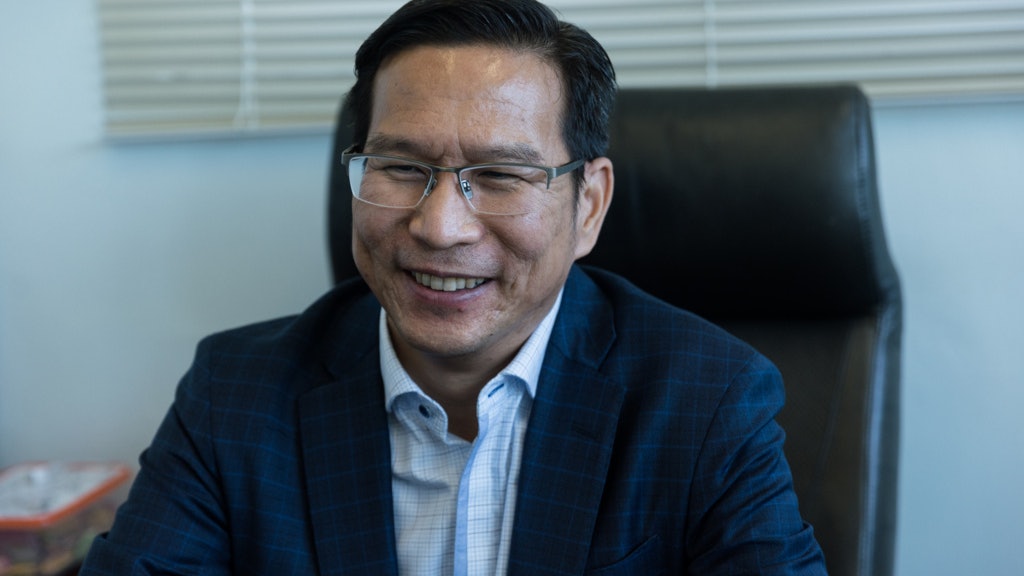 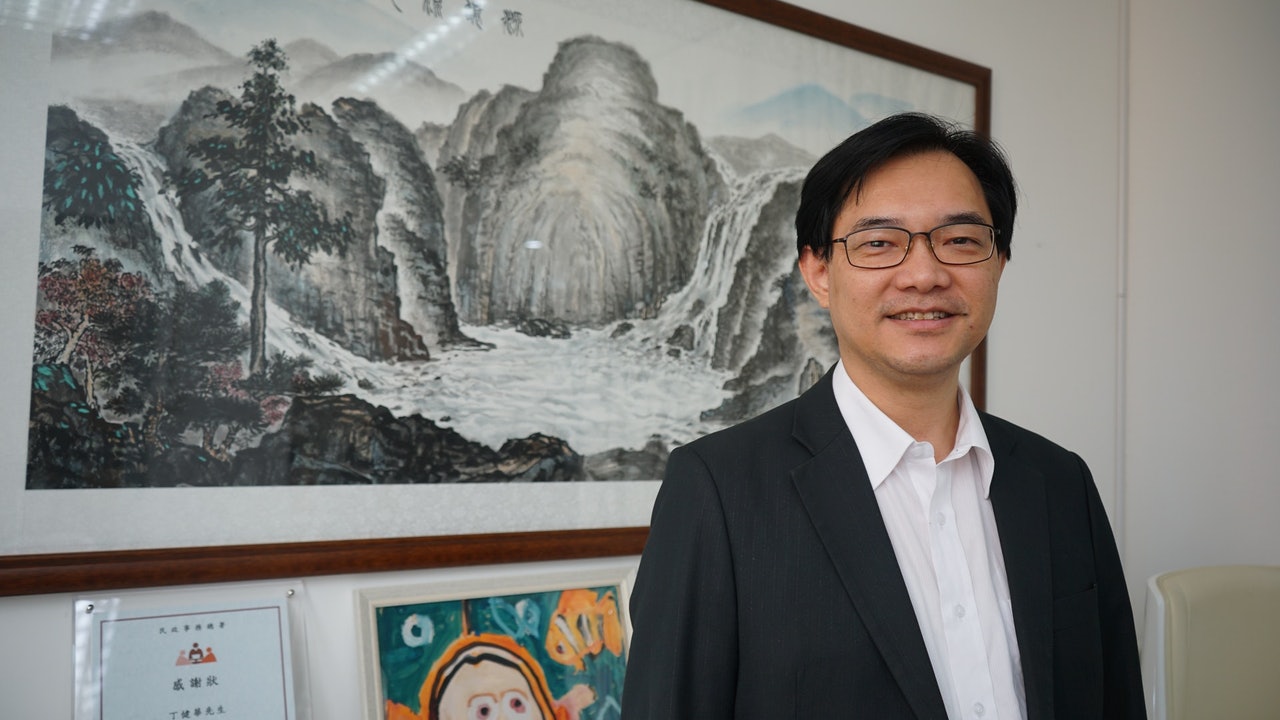 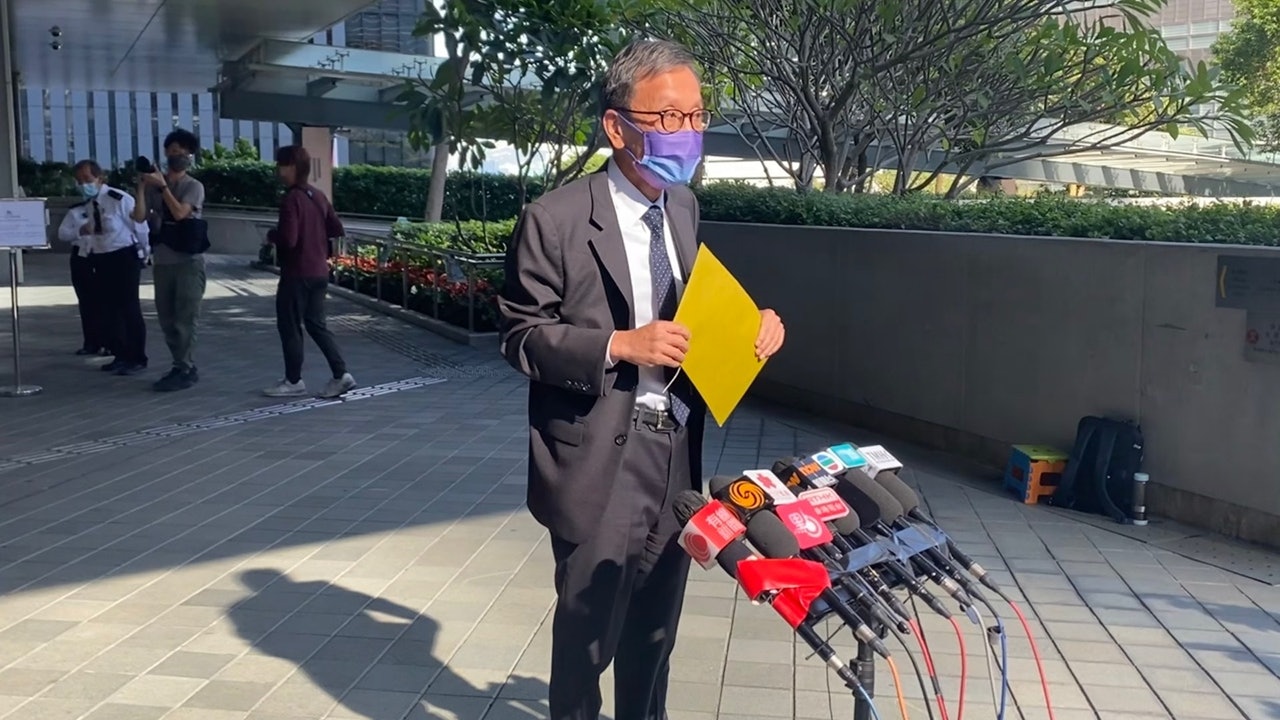