Amit Ramot, a fighter in the Combat Collection Corps, was attacked in hundreds of comments after she posted a video in which she danced with Palestinians at a bus stop in the Jordan Valley • "Take off your IDF uniform," I will not let them talk like that " 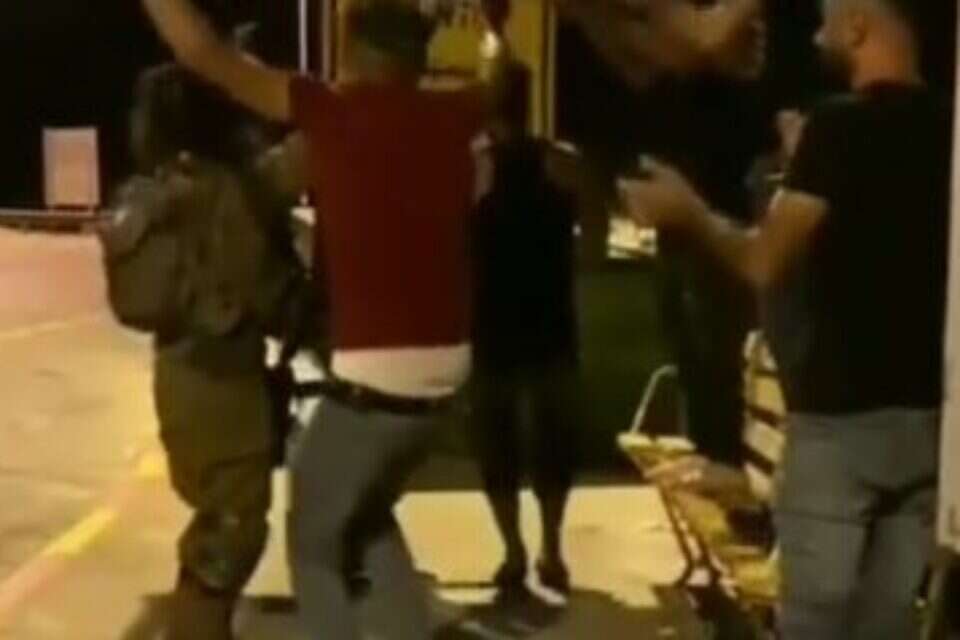 Amit Ramot, a fighter in the Combat Collection Corps, provoked a public outcry and wide-ranging debate, after she was documented dancing and singing with Palestinians during an operational activity.

In a video posted on Ramot's ticketing account titled "Teaching the Palestinians What a Towel is in the Air," the fighter was seen dancing at a bus stop in the Jericho city area with a number of young Palestinians.

But the video, which garnered more than 4,000 views alongside hundreds of comments, caused a public outcry.

"I do not know how much I like about a video like this on the day there was a shooting attack in the Old City," wrote one of the surfers.

Another claimed that "it's friends why not incorporate girls into warfare."

Others were furious and wrote "Take off your IDF uniform", "Such things hurt us", "Do not dance with enemies", "Shocking", "Shame and disgrace" and "Shame learns". In Ramot's actions: "There is nothing like free love", "This is how peace begins" and "All life is to dance and just rejoice".

The person who was furious with the video, among others, was the director general of the Lehavah organization, Benzi Gupstein, who distributed the video and sharply attacked it: "The role of the soldiers is to protect the people of Israel and the Land of Israel.

The attack led Ramot to publish an unusual post in which she clarified her position on the matter.

Ramot is a well-known Facebook anchor, and shares stories and events from her life on a daily basis, but it seems that she did not expect this attack and its intensity.

"By and large I do not really care personally about disgusting reactions, but there is a problem here that concerns not only me personally, but overlooks something bigger and ugly."

"I uploaded a video of myself dancing with Palestinians in the Jordan Valley and along with cute reactions that understand the situation, I received shocking responses such as" And this is how assimilation begins "," And that's why you should not recruit girls for war "," If you were an Arab dancing with Jews what would they say about you ", "Quickly forget who the enemy is," "shame on the IDF," etc., etc. "

"At the end of the day I think that precisely from the deep understanding of the complexity of the conflict, my moral compass is very strong and for a change compared to many soldiers and individual fighters, I think twice before every action I take and before every grenade I shoot and especially in direct contact with the population. That you want, it does not interest me personally as a colleague, but as a warrior, one who was in the role of Iron Fifty and could have been released a long time ago, and chose (with great love and desire) to enlist for 11/3 exits and sometimes even more, re-train and challenge the line of thought "Mine, I will not let them talk like that," she said angrily.

"And if you ask me, precisely from the skeptical and inquiring place, I think that in the field and in moments of truth I act in the most moral way possible in a complex situation, certainly for the children we are, because even with uniforms and weapons we are children. "Sometimes you play and have a little fun, as long as it does not hurt anyone."

"Photograph yourself naked - or your videos will be published": 3 years in prison for trying to blackmail a female soldier - Walla! news In response to his crimes, the international boycott of the Israeli occupation entity expands