The future Chancellor Olaf Scholz (SPD) speaks serious words about the corona crisis before the presentation of the coalition agreement. He wants to set up a crisis team in the Chancellery. 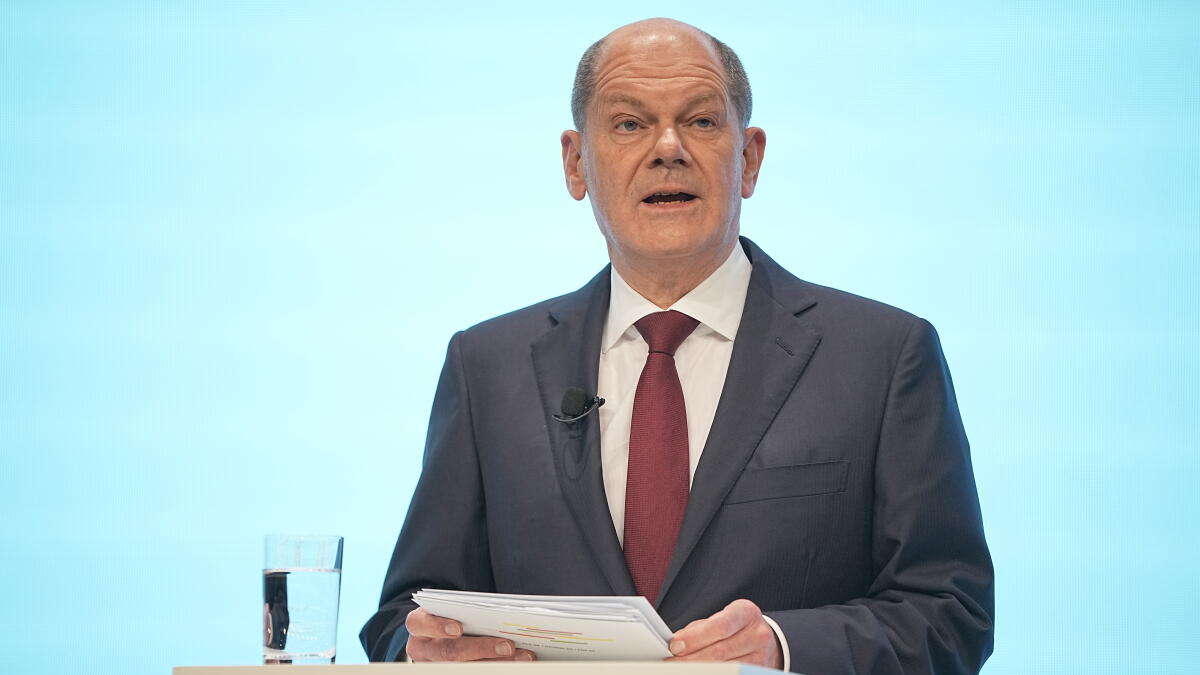 The future Chancellor Olaf Scholz (SPD) speaks serious words about the corona crisis before the presentation of the coalition agreement.

He wants to set up a crisis team in the Chancellery.

Berlin - The likely future federal government appears in front of the cameras and presents the coalition agreement.

Chancellor-designate Olaf Scholz (SPD) is the first to have the floor - but he does not start with the topic of the coalition that has now been resolved: "Corona has still not been defeated," he says instead, "the situation is serious."

All information about the press conference of the prospective federal government can be found in our live ticker.

Scholz has specific announcements in his luggage: The new federal government will set up a permanent crisis team from the federal and state governments as well as a group of experts in the Chancellery - virologists, epidemiologists, psychologists and sociologists will report daily in the future.

“Together we have it in our hands to break this bad fourth wave.

The new federal government will do everything necessary to get our country through this time well, ”says Scholz.

Olaf Scholz (SPD), expected to be the next Chancellor, speaks about the Corona situation before presenting the coalition agreement

Olaf Scholz at the coalition presentation: Vaccinations should be promoted - mandatory vaccination is being examined

The vaccinations are to be promoted with mobile teams, but also with Bundeswehr vaccination teams, doctors and pharmacists.

Further steps (ie a general compulsory vaccination) are "to be checked".

, the Ampelkoalition has already provided a formulation aid for a possible new Infection Protection Act.

Accordingly, the compulsory corona vaccination for employees in nursing homes and clinics could come from January 1st.

Employees would have until March 31 to submit their vaccination status.

Employers would have to check this and be able to present the evidence on request - from health authorities, for example.

In addition, according to plans by the SPD, the Greens and the FDP, the nursing staff should receive a renewed bonus because of the special burdens in the Corona crisis.

The future traffic light coalition partners have agreed to provide one billion euros for this, Scholz said.