And then it was his turn, presumably Scholz's deputy and thus the new Vice Chancellor of the Federal Republic of Germany: Robert Habeck.

The fact that it was not the Greens' candidate for Chancellor, Habeck's co-party chair Annalena Baerbock, who spoke into the mike, but Robert Habeck, who played second fiddle in the federal election campaign, can be interpreted as a party-political symbol.

As a power shift within the Greens.

Because while the spotlight was mainly on Baerbock in the last few months during the election campaign, Habeck is now increasingly taking over the stage.

Vice Chancellor Habeck: Baerbock's statements in the ARD give a deep insight

The coalition agreement stipulates that the Greens should get the post of Vice Chancellor in a future government with the SPD and FDP - but there has been repeated speculation since the Bundestag election about which of the two should be.

Now the Greens are likely to commit to Robert Habeck.

Baerbock was asked: “You yourself were a candidate for chancellor in this election campaign, but then in the end there is apparently not even the vice-chancellorship for you.

Why should Robert Habeck get this job and not you? "To which Baerbock replied:" Because we agreed on it a long time ago. "

This early agreement between the two party leaders became known shortly after the general election.

Habeck himself did not want to comment on Wednesday.

When asked: “If I understand you correctly, it is not yet clear who will be Vice Chancellor.

That means, it can still be Annalena Baerbock? "He replied in the evening on

Baerbock will probably take over the office of Foreign Minister in the Ampel coalition. 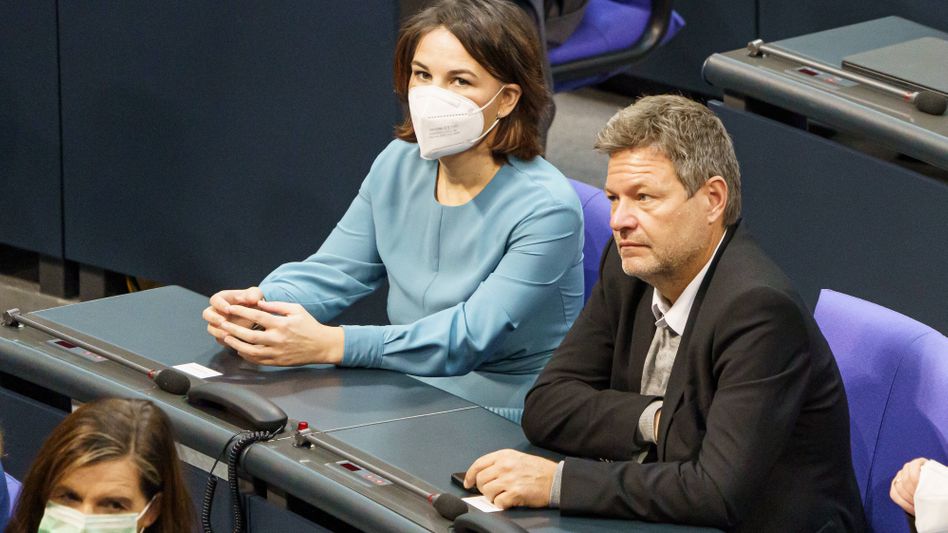