Corona in Bavaria: New incidences for vaccinated and unvaccinated people known - the differences are gigantic

Although the corona incidence has decreased a little, the situation at Bavarian clinics remains tense. Follow the further development in our news ticker. Although the corona incidence has decreased a little, the situation at Bavarian clinics remains tense.

You can find the continuation here. +++

More and more unvaccinated people are infected with Corona in the Free State.

The incidence among the unvaccinated was 1726.3 on Wednesday, as the State Office for Food Safety and Health (LGL) announced on Thursday.

That is a plus of a good 257 compared to the previous week.

In contrast, the incidence of vaccinated persons rose only slightly by 3 to 112.7.

The concern shifts further towards the unvaccinated.

The incidence is currently 15.4 times higher than that of those who have been vaccinated.

The gap is also clear when it comes to hospital admissions.

The hospitalization incidence of the unvaccinated was 17.6 on Wednesday, that of the vaccinated 2.8.

The preparations for the transfer of corona patients from overloaded Bavarian hospitals continue.

According to previous information, 50 Covid intensive care patients are expected to be brought from the Free State to other federal states for treatment in the coming days.

When the relocations should begin was still unclear on Thursday.

According to data from the nationwide intensive care register, the number of Covid 19 intensive care patients in Bavaria's hospitals increased to 1018 (previous day: 1006).

542 of these are currently being ventilated invasively.

Cloverleaf concept: Corona patients from Bavaria are to be relocated

On Tuesday, the nationwide “cloverleaf concept” for the strategic transfer of intensive care patients to less polluted federal states for the Free State and for eastern Germany was activated. The concept is intended to prevent patients in urgent need of treatment from receiving insufficient or no care at all due to the overload of intensive care medicine in a federal state.

The medical director of hospital coordination for Munich, Viktoria Bogner-Flatz, who is organizing the relocations for Munich with her colleague Dominik Hinzmann, reported on Wednesday who could be relocated will be decided according to an intensive care catalog.

Seriously ill people who are ventilated in the prone position are not transportable.

Corona in Bavaria: More and more districts do not have a free intensive care bed

The corona situation remains tense in the Free State.

The hospitals are working to the limit.

More and more districts no longer have a free intensive care bed.

continues. On Thursday, the 7-day incidence in Munich fell rapidly again. The Robert Koch Institute (RKI) put it in the morning at 497.6 (previous day: 594.8). Now the state capital is no longer even colored pink on the RKI warning card. This only blossoms in cities and districts that have a value above 500. The lockdown specter - stricter measures would threaten if the 1000 mark were cracked - has been banished for the time being.

The incidence has also decreased in Bavaria as a whole, albeit only slightly.

For this, two more districts have exceeded the hotspot mark of a 1000 incidence *, the number is now ten districts.

Some of them are already in lockdown.

These include the districts of Regen, Freyung-Grafenau, Dingolfing-Landau, Rottal-Inn, Mühldorf am Inn, Berchtesgadener Land, Traunstein and the city and district of Rosenheim.

The districts of Ostallgäu and Passau were added on Thursday.

The lockdown regulation will also apply here from tomorrow, which means that everything has to close except for schools, daycare centers and retailers.

Only when the counties fall below the incidence of 1000 for five days in a row can they be reopened.

According to the RKI, the corona incidence is falling again in Munich.

how many intensive care

from Bavaria are to be relocated.

When and where is still unclear.

“The planning is ongoing.” The “target areas” would be determined after the suitable patients had been recorded.

Numerous transfers of corona patients to other federal states are planned in Bavaria.

It is not clear whether it is due to the tightening of the rules or because the topic is currently on everyone's lips. However, the number of vaccinations has increased significantly in the past week. As the dpa found out when asked by the Bavarian Ministry of Health, 128,000 vaccinations were carried out across Bavaria on Tuesday alone. Of these, around 100,000 were booster vaccinations, 10,500 second vaccinations and at least 17,000 were first vaccinations.

For example, the majority of the vaccinations were administered on Tuesday by resident doctors - just under 78,000.

The other 50,000 or so were in vaccination centers, mobile vaccination teams and hospitals.

A weekly comparison shows the increase in the numbers very clearly: In the first week of November, a good 179,000 vaccinations were administered, in the second week 336,000 and last week 499,000.

Corona: A quarter of all intensive care patients in Germany come from Bavaria

Another bad news from the hospitals in Bavaria. The nationwide DIVI intensive care register first reported a Covid intensive care patient number of 1006 for the Free State. This means that 41 new patients have been added since yesterday. The Free State thus clearly tops the Germany-wide list. Of the 4047 people who need intensive medical treatment for a Covid 19 disease, around a quarter are in Bavarian wards. The hospital traffic lights switched to red in 600 patients.

The death toll is also rising rapidly: In the past seven days, according to data from Munich's Ludwig Maximilians University, 432 corona patients have died in Bavaria, which is more than a week more than in October as a whole.

Corona in Bavaria: the incidence of hospitalization continues to rise

Munich - It is probably not a trend reversal yet, but still a step in the right direction: The incidence in Bavaria fell slightly on Wednesday, November 24th today - but only below the decimal point. It is 644.3 (previous day: 644.9). More has happened in the hotspot regions. Only eight districts and cities are over 1000. Here people will go into lockdown from tomorrow. The new rules were approved by the state parliament yesterday following the government declaration by Prime Minister Markus Söder.

In addition to the incidence, the occupancy of the hospitals is of decisive importance.

Here one speaks of a so-called hospitalization incidence.

It indicates how many corona patients per 100,000 inhabitants were admitted to the hospital within a week.

The State Office for Health and Food Safety (LGL) gave a value of 9.6 (as of November 23).

The previous day the value was 8.7.

The clinics are filling up faster and faster.

Only 294 of 3190 intensive care beds are still unoccupied in the Free State.

515 of them are ventilated.

Corona in Bavaria: intensive care patients are being relocated to other federal states

The situation at Bavarian hospitals is now so dramatic that preparations have already been made to move a large number of intensive care patients to other federal states.

The so-called cloverleaf concept for the strategic transfer of intensive care patients within Germany has now been activated for the Free State.

This was announced by the German interdisciplinary association for intensive and emergency medicine (DIVI) on Wednesday night.

In the next few days, a larger number of patients will be relocated to other clover leaf regions.

Bavaria is the clover leaf south in the emergency structure.

The states of Thuringia, Saxony, Berlin and Brandenburg, which are also particularly affected by Corona, have also activated the concept, they belong to the east clover leaf.

At the moment there was still free capacity in the north and in Hesse. 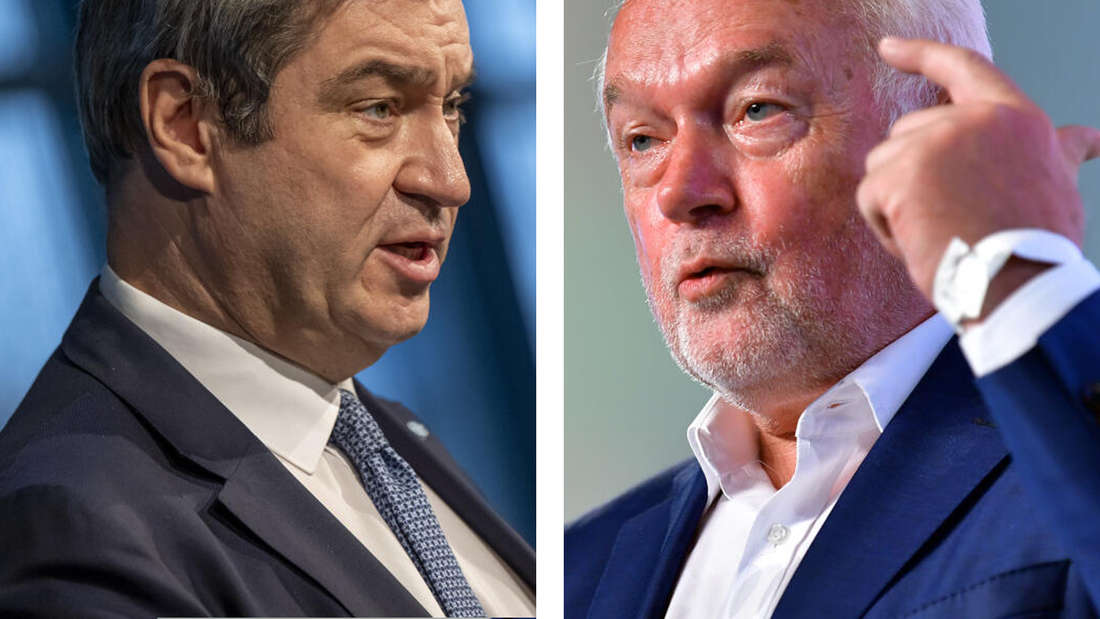 FDP Vice Kubicki calls for Söder to resign: "Obviously has deceived the public"

FDP Vice Kubicki calls for Söder to resign: "Obviously has deceived the public" 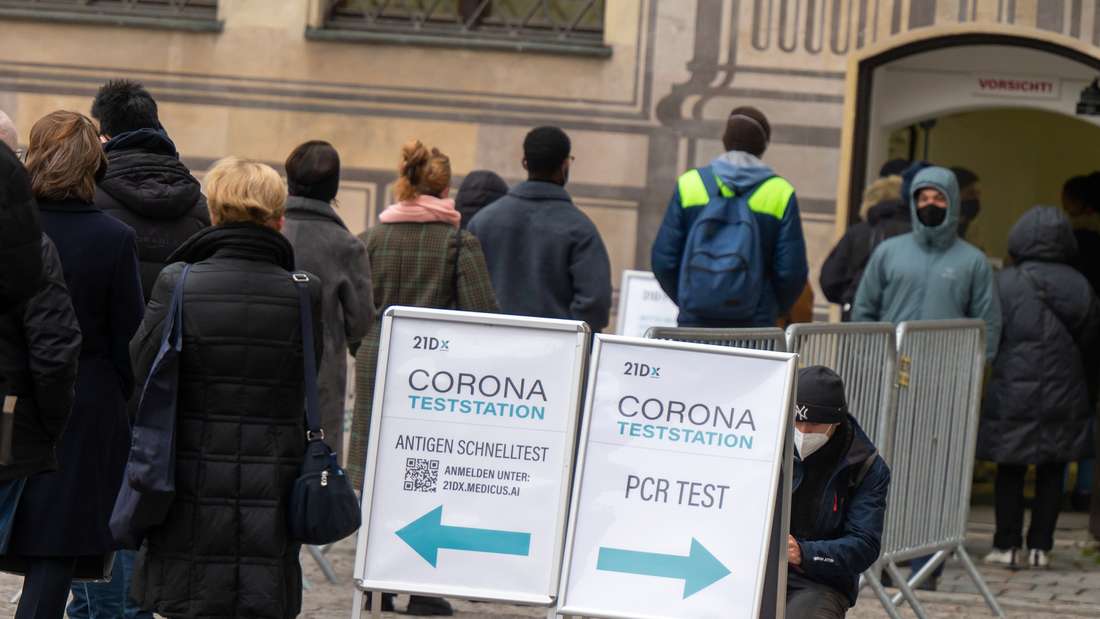 After the dispute over Bavaria's incidence figures in December: the authority justifies itself and discloses all the figures 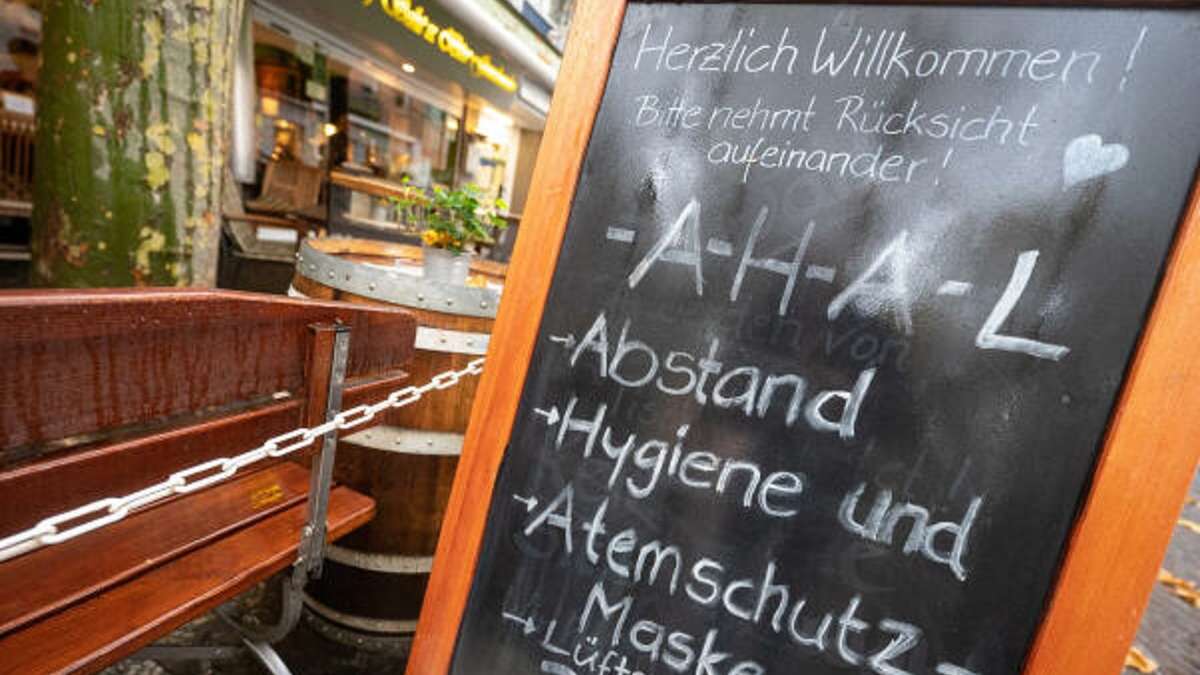 Corona rules in Germany: So different are the current measures in the countries Söder with an announcement for the unvaccinated: "In the end it comes down to this - it can't be any other way" Corona in Bavaria: Massive tightening of the rules - these measures apply from Wednesday