Erdings Motocrosser Lion Florian: "You have to be an asshole in a race"

A fall ended Lion Florian's dream of the World Cup. A second season is not possible - what now? 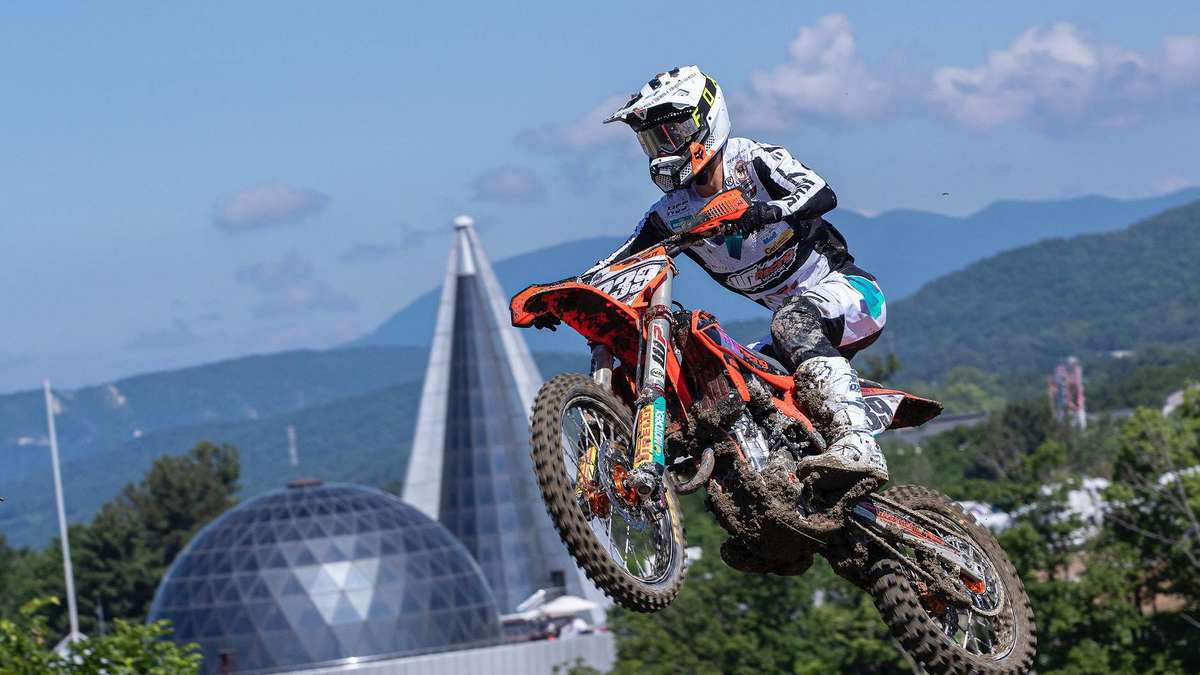 A fall ended Lion Florian's dream of the World Cup.

A second season is not possible - what now?

- Motocrossers love and live the extreme.

Every jump can mean a place on the podium - but it can also end in the hospital.

There is also a fine line between success and failure.

Lion Florian is pretty much on the ground right now.

His first year of the World Cup started so well and then ended on the track in Turkey.

With 29 World Championship points and place 27, he is the second best German, although he only drove eight of the 18 races.

nnoch - so it looks currently, at least from - there will be no second World Cup year more.

But giving up is not an option for the 20-year-old.

We spoke to him and his mother Andrea Florian.

Hello Mr. Florian, how is your body?

Thank you, very good, at least I don't have any more problems with my shoulder.

But the situation itself is just sad.

Because the next World Cup will take place without you?

Yes, because that is simply not financially viable.

Let's flash back: what happened in Turkey?

First of all, I want to say that the track there is great.

The races there are also great.

But then there was this jump.

In front of me was a driver who didn't have as much speed as I did, but who also landed on the right.

I was already in the air and couldn't react anymore.

So I jumped on his stern, fell and fell on his shoulder with full force.

At first I didn't feel anything.

It was probably the shock, and besides, I had to make sure that nobody hits me.

But yes, then the pain came.

How was the first aid?

Instead of being taken to the specially trained and equipped medical team on the route, I was immediately driven to a hospital.

And if you don't speak Turkish then you are lost.

I tried to make myself understood with my hands and feet.

I think I also fell out a bit because nobody understood me.

Fortunately, my mechanic can speak Turkish.

It was over an hour before he found the right hospital.

By this time my shoulder should have been adjusted again long ago.

With the medical team, that would have taken less than 20 minutes.

This lost time has had an extreme effect on the healing process.

How long were you in the hospital then?

Two hours later I was out and drove straight to the track.

And in the meantime I have rebooked the flight from home.

The next day I picked him up at the airport.

We went straight to a specialist.

After the MRI, he told me he couldn't find anything to operate on.

That was finally good news.

I then got a bracer.

And you started physio straight away.

When I got back to the World Cup, it didn't work out anymore.

I couldn't get on a motorcycle for a whole month.

And even after that, things only slowly improved.

But now I don't feel anything anymore.

That's why I was in Italy at the weekend.

Have you been racing again?

That was just training.

The World Cup has already ended.

You contested eight of the 18 races.

That was a mega thing with great new tracks that I didn't know from the European Championship series.

It is also a mega feeling when you are on the road with the fastest drivers in the world.

The level of performance is extremely high.

And it is also driven much more aggressively.

That is perhaps a bit blatantly worded.

Maybe, but the World Cup really involves a lot more risk than the European Championship.

Everyone has the same dream: all or nothing - you always have to give full throttle, because it's always about your future, about joining a works team.

Did it make you a better driver?

The learning curve has definitely gone up.

And you just have to learn this: You have to be an asshole in a race.

You have to look at the competition and think: "You in front of me, you belong to the cat".

You always have to go at full speed.

Are you still in control of the machine?

If you want to go to the maximum, then you sometimes lose control.

There are moments that can end well or badly.

And the competition punishes every mistake.

In the race, these are your enemies.

And then do you sit together in the paddock?

The competitive situation only applies to the route.

After that, that's forgotten.

Everyone gets along in the camp.

But of course you are also not best friend with everyone.

But that's always the case.

Do you have enemies in the paddock?

But of course I get on better with one person than with another.

What was the nicest place for you?

That was the first two races in Russia.

Our team boss is Russian and showed us the country.

The racetrack was 500 meters from the beach.

And then, as a newcomer, I finished in the points in both races.

Which World Cup location would you avoid in retrospect?

The country is very exciting and, as already mentioned, the track was great.

But the fact that hardly anyone speaks English here makes communication very difficult.

How are you going now?

My contract with WZ Racing has expired, we now have to negotiate.

A factory team did not answer.

I haven't been able to prove myself in the past few weeks.

The teams are all full.

And because, due to the corona situation, many works teams no longer employ four drivers, but only two, things are getting even tighter.

And without a works team you have no chance?

With all your talent: without money you have no chance.

In Germany there is nothing apart from the ADAC Foundation, which supports you for three years.

You have zero-point support, at most from associations or private individuals.

It's very different in football or winter sports.

There are schools or a campus.

There's nothing in motorsport

So is motocross over?

No, the plan for next year is initially the ADAC Cup and the Czech championship - everything a private driver can afford.

The World Cup was made possible for you through crowdfunding.

If you include the eleven percent for the supervising crowdfunding company, it was a good 31,000 euros.

We are very grateful to the sponsors.

They made it possible for Lion to tackle his great goal of “Mission World Championship”.

Of course, a lot more is needed for a World Cup appearance, we have added the remaining amount.

In addition, WZ-Racing provided the necessary hardware support with KTM and many other sponsors.

Not to forget the many other things that you need during such a World Cup series.

Working together in the kitchen: Lion and Andrea Florian.

We are very grateful to our supporters.

Such a huge effort, and then with one fall everything is gone.

Do you regret the adventure World Cup?

I don't regret anything, nobody can take away my experience.

I started when I was three, have been riding a motorcycle for 17 years and have fulfilled a dream.

The other dream of being a professional driver has burst.

No question, I will now try to find a second mainstay.

At the moment I'm working for my father, he's an event technician, so there's always something to do.

But now I will also try to get an apprenticeship.

Do you already have an idea?

Two-wheel mechanic, what else?

I know that then I'll have to reduce my motocross ambitions.

Regardless of whether you compete in the World Cup or European Championship or the ADAC Cup - you always have to be fit.

But I'll never give up on my dream of getting as far as possible in motocross.

Five motorcycles are needed during a World Cup.

And with it the risk of serious falls.

Was the injury in Turkey your worst yet?

The dislocated shoulder wasn't that bad.

The long break was just annoying.

An open thigh fracture was much worse.

I was only seven then.

It was the day before your birthday.

How's the mother doing when the son is driving?

I tried not to watch.

But that didn't go well either.

If something happens to Lion, I want to be the first with him and on the track.

I used to have to justify myself to other mothers.

But I support Lion because I see how happy he is.

I've seen how bad he feels when he's not allowed to drive.

Then the past few weeks have been hell.

tried to distract myself as quickly as possible.

I was looking for work, met up with friends.

I think I got through the worst.

I'm out of the hole.

It was not nice.

But athletes have to cope with setbacks.

Erdings Motocrosser Lion Florian: "You have to be an asshole in a race" Erdings dream of the championship round has burst The view of the special 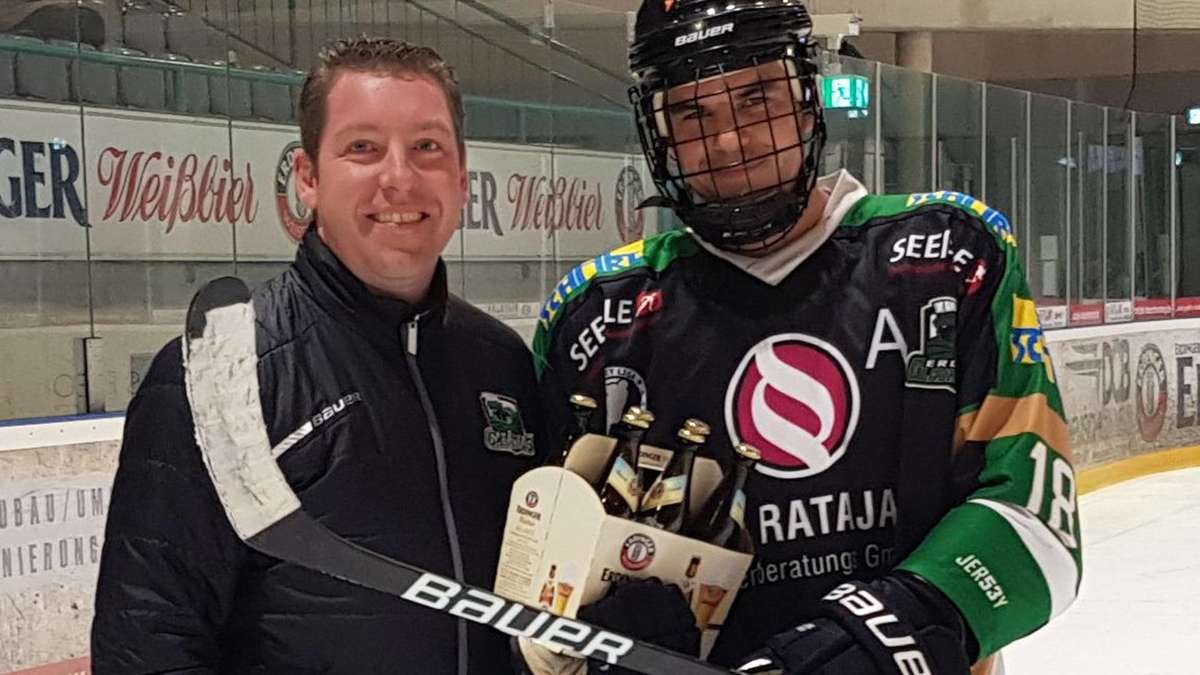 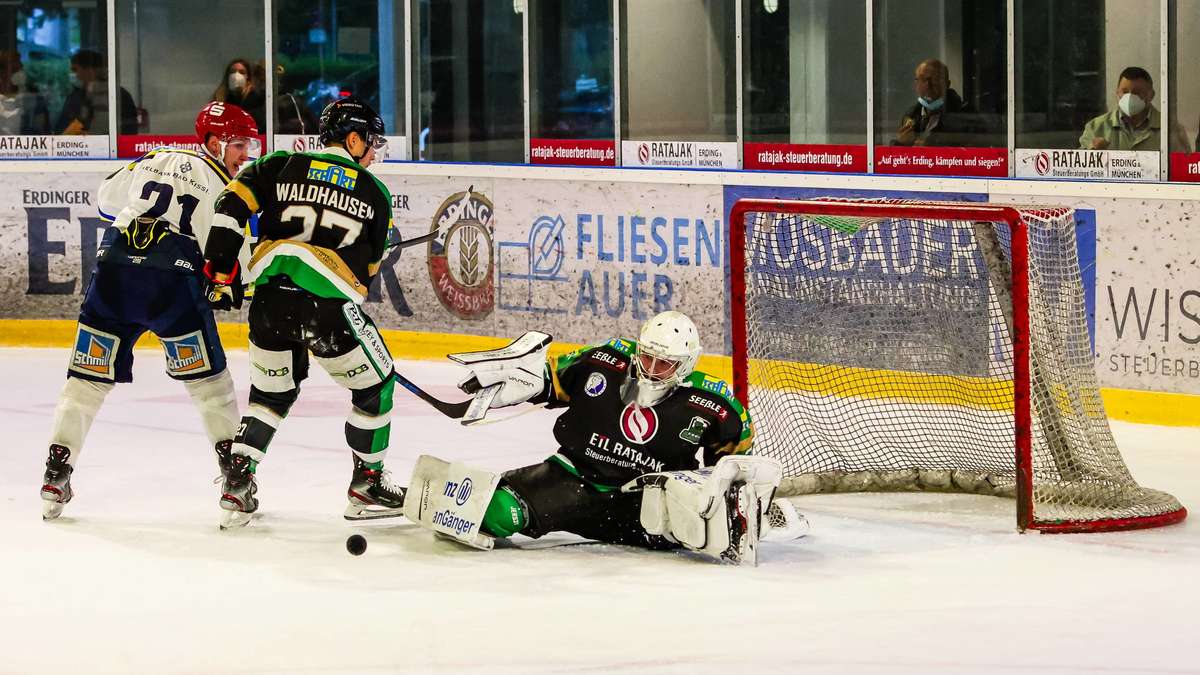 Gladiators are slipping out of the playoff ranks Year of the Tiger｜The Observatory predicts that it will turn cooler on the 27th of the new year, and there will be showers in many districts below 12 degrees on the second day of the new year
2022-01-24T04:45:08.701Z