Estonia's party landscape has changed: This is the new right-wing EKRE

In Estonia, a right-wing party has been on the rise for several years: the EKRE. In surveys, it now comes to 25 percent - and is therefore a danger for established parties. In Estonia, a right-wing party has been on the rise for several years: the EKRE.

In surveys, it now comes to 25 percent - and is therefore a danger for established parties.

Tallinn - Only for a few years, more precisely since 2012, has there been a new component in the Estonian party landscape: the EKRE, short for Eesti Konservatiivne Rahvaerakond.

In surveys, the right-wing party has now achieved a peak value of 23 to 25 percent.

This is an astonishingly high level of approval for a group that focuses politically on only a few issues and has only been part of the Estonian party system since 2012.

The core topic of the EKRE is identity politics.

Due to the Corona * policy and the debates about the LGBT community in Estonia, the EKRE can present itself as the party with the most polls in Estonia.

Aleksandra Kuczyńska-Zonik, analyst and expert for the Baltic States from the Institute of Central Europe and teacher at the Catholic University of Lublin John Paul II, sees the beginnings of the EKRE in the protest movement about the banking crisis of 2008/2009, which hit Estonia hard . Estonia * had dissolved most of its industry in the course of its post-Soviet transformation. Economic liberalism was the guiding principle for Estonia.

Accession to the EU gave the financial services and real estate sectors a further boost. The banking crisis hit these two pillars of the Estonian economy particularly hard, as the real estate bubble burst within a short period of time and foreign funds that had inflated the banking sector were withdrawn. The Estonians had to accept rising unemployment, deep cuts in government spending and additional flexibility in the labor market. The EKRE took advantage of the all too understandable dissatisfaction with this. With a massive overemphasis on the Estonian identity, EKRE was able to win the votes of the disappointed Estonians. The party's nationally oriented definition of identity excludes ethnic Russians and other immigrants from the community.At just under 25% of the total population, their share is not insignificant.

Party landscape in Estonia: EKRE records up to 17 percent of the vote - too large to ignore

It is difficult to define the politically growing party without characterizing the Estonian mainstream parties.

In contrast to the major lines of conflict in the party system in Poland *, the Estonian party landscape is relatively balanced and dialogue-oriented, especially among the parties in the middle.

The ruling Reform Party, which forms the current government with the Center Party, is emphatically liberal.

The Social Democratic Center Party has long been seen as a stabilizing factor, as it has so far been the preferred option for voters of Russian descent.

However, it got caught up in a corruption affair and lost its governance in January of this year.

Estonia 200 has been active on the left wing of the party spectrum since 2018. The chairwoman Kristina Kallas is particularly striking for this party. She comes from Narva, where up to 95 percent of the population are of Russian descent. Kallas' mother is a native Russian. Kallas himself convincingly advocates the integration of people of Russian origin into Estonian society and good coexistence.

The EKRE acts with great skill within the Estonian party system.

The two parties in the middle need coalition partners in order to govern.

With its 15-17 percent of the vote, the EKRE cannot stand aside in the coalition talks; its share of the vote is simply too large for that.

In spring 2019 she even made it into the government under the leadership of the central politician Jüri Ratas.

The EKRE party leader, Martin Helme, was Estonian Minister of Finance until mid-January 2021.

However, the government resigned on January 13 after the corruption scandal in the Center Party.

Estonia: EKRE is increasingly winning people of Russian origin - family model in the crossfire of politics

Initially, EKRE was able to collect the votes of the disappointed Estonians. Now she is celebrating further successes by the curiously strong increase in votes among voters of Russian origin. At first glance, it hardly seems possible that EKRE, which does not consider people of Russian origin to be part of Estonian society, will be more elected by precisely this group of voters.

This apparent contrast has become possible because EKRE has two important intersections with some currents among the Russian-born residents. Many Russian speakers are influenced by the Russian media because they get information from Russian state television and other state-controlled Russian media. There is no shortage of reports that criticize and denigrate the corona policy * of the European Union and the vaccination campaigns in the EU member states. Accordingly, many ethnic Russians in Estonia are skeptical of the state's corona policy. The protests against the corona measures * and the EKRE's criticism of the government's vaccination calls were very much in keeping with these critical attitudes of the Russians.

Another and possibly much more important factor is the debate in Estonia about the preferred family model.

Here, too, the EKRE, with its homophobic, patriarchal and misogynistic statements, hits the nerve of many Russian-speaking citizens who take their views on the traditional family image from Russian state television.

The term "Gayropa" has been used there for years as a horror and a sign of the moral decline of the West.

Estonia's party landscape has changed: This is the new right-wing EKRE Is the Baltic States Immune to Populism? 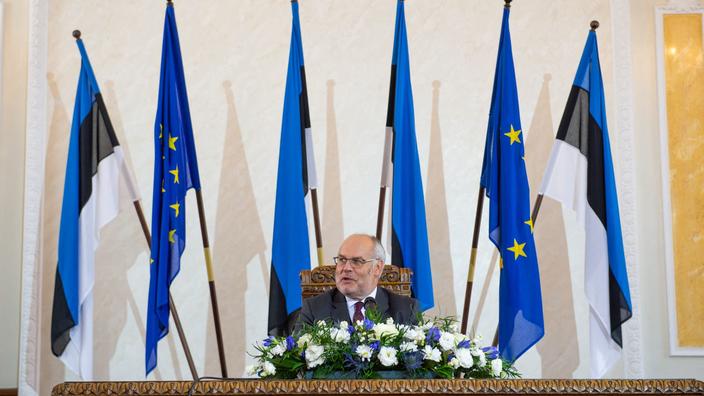 Estonia: the director of the National Museum elected president 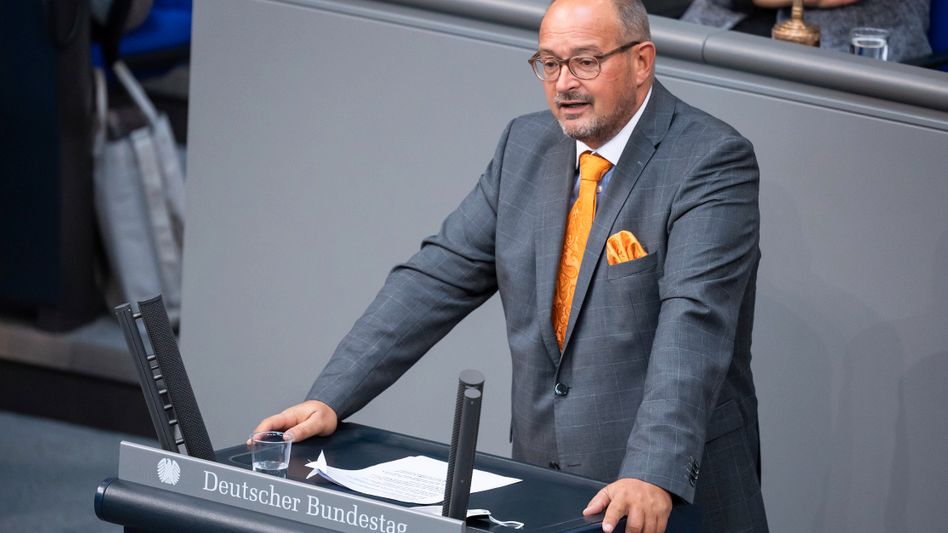 Uwe Witt: Ex-AfD MP now for the Center Party in the Bundestag 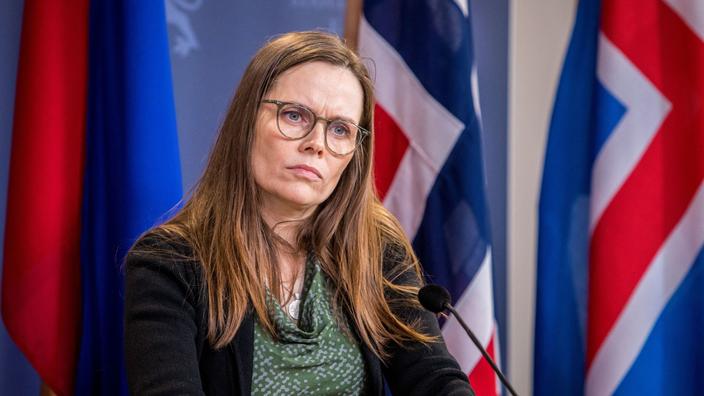 Iceland at the polls, the ruling coalition threatened 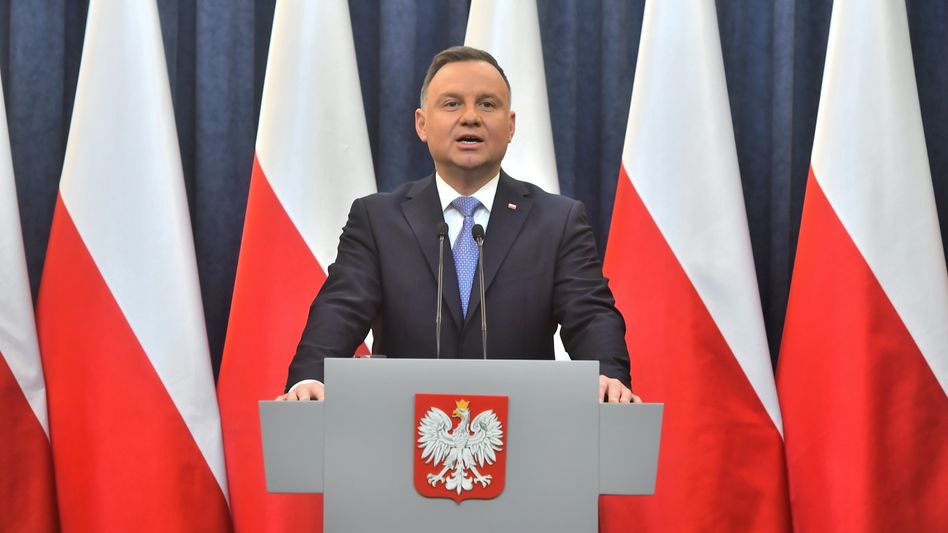 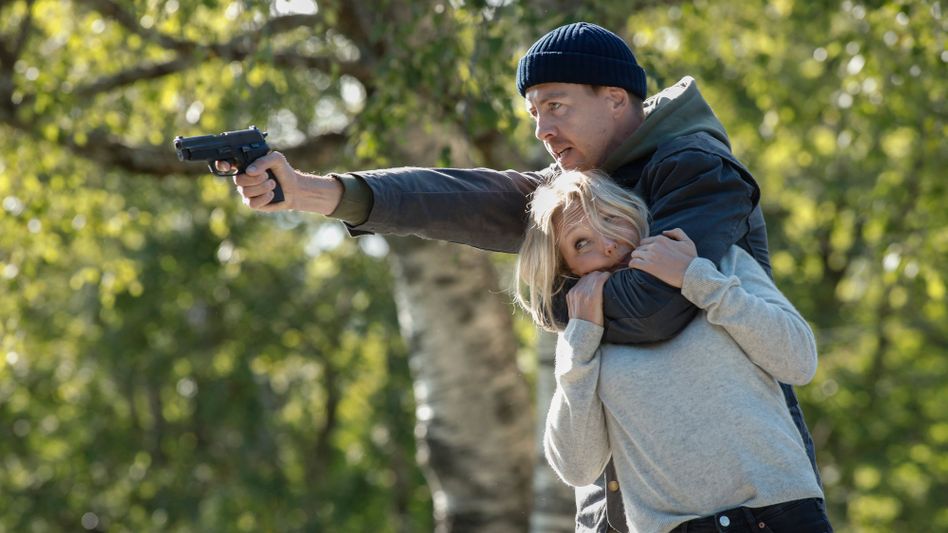