See you in the next disaster Israel today

Climate change is threatening the world, but Israel continues to drag its feet and get stuck in bureaucracy. What will happen to coastal cities, where are there areas for renewable energy production and when will advanced green construction be implemented? 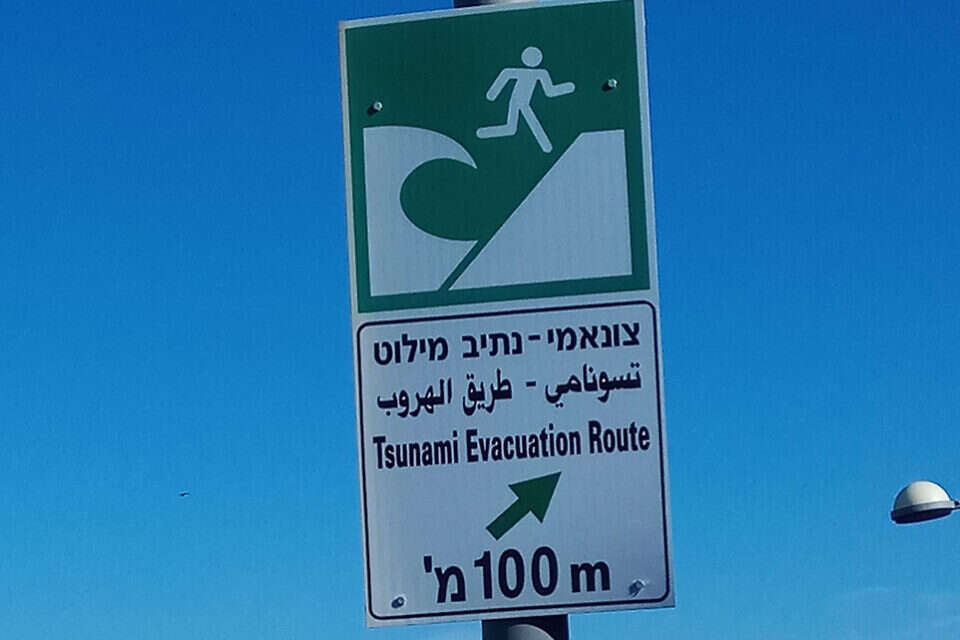 49 degrees in Canada, uncontrolled fires in Greece and Israel, heat waves in Siberia, melting glaciers in the Antarctic, heavy floods in Germany, Switzerland, Belgium and China.

Scotland has melted, with temperatures 10 to 15 degrees above average.

The fire season in Israel is significantly extended from the summer months to March to December.

The recently published UN climate report leaves no room for over-optimism and indicates a point of no return.

234 leading scientists in more than 60 countries agree that we are late.

Those signs warning of a tsunami and flooding off the coast of Israel, which have turned a silly curiosity into a selfie, could become an apocalyptic reality.

Hotels along the coast are in danger because they were not built or strengthened with the right elements.

Piers in Israel are in similar danger.

The sea may reach to develop buildings.

The coming winter will be doubly difficult in the shadow of the shortage of natural gas.

Gas prices in Europe have soared nearly 500% in the past year.

Are Israelis beginning to understand the magnitude of the disaster?

The climate crisis and the dangers facing the planet concern world leaders, led by US President Joe Biden and British Prime Minister Boris Johnson, who addressed it at their UN speeches.

Nothing will help, the forgotten Ministry of Environmental Protection, which no one wanted to head, will in the coming years think of the countries of the world in the war against nature and for survival, and may even replace our defense budget in the future, following natural disasters.

Already now, the budget of the Ministry of Environmental Protection will increase to about NIS 340 million per year for current activities.

For the first time, NIS 625 million will be added every two years for a plan to combat the climate crisis - an amount almost twice as high as the ministry's base budget.

The Ministry of Environmental Protection will work to declare a climate emergency.

By 2050, Israel has committed to 0 greenhouse gas emissions.

The vision is "to transform Israel's economy by 2050 into a circular economy, striving for a minimum of waste and maximum efficiency in the use of resources."

The problem for all of us is that the natural disasters that have begun to buzz and rage around the world are inevitable and will intensify.

Heavy rains and flooding, in severe forms in other areas.

The great fear of melting glaciers and the loss of Arctic sea ice in the summer is already inevitably unrealistic.

Scientists believe that in the next decade about half of greenhouse gas emissions should be reduced unilaterally and evasively due to industrial activities around the world, mainly in China and India.

This warning given about a decade ago did not really have an effect, and the time window is closing.

Even if significant steps are now taken to reduce greenhouse gases, climate change will not stop at the desired rate.

Moreover, since no significant steps are being taken today to reduce emissions from countries in a huge industrial boom like China, India or even the United States, it can be said with high certainty that climate change will continue to occur and affect all areas of life, especially coastal areas, water sources, health, Ecosystems and other natural systems.

Heavy ecological damage will occur, the question is when and what will be done to prevent the disaster of the sinking of coastal cities.

The same mystery why the residents of Haifa always preferred to live on the Carmel and not on the sea will turn in their favor.

The government's strategic plan should address the expected climate changes in Israel by the end of the 21st century, including the possibility of warming of up to 3 degrees in winter and up to 4 degrees in summer.

Precipitation is expected in some areas by between 10% and 20%.

There may be an increase in the probability of extreme weather events, such as heat waves, droughts and floods.

If preventive measures are not taken to reduce exposure to the effects of climate change and extreme weather events, the economy on its various branches could be significantly harmed economically.

It is said that the Israeli government is not looking forward to a term.

Not in this case.

"Adapting to climate change is beyond the mandate of one government ministry or another, so multi-disciplinary inter-ministerial national action and action plans are required," the Ministry of Environmental Protection's recommendations report states about 4 years ago.

'Preparation and adaptation are long-term processes that require commitment and flexibility to respond to new knowledge and information.

The program must be dynamic and adaptive and reviewed once every few years, in order to review its progress, review new information gathered and improve readiness.

As climate change becomes more common, it is necessary to invest in targeted programs designed to adapt to change.

The first step is for the government to take responsibility for the issue. "

196 years ago, 196 countries around the world, including Israel, undertook in the Paris Agreements to comply with the scientists' warnings and to work to limit the temperature to 1.5 to 2 degrees Celsius by the end of the century, compared to the pre-industrial period.

There is no tsunami escape

According to studies, a tsunami has sunk parts of Israel's coastal cities throughout history.

A major tsunami occurs on average once every 200 years, the last of which was in 1759. An earthquake or long-term processes along the coasts are the basis for fear of a tsunami.

The Horodian port in Caesarea sank under waves between 16 and 40 meters high.

The water reached a distance of 1.5 to 3.5 km from the water line to the mainland. Based on archaeological excavations, the same thing happened more than 9,000 years ago in the Tel Dor area.

A government report and scientific studies warn of a tsunami in Israel, which will flood areas up to a kilometer and a half towards the coast in frequent waves at a height of 5 meters. Nahariya and a fifth of Haifa.

Risk assessment report placed on the table The government states that the affected areas are the Yarkon estuary in North Tel Aviv, the Kishon estuary in Haifa and the marina areas in Ashdod and Ashkelon. The report was authored by Dr. Amos Salmon and researchers from the Geological Survey. Have the highest potential to suffer from flooding in the event of a tsunami.

Although 12 years have passed since the tsunami report was tabled in the government, there is still no regulated plan for the construction of buildings that will withstand flooding.

And what about floods?

Even without a tsunami, there is danger to buildings along the streams.

In the northern Ga'aton in Nahariya, the angry stream has already shown huge damage, without adequate compensation.

And what about the Kishon in Haifa, the Hadera River, the Yarkon River and the Lachish River in Ashdod?

A place for renewable energy

But how does all this relate to real estate and this supplement?

Today only about 6% of electricity is produced from renewable energy, a very poor figure compared to advanced countries in the world.

As a start-up nation, our situation should be different.

The Biden administration has stated that solar energy has the potential to drive 40% of U.S. electricity by 2035, without raising the price of electricity to consumers.

This goal will be achieved primarily through the installation of solar panels in roofing buildings or on existing buildings and wind turbines.

Wind and solar will provide 48% of the world's electricity by 2050 - which will require more than 423,000 square kilometers of land.

The question is whether there are enough areas in Israel, groaning under the land crisis, to advance the field. Discussions by the National Planning and Building Council revealed that the total area required to meet this target is about 120,000 dunams, like the area of ​​Tel Aviv, of which at least 36 to 84,000 dunams of problematic use of open areas, which will experience quite a few objections from the Greens. The Arrangements Law deals with the reduction of barriers to planning and construction, but in Israel these are false statements, with a building permit simply lasting 3 years.

It turns out that the bureaucracy is celebrating not only in everything related to construction, but also in the ecological treatment of Israel. A tender was recently published for a sixth desalination facility in the Western Galilee, and 3 serious proposals were even received, but alongside it - 12 years of objections and delays, including by the Ministry of Defense.

The Ministry of Finance and Environmental Protection said in a statement that "the tender was published following a government decision from June 2018 to increase the amount of desalinated water. The facility, which is expected to be completed in early 2025, will join existing desalination facilities in Ashkelon, Ashdod, Palmachim, Hadera and Sorek."

And what about the private sector?

Do contractors save on green?

The contractors pledge to give a shoulder and a hand in favor of saving the planet.

Raul Srugo, president of the Builders of the Country Builders Association, declares: "There is no escape - the climate crisis is here and now.

We the contractors support the issue and encourage the government to adopt the regulations and implement green construction in all public projects, without reservation and exception.

Relevant government bodies must work together to remove barriers to the recycling of construction waste.

It is clear to everyone that the future lies in energy-efficient buildings, which produce for themselves the energy they consume.

The state must see the expansion of the use of recycled materials and construction with energy efficiency as a national interest and implement them today.

Commander of the Northern District in the Commission of Inquiry: "In principle, we do not limit the audience in Meron" - Walla! news

11 years since the Carmel disaster: "The spirit and courage that were demonstrated then still exist in full force today" - Walla! news

Exciting: The widow of one of those killed in the disaster Meron, a girl Israel today

The director of the Holy Places in the Meron Disaster Investigation Committee: "What was will not be" - Walla! News 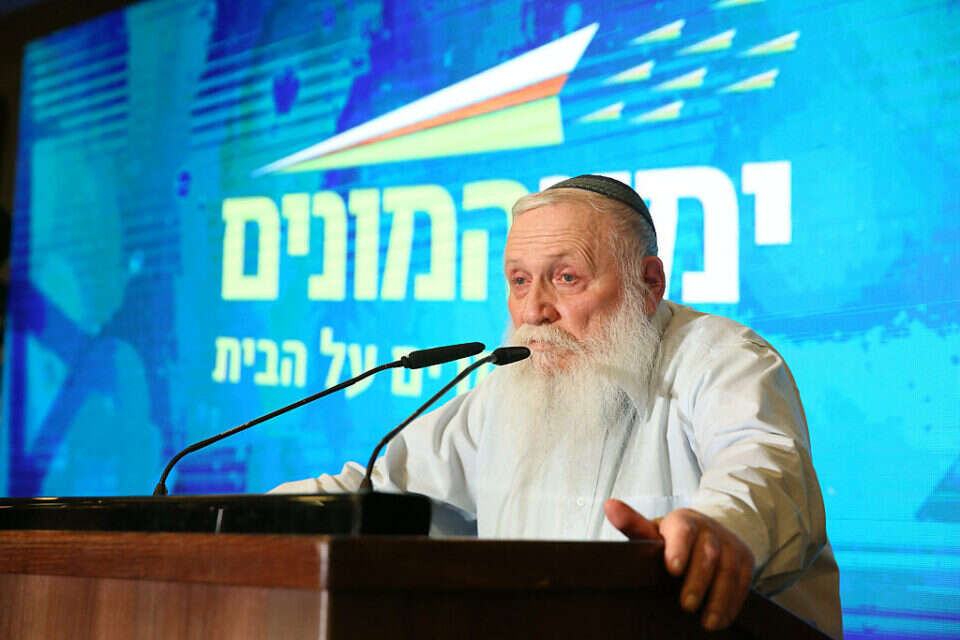 "One day Eitan will read on Google about the struggle around him and see that I fought for him to the end. That at no point did I give up on him" | Israel today