Austria is trying to fight the corona pandemic and is in lockdown. Politicians are setting a bad example here. The Chancellor celebrated at a gala.

Austria is trying to fight the corona pandemic and is in lockdown.

The Chancellor celebrated at a gala.

Munich - Austria is already one step further than Germany. Our neighboring country is currently in lockdown in the fight against the corona virus, contacts should be reduced to a minimum. Big events are canceled and bars have to close again. The population is encouraged to stay at home and isolate themselves. This is nothing new anymore, but it still requires a lot of self-discipline and solidarity from every single citizen.

It is therefore all the more important that the policy that ultimately dictates the corona protection measures sets a good example.

After all, it has been said that the "reins have to be pulled tighter".

In Austria, in this context, there were images that people in lockdown are less likely to like.

Participating in a charity gala even during a pandemic is nothing fundamentally reprehensible, but the manner in which some decision-makers appear did cause confusion.

News from the operetta republic # Austria: While the mob is sitting in #Lockdown with curfew, the gentlemen's class in the #ORF is celebrating a corona party "for a good cause": pic.twitter.com/tjJseRfI9r via @ORF

The new Chancellor Alexander Schallenberg, Federal President Alexander Van der Bellen and Vice Werner Kogler were guests at the “Licht ins Dunkel” gala in Vienna. There was a little too much mood for some viewers on social media. Although the "ORF" program was primarily about a good cause, musicians also appeared. The performance of the band Opus with the classic "Live is Life" is symbolic of this.

All the guests stood up to the sounds of the Austrian group, clapped and shuffled in high spirits.

For a TV show that is supposed to entertain, everything else would not have been particularly atmospheric, but the wearing of masks and keeping the safety distance were dispensed with in the closed space.

In addition, photos appeared after the broadcast showing Schallenberg with the owner of a Viennese nightclub.

For the “ORF”, according to the

a “souvenir photo” - again without a mask and without a gap.

Mr. Federal Chancellor @a_schallenberg what do you think the population, the "rabble", thinks of such role models?

, the office of Chancellor Schallenberg has already commented on the many criticisms in the social media and emphasized that it was not a "party", but only a TV broadcast.

All participants had negative PCR test results and the Chancellor would have left the event after just 20 minutes.

The "ORF" also added that all safety measures had been observed, there was no after-show party and the said souvenir photos would give a "wrong impression". 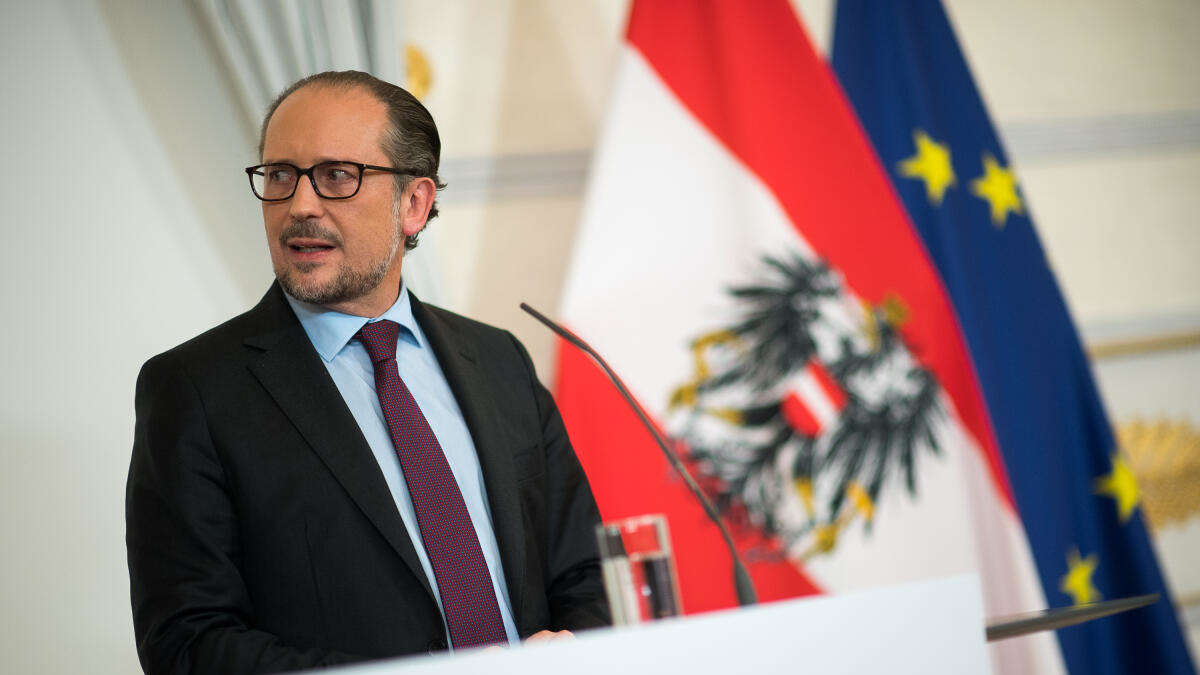 Austria: Lockdown for the people, swaying for the top government