Lukashenko visited immigrants at border: "If you want to go west, go"

Belarusian President Alexander Lukashenko said yesterday (Friday) to immigrants stranded on the border with Poland that his country is willing to help them return to their homeland if they want to - but it will not force it on them.

In his first public appearance at the border since the crisis began, Lukashenko met immigrants at a warehouse that had become a shelter and told them they were free to go west or go home as they wished. Lukashenko, who has brutally oppressed his opponents since last summer's controversial election, told immigrants he "will not play politics with their fate."

When an Iraqi girl told him she could not return home and hoped to continue to Europe, he replied: "We not only hope, we will work together to make your dream come true."

Lukashenko said his government would not impose anything on anyone. "If you want to go west, we will not stop you, strangle you or cripple them," he promised hundreds of immigrants, who applauded his words. "It's up to you. Move on, go." He said, "Under no circumstances will we arrest you, tie your hands and load you onto planes to send you home if you do not want to."

Thousands of migrants have been stranded in recent weeks on the eastern border of the European Union, which claims Minsk created the crisis by handing out Belarusian visas in the Middle East, flying the migrants and pushing them to cross the border. This, according to European countries, is part of a "hybrid war" that Minsk is waging against the union in retaliation for the sanctions it imposed last year on the Lukashenko regime for human rights violations and aims to destabilize the sensitive bloc on the issue of immigrants.

However, Lukashenko said it was the EU that had deliberately created a humanitarian crisis that needed to be resolved. Belarus has recently begun repatriating several hundred migrants to their countries of origin, but says it is awaiting a response from the EU to its demand from Germany to take in 2,000 migrants stranded at the border. The EU rejected this proposal, and Germany denied that it agreed to it. On Friday, two planes returned hundreds of Iraqis from Belarus to Arbil, the capital of the Kurdish autonomous region in Iraq, and more flights are expected to depart this weekend.

The EU agreed this month on new sanctions in response to the border crisis, and diplomatic sources in Brussels said they were expected to receive approval and enter into force in early December.

Poland, Latvia and Lithuania, bordering Belarus and carrying most of the burden, deployed thousands of border guards, soldiers and police to stop the migrants trying to enter their territory on their way to Western Europe. Lithuania said yesterday that it might close its border crossings with Belarus if more migrants try to cross the country in trucks.

Despite the increased measures at the borders, states continue to report attempts by immigrants to cross the border, with the onset of a severe winter that has already claimed the lives of at least ten immigrants in recent weeks. Polish authorities also reported unrest in one of the detention centers set up for immigrants entering the country illegally.

Warsaw claims that the return of migrants on flights from Belarus is only a change in tactics, and not a real attempt to prevent escalation at the border. Polish Prime Minister Mateusz Morawiecki, who toured the European capitals this week to mobilize support for a harsh response against Belarus, has raised the possibility of further sanctions in the event of further aggravation of the crisis.

Moravicci claimed earlier this month that the real culprit for the crisis is Russia, Belarus's main ally.

The Kremlin has denied involvement in the immigration crisis and said European countries should talk directly to Lukashenko, who has been boycotted by them since last August's elections.

However, he managed to get rare phone calls from outgoing German Chancellor Angela Merkel, with whom he discussed the situation at the border.

The strongest man in Poland: "Germany wants to make the EU the Fourth Reich" - Walla! news

On the way to resolving the crisis? Belarus evacuates immigrant camps on the Polish border - Walla! news 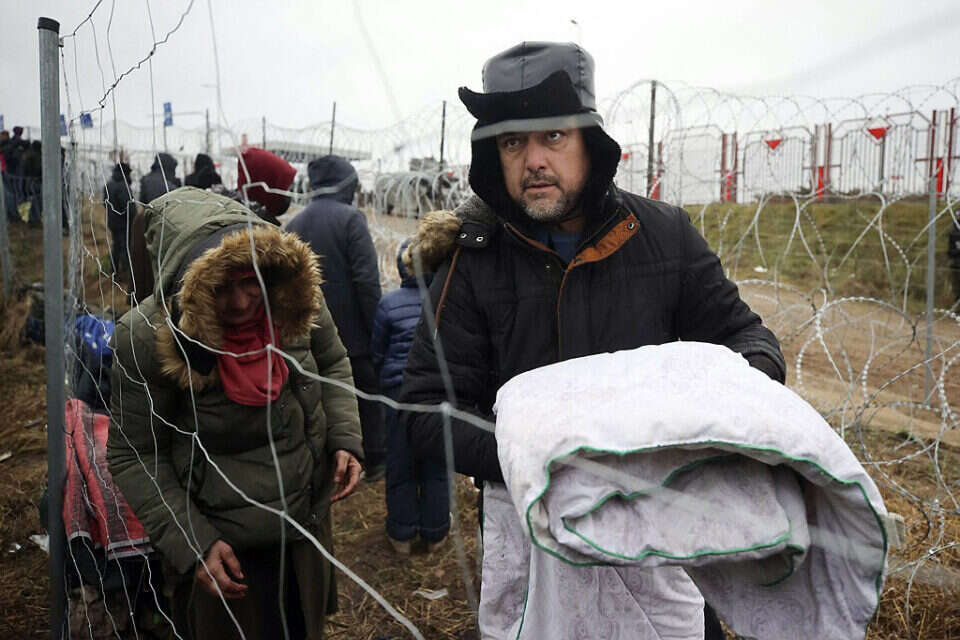 The dictator's games: how the refugees in Belarus became human weapons Israel today

Water cannons against stones: clashes between immigrants and Polish forces on the Belarusian border - Walla! news Lukashenko: The West is taking advantage of the migrant crisis 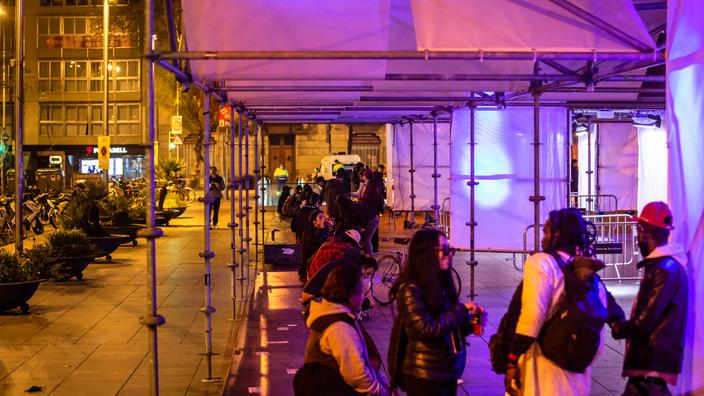 Survey shows that 75% support market organizations and complain about the difficulty of applying for the epidemic: 3 hands have been exposed in the past two years
2022-01-28T11:29:17.793Z

Space as an opportunity for the transformation of the car manufacturer: Toyota wants to go to the moon with the Lunar Cruiser
2022-01-28T11:29:02.020Z