"How far is the service line, if I really can't see it, I may not know." Chen Zongyao and Lin Yaoguo in a wheelchair are discussing, if the visually impaired can participate in the ball, what can be improved in the design . List 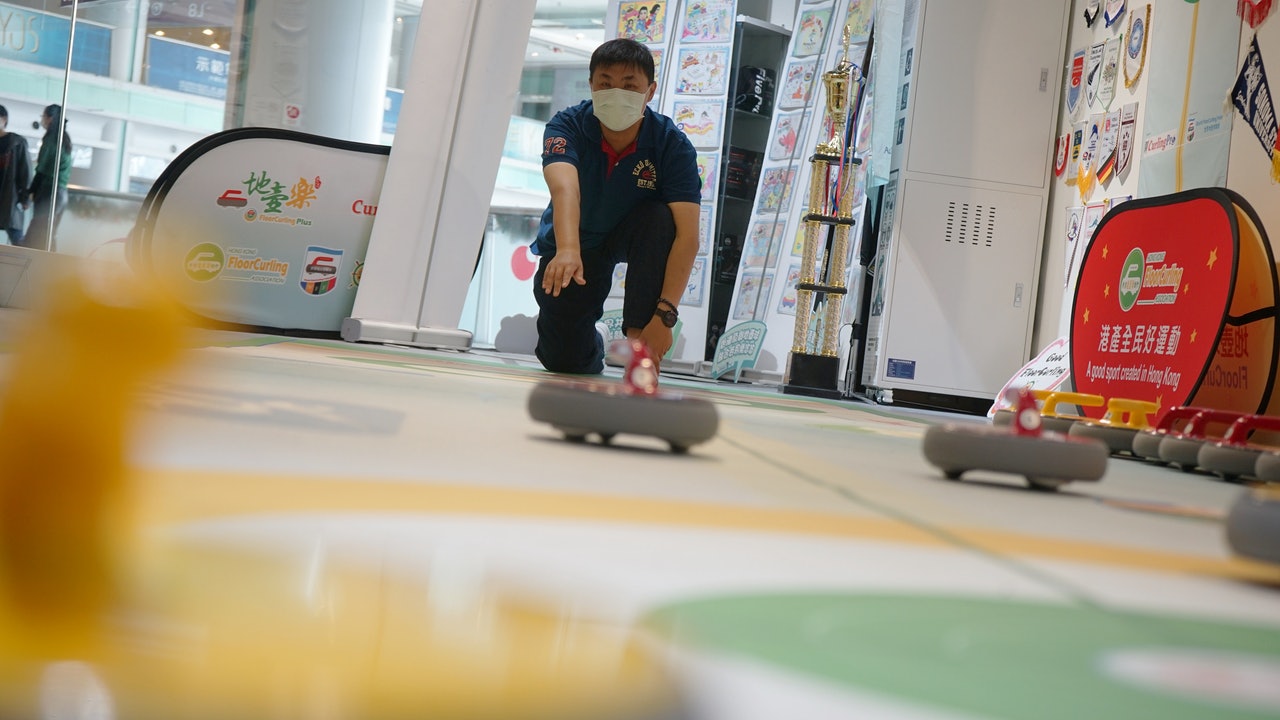 "How far is the service line, if I really can't see it, I may not know." Chen Zongyao and Lin Yaoguo in a wheelchair are discussing, if the visually impaired people can participate in the ball, what can be improved in the design. .

Like many urbanites, Chen Zongyao was working first and loved nightlife. However, he suffered from diabetes and his eyesight deteriorated drastically more than ten years ago. Now only 30% of his left eye has left acuity, and his life has undergone 180 during this period. Degree change.

On this day, he came to try out the "Made in Hong Kong" ground kettle ball improved from curling. It didn't take a while to master the trick and defeated the ground kettle "veteran" Lin Yiu Kwok at the last minute.

They believe that the kettle ball does not limit the receptors, and hope that it can promote inclusiveness, so that the visually impaired and even people with different disabilities have the opportunity to experience the fun of sports.

Chen Zongyao pointed out that the doctor advised him to do more exercise, so he started to play bowling, darts, karate, etc. He also tried potball on this day.

Chen Zongyao, now in his 40s, recalled that he was diagnosed with diabetes in 2008. One day he suddenly found that his vision was very blurred. He went to the accident and emergency department and consulted a specialist before knowing that his eyes were affected by diabetes. Hemorrhage of the retina.

Chen Zongyao has undergone laser surgery many times, but his vision has not improved significantly. Currently, his right eye can hardly see objects, and his left eye barely has 20 to 30% vision.

"Both eyes don't have a balance, and it's easy to walk out of the street and stairs."

The ground pot ball emphasizes strategy. The two teams use different colored pots. In the end, the team closest to the center of the camp wins.

In the past, there was a night life after get off work, but now it becomes night blind in the dark environment

Chen Zongyao used to work as a computer maintenance worker. He pointed out that because of his work, he often had no time to eat, and like many urbanites, he would go to bars and drink from time to time and have a "nightlife". Now it is just the opposite. Because his eyes are not adapted to the dark environment, he often lives. "Haunts" during the day, "A lot of lasers are used, and the photoreceptor cells of the eyes are not too bad. You can't see it when you go out of the street to dark places... Wait for the eye to adapt.” But what really changed his life habits was because of kidney disease. “In 2013, I needed dialysis, and I will undergo kidney transplantation in 15 years. The new kidney can only be used for a few years at most.” Chen Zongyao pointed out that the doctor advised him to do more exercise, so he started to play bowling, darts, karate, etc. “The biggest change is in physical fitness. The average blood sugar level before exercise is 8 At 9 degrees, the average family goes back a few degrees to 5 o’clock.”

On this day, he came to touch the ground potball for the first time. He believes that the biggest difficulty for the visually impaired is that the distance is not judged. When the pot is pushed out, the accuracy and strategy are also affected, but his physical demand is not large. People with mobility impairments can also use assistive tools, which are considered to be a new experience. It also allows the visually impaired to have more sports options. "He pointed out that many large-scale sports such as sea swimming, etc., do not have relevant cooperation to allow visually impaired or other disabled people to participate, but in fact, many visually impaired people are not weaker than able-bodied people and should have more opportunities and equal opportunities. Do physical exercises, "It’s not good to look at each other."

Li Shizhuang, the chairman of the Hong Kong Handball Association and the founder of the ground kettle ball, said that the ground kettle ball actually evolved from the Winter Olympics curling, because I saw many Hong Kong people use it at home in 2014. When broomsticks and other "spoof curling" became a hot topic, he decided to bring curling to Hong Kong.

Li Shizhuang pointed out that at that time, he flew to Scotland to study and learn from his experience, but Hong Kong did not have ice and snow, and it was difficult to use a commercial ice rink. Therefore, a set of "ground potball" sports was tailored for Hong Kong, and the venue was changed to 9.7. Meters are long and there are three people in each team. At present, the potball has been successfully promoted to 11 countries and regions.

"What we want to do is not in the two associations (Olympic and Paralympic); we are in the middle of the two, it is a communion, and anyone can play it."

Lin Yaoguo, vice president of the Hong Kong Kettleball Association, pointed out that an association for the disabled was established in July this year and settled in a shopping mall in Hung Hom to make it easy for the disabled to go; he also mentioned In addition to the auxiliary clubs, there are also inclined boards to provide more assistance for the serve. "I hope that people of different levels can participate and experience the joy of communion."

The organization announced the workplace disability inclusion index. The average score of the company is only up to the qualified level. The disability inclusion stage play "Who is going to speak". Hong Kong's first actor and sign language performer perform the same role "Love to play, wide-ranging concert" Let sick children perform music for the disabled Communion dreams come true 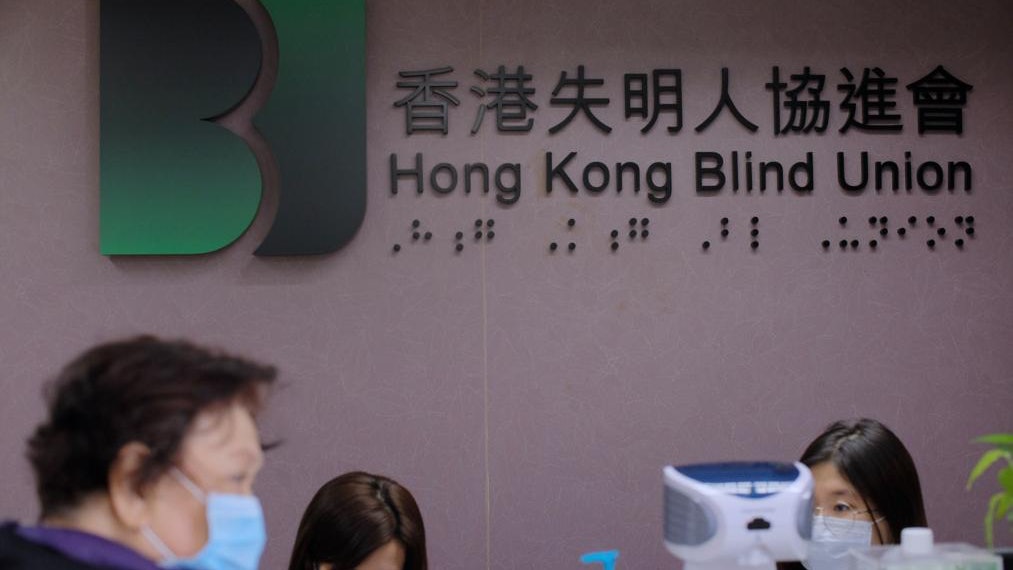 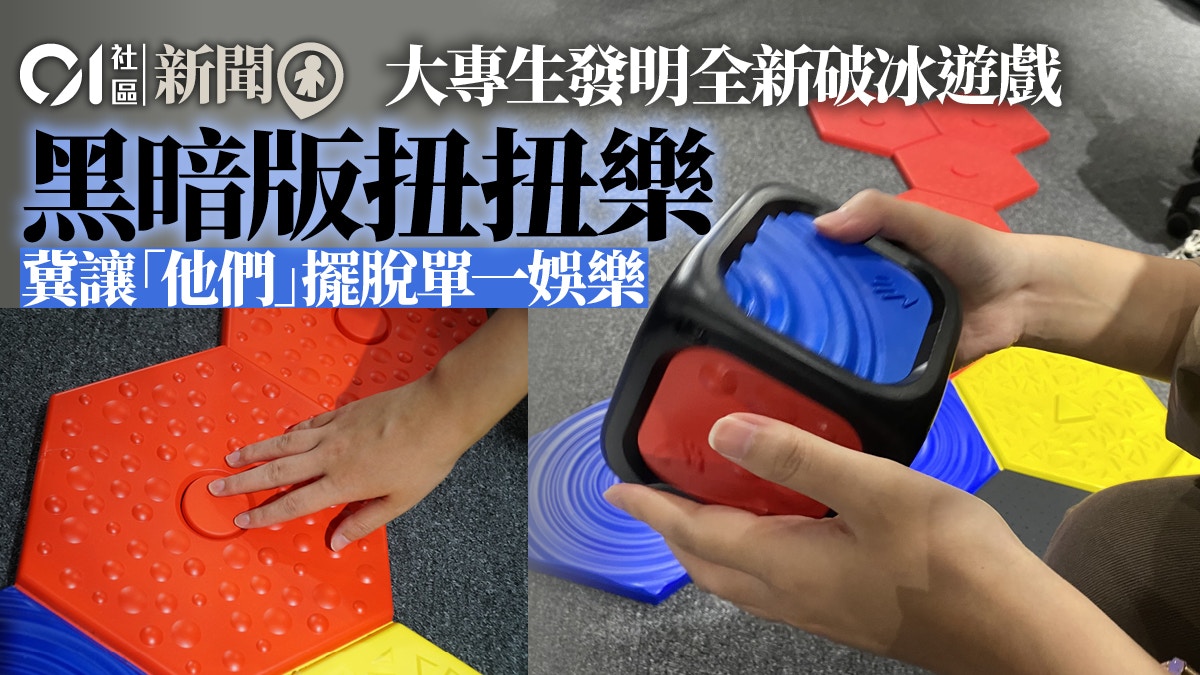 College students invented a new dark version of the icebreaker game Twakule, hoping to free them from single entertainment 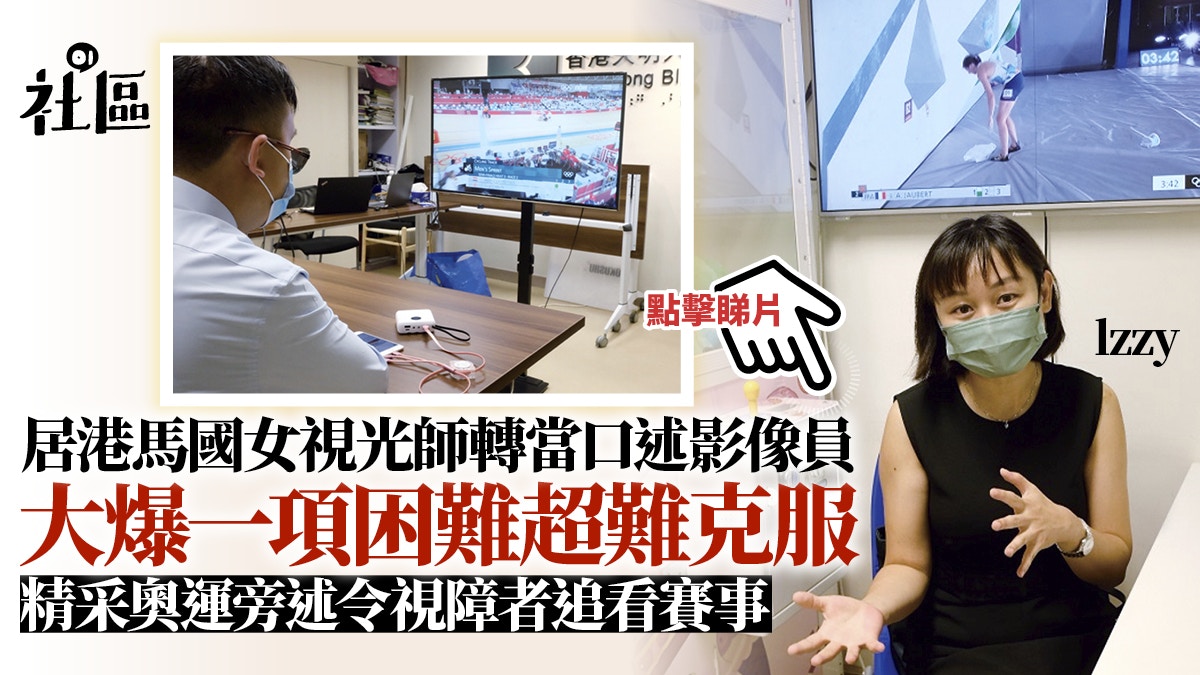 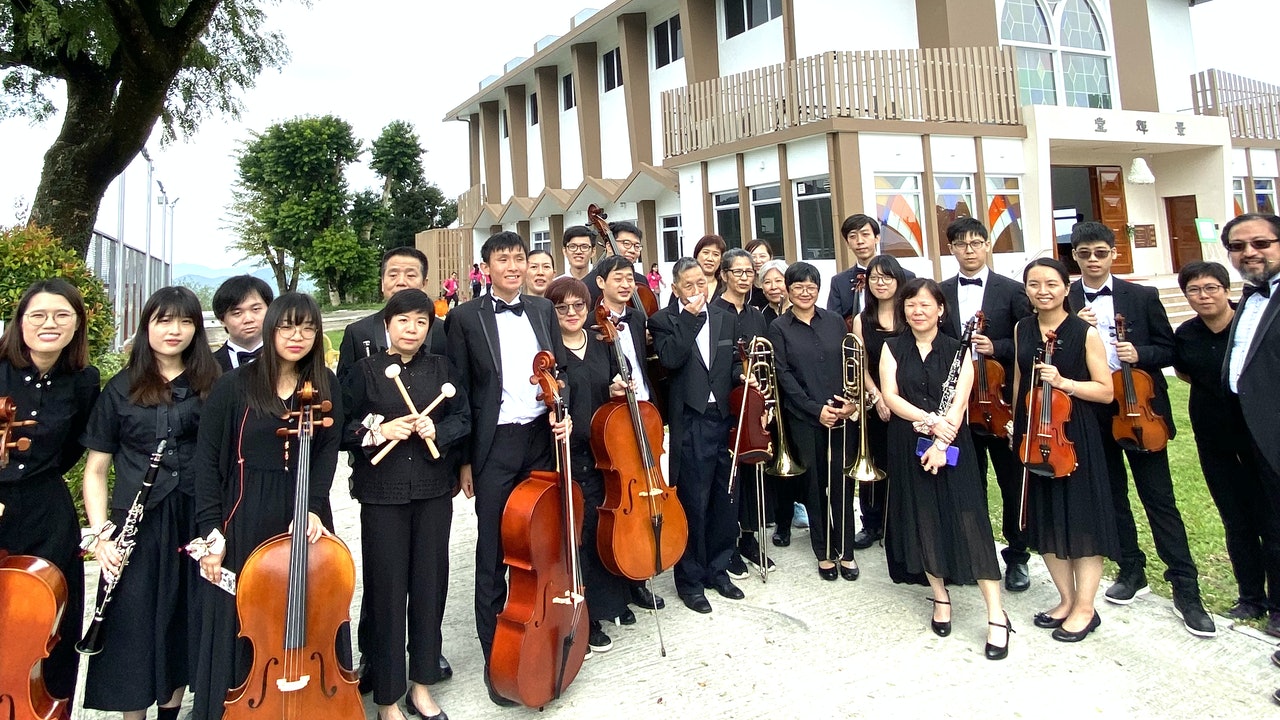 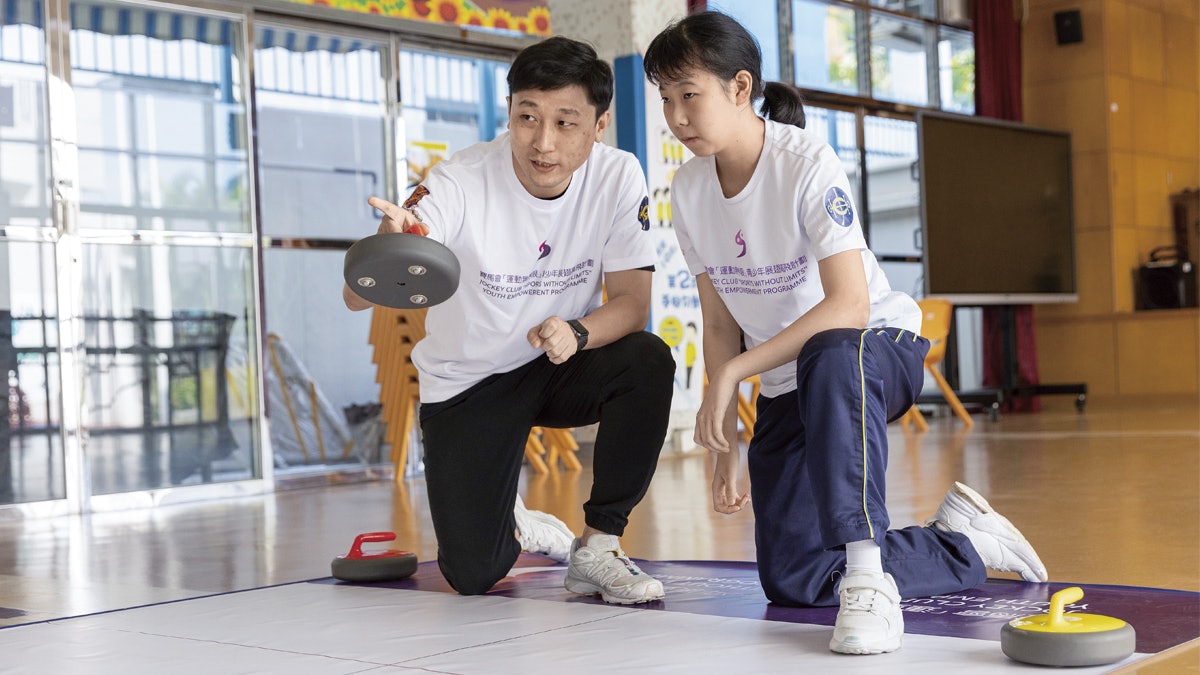 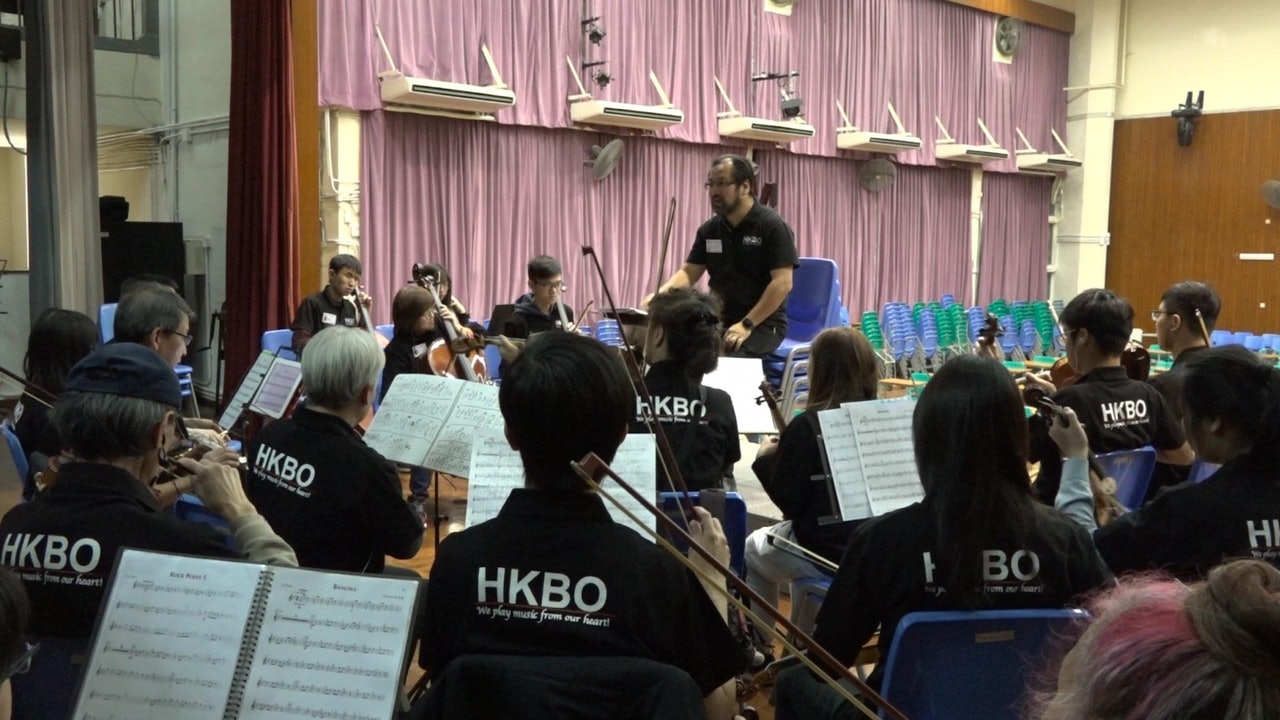 The head of the Hong Kong Orchestra for the Blind under the epidemic: encountering unprecedented difficulties 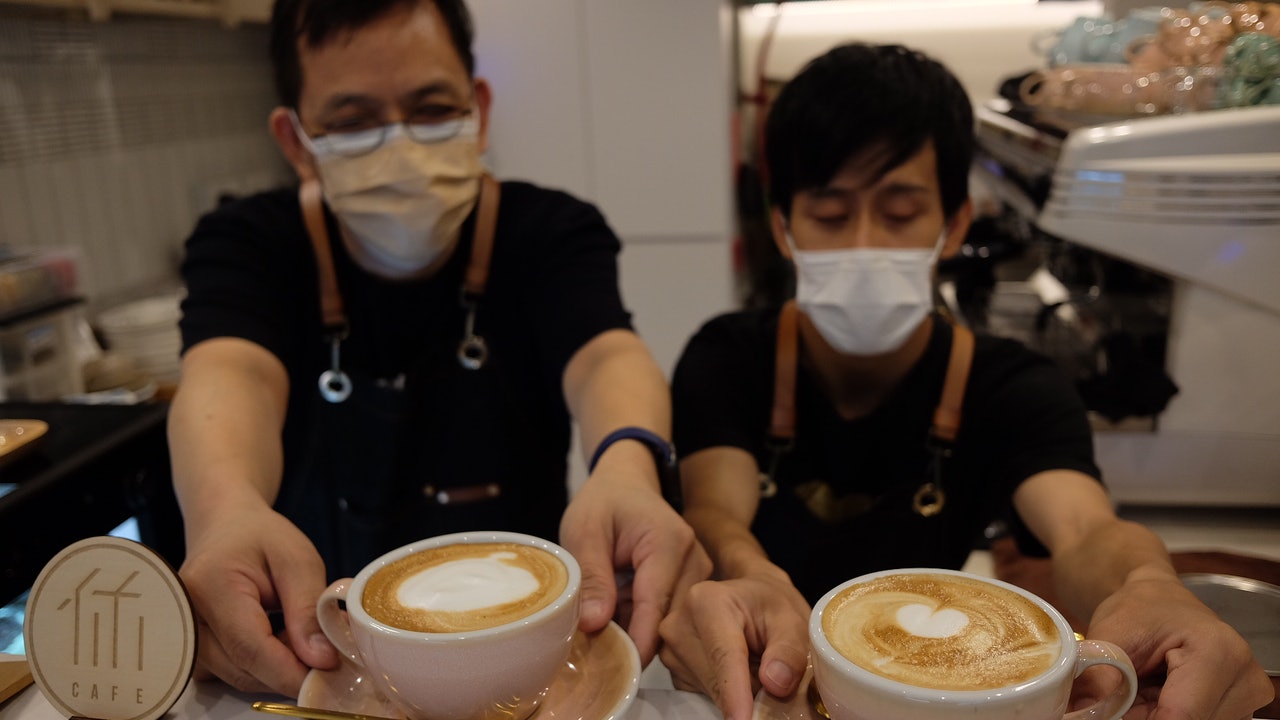 Yikui Building is enclosed and compulsory testing is banned for 5 days! Netizens are concerned about rework and the Labour Department's guidelines say so...
2022-01-21T11:56:03.671Z