So far, people who have been infected with the Omikron variant in South Africa are not seriously ill, according to the local doctors' association. However, most of the patients are currently young.

So far, people who have been infected with the Omikron variant in South Africa are not seriously ill, according to the local doctors' association.

However, most of the patients are currently young.

London - The people in South Africa who have so far been infected with the new Coronavirus variant Omikron have not yet become seriously ill, according to the local Medical Association (SAMA).

South African Medical Association chairwoman Angélique Coetzee told the BBC that the cases identified so far in her country are not serious.

However, the studies on this variant are still at a very early stage.

In the country, only around 24 percent of people are fully vaccinated.

"Patients mostly complain of body aches and pains and fatigue, extreme fatigue, and we see it in the younger generation, not the elderly," she said.

These are not patients who would be admitted directly to a hospital, said Coetzee.

What about the elderly?

She told the Telegraph that one had to worry that the new variant could hit older people who also suffered from diabetes or heart disease much harder. In South Africa, only about six percent of the population is over 65 years of age.

She added that while the symptoms of the new variant were unusual, they were mild.

She was first made aware of the possibility of a new variant when patients with unusual Covid 19 symptoms came to her practice in Pretoria at the beginning of November.

They would have suffered from severe fatigue.

None of them complained of a loss of taste or smell.

"Her symptoms were so different and milder than the ones I had previously treated".

Coetzee was reportedly the first South African doctor to alert the authorities to patients with a new variant on November 18.

Police do not assume terrorism after knife attack in ICE

Job loss, delusions - the attacker from the ICE makes a confused impression.

So far there is no evidence that the young man planned his act.

Police do not assume terrorism after knife attack in ICE

When vaccination is accompanied by extreme anxiety

In the news, on posters, in internet portals: you can see needles being stuck into upper arms everywhere.

This is a real challenge for people with an injection phobia.

When vaccination is accompanied by extreme anxiety

Stomach cancer: If you see these symptoms, you should see a doctor as a matter of urgency

Stomach cancer is a comparatively rare type of cancer.

However, if you have certain digestive problems, you should consult a doctor.

Stomach cancer: If you see these symptoms, you should see a doctor as a matter of urgency

The omicron variant (B.1.1.529) was first detected in southern Africa.

The World Health Organization (WHO) classifies them as "very worrying".

The exact effects of the variant have not yet been determined.

Fire in the bus depot: Experts examine the burned-out bus 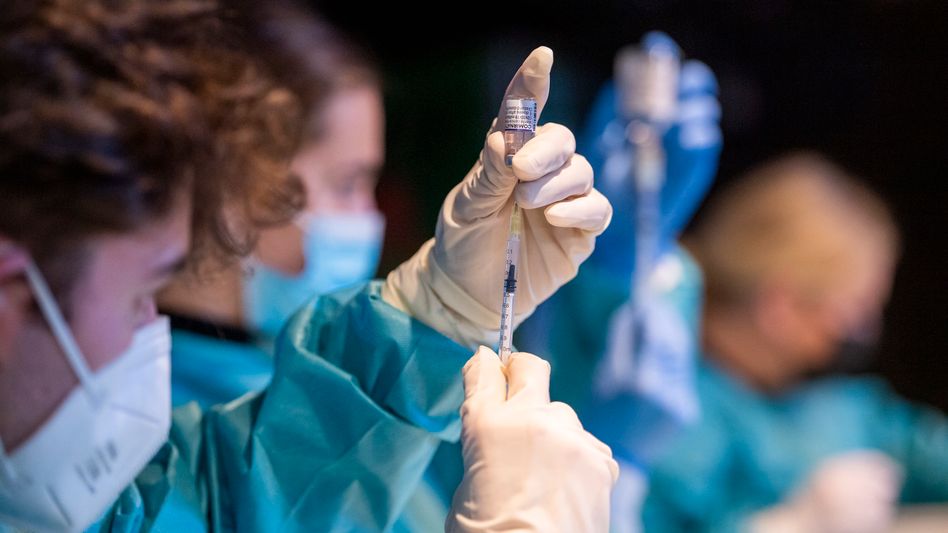 Coronavirus news on Sunday: seven-day incidence of 446.7 at a new high Omikron variant in Germany: Experts are certain - "The wave will come"

Omikron variant in Germany: Experts are certain - "The wave will come" Warning about Omikron: "This exceeds everything we have had so far in the pandemic"

Car crashes into a trailer and a tree: driver seriously injured