Boris Palmer is one of the most famous mayors in Germany. The Greens still want to exclude him from the party. In the Merkur interview he talks about the process. 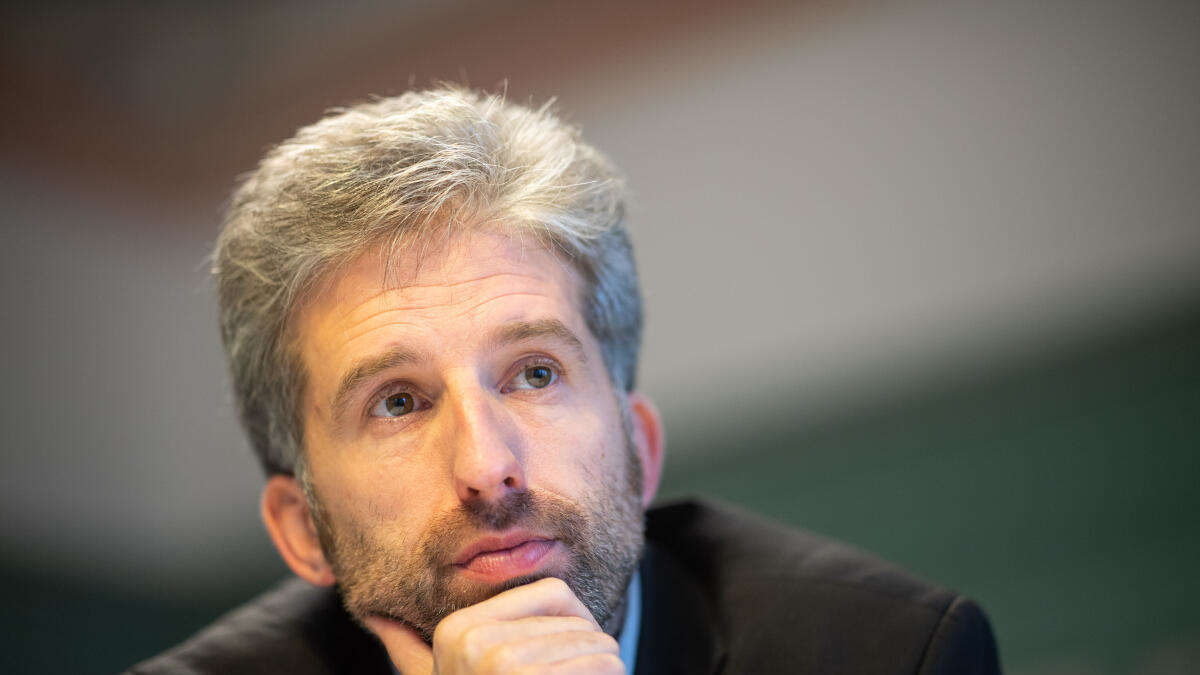 Boris Palmer is one of the most famous mayors in Germany.

The Greens still want to exclude him from the party.

In the Merkur interview he talks about the process.

Boris Palmer (49) is as prominent as it is controversial, now even his own party, the Greens, wants to get rid of him.

In an interview, Tübingen's green mayor speaks about the expulsion process that has just started against him, criticizes the distribution of ministries in the federal government - and explains why there is nothing to avoid compulsory vaccination.

Mr Palmer, your party leaders did not seem really happy when they presented the coalition agreement.

How do you find him?

To be honest: I haven't read the contract yet, but I already know I'm for it.

We shouldn't shirk our responsibility like the FDP four years ago.

How do you think it is that the Ministry of Transport does not go to the traffic turning party?

The SPD was able to map its core issues with ministries, we weren't quite as successful.

For the traffic turnaround, to put it mildly, this is not ideal.

Baerbock outside, Özdemir Agrar - wouldn't it be better the other way around?

And Cem ka mit de Leut, as they say here.

This is going to be good.

Admittedly, I would have preferred him to be Minister of the Interior.

Your party would like to get rid of you, the process of elimination has just started.

How does that feel?

This is very painful, especially since the reasons are very unconvincing.

A new OB will be elected in a year.

Are you running again?

Christmas time is approaching and this is a good time to pause and wonder what else you are up to.

I plan to make the decision early next year.

They say pause, there is a risk of a second Corona Christmas.

Does it annoy you that the traffic light hesitates when it comes to compulsory vaccination?

If we can no longer cope without compulsory vaccination, the normative force of the factual will force decisions.

We have a huge problem in the clinics and with restrictions for parts of society.

There is an enormous potential for stress and conflict in the citizenry and a loss of confidence in the institutions.

This is so serious and serious that I consider a compulsory vaccination to be the lesser evil.

If it is enforceable ...

If you don't want something, you always say: it's not possible.

This is the most convenient of all excuses.

But look, we also have a measles vaccination requirement for children that is constitutionally compatible.

It won't be impossible for Corona either.

On the other hand, it is not about enforcing the vaccination by force - no one will have a needle in their arm against their will.

It's about sanctioning with a hefty fine.

1000 euros and the debate would be over.

Or the country would be torn, as Jens Spahn says.

The country is already torn.

And the daily distinction between vaccinated and unvaccinated people exacerbates the division more than a general vaccination requirement.

Recently you said: If you don't believe in vaccination, you might not believe in the intensive care unit either.

How seriously was that meant?

That was an appeal to those unwilling to vaccinate to consider whether they would take the risk of the serious illness even if they knew that they would no longer be able to get a bed in the hospital.

Almost everyone would then prefer the vaccination.

These people claim the community of solidarity in order to disengage themselves from this solidarity.

I wanted to show that with my thought experiment.

As mayor, what is your experience with vaccine skeptics?

In the circle of friends, in the closer acquaintance.

Above all, I have hundreds of replies in my inbox.

Many senders are educated and can say that it almost drives you crazy.

I know every argument against vaccination, and it stunned me how false and factual these claims are.

It's really hard to take anymore.

It has always been my ambition to win with the power of arguments.

I've given that up here.

We don't have the time for it anymore.

In July you said yourself that you would not have your children vaccinated ...

My youngest is one year old, and at that time Stiko was still skeptical, now the risk assessment is changing positively through studies.

But my basic position remains the same: We always start at the wrong end.

Instead of vaccinating ten-year-olds, we should focus on the risk group.

If we were able to vaccinate the 15 percent of over-60s who have not yet been vaccinated, we would have halved the burden on the clinics.

Addressing these three million people directly or engaging them would be easy.

And the profit would be enormous. 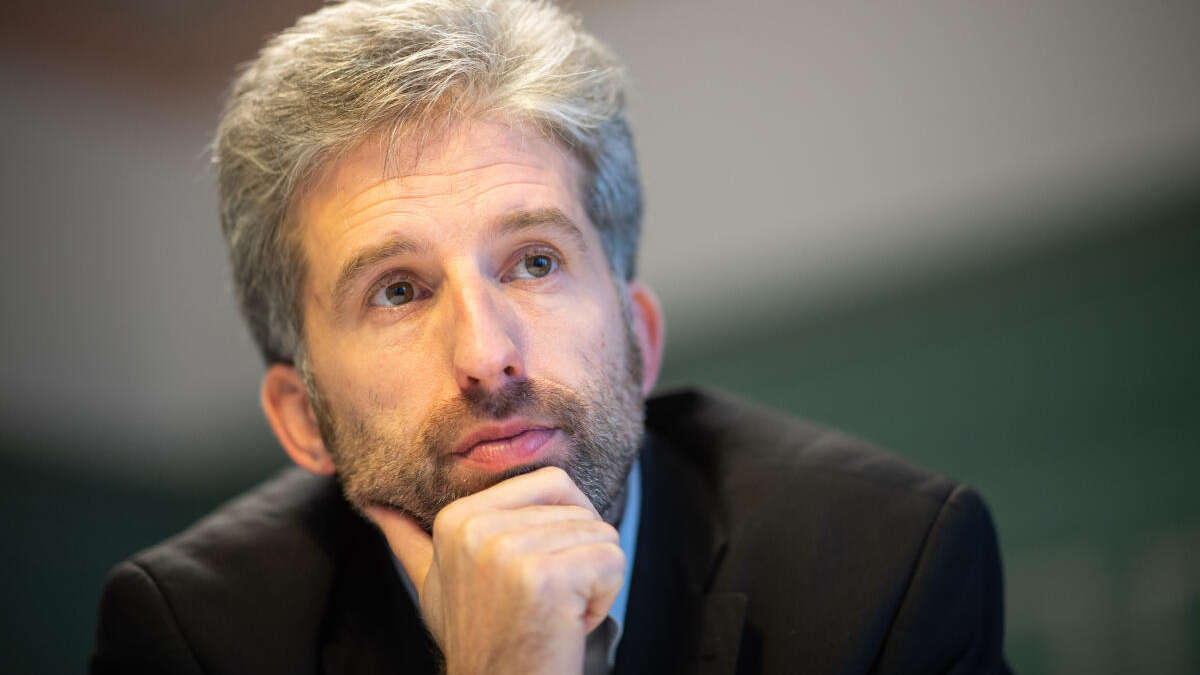 Palmer talks about Green Pain - and makes Corona forecast: "Then the normative force of the factual will take hold" 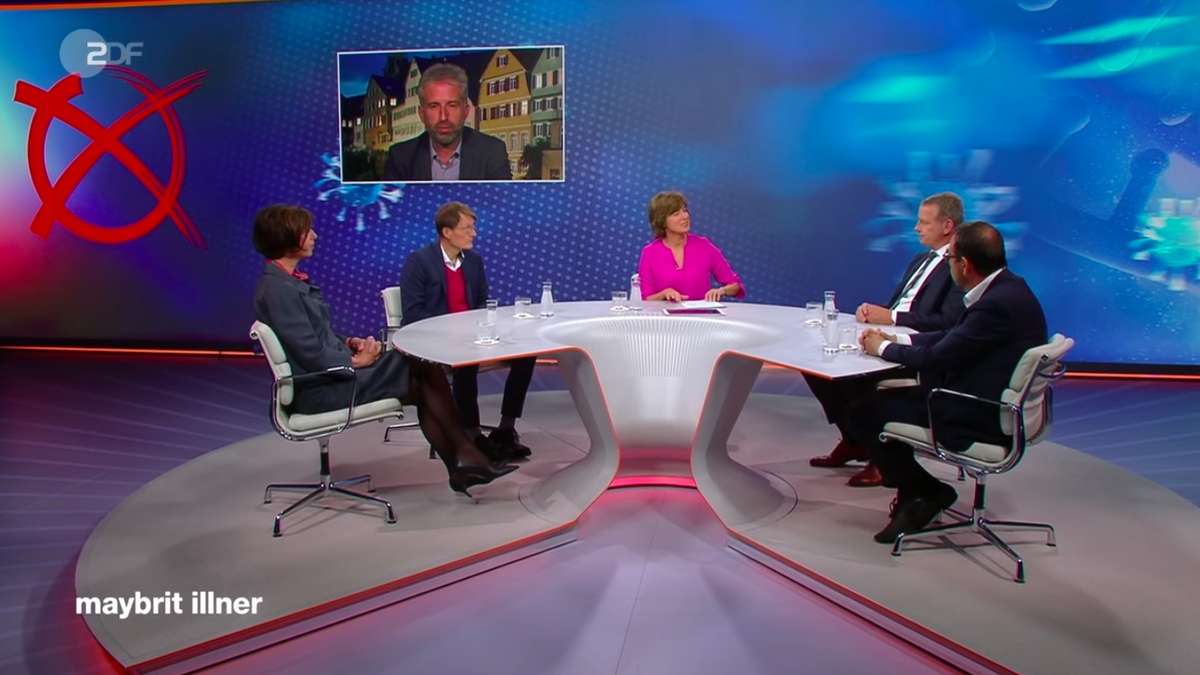 Prison for refusal to vaccinate? Palmer comment is making waves Tübingen's mayor has not yet decided on the candidacy