Farmer is looking for a wife: fans abuse Anna's Christmas plans as "selfish" 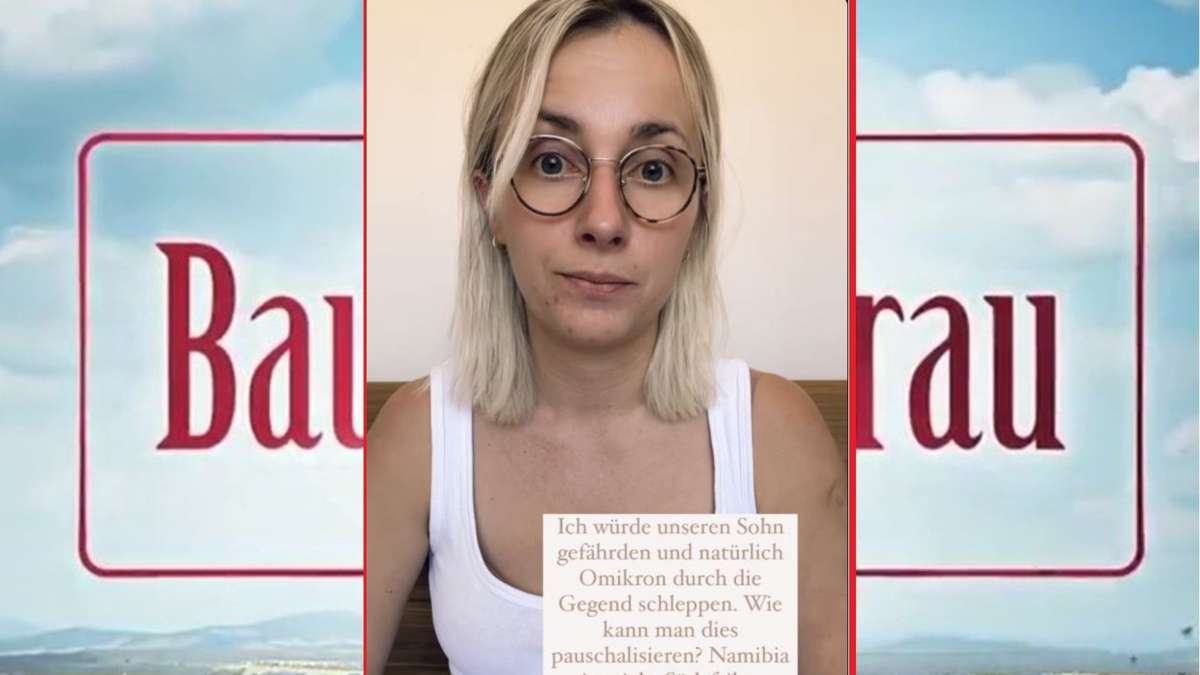 In “Bauer sucht Frau” * Anna and Gerald Heiser found their love happiness in 2017 with the help of RTL presenter Inka Bause *.

Just one year after taking part in the 13th season of “Bauer sucht Frau”, the two of them said yes - first in Anna Heiser's country of birth, Poland, and later in her new adopted home, Namibia.

Anna Heiser is now a little star on Instagram, with over 141,000 followers.

But Anna doesn't always have nice experiences with social media.

She shares a lot on Instagram about her private life with Gerald and son Leon * in Namibia and receives a lot of criticism, and she also has to struggle with hate messages.

It was only last week that Anna Heiser reacted confidently to a hate message on Instagram *.

On Sunday, November 28th, 2021, Anna spoke up again in her Instagram story due to allegations.

It's about her plans for Christmas - users have described the former “farmer looking for a woman” candidate as “selfish” for her Christmas project.

Anna Heiser classifies the allegations, cleans up and puts the "haters" off the hook.

Farmer is looking for a wife: fans call Anna Heiser "selfish" because of Christmas plans

Specifically, it is about Anna's plan to fly with her son to her parents' home in Poland for Christmas.

For some fans, this is unimaginable under the current Corona situation.

The allegations against Anna Heiser are that she would fly the new virus variant B.1.1.529 * - better known as "Omikron", which was first discovered in South Africa.

Anna doesn't just let that sit on her and fires back.

"I will now speak for the last time here on Instagram about our Christmas project," Anna Heiser announced in her Instagram story.

“Some of you, fortunately only a few people, but still, wrote to me that I was selfish because I wanted to spend Christmas with my family in Poland.

I would endanger our son and of course drag Omikron around. "

Farmer is looking for a wife: This is how Anna reacts to allegations of hate she is "selfish"

Anna clears up the allegations with facts from the world: “Namibia is not South Africa.

Right now we have an incidence of 2.3 and it is not because there is no testing here, but simply because it is summer and nobody gets sick, or only a few.

The daily infections are at around ten people for the whole country. "

In fact, the incidences in Namibia cannot be compared with the current corona numbers in Germany or Poland.

On November 29, the 7-day incidence throughout Namibia was 3.4 new infections per 100,000 inhabitants - within one day just 20 new infections were reported across the country.

According to the Robert Koch Institute (RKI), the 7-day incidence in Germany is currently 452.4, and 29,364 new infections were reported within one day.

Farmer is looking for a wife: Anna Heiser defends her Christmas plans on Instagram

Anna Heiser does not want to downplay the situation in Germany - and stresses that she is doing everything that the government currently recommends: "We are vaccinated repeatedly", Anna Heiser announced.

And: "We pay attention to masks, distance and so on." In addition, the small family from Namibia knows how seriously the coronavirus is to be taken.

Anna and Gerald were only infected with Corona in mid-June 2021 - in September Anna's family was still struggling with the long-term consequences of the Covid infection.

“I just want my son to spend Christmas with my family, at their home.

We don't have to see people.

I just want to go home.

And if there is this possibility, we will do this too ”, Anna clarifies in her story.

Farmer is looking for a wife: Anna Heiser with a clear message to her haters

At the end of her Instagram story, Anna Heiser has a message for everyone who criticizes her: “If you like, you can call me selfish.

Then that's the way it is. ”In the middle of the year, the ex-candidate for“ Bauer sucht Frau ”has not yet dealt with hateful news and sharp criticism that tough.

In June, Anna Heiser pulled the rip cord on Instagram and set her account with the then 128,000 followers to private.

Anna Heiser reacts on Instagram to allegations of selfishness regarding her Christmas plans.

But anyone who only comes to their profile to munch on and who posts messages and comments below the belt is consistently blocked.

Anna shows: Even as an “influencer” you don't have to put up with everything on Instagram.

Farmer is looking for a wife: fans abuse Anna's Christmas plans as "selfish" 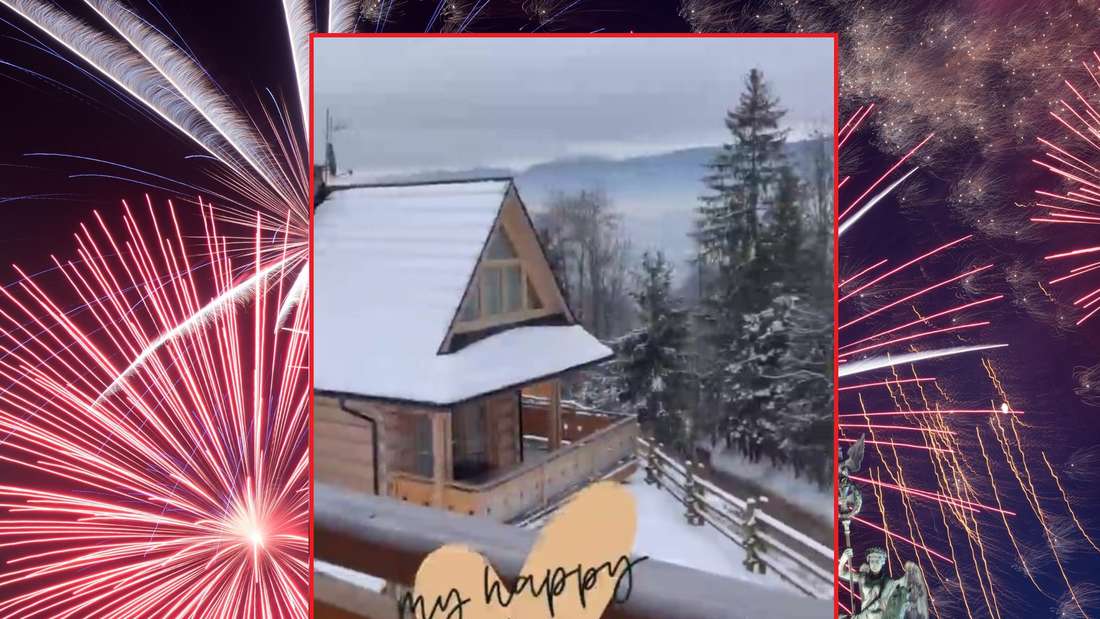 Farmer is looking for a wife: Photo makes you jealous - Anna celebrates New Year's Eve in this location

Farmer is looking for a wife: Photo makes you jealous - Anna starts so beautifully in 2022

Farmer is looking for a wife: Photo delighted fans - Anna celebrates the New Year so beautifully

Farmer is looking for a wife: Photo makes you jealous - Anna celebrates New Year's Eve in this location 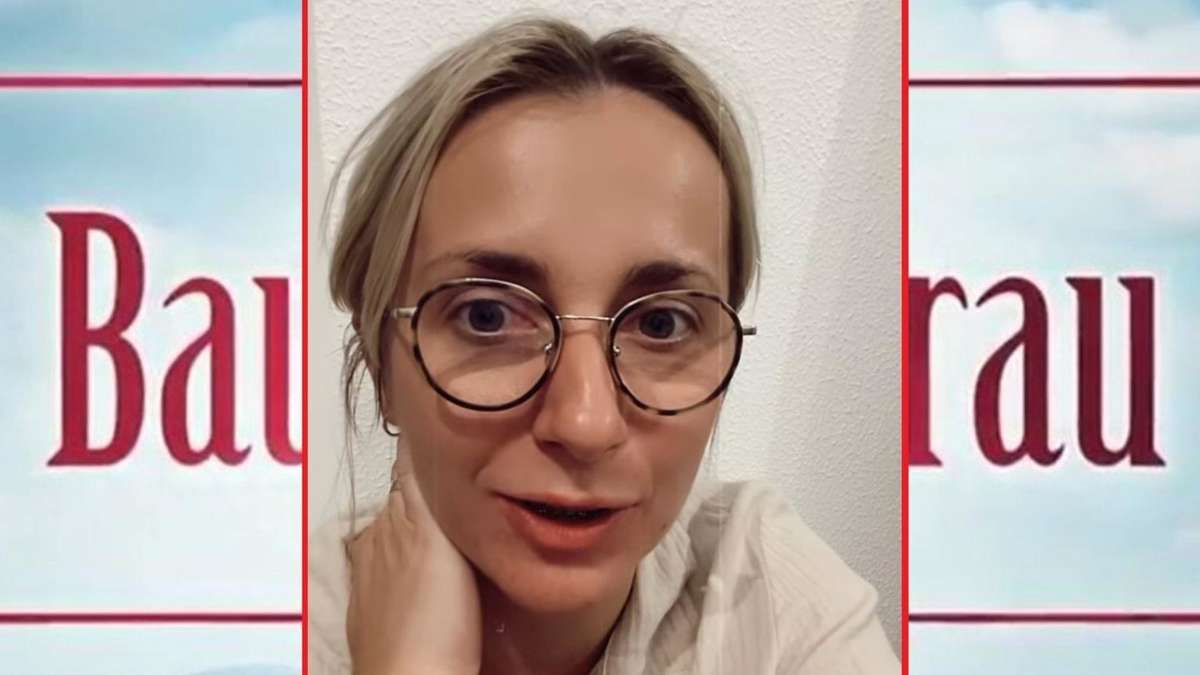 Farmer is looking for a wife: funeral service in Namibia - Anna with an important message

Farmer is looking for a woman: funeral service in Namibia - Anna with important news

Farmer looking for a woman: funeral service in Namibia - Anna sends a message