Heart of a Stone: Noa Kirl's Advertisement Is Not Really Surprising Israel today

The commercial collaboration of Noa Kirl and yes has already slaughtered very sacred cows and generated widespread public discourse thanks to the provocation, and Ex Margie is just another cow slaughtered on the road to success • Opinion

A new advertisement by Noa Kirl for the company Yes lit a fire in the hot exes' segment Kirl & Margie.

This time the controversial advertisement introduced the singer publicly referring to the former well-publicized relationship, with Margie's place being filled by a Latin double (anonymous in Israel).

The advertisement provoked the anger of the young singer and even caused him, Israel Today learned, to contact the company and demand that the advertisement be removed from the air.

This is not the first time Kiral and Yes have drawn fire and smoke transformations thanks to deliberate provocation.

In the previous commercial, the star, who served in the IDF in a talent track in a role that was "designed" especially for her, was portrayed in an angry to defiant manner, no less than a combat fighter who was leveling with pelvic swings and entangled in a forest thicket. "Let the Sunshine In" (Let the Sunshine In), one of the creepiest songs attributed to the bloody period, but that did not stop Kiral and yes from making commercial use of it.

• Because of the commercial: Margie cancels

The harsh reviews were not long in coming.

From east to west, from Shizafon base to Hatzor, they were amazed at the fact that Kiral was exploiting and transcending her military service, the "thinner", to put it mildly, in order to advertise itself and rake in profits.

And all this, we will mention, during the same service, when ordinary soldiers have to work very hard to gain the privilege of working while volunteering in the IDF.

At the time, Kiral and Yes took the sacred value of Israeli society - the brotherhood of warriors, and used it for their own needs and to increase their wealth.

All this, it should be noted, under the auspices of the IDF, that this was possible in the first place.

She did what she did best.

She did not bat an eyelid, and moved on.

Because there is no sacred cow that will stand in its way to the summit, and we have already agreed on that as well.

Everything is allowed to her.

Oops I Did It Again

With success there is no arguing and a winning horse is not replaced, and if someone is hurt along the way then it is negligible.

As part of the new advertisement for yes, the creative team - no less than a genius when it comes to drawing fire and creating a public and media discourse, did not content itself with harming a national symbol and a basic social value such as military service.

They have now moved on, with a blatant lack of sensitivity, on a personal-personal level, in the form of a joke - not to mention creating a jarring contempt - for the marital relationship she previously had with Margie.

Phrases like "Love you but no longer fit for a movie" and "Tired of you and do not want another episode with you", including the ridiculous presentation of Margie and as a kind of "judge" of Kiral who flirts with her, probably does not add respect or give him his perspective of parting .

The star who had been her partner for three years, and with whom she probably shared many intimate moments, did not bother to update the star on the commercial in advance, or, God forbid, accidentally, ask his opinion.

No wonder the singer decided not to go over it in silence.

Every man with a heart would be harmed by such a move at his own expense.

A tram called Passion (for money)

In Kiral's world, the characters in her life are merely extras in a movie called "My Journey to Success."

The military, which has been a part of her life for a period of time, was material in the creator’s hand for a lucrative campaign, and so was her ex-partner, as he came to discover in his flesh in retrospect that he is just another winning card on the way to producing a new advertising hit.

In the wake of all this contempt for anyone who has contributed to or loved her life, will Kiral find herself lonely in the end, out of healthy suspicion in her actions?

We would not be surprised if the next to be harmed are her family members or Kirel's childhood friends, because "that's what yes wanted." 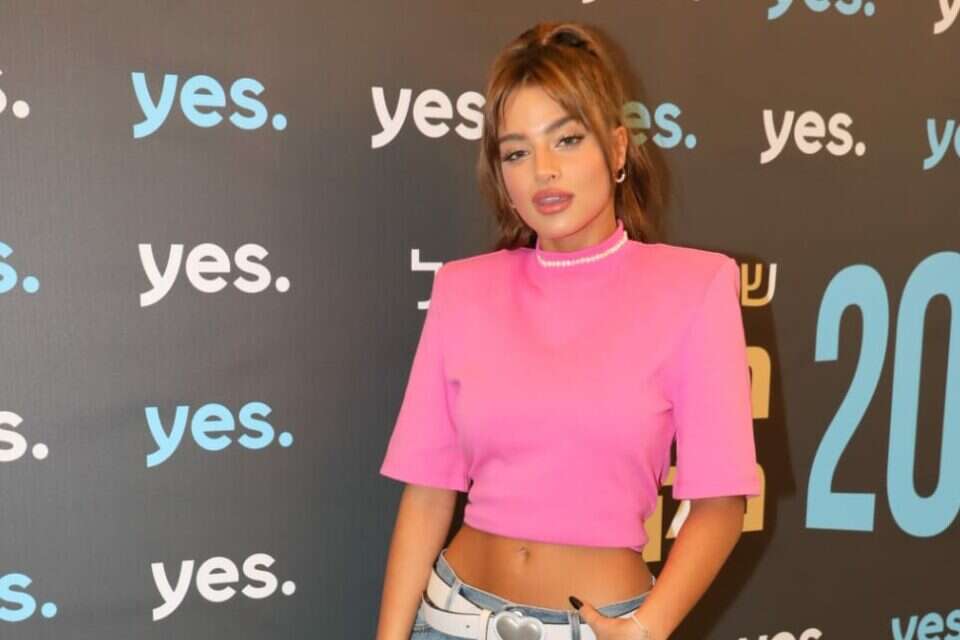 In a tummy tuck and Bratz shoes: You must see this look by Noa Kirl | Israel today

Noa Kirl has already marked V - Get the cool troll of the winter - Walla! Fashion

With all due respect to glitter - this is truly Noa Kirl's hysterical look - Walla! Fashion

He just wants to dance: The celebs' DJ is talking Israel today

Game of Tears: When did Noa and Margie really break up? | Israel today