Damascus, SANA- Minister of Religious Endowments, Dr. Muhammad Abdul-Sattar al-Sayed, affirmed that expanding the powers of the Jurisprudence Scientific Council in the The Minister of Endowments, Dr. Muhammad Abdul-Sattar al-Sayyid, stressed that expanding the powers of the Jurisprudence Scientific Council in the ministry is a very big step, as the Holy Qur’an has always commanded reform... By expanding the council’s powers, the individual fatwa was transferred to the collective, and thus it is the largest reform process taking place on the religious side. Minister al-Sayyid said in an interview with Al-Souria channel Tonight, “when we look at the importance of the decree expanding the powers of the Council, we must bear in mind that the years of the terrorist war against Syria witnessed the raising of slogans and the use of abnormal fatwas that led to bloodshed and the destruction of the country, although Syria has always been a model of religious brotherhood and pluralism.. On the other hand, many From the hadiths of the Prophet, they talk about the pillar of light being in the Levant.. The truth and the right and correct matters are from the Levant. In front of this matter, the reform process that is going on in Syria is embodied and the restoration of everything that has happened and the study of the things that have taken place on the religious side or in other aspects.”

He added, “The abnormal, takfiri, Wahhabi, and Brotherhood fatwas are always individual fatwas, and the conversion of the fatwa from an individual case to a group one is the largest reform process ever carried out in the religious aspect. And others were based on a fatwa from al-Qaradawi, a fatwa from a person. When we come to the truth of the decree, we can say in short that it contributed to the transfer of the individual fatwa to the collective through pluralism.

The Minister of Awqaf indicated that the functions and work of the Jurisprudence Scientific Council, which were drawn up under Law 31 of 2018, which was developed and strengthened by Decree 28 of 2021, are to prepare jurisprudential scientific research and discuss jurisprudence related to contemporary religious issues and contribute to achieving integration between jurisprudential schools in addition to identifying references, literature, currents and trends. Those who carry takfiri and deviant extremist ideas, explaining, “These books and trends must be defined so that all countries and the rest of the Arab and Islamic countries know that this book or this fatwa is a terrorist, extremist, Brotherhood, and Wahhabi takfiri, so it must be shed light on it.”

Minister Al-Sayed pointed out that one of the council’s tasks is also to approve references, jurisprudence books, and topics on which candidates for assignment to religious work are tested, i.e. transferring this authority from specific persons in the Ministry of Endowments to a large jurisprudential council that includes more than 44 scholars and teachers of the Noble Qur’an and the weighting of some jurisprudential rulings. On others, in a manner that is appropriate to the times and achieves people’s interests, within the rules and conditions of weighting adopted in the principles of jurisprudence, and then issuing fatwas based on Islamic jurisprudence evidence based on Islamic jurisprudence with all its schools and laying the foundations, standards, and mechanisms necessary to organize and control them.

The Minister of Endowments clarified that the Council is responsible for issuing fatwas and thus relies on the doctrines of the imams of Islamic jurists with mentioning the evidence and relies on the various sources of Islamic legislation from the Qur’an, the Sunnah, consensus, analogy, and the differing evidence in it and the jurisprudence based on the spirit of legislation and the purposes of Islamic law away from sectarian fanaticism and accommodates the various Contemporary jurisprudential rulings and major emergency catastrophes such as “Corona” for example, organ transplantation, clinical death and some matters related to personal status that are commensurate with the provisions of the laws in force in the competent courts, and this is a very important matter, indicating that the Council does not interfere with the provisions of partial and daily worship, and all scholars, imams and preachers can Answer to individual matters.

Minister Al-Sayed indicated that one of the council's tasks is also to confront the extremist and takfiri ideology with all its currents and tendencies, and to confront the ideological ideological invasion, which is the main tool of modern liberalism in destroying societies and rejecting intolerant and sectarian fatwas.

In response to a question about the position of fatwa, Minister al-Sayyid clarified that when we talk about abolishing this position, we must take matters from a legal and historical point of view. On the subject of the fatwa, or about the position, I must specify.. the legal aspect is concerned with the substance, i.e. the fatwa and its implementation, and is not concerned with the position because the position of the mufti was created by the Ottoman Turkish occupation when Sultan Selim entered this country, i.e. this position was newer politically and did not exist in all the history and covenants of Islam because it is contrary to to the extent and reality of the legislation.

Minister Al-Sayed said, “When you are facing this reality, after this terrorist war, and after the takfiri fatwas were a reason that was exploited and used by the United States of America, “Israel” and the enemies of the country who took these fatwas, and the so-called “ISIS, Al-Nusra Front and the Brotherhood” and others… This logic.. We go back to the original and do not take the branch.. We do not take what the Ottoman Sultan ordered, but rather we take what Islam commanded... Islam said, “And he commanded them to consult among themselves.. He consulted them in the matter and consequently the position was abolished, correcting a historical error that lasted more than 600 years or more. More by the Ottomans.

Minister Al-Sayyid stressed that the expansion of the Fiqh Council is a “very big step.” Religious reform can only take place with this step, and the Holy Qur’an always commanded reform, and the calls of the prophets were always for reform, and there were always those who were harmed by any reform, and the first affected were the “plans that were drawn against Syria,” where the Arab army won Thanks to the sacrifices of his martyrs on more than 80 countries, terrorism and extremism have targeted Syria.

The Minister of Awqaf said, “When this council was created, the windows of infiltration were closed in their faces, and from here the attack on it was made, and the Brotherhood attacked it most, because the council is a step fortifying the national unity of the Syrian society.”

In response to a question about the Biography of the Prophet, which was issued by the Ministry of Education of the Turkish system for the first grade of primary school and contains drawings and pictures offensive to the shrine of the Prophet and distributed to schools in areas controlled by terrorists and agents of the Turkish occupation in northern Syria, the Minister of Awqaf said, “This matter is very dangerous and dropped the last fig leaf from the organization. The terrorist of the Brotherhood and those with them.. These approaches are very dangerous and are against Islam first and against the homeland second.. It was necessary to issue a statement of the Jurisprudence Scientific Council in Syria, which strongly condemned the Turkish occupation and its henchmen’s abuse of the position of prophethood and their disregard for all sanctities and sanctities.” Damascus Scholars: Legislative Decree No. 28 strengthened the role of the Jurisprudence Scientific Council 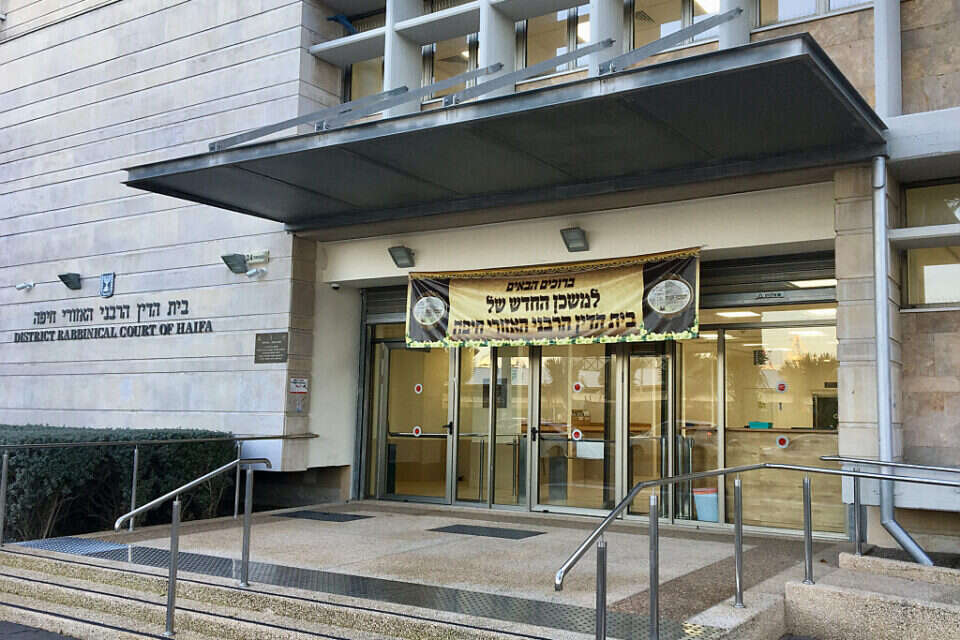 Opinion | To grant the conversion authority to the rabbis of the cities? Check first how many there are | Israel today Minister of Awqaf: The project to develop Sharia education curricula is a pioneering experience for joint work Minister of Awqaf: On Eid al-Adha, it is necessary to remember the heroes of the army who took the paths of sacrifice in defense of their homeland

Canada will give a millionaire compensation to indigenous groups for discriminating against their children for decades
2022-01-05T00:13:10.605Z

How many new full-time MPs? Lin Zhexuan: Continue to practice medicine and understand that front-line scholars point to full-time reduction of desire to participate in elections
2022-01-04T23:19:08.738Z

The return of reality television with anonymous, the debut as an interviewer of footballer Joaquín and other television premieres for 2022
2022-01-04T22:31:21.031Z