This is China | How can Hong Kong reread China through geographical details?

The traditional version of the popular Chinese geography book "Here is China" was published in Hong Kong earlier. "Xiangjiang Reading Forum" was hereby held last Thursday (November 25) "Rediscovering the beauty of China-Appreciating the magnificent mountains and rivers of the motherland from geography" 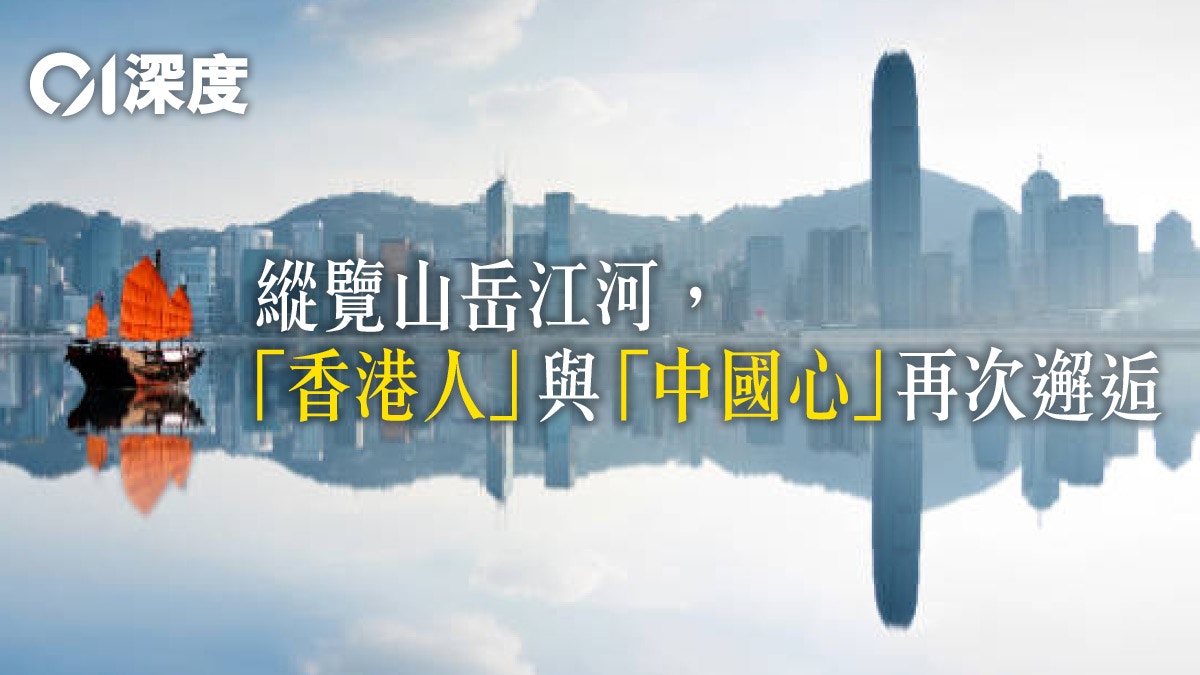 The traditional version of the popular Chinese geography book "Here is China" was published in Hong Kong earlier.

"Xiangjiang Reading Forum" last Thursday (November 25) hereby held a lecture on "Rediscovering the Beauty of China-Appreciating the Magnificent Mountains and Rivers of the Motherland from Geography", and invited Ouyang Ziyuan, academician of the Chinese Academy of Sciences, book author Geng Huajun, and deputy director of the Hong Kong Geological Society The chairman Zhao Kanqian and many other scholars shared how to better appreciate the beautiful China through a wide geographical perspective and a grand time scale, experience the customs and customs that may have never been known before, and reinterpret China in the infiltration of knowledge, vision and culture. , Understand the relationship between Hong Kong and the country, as well as oneself and the country.

The Asia-Europe plate collided with the Indian Ocean plate, uplifting the Qinghai-Tibet Plateau.

Where do we start to get to know China?

Where does China come from?

"It came out." Geng Huajun, director of the Planetary Research Institute and author of the "Here is China" series, gave a different answer. The Asian-European plate collided with the Indian Ocean plate 65 million years ago, which uplifted the Qinghai-Tibet Plateau and changed China's Features of topography, geomorphology, climate and hydrology.

The beauty of China is not only the mountains and rivers, but also the urban fireworks.

For 65 million years, the collision of the earth has created mountains and rivers, and for 10,000 and 100 years, the power of man has created Chinese civilization.

Through new technology, free markets and government mobilization, a large number of roads and bridges were built, mines and factories were opened, and geographical barriers were crossed into the new era of globalization.

Knowing China does not mean being confined to geographical constraints. Ouyang Ziyuan, the chief scientist of China’s lunar exploration project and the father of Chang’e, mentioned that as people’s exploration of the moon and Mars deepens, the universe has become more diverse. The cultural power of China's aerospace countries has also begun to show, and will gradually integrate into Chinese traditional geography and history to strengthen the space narrative with Chinese characteristics.

"The name of the lunar rover is Yutu. The communication link between the lunar mission and the ground control center is similar to the Magpie Bridge where the Cowherd and the Weaver Girl meet in the myth. Therefore, the communication satellite was named Magpie Bridge." From afar, Ouyang sees that this is the station. For innovation on the shoulders of giants, the country must have a solid foundation to achieve multidisciplinary breakthroughs, and it is our responsibility to learn geography and understand China. "Only with a solid foundation can we build deep roots."

Break the prejudice and understand China in an all-round way

What is geography, as the name implies, is the study of the landscape of the earth.

"Our generation did not read Chinese Geography in middle school, and knew nothing about China's mountain and river geography through textbooks." He reluctantly said that the first time he knew China was not from school education, but from the geography in Jin Yong's novels. Jianghu, in "The Legend of the Condor Heroes", I can see that the Zhonghua Mountain, a famous mountain in the world, is the most dangerous and dangerous. In the introduction of "Tianlong Ba Bu", I know the green of Cangshan, the green of Erhai, the white of the moon, the red of camellia..." It’s a pity that I don’t know the geography of my country.”

Li Zhuofen believes that it is a pity that he does not know the geography of his country.

It is not just the geographical elements in history. Many Hong Kong students also lack sufficient understanding of modern China, and the prejudice comes from ignorance.

Geng Huajun, the founder of the Planetary Research Institute, emphasized that the geographic science he did is not just to publish beautiful pictures and list knowledge points, but more importantly, the question behind it: where does China come from and where will it go?

He added that good geographical science works can inspire people's love for the great rivers and mountains of the motherland, and also enable more people to understand the related role of the environment and mankind.

Only when you have an understanding of the country will you have emotions. As a special administrative region of China, it is natural for Hong Kong to understand the country.

Under "One Country, Two Systems", the geography teaching materials of the Mainland and Hong Kong are not the same, and the classroom models are also different, but no matter how different they are, they will not change the fact that they belong to the same country. It is precisely because of the differences that they should be mutually exclusive. Learning from learning and learning from each other, such as taking advantage of the vast cultural and educational resources in the Mainland, a more comprehensive geography-based educational curriculum, and Hong Kong’s flexible and vivid teaching design, it is entirely possible to create a richer geography education in the two places. Content and more efficient teaching methods.

"Xiangjiang Reading Forum" held a lecture on "Rediscovering the Beauty of China-Appreciating the Majestic Mountains and Rivers of the Motherland from Geography" last Thursday (November 25).

When everyone was looking at the map of China when they were young, they might be curious about what other places look like.

What are the mountains and rivers marked on the map?

What is the difference between the life of people in the Mainland and Hong Kong?

Hong Kong's geography curriculum has relied on Western textbooks for many years.

Unfortunately, Hong Kong's geography curriculum has been relying on Western textbooks for many years, and the British Hong Kong government deliberately downplayed the concept of "national nation". Chinese geography only accounts for less than 10% of the junior high school curriculum, and primary and secondary school students know very little about Chinese geography.

For the explanation of China, more people's understanding comes from the statement summed up by Western knowledge.

After the reunification, the Chinese geography curriculum has not been strengthened to a large extent. Many of the content is passed on at once, which has caused a lot of students to have a lack of understanding of National Geography.

Setting foot in China geographically is a good way to build a sense of identity with the motherland.

Setting foot in China geographically is a good way to help students build a sense of national identity. After all, only by first understanding National Geographic can you understand the relationship between Hong Kong and the country, as well as oneself and the country.

The issue of people's identity with the country is basically a "relationship between the country and me".

It is inevitable to be reduced to what Long Yingtai described: "Is it necessary to gradually abandon the notion that "everyone must belong to a country"? More and more people may only have culture and language, but no country, or more and more. The people who don’t have the so-called "loyalty" concept at all?"

This is China | How can Hong Kong reread China through geographical details? 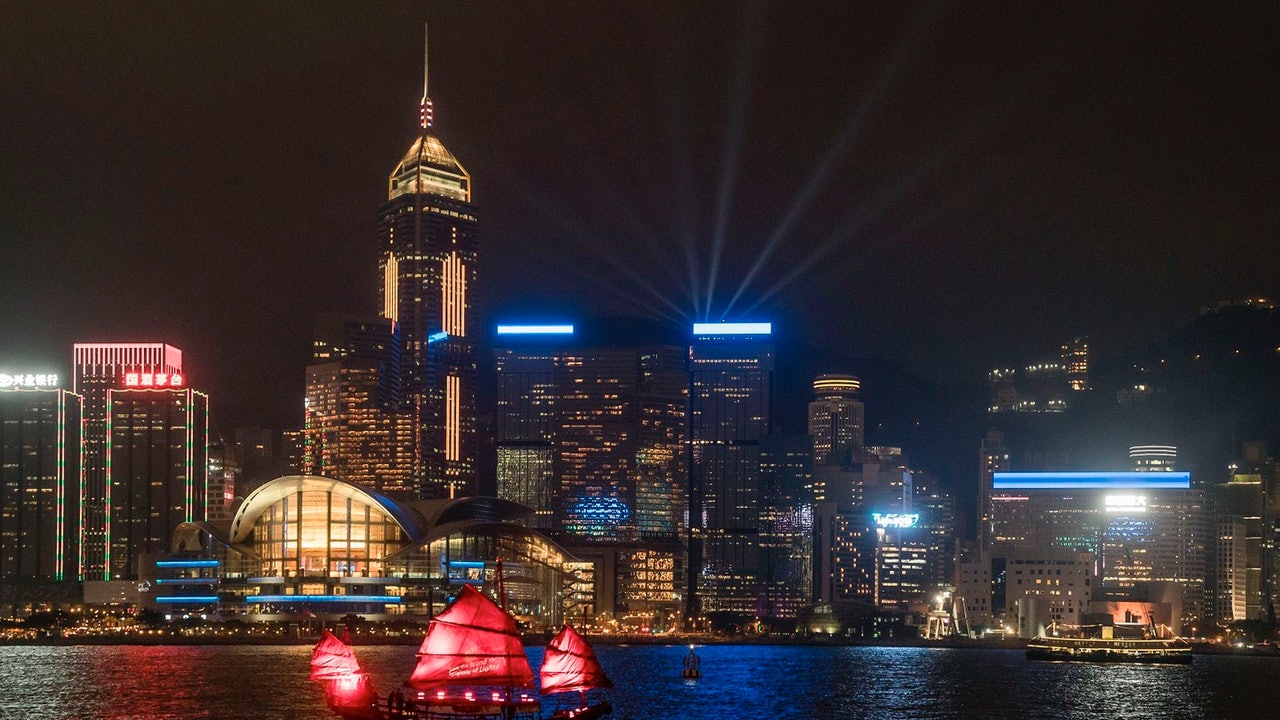 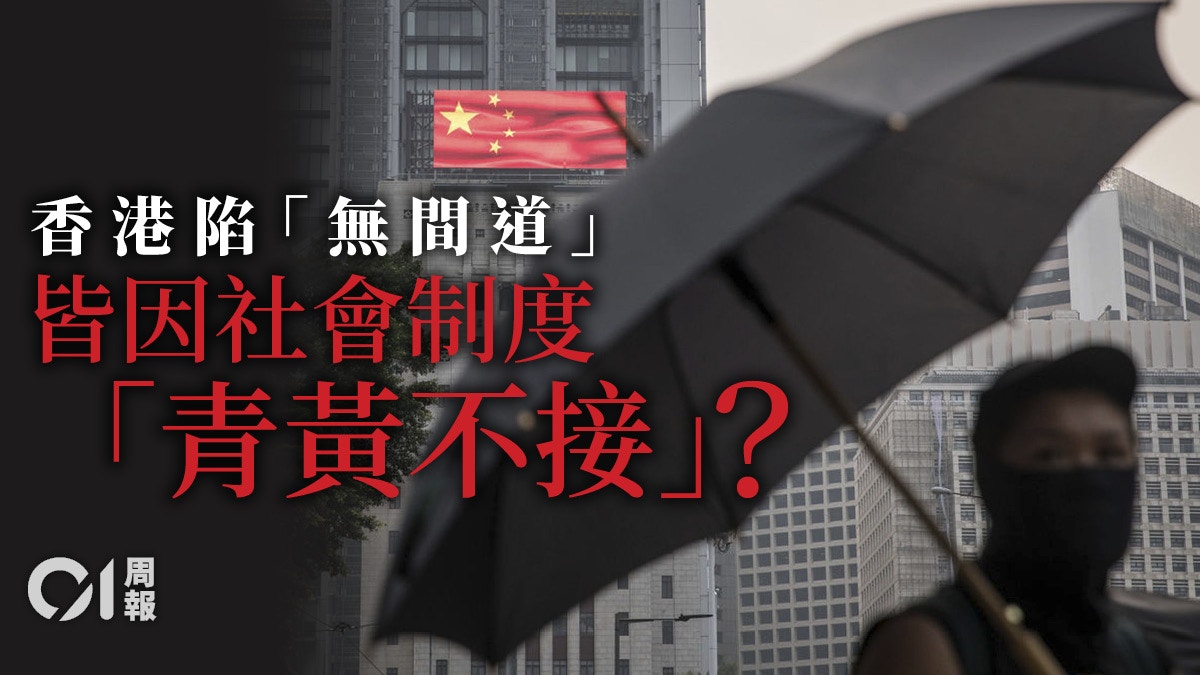 Hong Kong living in the state of "liminal boundary": How to get rid of the dilemma of two sides that are not human? 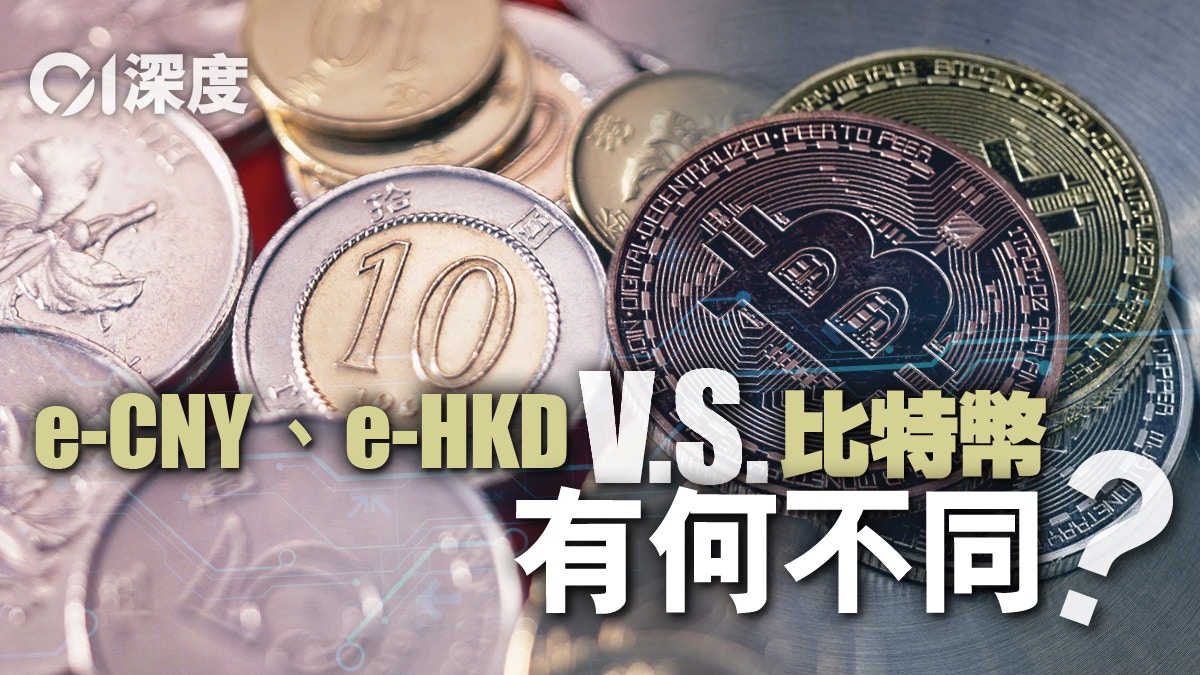 Renminbi Internationalization | How does Hong Kong seize the opportunity of a century of change in the currency system? 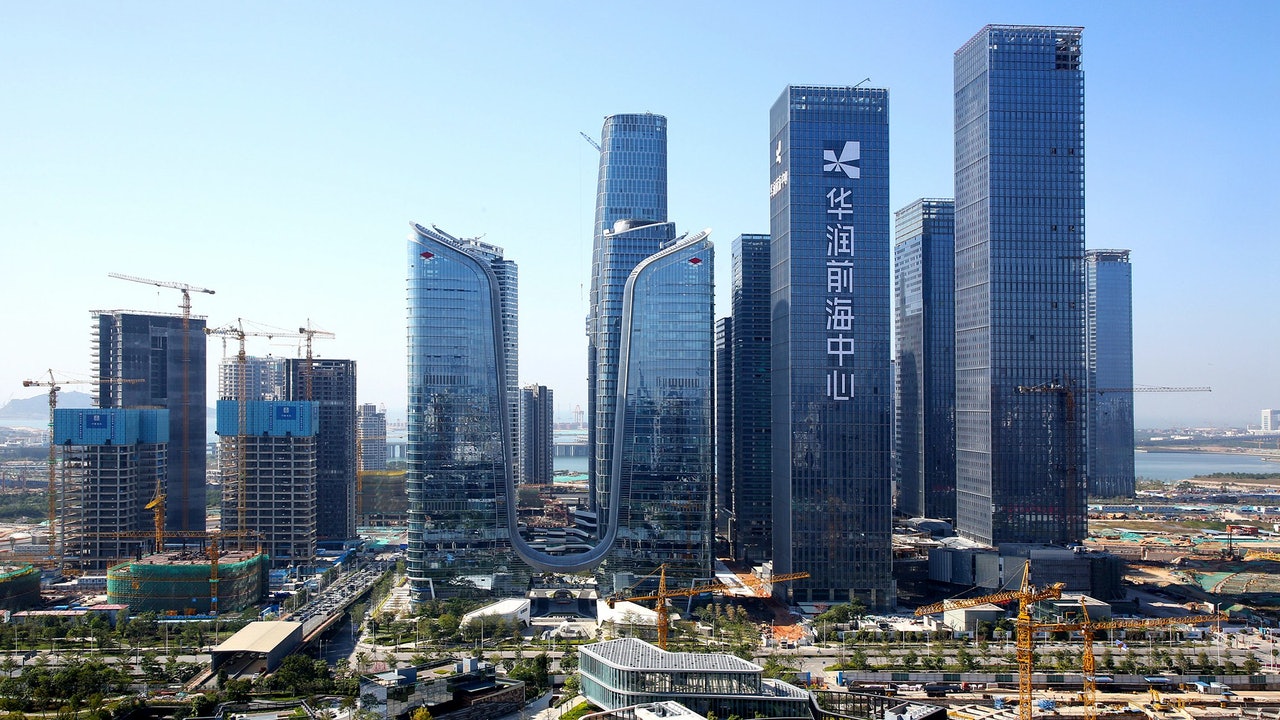 "One country, two systems" advances to "two systems in one" torture how Hong Kong elites can catch up with the pace of reform 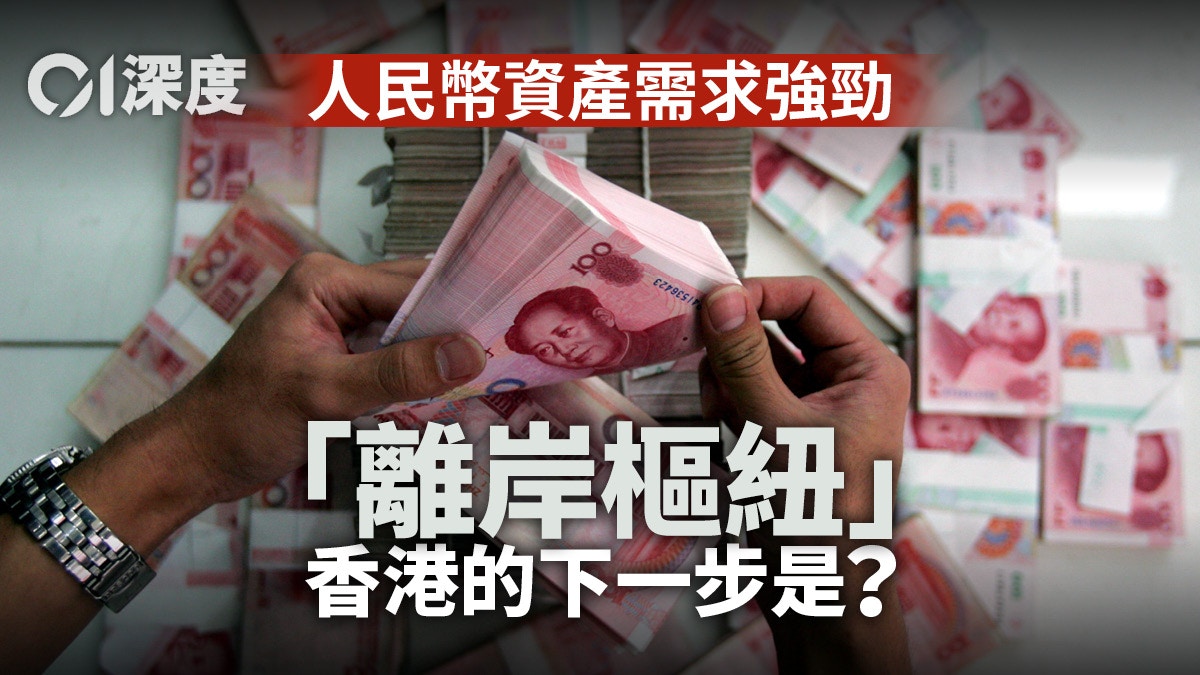 RMB internationalization "restarts", Hong Kong should advance "from 1 to N" through settlement, reserve, and pricing 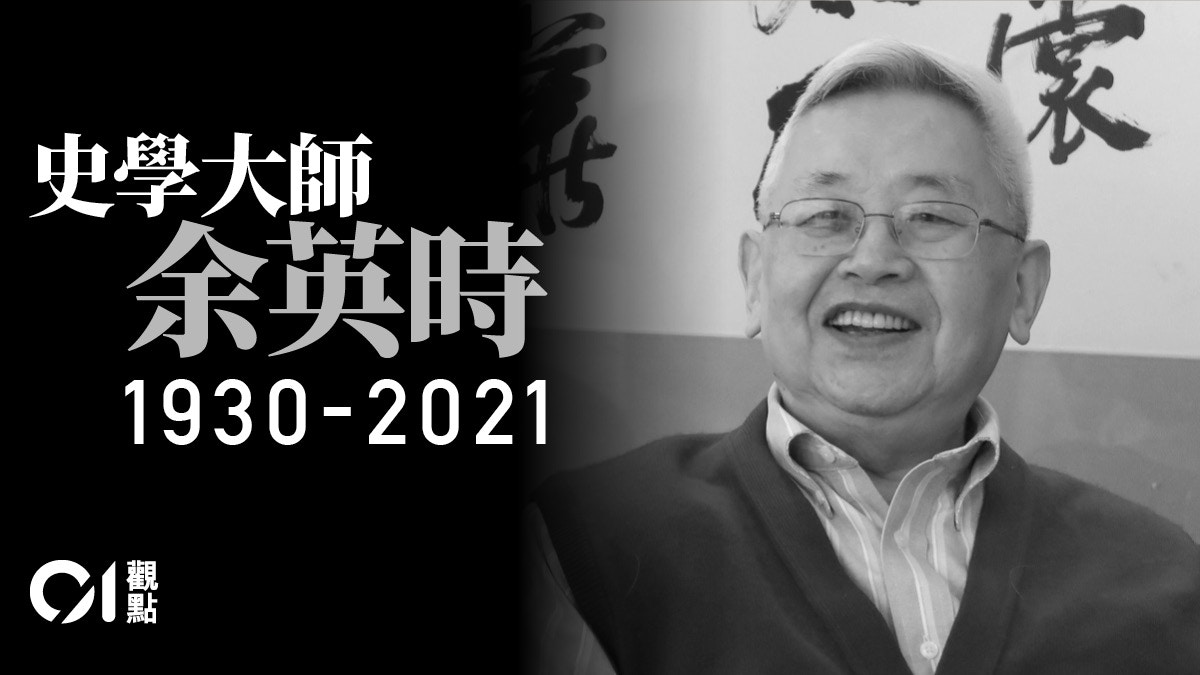 Yu Yingshi's whole life asks how to be a scholar 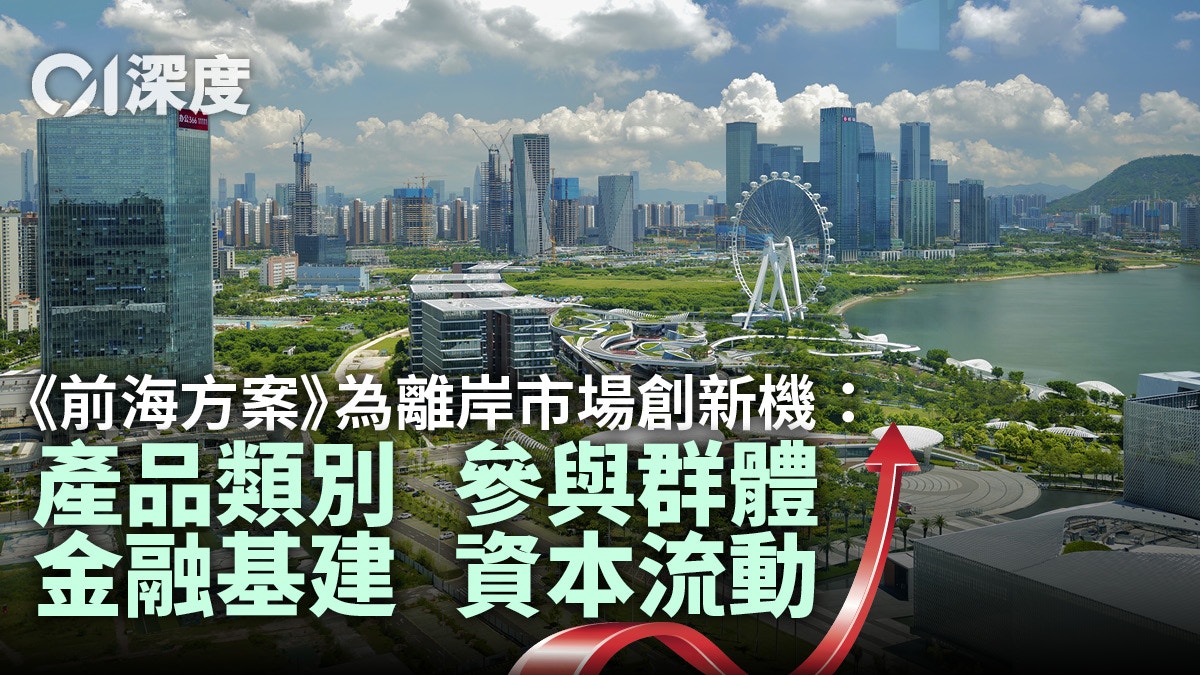