Education Secretary Yang Runxiong wrote an article on Monday (November 28) criticizing the "lying-up doctrine" for advocating a negative life mentality, which can easily cause depression and hinder social progress in the long run. The Education Bureau announced on Tuesday (30th) primary and secondary schools 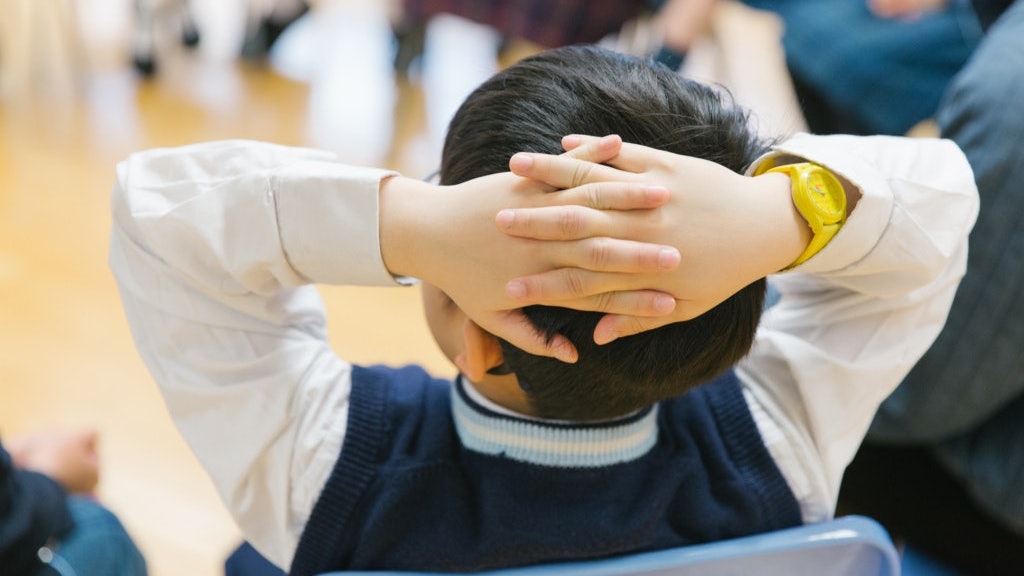 Education Secretary Yang Runxiong wrote an article on Monday (November 28) criticizing the "lying-up doctrine" for advocating a negative life mentality, which can easily cause depression and hinder social progress in the long run.

And Zou Bingen, a member of the Standing Committee of Values ​​Education of the Curriculum Development Council, pointed out on Wednesday (1st) that young people generally love to work, have a fluke mentality, have no goals, and consciously cannot buy self-occupied properties in the future, so they simply spend their time eating, drinking, and having fun.

He said that he had experienced a period of industrial and commercial take-off and development. He believes that hard work and striving to make progress are values ​​that must be upheld. Therefore, it is necessary to re-transmit the idea of ​​"hard work" to young people.

As a kind of culture, lying flat actually exists not only in schools, but also among parents, and it has even spread in society.

One of them, Xu Qu Yihua, a member of the Standing Committee of Values ​​Education and the principal of Fujian Middle School affiliated school, said that from time to time, parents said that they only want their children to be happy, and even said that they would leave their assets to their children.

However, these statements may give children the illusion that they do not need to work hard for the future life.

Within the first two months of school this year, there have been eight incidents of student falling or suicide suspected of suicide in Hong Kong. Parents may be worried that the children are under too much pressure, so they want to avoid it and adopt a "lying flat" type of parenting method. This is also the case. Makes sense.

However, excessive "laying flat" is not conducive to the future development of school children, and has the opportunity to affect the overall development of society. Therefore, it is necessary for the academic community to construct values ​​and outlook on life for school children to fill the loopholes and deficiencies in family education.

Xu Qu Yihua, the principal of the Fujian Middle School affiliated school, said bluntly that he noticed that both students and parents had a "lying down" mentality, and the situation was worrying.

"Lying flat" is the cause of the failure of society

In fact, "lying flat" has evolved into a social ethos, and students being blamed for not working hard seems to have become a crime of non-war.

The society has the responsibility to think deeply about why such bad habits have formed. In fact, Zou Bingen’s accusation may have revealed one of the reasons: the lack of hope in society makes it difficult for the citizens to live in peace.

Since Hong Kong’s economy began to take off in 1970, after the 1997 financial turmoil and the 2008 financial tsunami, property prices have not fallen back. In December 2020, the average property price index for residential buildings of 40 meters square feet or less was 15,372 per square foot. This is 2.5 times of the same period in 2010, and the median monthly salary is 18,200 yuan in 2020, which is 1.5 times that of 2010. This shows that the income increase of most residents has been drastically thrown away by the increase in property prices. Leave.

When society is simply unable to provide upper-class space for most citizens, the benefits of labor are not proportional to the results of labor, which will make the public lose their motivation to work hard.

To force students to refuse "lying down" seems to be a temporary solution, not the root cause, and it is difficult to stop the social "lying down" wind from continuing to blow.

It is necessary for social elites to realize that their success is largely a hero of the times, and it is precisely that they should be able to achieve the times and promote changes in the society as a whole, rather than just criticizing the students, and the result is the cause. 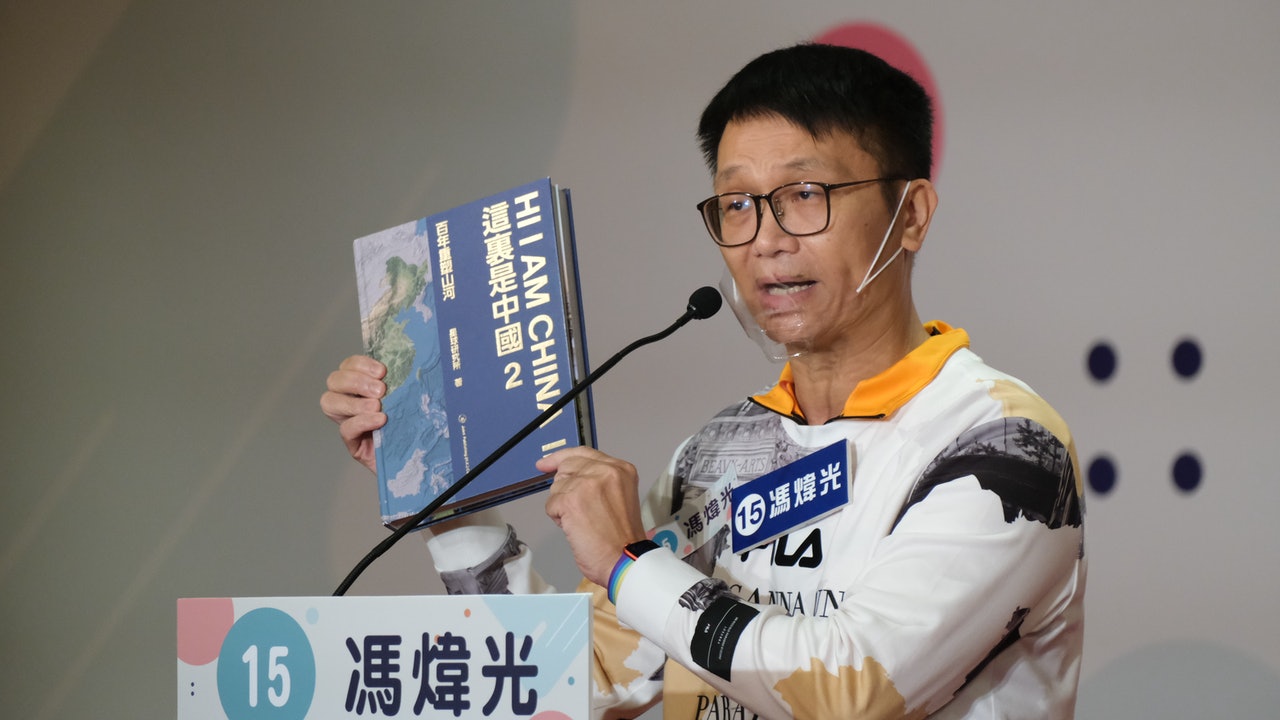 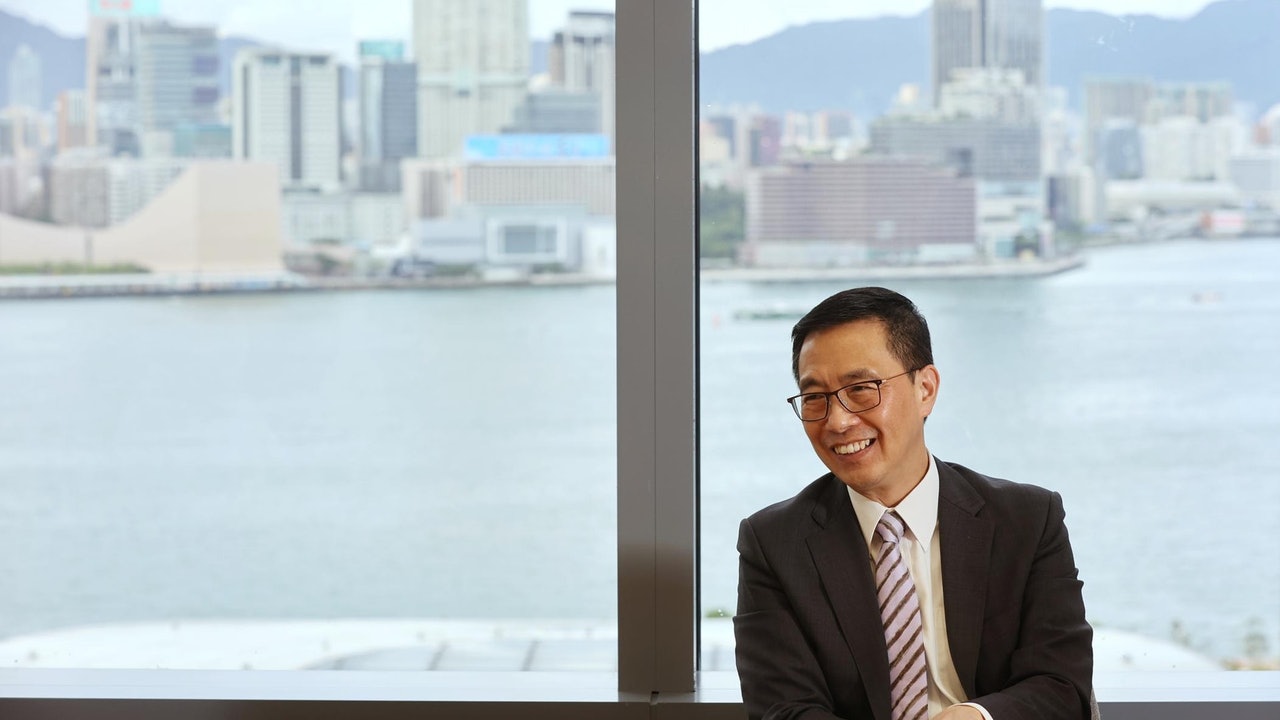 Say goodbye to lying flat, you can't just count on the school 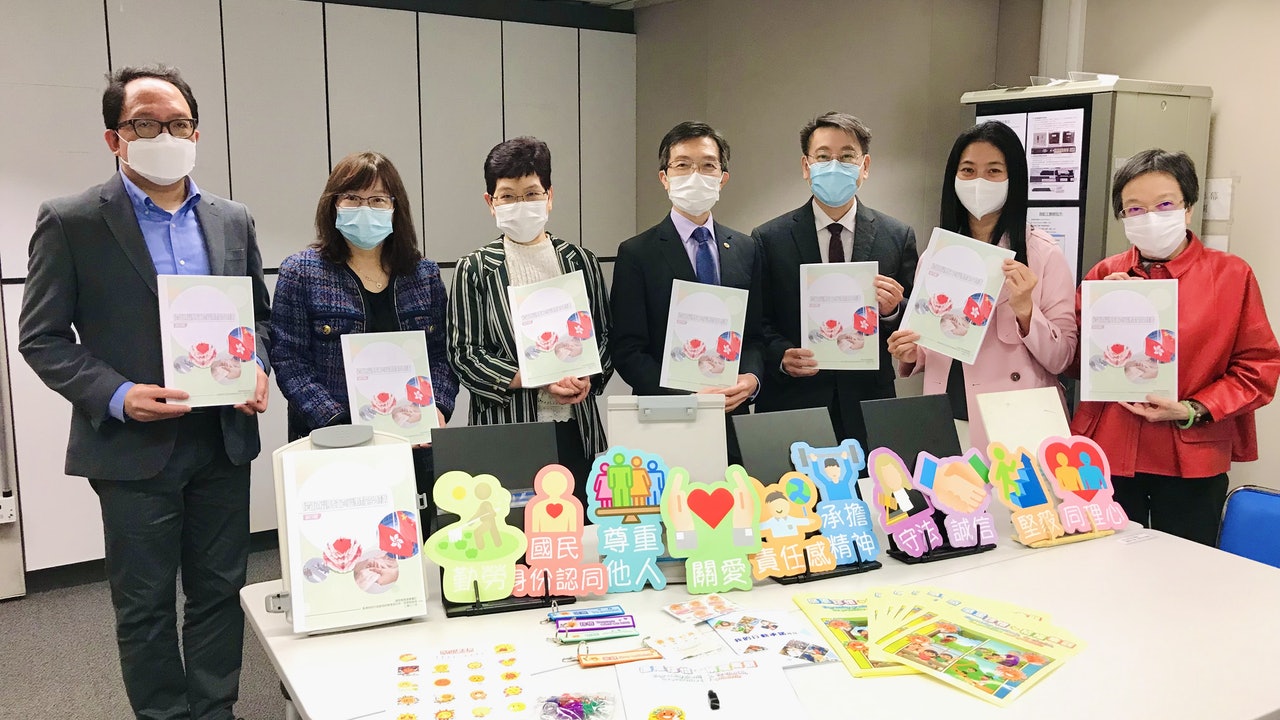 The Education Bureau's guidelines for fostering the values ​​of "hardworking" to deal with lay-flatism principals: even parents are negative 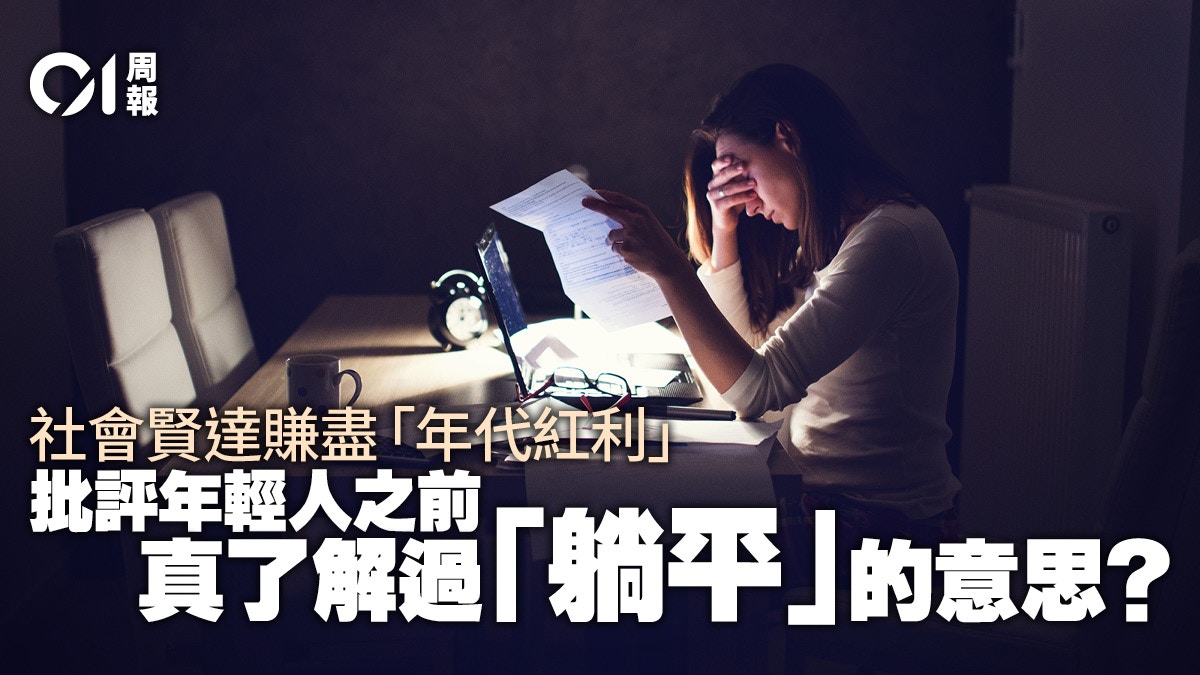 Who would want to lie down if there is a real right to choose? 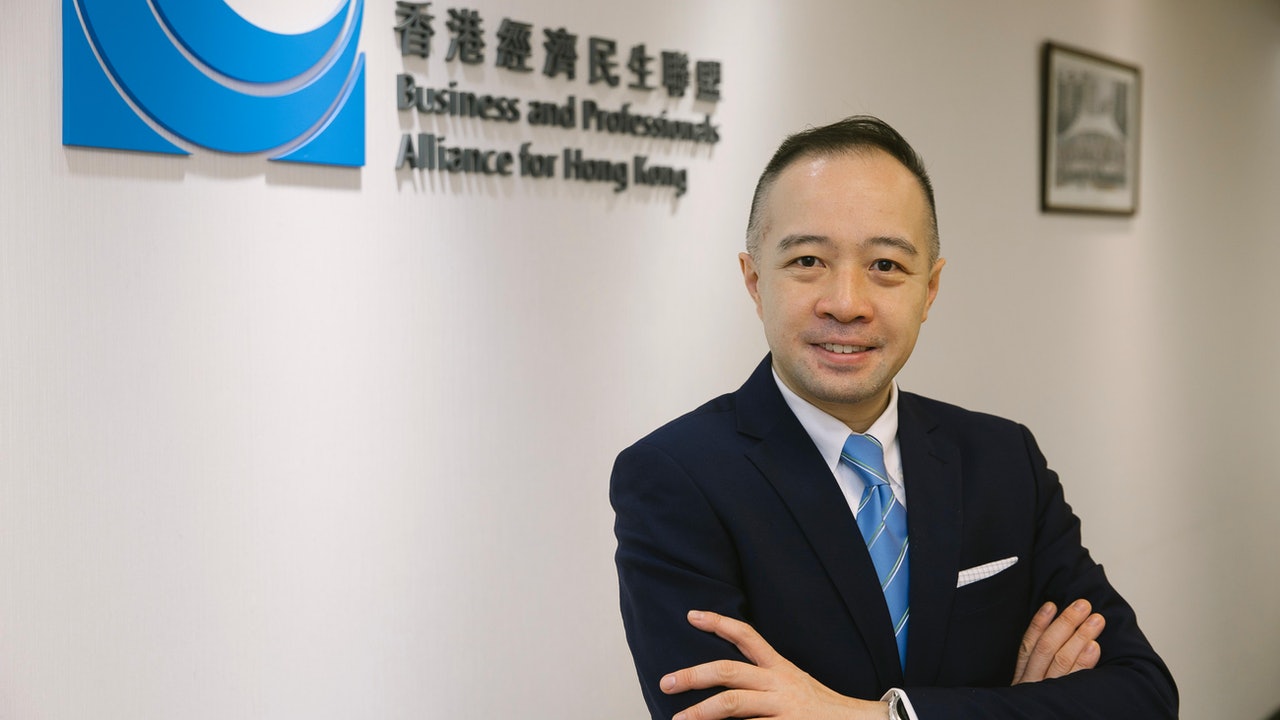 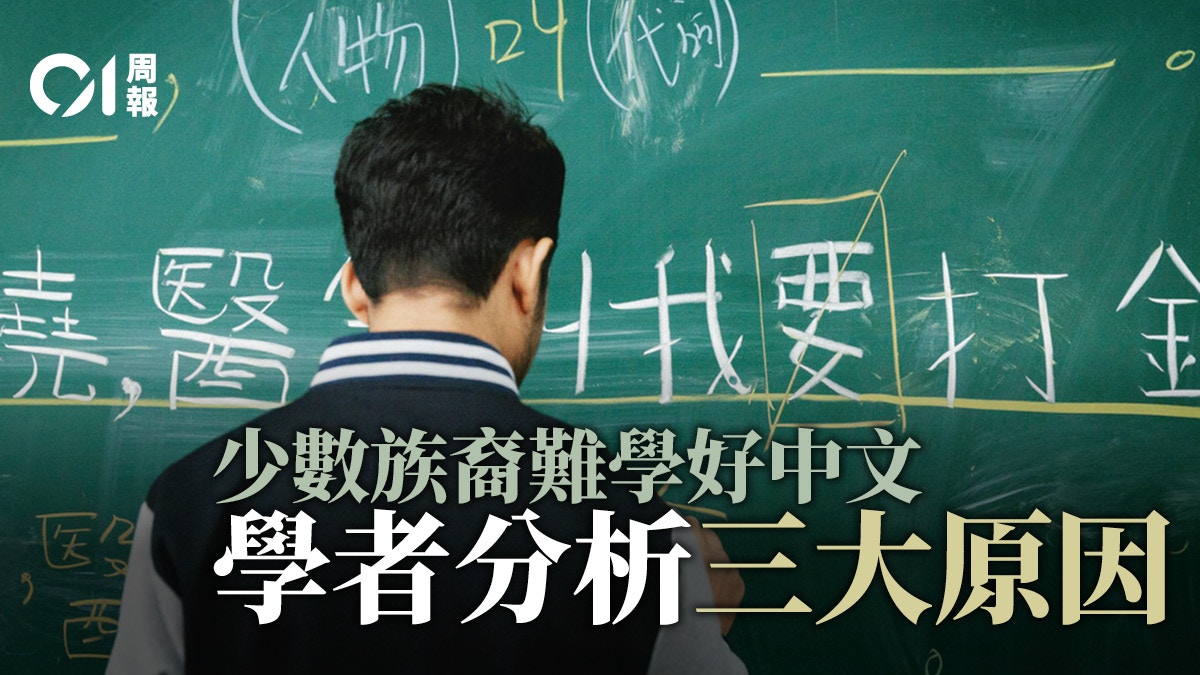 Minorities. Education｜The key to the success of Chinese language barriers 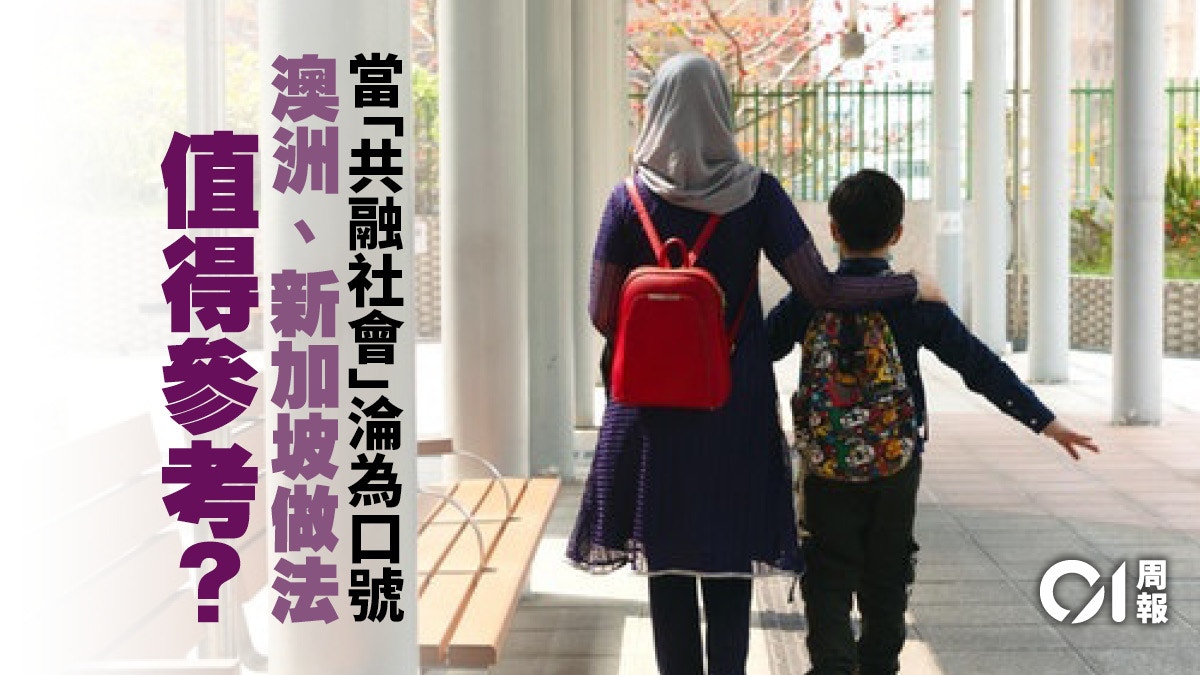 Minorities. Policy｜The situation in Australia and Singapore is more complicated. How to effectively promote inclusiveness? The hamster was blocked, and the Fisheries Department called the police and sent officers to guard the owner: the company knows why I can’t go back to work
2022-01-21T06:31:34.568Z