As-Suwayda, SANA- Three young men reap the fruits of their efforts over several months through reading circles for young people and adolescents. Three young men reaped the fruits of their efforts over several months through reading circles for young people and adolescents in their third round in the Directorate of Culture of As-Suwayda, whose results were announced today.

The ceremony of announcing the winners of the first three ranks Diaa Ghanem, Lilian Ghanem and Yara Aburas, which was held at the theater of the Palace of Culture in the city, culminated in the Fruits of Imagination activity, which was launched by the Life Skills Team in the Child Culture Department in cooperation with the Directorate of Culture and Hakaya Art Collective a few months ago with the aim of encouraging reading and reading.

The participants in the ceremony presented literary readings and discussions related to the books they had read before the jury.

The idea of ​​the competition is for each reader to submit a summary of the book he chose through multiple sessions, so that he must defend his vision and discuss it with the jury, which depends on the level of development of the readers.

The idea of ​​the event and its supervisor, the writer Mansour Harb Henedy, indicated in a statement to SANA reporter that the fruits of the imagination are a qualitative cultural event that aims to encourage reading. A young woman distributed among 25 original participants and 12 substitutes who were divided into 4 virtual reading episodes, the first included those who read one book per month, the second two, the third three, and the fourth four or more with the design of portals that allow readers to move between them, all the way to the center of the golden reader’s chair.

The director of Hakaya Gathering, a member of the jury, director Rifaat Al-Hadi, considered the event a contribution to creating awareness and culture among the young generation, noting the development of the participating students from one stage to another.

A member of the Writers Union and a member of the jury in the competition, Muhammad Tarabay, noted the high level of the contestants in presenting their presentations and readings of fiction and non-fiction books.

The coordinator of the Life Skills Team, responsible for child culture in As-Suwayda, Diala Al-Mulhim, explained that the event develops the skills of young people, nurtures their talents, and encourages them to read, especially in light of these circumstances in which some dark minds tried to spread their toxins, which proves the ability of our youth to build and create.

And high school student Diaa Ghanem, who got the rank of golden reader, found that his participation opened up new horizons for him and gave him a wider scope for reading through discussion with the jury, as well as the ultimate goal of encouraging reading. 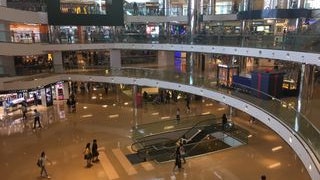 Vaccine Draw｜The fourth round of the General Chamber of Commerce draws results, the winners will be drawn again on 9.16 in the next round

Abdullahian: Iran will return to all its commitments in the nuclear agreement after the commitment of the rest of its parties to it
2022-01-17T21:18:56.172Z

Talents of scientific excellence tomorrow in the final qualifiers for the Syrian Scientific Olympiad
2022-01-17T20:36:10.862Z

Pillar of National Mourning｜Someone launched a flash mob to protest the removal of the Hong Kong University
2022-01-17T20:01:01.344Z

The extreme cold will continue alongside the rain that will return tomorrow - with a chance of snow in the Galilee and central mountains - Walla! news
2022-01-17T20:00:40.641Z