The Japanese attack on the United States at Pearl Harbor 80 years ago took everyone by surprise and opened another front in World War II. 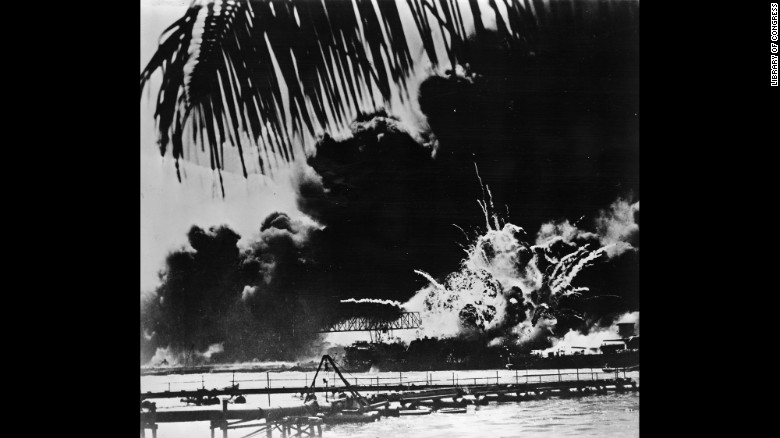 all ended in just one hour and 15 minutes.

More than 350 Japanese planes, heralded only by the deafening whine of their radial engines and temporarily covering the skies over Hawaii, emerged from the north and launched over the port of Pearl Harbor on the island of Oahu.

Although World War II was in its third year, and practically no corner of the world was left without feeling its effects, the United States remained neutral and there was peace with Japan.

But the attack on Pearl Harbor, which marks 80 years, would change all that and would add the Pacific front to a conflict that was already devastating Europe, North Africa and China, and in which no ocean seemed too far away. the German submarines.

Smoke and flames flood the ship USS Shaw at the Pearl Harbor base after the Japanese attack, which occurred on December 7, 1941. The Japanese Imperial Navy launched its surprise blow against the United States naval base, located in the port. off the island of Oahu in Hawaii.

The assault killed more than 2,000 Americans and destroyed a significant number of battle ships and aircraft.

Crew members of the Japanese aircraft carrier Hiryu prepare the combat aircraft before taking off to attack Pearl Harbor.

This is believed to be an image of the first bomb that fell in the attack on Pearl Harbor - it shows a Japanese aircraft pulling away from the blast site.

Pilots from Hickam Field Air Force Base in the United States watch the bombs explode.

This place was heavily attacked during the Japanese offensive, whose bombardments sought to prevent a response from the United States forces.

For this reason, they disabled all the American planes that were on the ground.

Plumes of smoke engulf the battleship USS Arizona as it collapses before sinking off Pearl Harbor.

The US Army B-17E team lands on December 7 at Hickam Field Air Force Base.

The place suffered heavy losses of personnel and aircraft during the Japanese attack.

A fire spreads through Army barracks at Hickam Field Air Force Base.

Fuel burning on the surface of the ocean surrounding the Naval Air Station shortly after the attack on Pearl Harbor.

In flames, a Japanese plane takes a nosedive after it was hit by a United States anti-aircraft gun.

The battleship USS California stalls at the bottom of the harbor after being bombarded and torpedoed by the Japanese.

Wives of US officers return to their residences after an explosion at Pearl Harbor.

A rescue ship recovers a sailor from the fire on the USS West Virginia.

Without a declaration of war (the document would reach Washington after the attack), Japan launched on December 7, 1941 a surprise attack against the United States Pacific Fleet stationed at Pearl Harbor, in order to knock it out of action.

The consequences were unimaginable.

What was Japan looking for with this attack?

The Empire of the Rising Sun hoped to prevent an intervention by the United States in its offensives in resource-rich Southeast Asia, and especially in the war that it fought against China since 1937, in which Washington supported the Chinese nationalist government in its resistance to Japan. .

"Japanese military planners envisioned Pearl Harbor as one of a series of simultaneous peripheral operations to ensure victory in China," wrote naval strategy specialist Sarah C. Paine in her book "The Japanese Empire."

The crew of a Japanese aircraft carrier salutes as a plane takes off to bomb Pearl Harbor on the island of Oahu.

In Japan's initial strategy, the inevitable confrontation with its enemy on the other side of the Pacific, the United States, was to occur in Japanese territorial waters.

There, it was hoped, a powerful fleet could deliver a coup de grace to the enemy squadron, already weakened by submarines from the beginning of their journey from Pearl Harbor to combat, as reconstructed by the American historian John Toland in his book "The Rising Sun "(The rising sun).

But in the early 1940s, when technological and tactical advances showed the potential of aircraft carriers, Admiral Isoroku Yamamoto, commander of the Japanese navy, devised a change in strategy: The American fleet could be devastated in its port at Pearl Harbor. before it sailed.

The time it would take for the United States to replace the losses would be long enough for Japan to conquer and entrench all of Southeast Asia, Toland says.

The Japanese also had a precedent in their history: the surprise attack on the Russian fleet at Port Author in 1904, which started the Russo-Japanese war that culminated in a landslide victory for Tokyo.

A great Japanese offensive in Asia

Indeed, Pearl Harbor was just one of a series of coordinated attacks launched by Japan against the positions and interests of the United States, the United Kingdom, and other Western powers in the Pacific, as well as other countries in the Southeast Asian region.

The Philippines, Guam and Wake, controlled by the United States;

Malaysia and Hong Kong, controlled by the United Kingdom;

and the Dutch East Indies, controlled by the Netherlands.

77 years later they identified a fallen in Pearl Harbor 0:53

And on December 16, he expelled the British and Dutch from Borneo.

"Pearl Harbor is an American simplification. On December 7-8, 1941, Japan attacked not only Hawaii, but also British and Dutch interests across the Pacific in what turned out to be the most successful simultaneous attacks in American history. humanity, "Paine noted.

The blow to the United States fleet in the Pacific

Yamamoto and Captain Minoru Genda conceived the surprise attack, largely inspired by a similar operation launched by the United Kingdom against the Italian fleet at Taranto in 1940.

According to data from the United States National Museum on World War II, 353 Japanese combat aircraft participated in the attack, including 131 dive bombers, 103 bombers, 79 fighters and 40 torpedo bombers.

A Tour of the Pearl Harbor Tribute 0:44

There were two waves, each made up of about 180 planes, according to this same source.

The first attacked Pearl Harbor at 7:55 am in the morning, and the second arrived on the island at 8:50 am.

Big losses, which could be worse

An hour and 15 minutes after the start of the attack, 19 US warships had been seriously damaged or sunk, including 8 battleships, in addition to 169 aircraft destroyed.

Although three United States aircraft carriers, the nucleus of the Pacific Fleet, had set sail days before to carry out maneuvers and were saved from the attack.

December 7, 1941: A view from a Japanese plane shows Pearl Harbor during the attack.

The Japanese, for their part, lost 29 planes and submarines, with a total of 129 dead and one captured.

The attack took the Pearl Harbor garrison by surprise.

Japan had tried to deliver a declaration of war hours before the attack, so as not to violate the 1907 Hague Convention and, at the same time, not give the United States time to prepare.

But there were delays and the message was not delivered to the government in Washington on time: the attack had already begun, as the Japan Center for Asian Historical Records (JACAR) recalls.

There were, however, two notices that were not taken into account.

The USS Nevada on fire at Pearl Harbor.

The first came on December 6, when cryptologists from the United States intercepted and deciphered a message from the Japanese that spoke of ship movements and their positions in Pearl Harbor.

But his superiors did not take it urgently.

The second came on the same day as the attack, when a radar operator on Oahu detected a huge formation of aircraft approaching.

But his superiors believed that it was a group of American B-17 bombers that were in flight at the time.

What happened after Pearl Harbor?

In the months following Pearl Harbor, Japan continued to advance in Southeast Asia, China, and the Pacific.

But in June 1942, some six months after Pearl Harbor, the US and Japanese carrier fleets collided around Midway Island, sealing a catastrophic defeat for the Japanese empire: four of its carriers were sunk in a short time by US embarked planes.

Black clouds of smoke billow from burning planes on a military airfield near Pearl Harbor.

"The Chinese, however, lacked the ability to threaten the Japanese islands. The United States, of course, could and did."

From Midway, the United States took the initiative, mobilized its countless resources, and launched a long offensive campaign in the Pacific that would culminate in September 1945 with the dropping of two atomic bombs on Hiroshima and Nagasaki, and the Japanese defeat.

The Empire of Japan would formally fall two years later, with a new constitution drawn up in the midst of the occupation.

At the end of the conflict, Japan had suffered 3,100,000 deaths on all fronts, including 800,000 civilians, according to the Japanese Kyodo agency.

"Why did a country the size of California launch the suicide attack on Pearl Harbor that involved it in a fight to the death with an enemy ten times stronger?" Toland wondered at the beginning of "The Rising Sun". 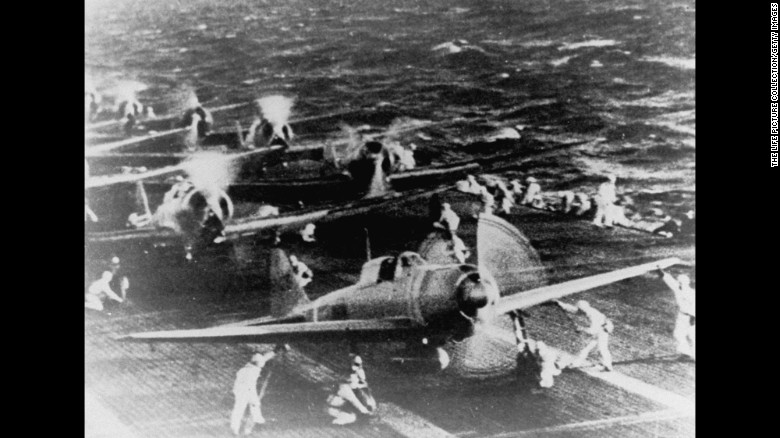 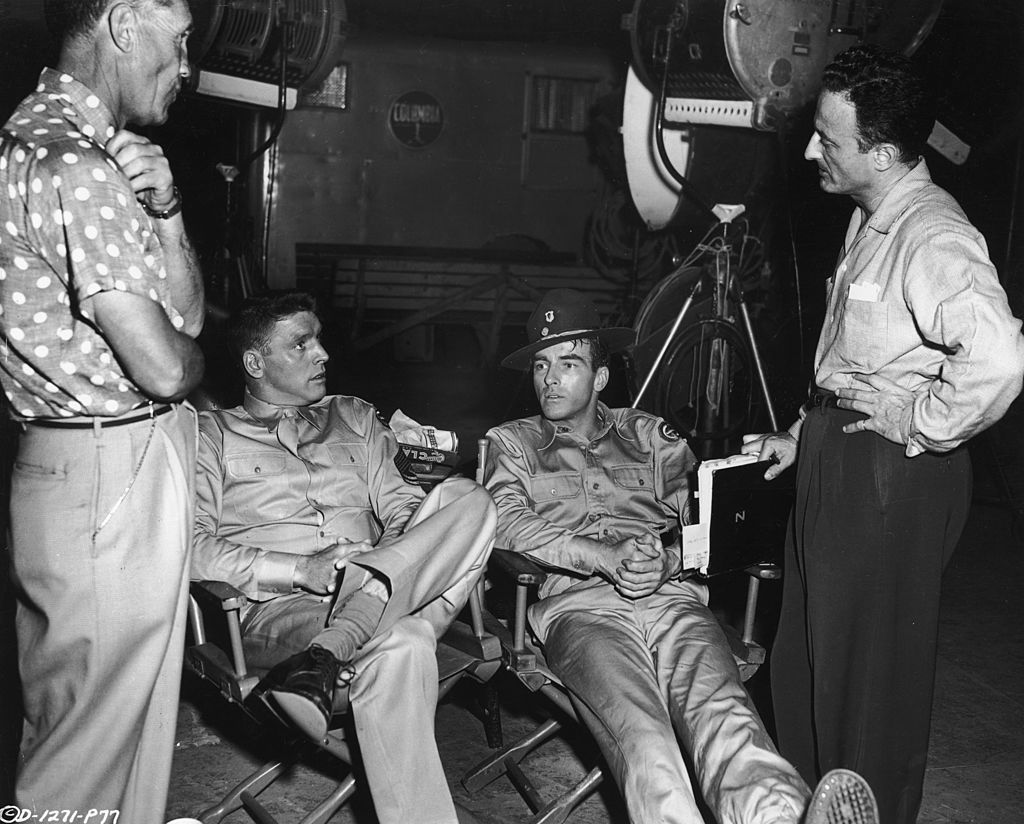 Pearl Harbor in the cinema: four films about the Japanese attack of 1941

Pearl Harbor in the cinema: four films about the Japanese attack of 1941 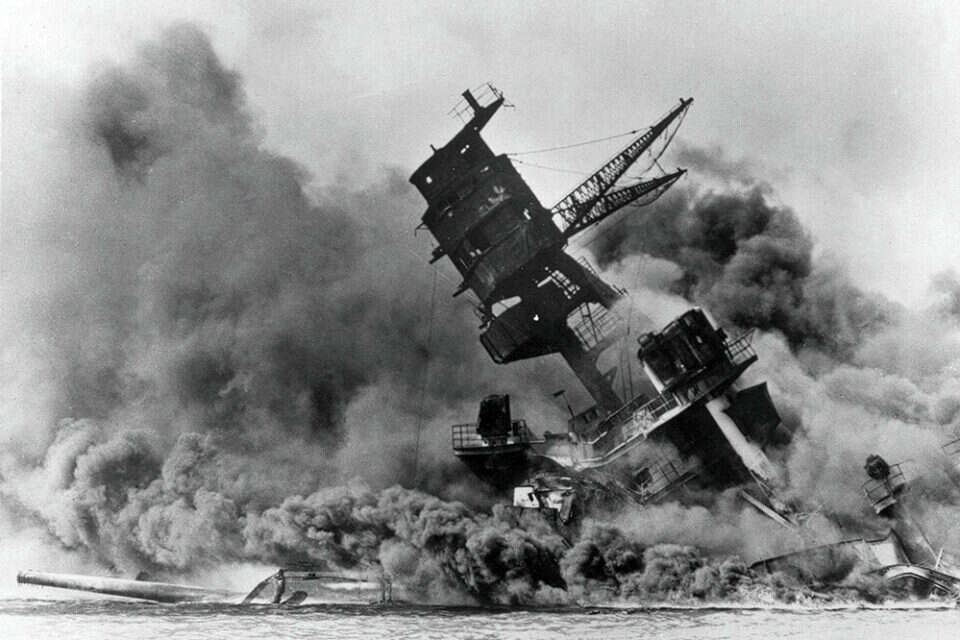 Back to Pearl Harbor: 80 Years After the Japanese Attack - The Story of the 101-Year-Old Survivor | Israel today 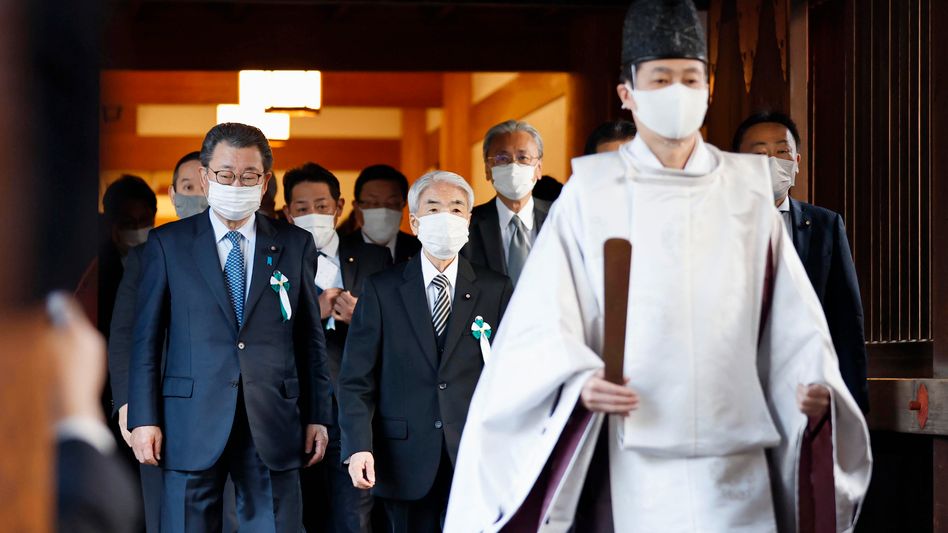 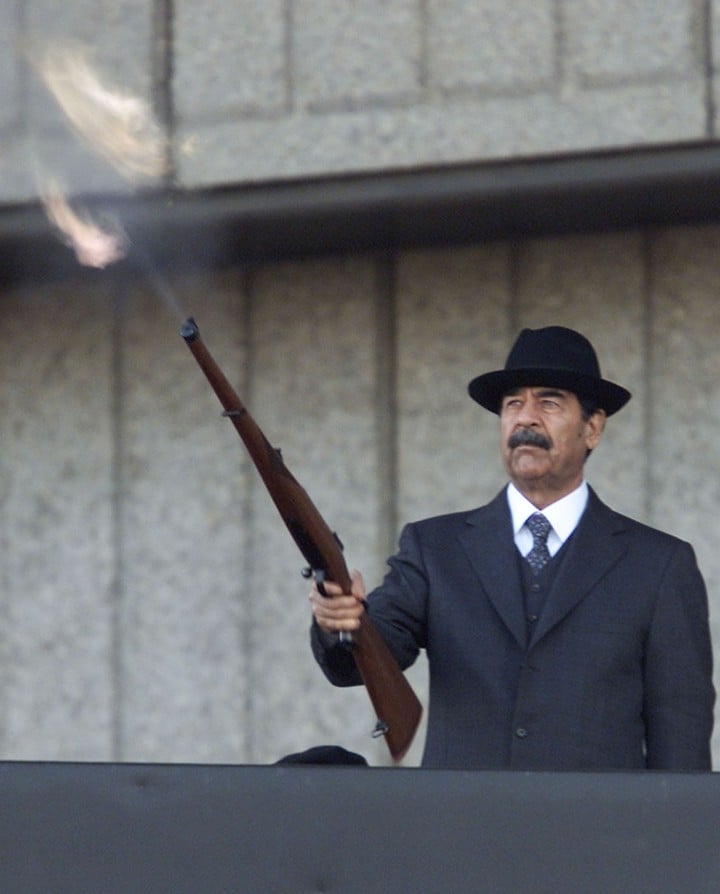 What did 9/11 change for US power and for the world that followed?