Against the background of a young murder from Umm al-Fahm: shooting and riots in the city Israel today 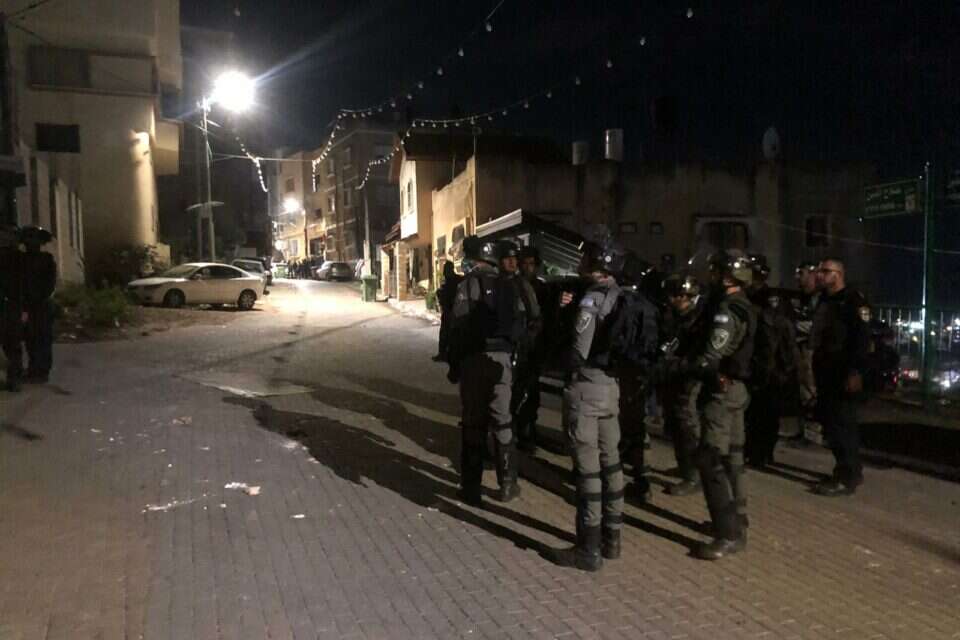 Violence in the Arab sector:

Riots in Umm al-Fahm over the murder of a young man from the sector // Photo: People of Silence

A report was recently received of rioters arriving at a compound in the city where a family in conflict with their family was staying.

According to the suspicion, the rioters set fire to a building inside the compound and at the same time fired and threw stones at other houses near it.

Large police forces that arrived at the scene under the command of the area commander - Sergeant Eitan Menashe entered the compound and dispersed the rioters using means to disperse demonstrations.

Earlier today, a shooting was reported in Umm al-Fahm during which two occupants of the vehicle were shot.

One of the passengers died of his wounds at the hospital and the other was seriously injured.

As a result of the shooting, the driver of the vehicle apparently lost control of his vehicle and hit a truck that was passing on the road.

Against the background of a young murder from Umm al-Fahm: shooting and riots in the city Israel today

Two border fighters were run over during an operation in Umm al-Fahm - the suspects were shot by the police - Walla! news

Umm al-Fahm on fire: Massive firing and arson in buildings in retaliation for the murder in Umm al-Fahm - Walla! news

After the liquidation and arson of the houses: Six residents of Umm al-Fahm arrested | Israel today

A 6-year-old boy was seriously injured by gunfire at a vehicle in Umm al-Fahm - Walla! news

Following the wave of murders in the city: Hundreds demonstrated in Umm al-Fahm - Walla! news

CityU refers to eight undergraduate students who are not admitted to the Student Union. Prospective students can directly apply to the school to borrow the venue.
2022-01-24T19:38:58.293Z

The president of the Senate asks that the distribution of European funds be addressed outside the "partisan debate"
2022-01-24T19:21:37.042Z