Belarus puts pressure on refugees: "Deportation or back to the border"

Alexander Lukashenko's regime is increasing the pressure on refugees, report Syrians and Iraqis. The warehouse at the border should be cleared soon, it is said. But by no means everyone can go back home. 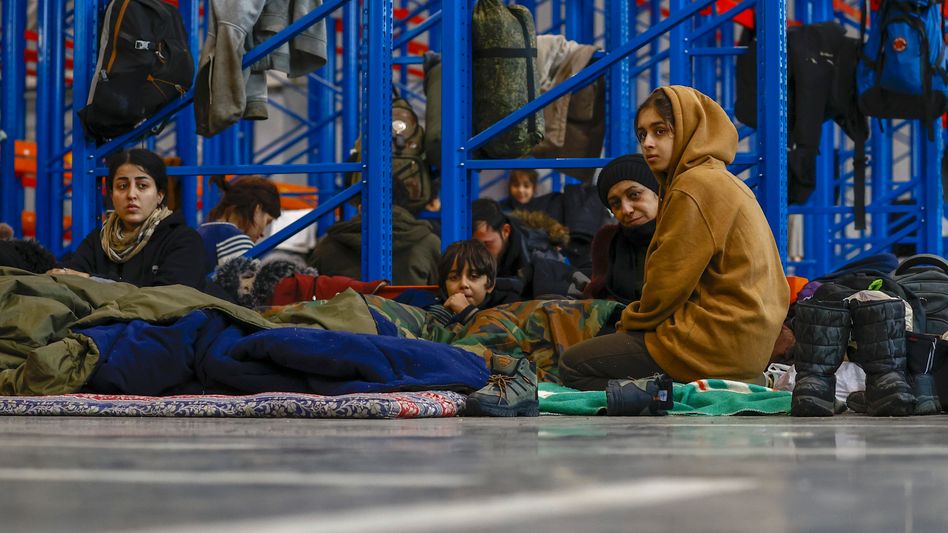 Refugees in the warehouse in Bruzgi, Belarus on the border with Poland

Kheder tries to speak calmly when he calls from the warehouse in Bruzgi.

The Syrian and around 1,700 other refugees are still stuck in the Belarusian town, about one kilometer from Poland.

Two men, one in the uniform of a border official and one in civilian clothes, came to him.

"You have to decide: either you will soon be deported or taken to the border."

It was hardly more than a week ago that the ruler Alexander Lukashenko presented himself in the midst of the migrants in Bruzgi and promised to support them.

But now the regime seems to be changing course and wanting to push the people from the Middle East out of the country.

Death on the border or death at home

"You are now giving us the choice between death at the border in sub-zero temperatures and death at home." More than twelve people have now died in the border area.

Kheder says he doesn't want to be used again to put pressure on Poland.

And he cannot easily return to Syria either, the security authorities are looking for him there.

Like his colleague, he refused to take part in the presidential election in May.

The man has since disappeared.

Kheder's desperate phone call is not an isolated incident.

Several Syrians and Iraqis reported to SPIEGEL independently of one another about ultimatums that Belarusian security officials gave them on Friday.

It was always said: "Deportation or back to the border".

"We have to clear the hall in three days," a man in an olive-green uniform told him, writes Jaf, 28 years old, from Northern Iraq.

Mhamad, 40 years old, husband and father of three, also from Iraq, says: "We should all go, they threatened." The European Union hadn't promised Minsk any help, so people had to go now, they said.

This week the EU imposed new sanctions on the Belarusian leadership, making it clear to Lukashenko that it will not allow himself to be blackmailed by him.

For months he had lured people from the Middle East into the country with tourist visas and paved the way for them towards the EU - with the intention of being able to negotiate the easing of punitive measures.

This strategy did not work.

Lukashenko had spoken several times that Berlin should accept 2,000 refugees, but the German government refused.

Instead, Brussels has made funds available for humanitarian supplies and return flights for the people.

Hundreds of people are waiting for the plane from Erbil

In the meantime, dozens of Iraqis from the Kurdish areas have left the hall at the border, reported several interviewees. The people were taken to the airport in Minsk. Hundreds of people had been there for days, and hundreds more came on Friday, as Abdul from Erbil counts on the phone. "Some of the people were taken from their homes by the police, some were arrested by civilian officers in front of ATMs in the center and brought here."

Pictures sent by refugees showed how people slept close together on the floor. The airport provided only water, as Abdul says. On Saturday afternoon, an Iraqi Airways plane with more than 400 passengers on board finally left Minsk for Erbil. But there was no more room in the machine for other people like Abdul, who also wanted to go back. It is unclear when another plane from Iraq will come to Belarus, including who will take care of the people. Many haven't eaten in days, says Abdul. So far, Iraq has flown out a total of more than 2,000 people.

Abdul had volunteered at the Iraqi embassy for the return flight: "The risk was too high for me to try to cross the border now in winter." But people are still trying to get into the EU, like the Polish border guards reports every day.

Thousands of refugees are still in Belarus.

Very afraid of being discovered

The Syrian Kheder sounds more and more desperate on the phone.

Belarus is becoming more and more of a trap for him and other Syrians.

"Where should we go?" Very few believe that he and others could get asylum in the country.

In addition, they would then have to turn to the Belarusian authorities, but no one trusts them anymore.

That is why Syrians are hiding like Zyad, who asks not to write his real name. He is very afraid of being discovered and arrested. He comes from the Syrian city of Kusseir in the Homs area and has lived in Lebanon for the last few years. When he flew from there to Minsk in September, the border officials stamped an entry ban on his passport - he is now banned from entering the country for three years. They didn't want to tell him why he was no longer allowed to do that, says Zyad.

At that time he still believed he could make it to Poland.

But now, after nine attempts, the 38-year-old has little hope.

He said he stayed wedged between Polish and Belarusian troops in the no man's land for 28 days, drank water from pools and had nothing to eat.

Now the Syrian is hiding in a small town near Minsk.

He said he was no longer able to pay the rent in the Belarusian capital.

How it goes on?

Belarus: Hundreds of migrants continue to hope that the border will be opened 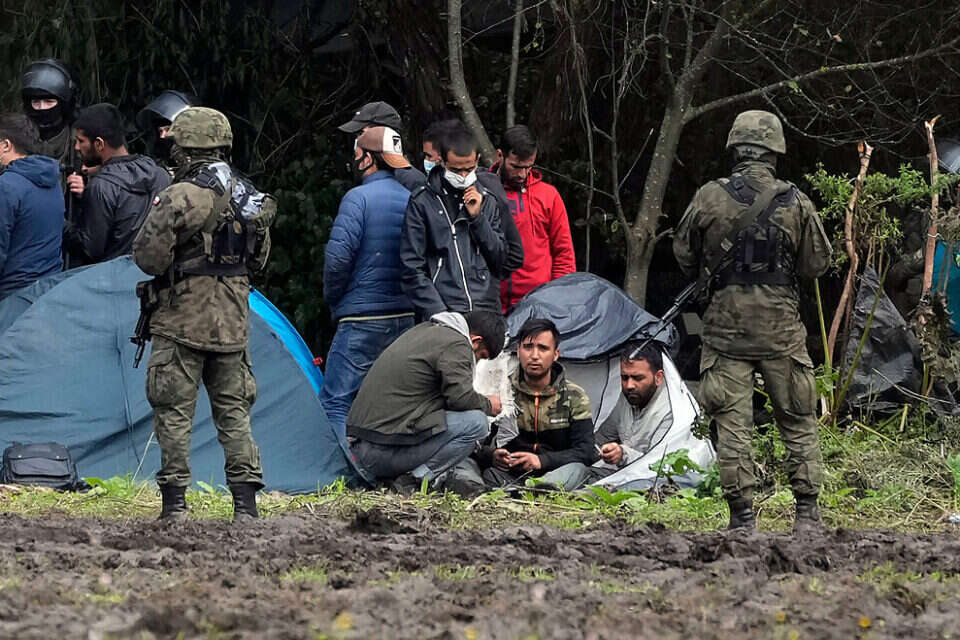 Controversial Migration: This is how Lukashenko's secret weapon 'threatens to cause a crisis in the Union Israel today

Belarus puts pressure on refugees: "Deportation or back to the border" 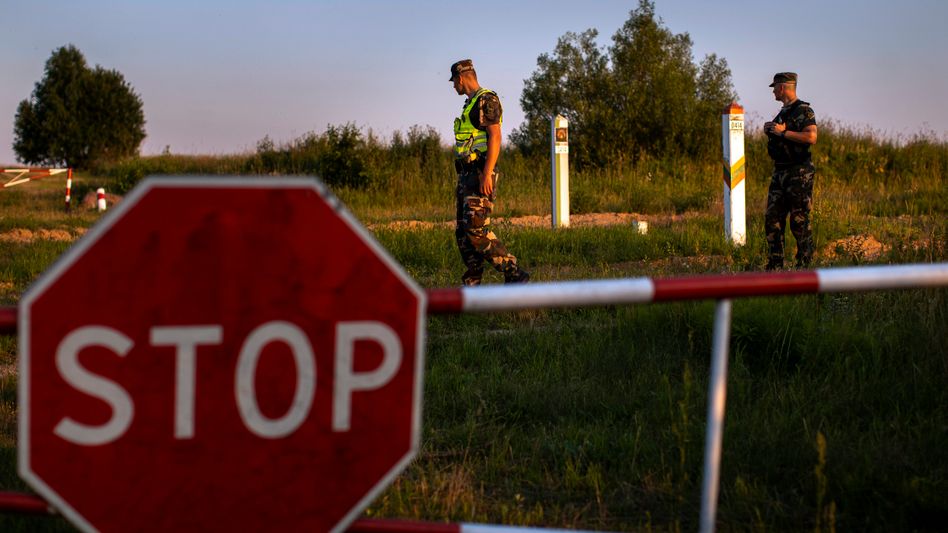 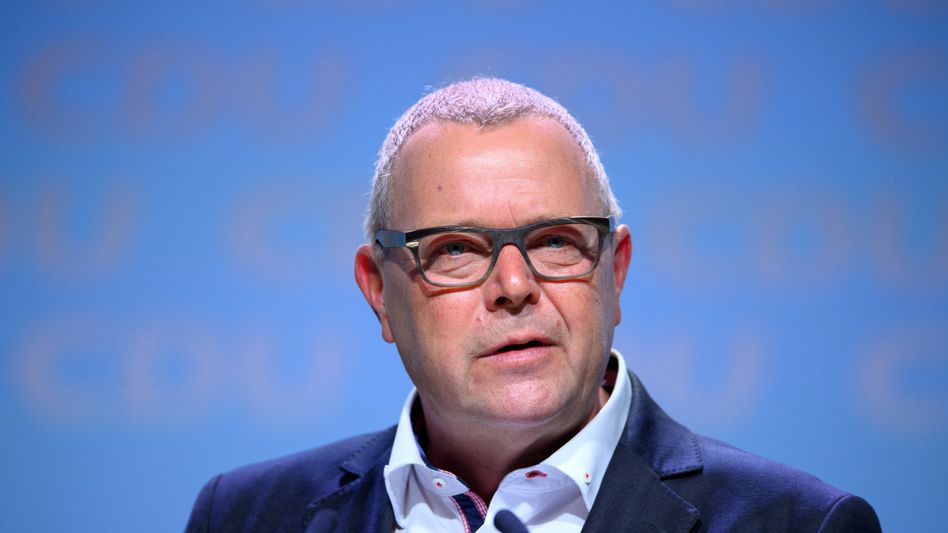 Lukashenko's Revenge: Migration as a Weapon? The first consequences can also be felt in Germany

Lukashenko calls on Germany to take in refugees

The northeast monsoon will hit the observatory tomorrow morning, and it is expected to drop as low as 15 degrees on Tuesday after four consecutive days of rain
2022-01-16T05:17:43.823Z

Corona in intensive care units: Data finally shows that the proportion of unvaccinated people is really that high
2022-01-16T05:11:45.805Z

Lauterbach responds to a "provocative question" about compulsory vaccination - a remarkable sentence about children follows
2022-01-16T05:05:37.632Z