Loud shouts, posters, burning torches: around 30 people have gathered in front of the house of SPD politician Petra Köpping. The police took personal details, the SPD condemned the march. 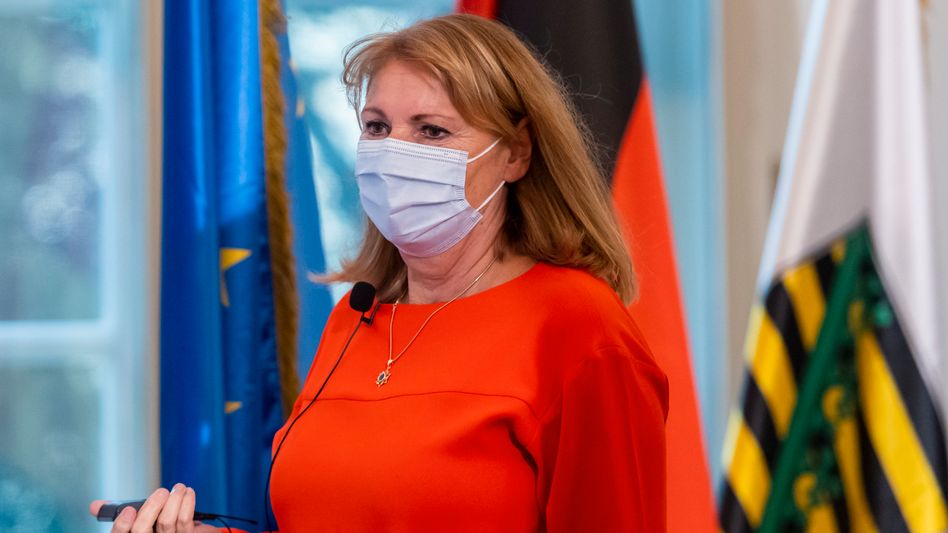 Opponents of the corona policy protested in front of the home of the Saxon Health Minister Petra Köpping (SPD) on Friday evening.

According to her information, around 30 people gathered in front of the house in Grimma, shouting loudly with torches and posters.

When the police arrived, the people fled in several vehicles.

15 cars were stopped by the police and the identities of 25 people were established.

The police have reported the violation of the Assembly Act and are investigating violations of the Corona Ordinance.

Due to the dramatic pandemic situation, according to the Saxon Corona Emergency Ordinance, only gatherings with a maximum of ten people are currently allowed in the state - and only at a fixed location.

The SPD Saxony as well as the SPD federal chairmen Saskia Esken and Norbert Walter-Borjans condemned the march in front of Köpping's house and expressed their solidarity with the minister.

Esken wrote on Twitter: "Even if the few Hansel try to spread fear and horror: the rational and willing to take responsibility are the great majority, and they are by your side!"

Walter-Borjans tweeted on Saturday morning: “What happened yesterday in front of Petra @Koepping's house has nothing to do with worry and the urge for freedom. This is fascist in its manner and appearance. ”He went on to write:“ Now at the latest, everyone on whose behalf this mob claims to act must clearly demarcate themselves from those who are shaking the very foundations of our democracy. It's not the beginning that we have to fight back for a long time. ”In a tweet from the Saxon SPD it was also said:“ We show full solidarity with @Koepping! There shouldn't be such images and deeds! "

On Friday evening there were protests against the Corona course in several Saxon locations. The police in Dresden are preparing for a large-scale operation. A demonstration against the corona measures is expected in front of the state parliament on Monday. The police announced a "tougher pace". She was recently criticized because corona deniers marches were able to take place almost unmolested despite the police presence.

The state parliament wants to decide on Monday on the determination of the epidemic situation in the Free State.

With this, the government wants to achieve legal certainty for the continuation of existing protective measures and their possible expansion.

It already prescribes stronger restrictions than in many other federal states.

Saxony has been hit particularly hard by the fourth wave of the pandemic. 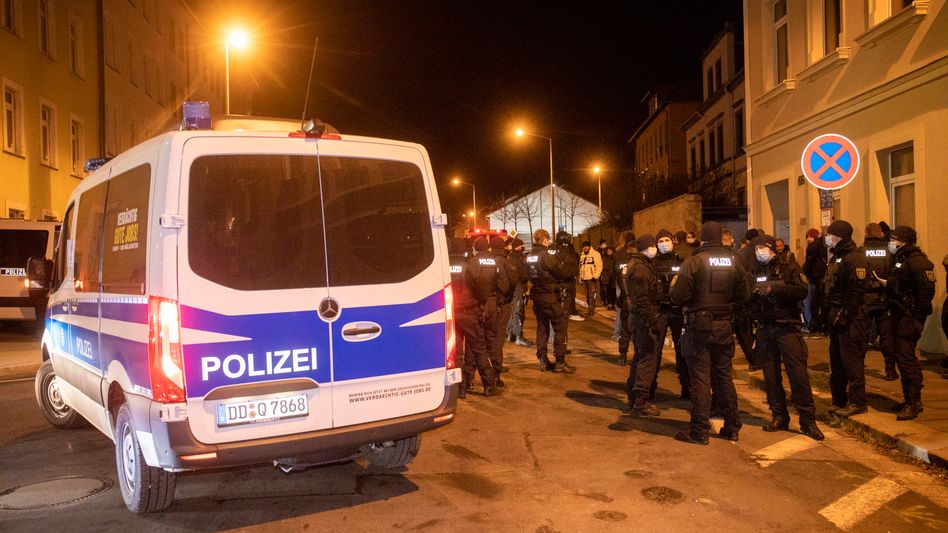 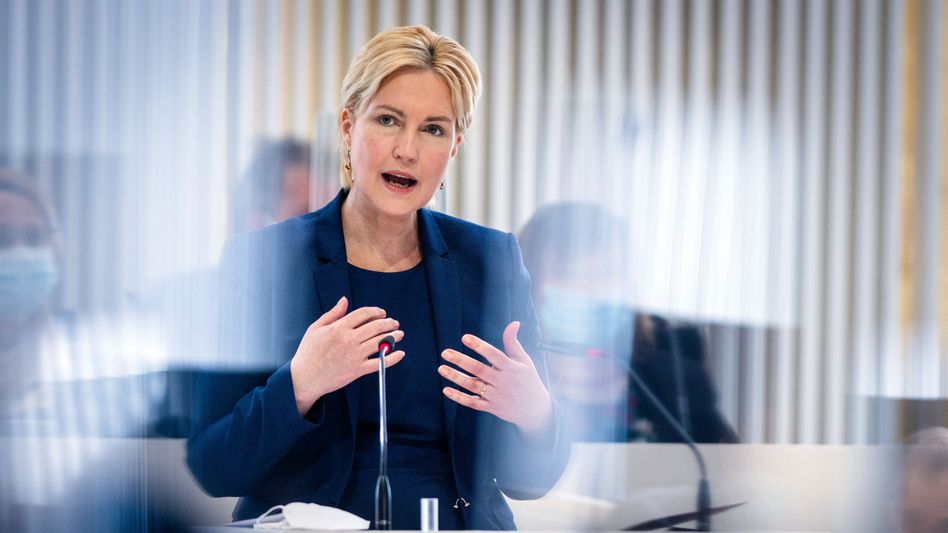 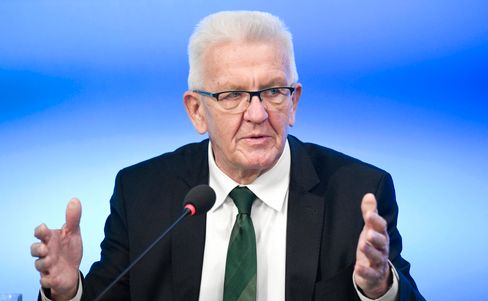 Reactions to the torch march in Saxony: "These are methods that the SA invented"

Strobl on radical protest: "This is how terror begins" 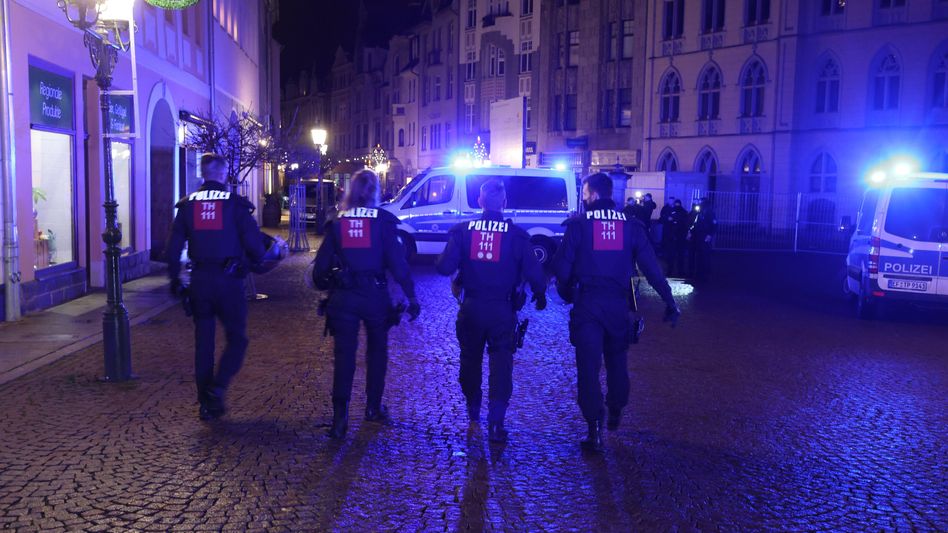 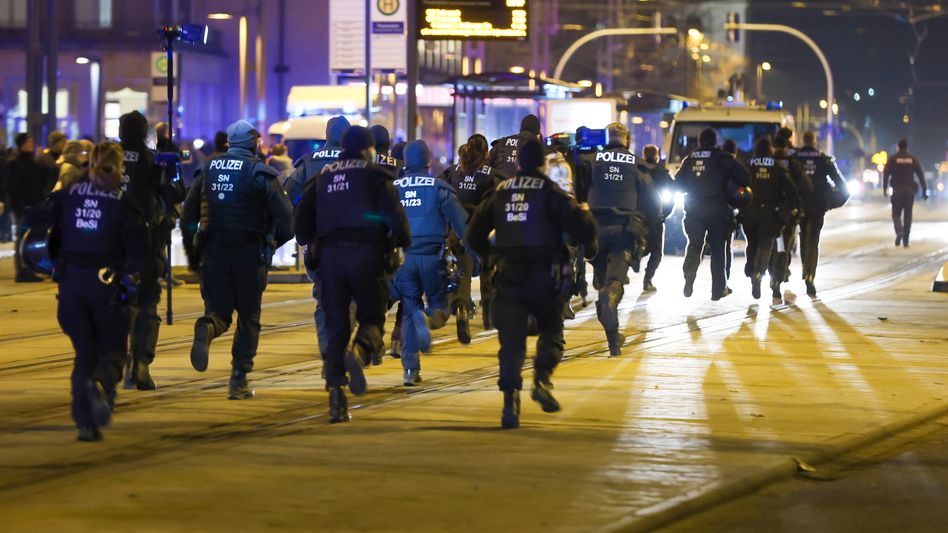 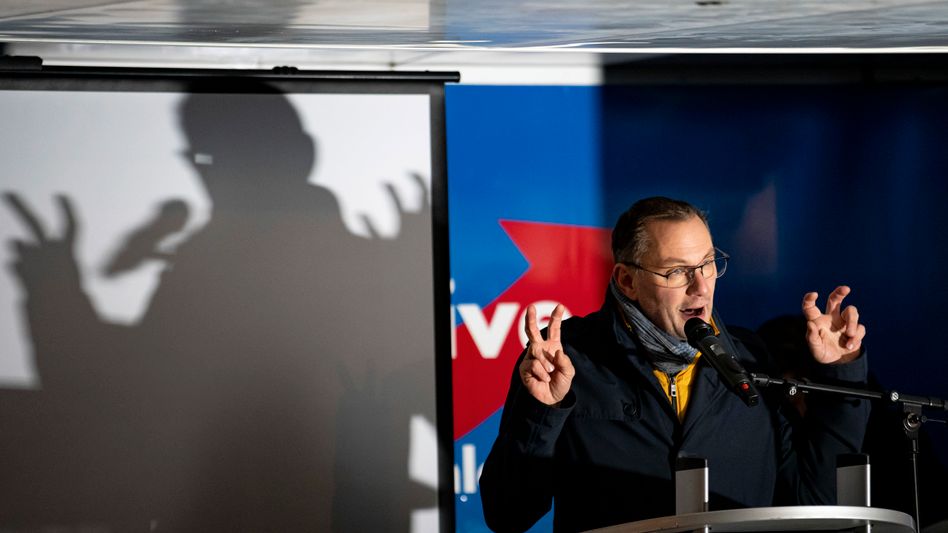