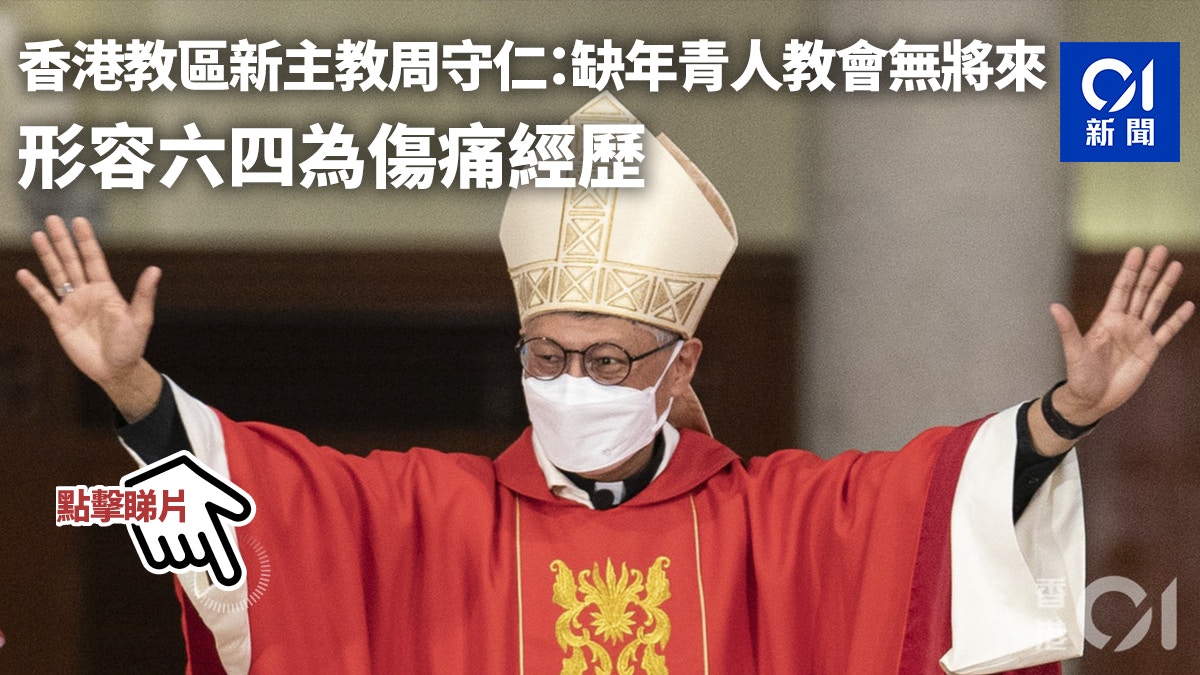 Zhou is described sixty-four experience pain, do not want to happen, will pray for the dead, "the church has been praying for the dead, we can continue to repair and communion prayer, it can definitely㗎Well GOD!"

Some Catholics expressed that they have high hopes for a new bishop, and hope that under the leadership of the new bishop, the church will no longer communicate with young people in an "elderly manner."

The pastoral promotion ceremony was officiated by Cardinal Tong Han, the Apostle of the Catholic Diocese of Hong Kong, and was attended by Cardinal Chen Rijun emeritus and auxiliary bishop Xia Zhicheng.

Chen Rijun and Xia Zhicheng blessed Zhou Shouren by "covering their hands", and they also gave Zhou Shouren a gospel, a ring, a crown and a shepherd stick.

A large number of Catholics also participated in the ceremony to witness Zhou Shouyan becoming the new bishop. Except for Lam Cheng Yuet-ngor and Mrs. Tsang Yinquan, the Director of the Food and Health Bureau, Chen Zhaoshi,

In his speech, Zhou Shouren stated that he would do his best to assume the responsibilities of the bishop. In the future, he would work on two aspects. He pointed out that the church cannot lack young people and spirituality. "A church that lacks young people is a church that has no future; a church that lacks spirituality." , It will become too dogmatic and formal.” Zhou Xu said that the church must act as a bridge, listen and talk patiently, and connect with other Christian denominations, different groups, organizations, and institutions.

Zhou Shouren met with reporters after the ceremony and was asked whether he was appointed by the Roman Catholic Court because of his moderate stance and acceptance by various political camps.

He laughed and said, "I don't really know," but he believes that "gentleness will be better", which can tolerate and accommodate different voices and achieve the unity of diversity.

Zhou Shouren: The church is willing to be a bridge and platform

Regarding the situation in Hong Kong in the past two years, is there any way to repair the tear in Hong Kong?

Zhou Shouren said that the situation in Hong Kong is complicated and all parties need to be sincere in contact and conversation. He described the church's willingness to become a bridge and platform to find ways and channels of communication "Don't let the conversation begin, everyone has to try the water temperature."

"All parties should put down their own perseverance and perseverance. Of course, everyone has the same core value, but in the value, we can meet each other. It is only a point to express!" The new bishop of Hong Kong Catholic Diocese Zhou Shouren

He also described that the June 4th incident in 1989 was a painful experience and did not want to happen again. He hoped that everyone could understand the other side's position and plight and think more about the situation of others.

As for whether there will be June 4th prayer meetings or prayers for social issues in the future, he said, "The church has always prayed for the dead. It can continue to pray for reconciliation and communion. It can definitely be done!"

Zhou: Have confidence in young people

In his speech, Zhou Shouren mentioned that if the church has no future without young people, he was asked if he thinks Hong Kong has a future?

He described what happened in the past as uncomfortable and unhappy, but he has to "look far away." He believes that society can give young people space to express their opinions and find a long-term perspective. He reiterated his confidence in young people.

He also said that I believe everyone should have hope and think positively. "Negative is everyone knows. It is not a fake, but it is only negative energy. Everyone will not go far."

As for the "Minato National Security Law", will it affect church affairs?

He described that the National Security Law is still under development and is not very clear. He would "wait to listen" and be willing to express his opinions when asked.

He did not respond to questions such as how he views Sino-Vatican relations and whether the State Religious Affairs Bureau has an appointment.

Christians have expectations of the new bishop

The Catholic Agnes has high hopes for the new bishop, "I have been a Catholic for more than 10 years. This priest is worthy of our support and encouragement." She thinks Zhou Shouren is very young and has experience in education and young people. , Can make the Hong Kong diocese "post-born" wash away the old-fashioned impression.

She went on to say that she hopes that the church can learn more about the inner world of young people. "First you can know that there will be more exercises to come up with you." It is relatively easy to discuss and solve problems, but do not communicate in an "elderly" manner.

Another believer, Ms. Chen, said that she lived in Sha Tin District and went to the cathedral to witness the bishop's promotion to the pastor. As the cathedral was full for a long time, she could only watch the broadcast in the small auditorium.

She said that she would silently pray for the bishop. She is already in her seventies and "all of them are from the generations." The believer Ms. Wen pointed out that she is a new church member. Although she is not familiar with the new bishop, she wants to testify. Grand ceremony, I am very happy about it.

The Catholic Bishop-designate Zhou Shouren split after talking about the anti-amendment regulations, "It’s not like I’m going to bury myself." Zhou Shouren 12.4 liters, the bishop of the Catholic diocese cooks Korean drama to treat insomnia. Since 1989, he has been a vegetarian since 1989. The cross is "not very happy." Zhou Shouren was appointed as the Catholic Bishop of Hong Kong, saying that he accompanies young people to listen to opinions with empathy. The new Catholic Bishop Zhou Shouren has strived to build a Catholic university: education should not serve to promote economic efficiency. Moderate stance is easy to be accepted by China 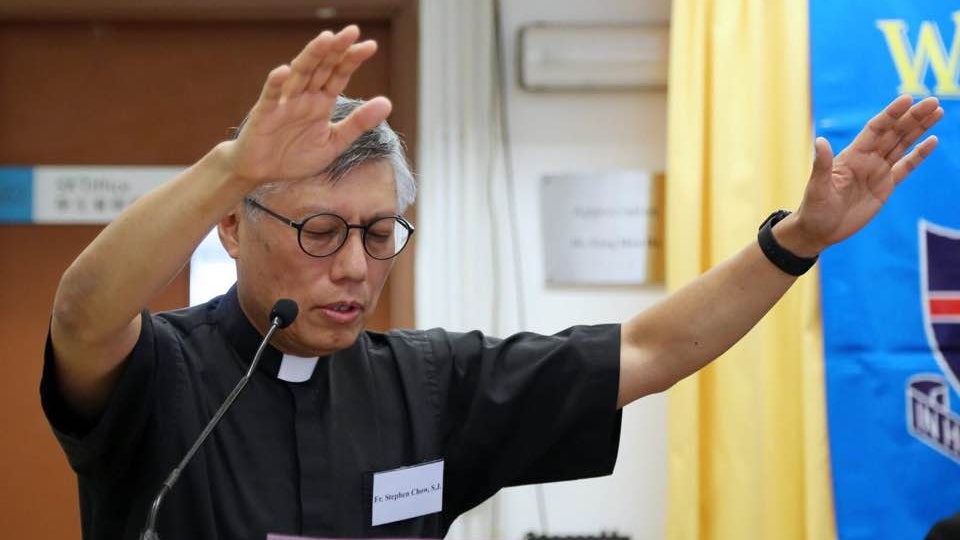 Catholic Bishop-elect Zhou Shouren split after discussing the anti-amendment law, "It's not about trying to bury yourself" 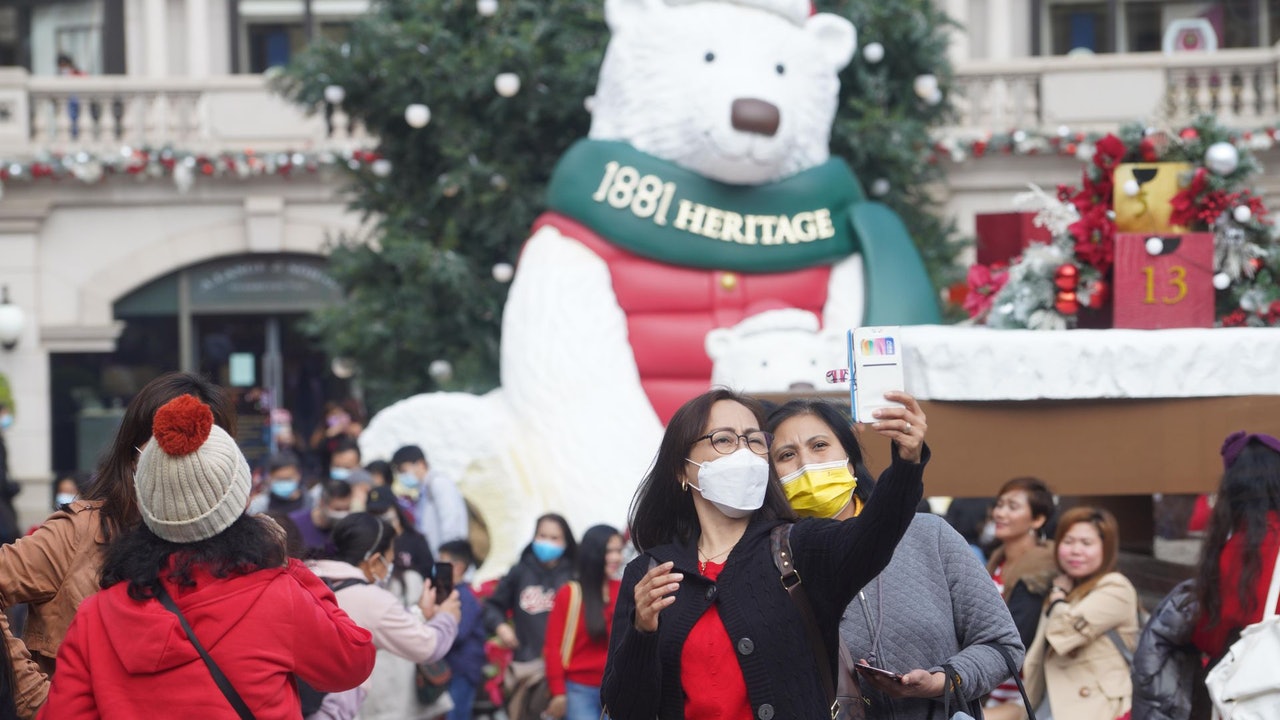 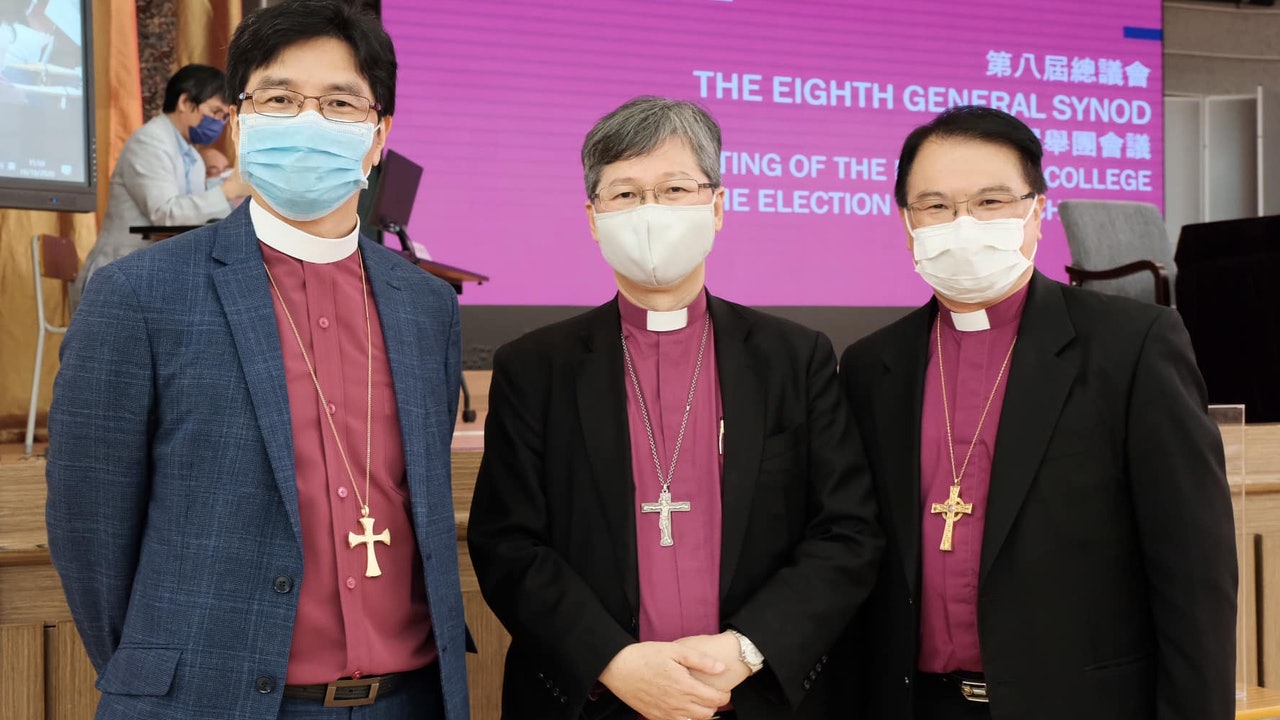 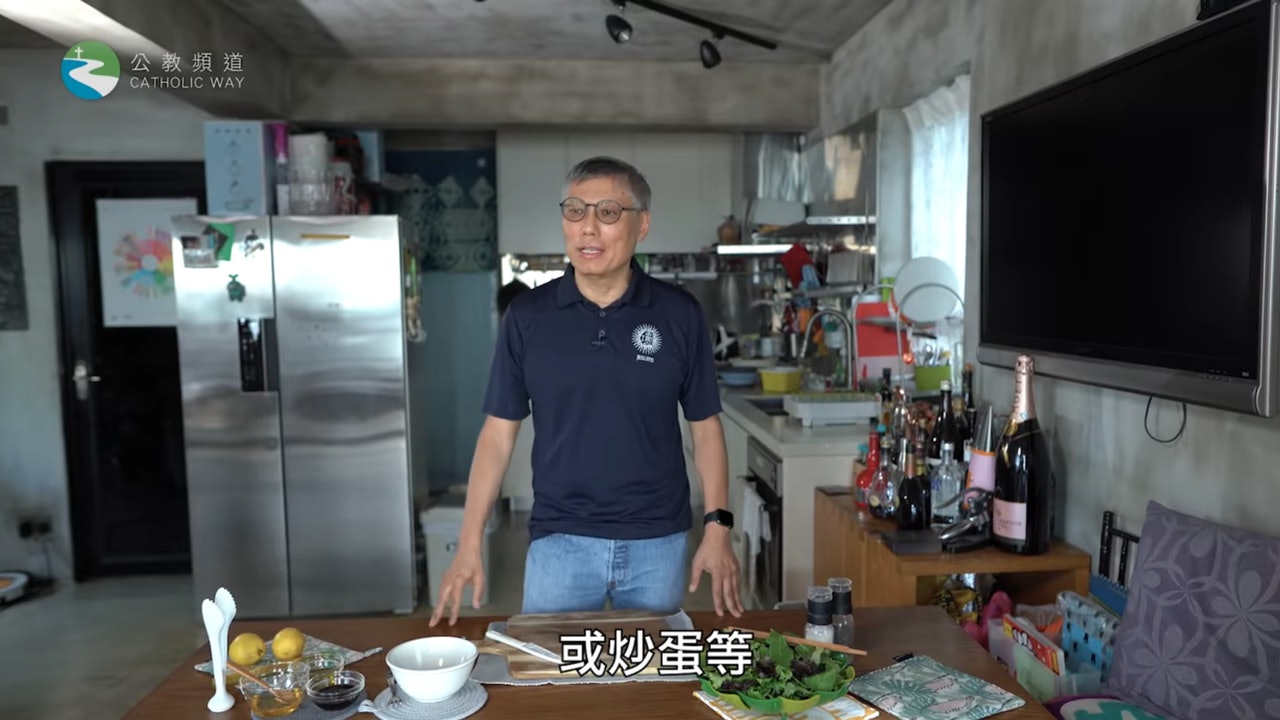 Zhou Shouren’s 12.4 promotion to the bishop of the diocese filmed a show saying that preaching is not a substitute for culture, suggesting more dialogue 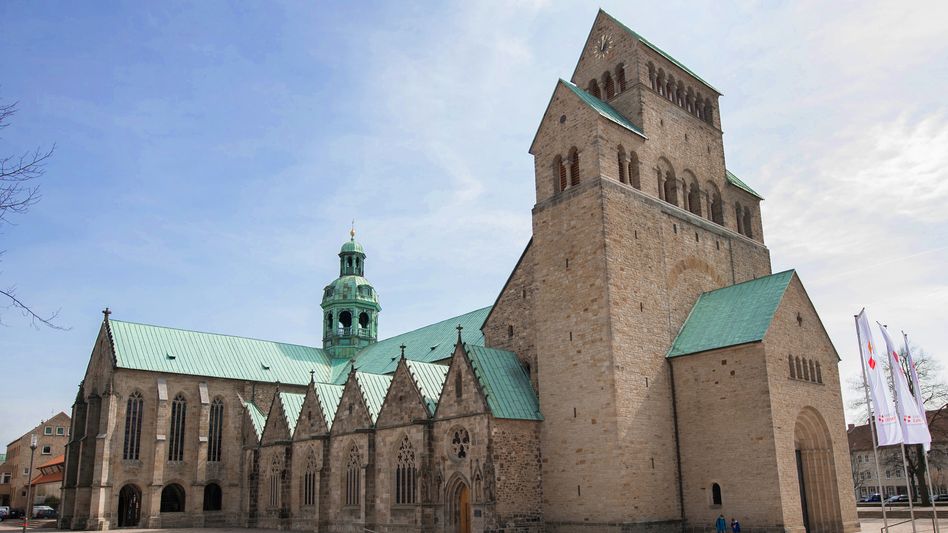 Catholic Church: Report sees "glaring grievances" on the subject of abuse in the diocese of Hildesheim 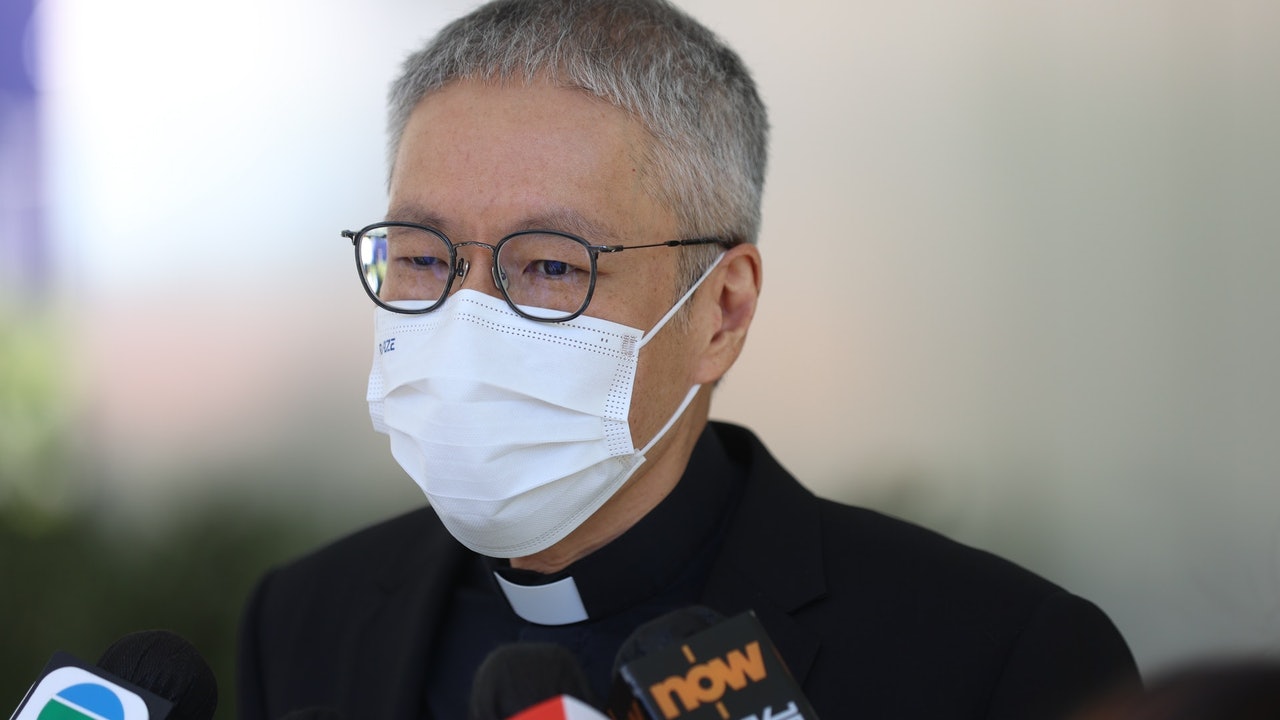 Legislative Council Election｜Guan Haoming's application for the election committee: whether he is elected or not, he will assist Chen Tongjia

Investigation of the Public Prosecutor's Office against Bourdin: Valérie Pécresse conditions her passage on BFMTV
2022-01-18T12:38:25.376Z

Politics All Things Town｜The Agriculture and Fisheries Department ordered netizens who killed a thousand hamsters to leave a message to settle accounts with the "big rascal"
2022-01-18T12:36:27.886Z

The government has culled hamsters and pet shops in Hong Kong, it is still unknown whether there will be compensation: SARS has not tried to kill animals
2022-01-18T12:24:57.904Z

American newspaper: Rhetoric of violence is escalating inside and outside the corridors of Congress
2022-01-18T12:24:27.550Z

(S+) A Texas playboy princess and her Roman stepsons compete over a Caravaggio masterpiece. The foreclosure auction is about more than 300 million euros
2022-01-18T12:06:45.837Z

Closure of the area for testing｜Three buildings were enclosed in one night, and the female teacher of the kindergarten in Mei Foo New Village had no source of infection
2022-01-18T12:06:29.631Z

The government plans to kill hamsters on a large scale, Yuan Guoyong praises decisiveness and wisdom: do not want the new variant virus to spread
2022-01-18T12:00:33.212Z