The Greens blew up the rival in Green and temporarily climbed to the top at the expense of Hapoel Beer Sheva • Omar Atzili (38), Dean David (60), Muhammad Abu Fani (76) and Dolev Haziza (89) won the concert 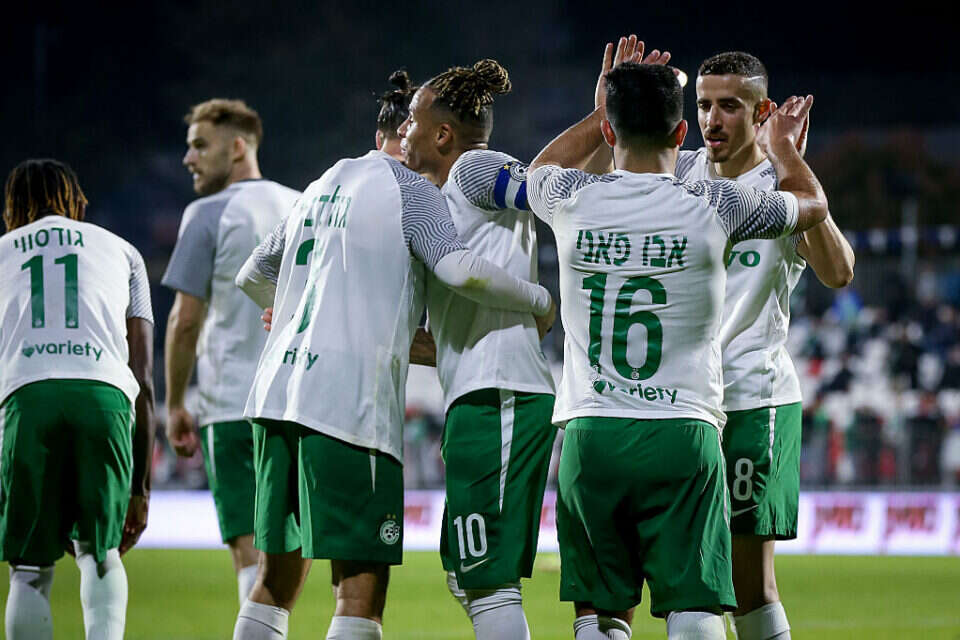 "There is concern about the game against Maccabi Haifa," said Hapoel Nof Hagalil coach Yaron Hochnaboim before tonight's game (Sunday) against the champion.

This is something that Barak Bachar's team has gained in the last month, perhaps for the first time since being appointed coach of the Greens.

The "fear effect" is already something psychological that the Premier League teams started hanging out with at the beginning of the season when they meet Haifa.

The quartet against Nof Hagalil has closed 16 goals in the last four games of Maccabi Haifa.

An average of four goals per game.

The victory is worth first place for the Greens (at least temporarily), but above all, any team that arrives later against Haifa will start thinking about what awaits them even before the grass.

This is something worth points, something that Maccabi Haifa has not had for over a decade.

Removed a quartet from the network, Photo: Maor Elkelsi,

Abu Fani on the way to the third, Photo: Maor Elkelsi,

Above all, Photo: Maor Elkelsi,

Ezra and Edri in the Maccabi Netanya team against Nof Hagalil, Kartzev on the bench - Walla! sport