NIS 43 billion: Wages in the economy have increased compared to the period before the epidemic Israel today

Analysis by an expert from Meitav Dash, based on CBS data: Since the removal of the restrictions, wages have been steadily rising • About 60% of the increase in commercial credit in the past year - in the construction and real estate industries 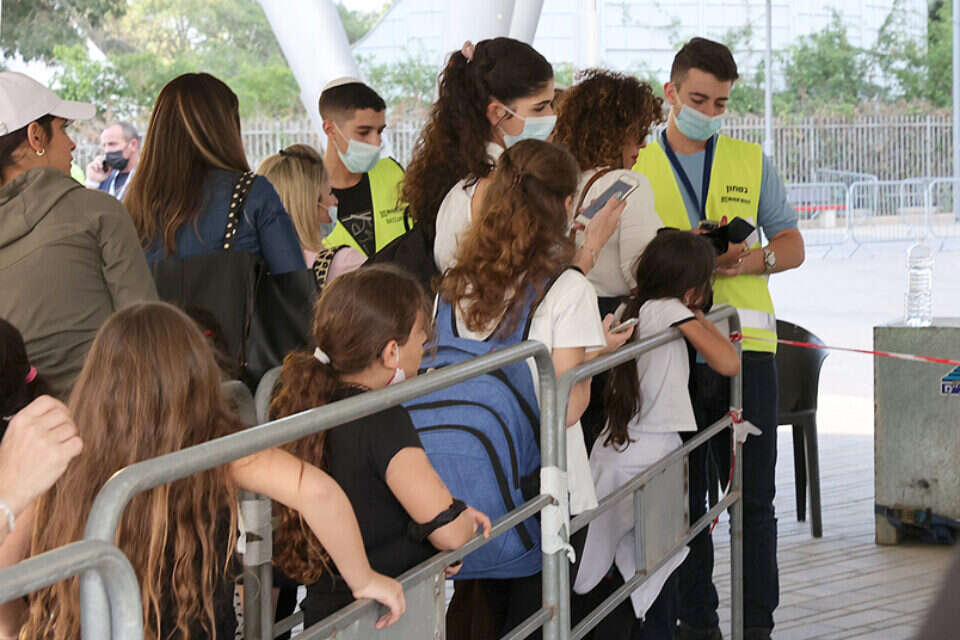 An analysis by economist Alex Zabrzynski from Meitav Dash, based on data from the Central Bureau of Statistics, shows that wages in the economy grew relative to pre-epidemic wages, after a decline in the corona outbreak.

According to the data, which comes from the Central Bureau of Statistics and Meitav Dash, the total wage in the economy is NIS 43 billion, compared to about NIS 41 billion before the outbreak of the corona.

Following the corona, there has been a dramatic drop in wage levels, up to 33 billion, but since the lifting of the restrictions they have been on a steady rise.

Zabrzynski notes that "data on the average wage in the economy are still distorted, due to the excessive effect of changes in the number and composition of jobs."

The total wage paid in the economy ultimately defines the purchasing power of consumers.

On the other hand, the number of jobs in the economy is still far from pre-epidemic levels.

According to Zabrzynski, the recovery in the economy continued in October, after the holidays.

Credit card purchases have been significantly higher than the trend in recent months, with spending on services returning to a multi-year trend.

The survey also shows that the decline in "problem credit" indicates the nature of the financial situation in the economy, with the bank credit data published by the Bank of Israel reflecting a continued rapid increase in commercial credit and housing loans.

Almost 60% of all the increase in commercial credit in the last year was in companies in the construction and real estate industries. The epidemic did not cause an increase in the rate of problem credit in this industry, which continued to decline following the trend of the last decade.

The problem debt rate in the other industries rose at the beginning of the epidemic, but has fallen in recent quarters.

Also in household credit, the problematic credit ratio is on a downward trend, and there is a significant decline in the mortgage sector in particular.

He said, "It makes sense to expect that a rise in inflation far above the forecasts in most countries in the world will not miss inflation in Israel either, as a change in the Fed's (US Federal Reserve) policy increases the chance of a rise in interest rates here."

In the field of equities, foreign investors continue to buy shares in Israel also in the third quarter, with purchases of almost $ 1 billion.

In total, since the beginning of the year, foreigners have bought shares in Israel for about $ 2.8 billion, after a two-year absence from the domestic market.

NIS 43 billion: Wages in the economy have increased compared to the period before the epidemic Israel today

The average net salary is higher than before the Corona - Walla! Of money

NIS 2 billion in the trash: the food thrown away on holidays - Walla! Of money

Is the health system collapsing? Not according to employees' salaries - Walla! Of money

Record results for fuel: net profit of NIS 581 million in half - Walla! Of money

Isracard's quarterly reports: better than before the corona - Walla! Of money

In the league of the greats: Excellent net profit for Mizrahi-Tefahot - Walla! Of money