There is a serious problem of vacancy in public markets. The Food and Environmental Hygiene Department opened auctions in June, October and December for nearly one-quarter of the current vacant stalls, totaling more than 400. Some groups found that some bidders were in the gray area and won 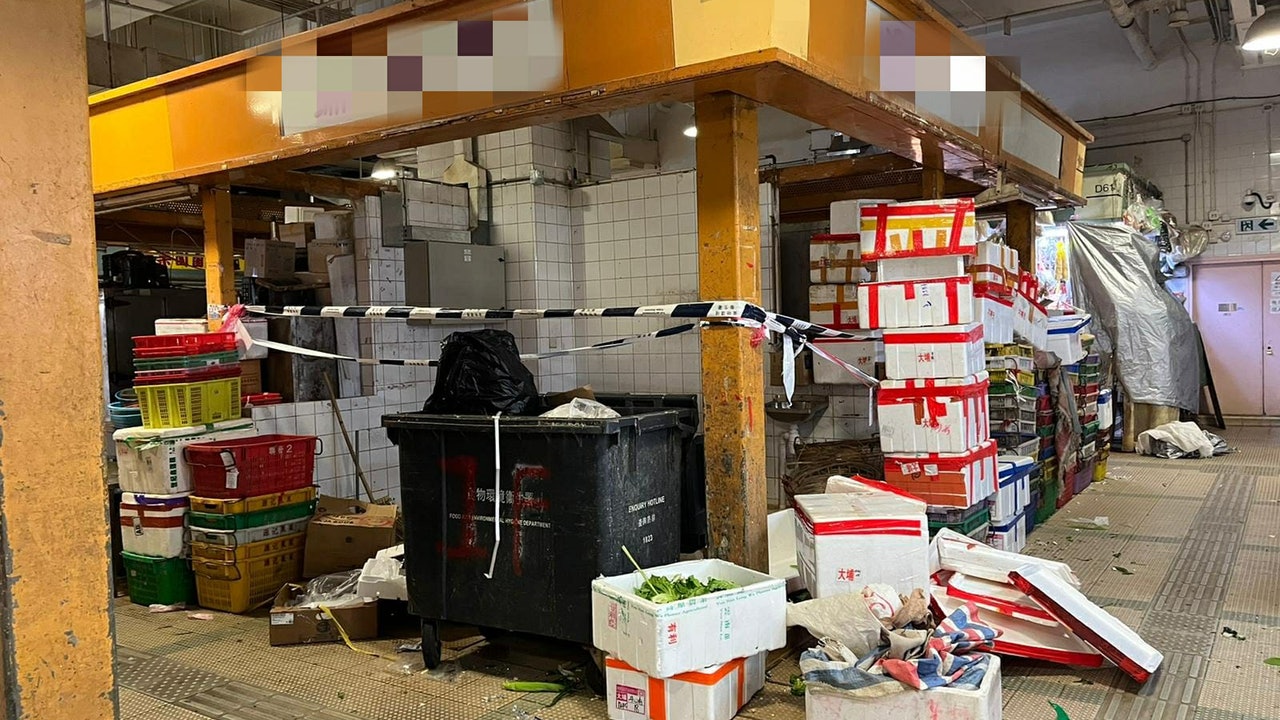 There is a serious problem of vacancy in public markets. The Food and Environmental Hygiene Department opened auctions in June, October and December for nearly one-quarter of the current vacant stalls, totaling more than 400.

Some groups have discovered that some bidders are in a gray area and "abandon the bids" on the spot after winning the bid to help peer partners to bid for the stalls at the reserve price.

The Supervision Public Market Development Alliance and the Community Development Front will hold a press conference today (22nd). They pointed out that there are many problems in public markets, such as insufficient regulation by the Food and Environmental Hygiene Department, nearly 40% of the stalls being left empty, and "snake head" groups. Monopoly entry and bidding. Some new stall owners pointed out that the lease period was too short and they needed to leave the market at a loss. The Alliance suggested that the Food and Environmental Hygiene Department should check the stalls in the market more frequently.

Community Development Front spokesperson Zhang Yan said that some of the tenants of existing market stalls participated in bidding in violation of regulations. When the group found that bidders entered the market, they did not need to verify whether they were the tenants of the existing stalls. These stall owners were bidding in the first round. The FEHD found that they were the current tenants after the stalls were bid at the time, and they gave up the stalls on the spot because of unsatisfactory conditions, and then the stalls will be re-bided for the second round after all stall bidding is completed. .

The spokesperson of the Community Development Front, Zhang Yan (left), said that some tenants of existing market stalls participated in bidding illegally, and after abandoning the bid, they helped their peers to bid for the stalls at the reserve price.

Zhang Yan said that this action violated the principle of fairness, because many competitors thought that their favorite stall had been rented out and left the market. They had no knowledge of the second round of bidding. Zhang Yan pointed to the bidding in October. In the second round, only about 5 bidders stayed in the field.

When the stall was released for bidding again in the second round, the peer partner of the existing tenant bid at the reserve price. However, the penalties of the mechanism are in vain. The FEHD will only deduct one month's stall from the offenders according to the mechanism. Deposit, Zhang Yan said that this loophole prevents those who are interested in operating stalls from bidding for stalls, let alone benefiting grassroots citizens who want to start their own businesses.

Owner: Those who know how to play can bid for the stall with the reserve price. I want a double price.

One of the stall owners, Ms. Shi, who participated in the bidding, was a first-time bidder. The stalls were mainly for the sale of baby clothing. She bid for the stall with a reserve price of 2,950 yuan and finally won at 5,600 yuan.

Considering that there is only a one-year lease and the priority cannot be renewed, Ms. Shi lamented that it is better to rent stalls in shopping malls and street shops. "It turns out that there are a lot of things that are not prepared by the government. The cost of my one-year lease is much higher." Ms. Shi explained. The current stalls in the market are 24 square feet, and the 90-square-foot unit in the shopping mall only costs more than 4,000 yuan, and there are many additional costs to be paid. Add a shelf, and you will have to return after the calculation.” In addition, Ms. Shi pointed out that the market needs to use peace of mind to reduce the flow of people. , Will not consider renewing the lease in the future.

One of the stall owners who participated in the bidding, Ms. Shi, said in a telephone interview that the bidding situation is suspected of being "monopolized." The FEHD lacks regulation on this, and pointed out that some people can bid for the stalls at the reserve price, but she needs to be twice as expensive.

Ms. Shi thinks that the bidding situation is suspected to be "monopolized" and described the situation as chaotic. She also pointed out that the existing tenants are bidding for the stalls. The FEHD should stop the stalls as soon as they know that he is unqualified. Ms. Shi criticized the Food and Environmental Hygiene Department for lack of regulation. "You can bid with the reserve price, but I have to pay a double price." She explained that she was not the current tenant and was accused of "no right to give up the stall." Therefore, it is not allowed to participate in the second round of bidding, and the final gear is bid by the "savvy player" at the reserve price.

Another file that participated in the bidding claimed that the lady had bid for a two-by-two-square-meter grocery unit in October. He thought that the rent would be cheaper than the private market and the entry barrier was lower, but in the end it was unexpected.

In the end, Ms. Zhang successfully bid for a stall in the New Territories with a price of more than 4,000 yuan, but the reserve price of the stall was only more than 1,000 yuan, which was nearly half higher than expected. After calculating the size, she found that the cost of opening the stall was more expensive than that of the private sector.

In addition, Ms. Zhang also questioned the lease arrangements. The stalls bid for this time will all be rented for one year. She will start renting on November 1, but the stall owner must complete business registration, finishing and decoration by herself, and it is expected that the stalls will be opened. It has only been in business for nine months, and it is recommended that the government short-term lease should start at two years.

Forty percent of the stalls were left empty, and the inventory wanted to do a market-only business

The Supervision Public Market Development Alliance has been inspecting market stalls in the past few months, inspecting a total of 132 stalls and found that 40% of the vacant stalls that were successfully bid in June are still not in operation, and the stalls have been left empty or used For placing goods, the spokesperson of the alliance Yao Lingyin said that he believes that the lack of stalls is related to the original market stall owner’s desire to monopolize the market and intends to hinder the entry of new operators, resulting in the emergence of a "monopoly"; there are three other stalls. Violations, such as turning into nail salons where food should be sold.

The main material of the file is "An Xin". The leaving group recommends to draw lots to avoid raising the price

On November 1, the government forced citizens to enter and exit the market to use "safe travel." Many stall owners reported that the policy had reduced the flow of people in the market and the turnover had been drastically reduced.

Zhang Yan said that because many elderly people do not have smart phones and do not understand the registration information of "Paper Fillers", they end up buying food in private markets or street shops.

The Alliance recommends that the bidding method for market stalls should be changed from the bidding method for the higher bidders to a lottery, which can prevent people from being empty and raising the price of the shops. The Food and Environmental Hygiene Department should also step up inspections of the market stalls and investigate monopolistic and anti-competitive behaviors. It also provides rent reduction or exemption for market stall owners who are affected by bidding loopholes and safe travel policies, and reviews the lease term.

The Coalition for Monitoring Public Market Development also found that in the open auction for market stalls in Tai Wo Community Centre this month, the FEHD stated that due to the epidemic, the number of people in the market was limited to 120 people. The orange chip picked up cash from the suspected "Snakehead," but the Food Ring personnel did not come forward to understand and stop it.

The Supervisory Public Market Development Alliance Yao Lingyin questioned whether this organized behavior of queuing and distributing money would allow people to monopolize the quota for bidding, so that the grassroots neighborhoods who intend to participate in the bid cannot enter the bidding and reduce the chance of competition.

Tai Wo Community Hall Office’s Market Stalls Bidding Off-site Suspected of Snake Heads to Dispatch Money Citizens fell by half: There is no way to buy food for a week 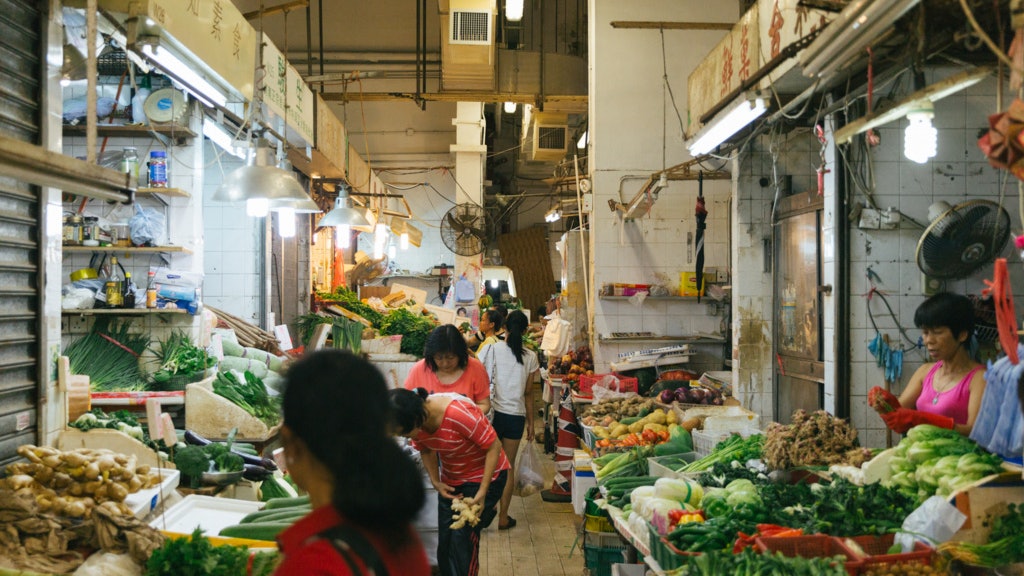 Epidemic ｜ Tai Wai Market has been linked to the confirmed cases, the stalls will be closed for disinfection for two days from Friday, and vendors must be tested 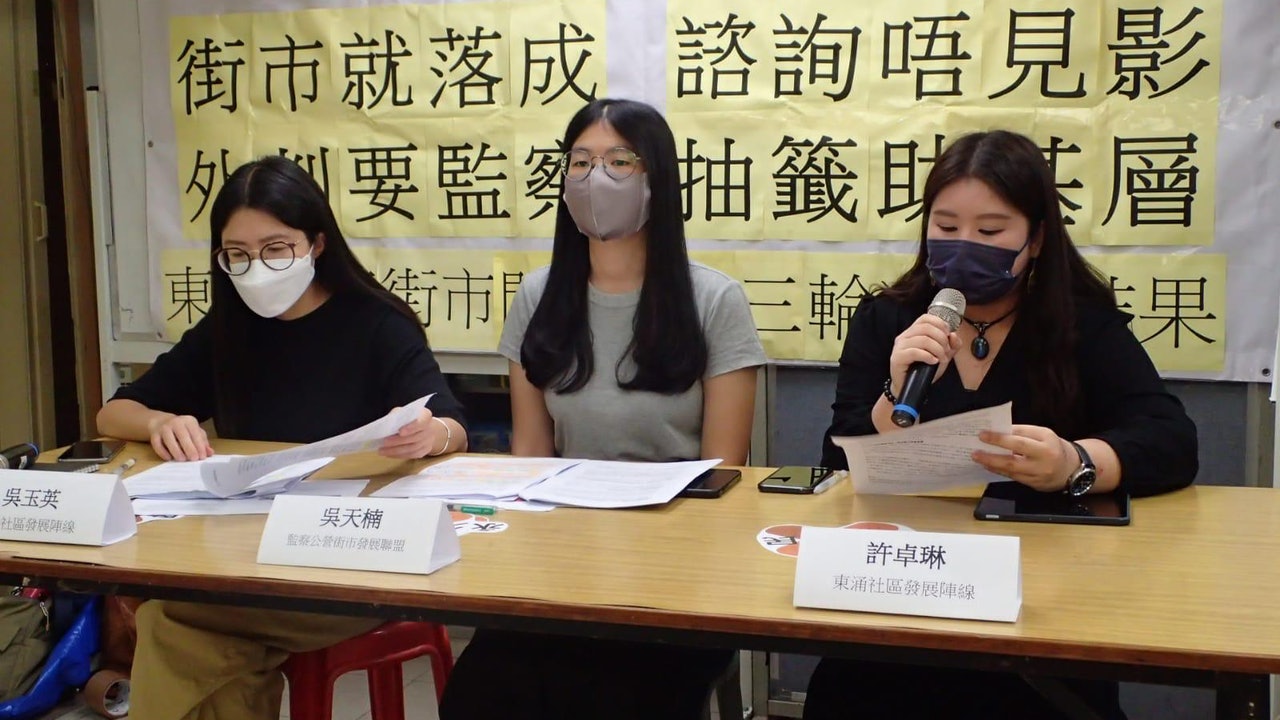 85% of residents surveyed are extremely disappointed 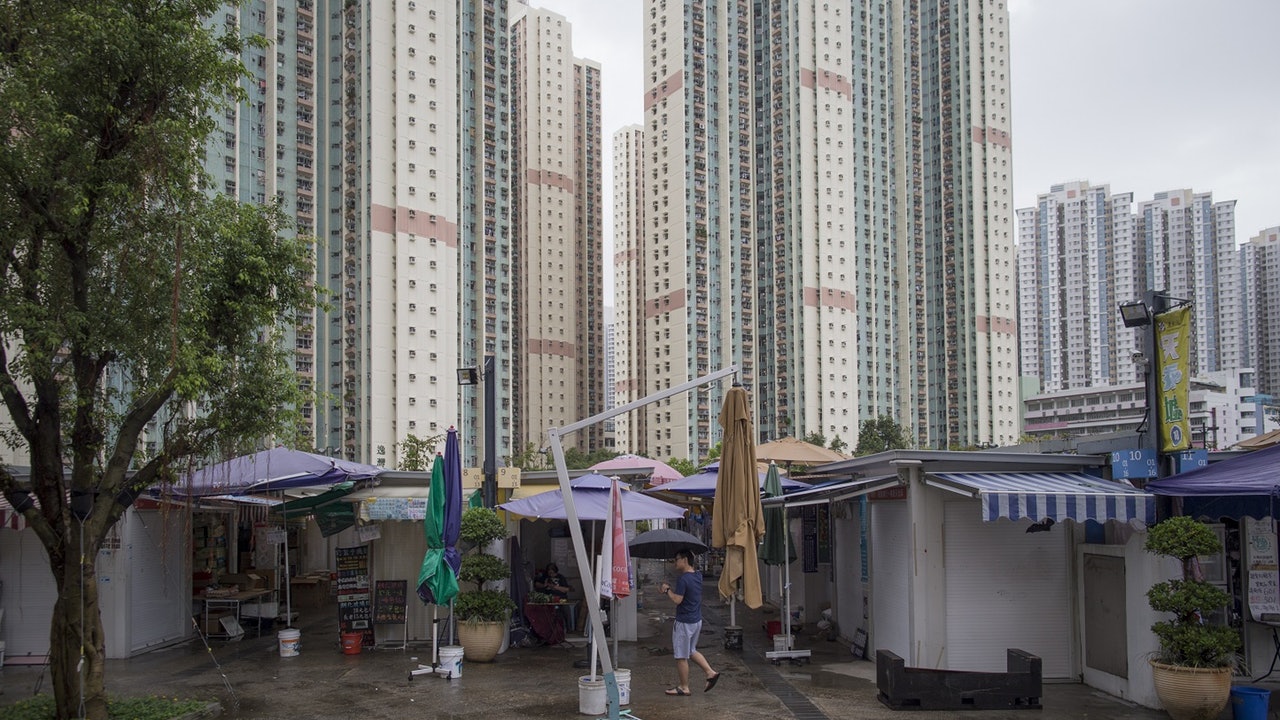 The group made three suggestions to support grass-roots market stall owners: even a woman can help make up for the family 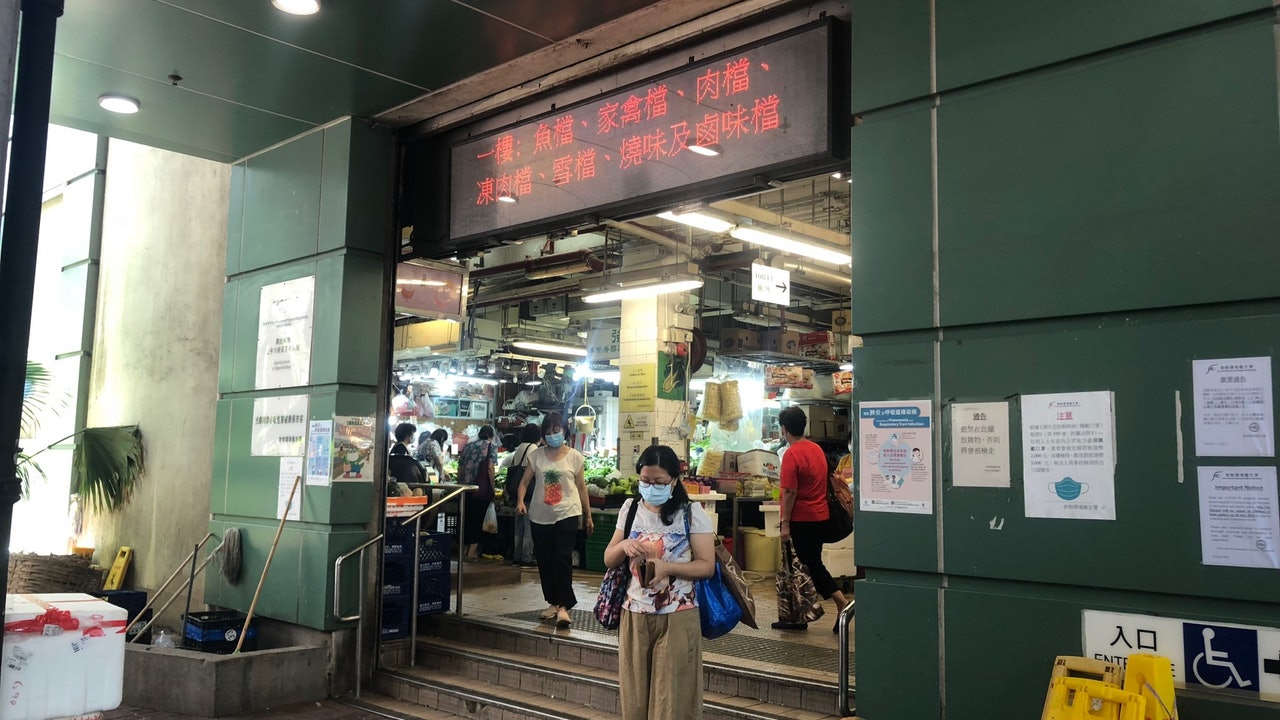 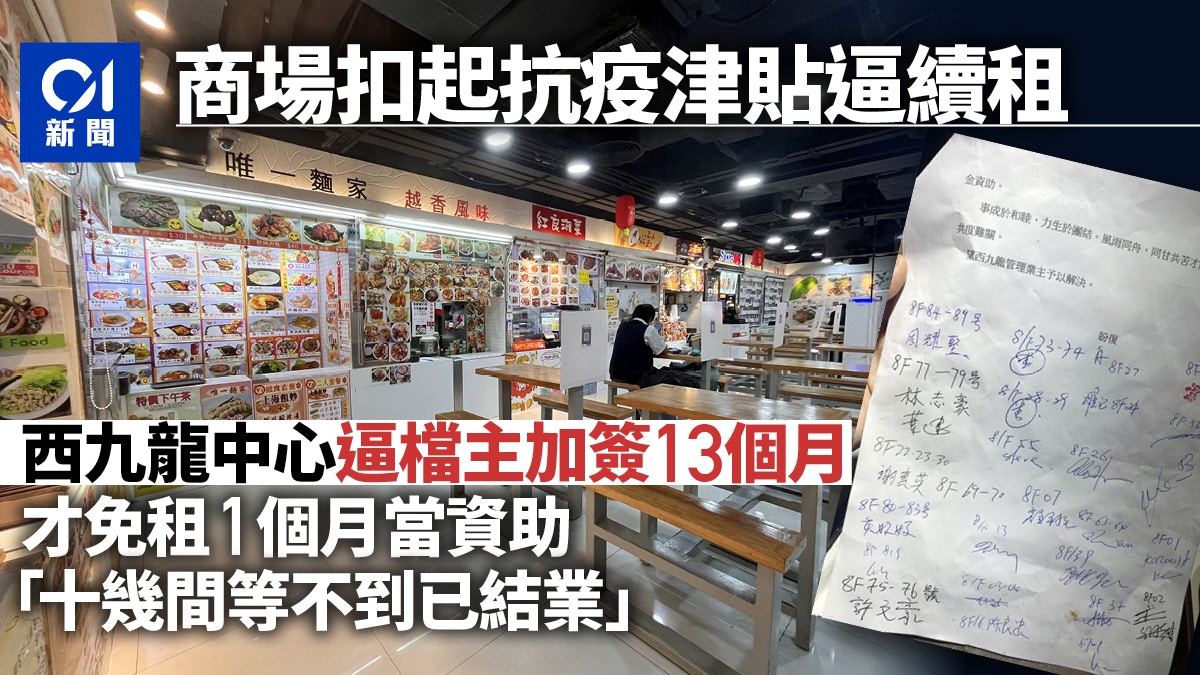 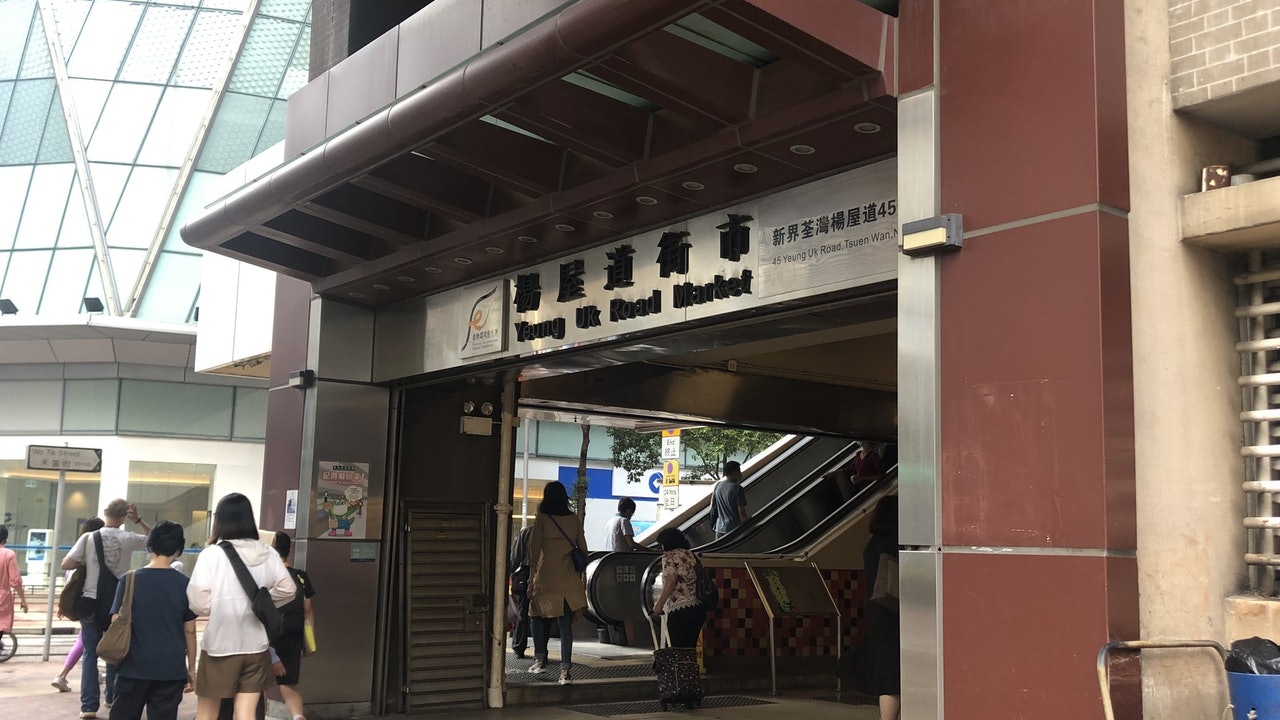 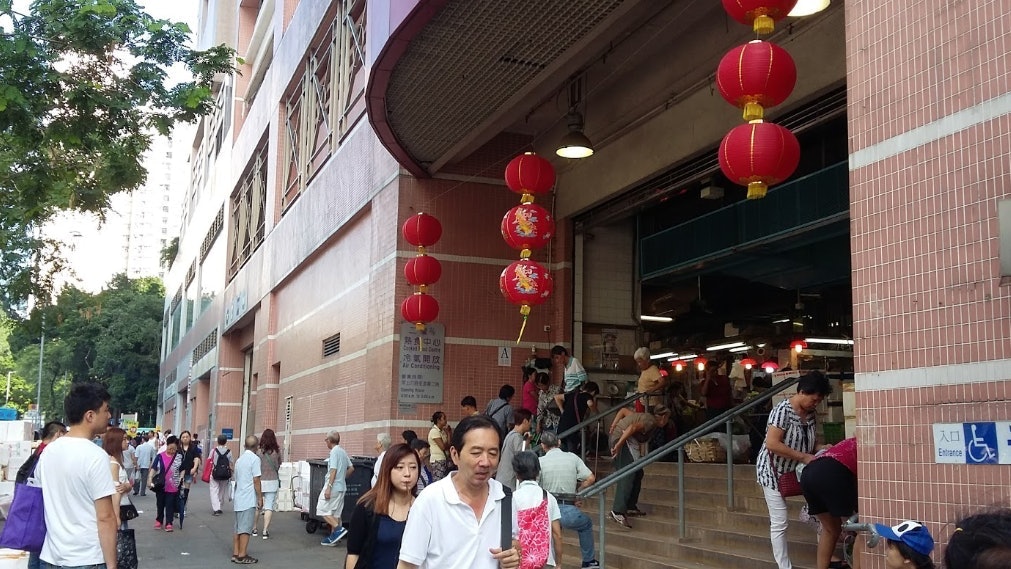 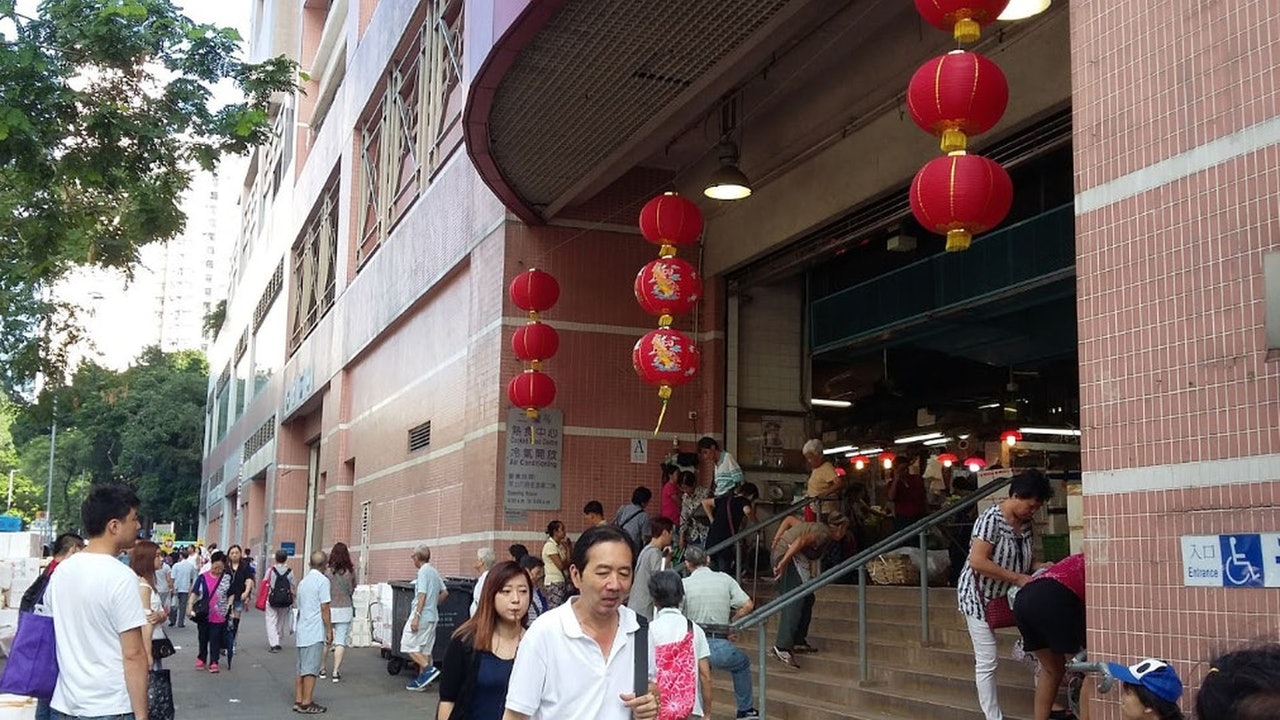