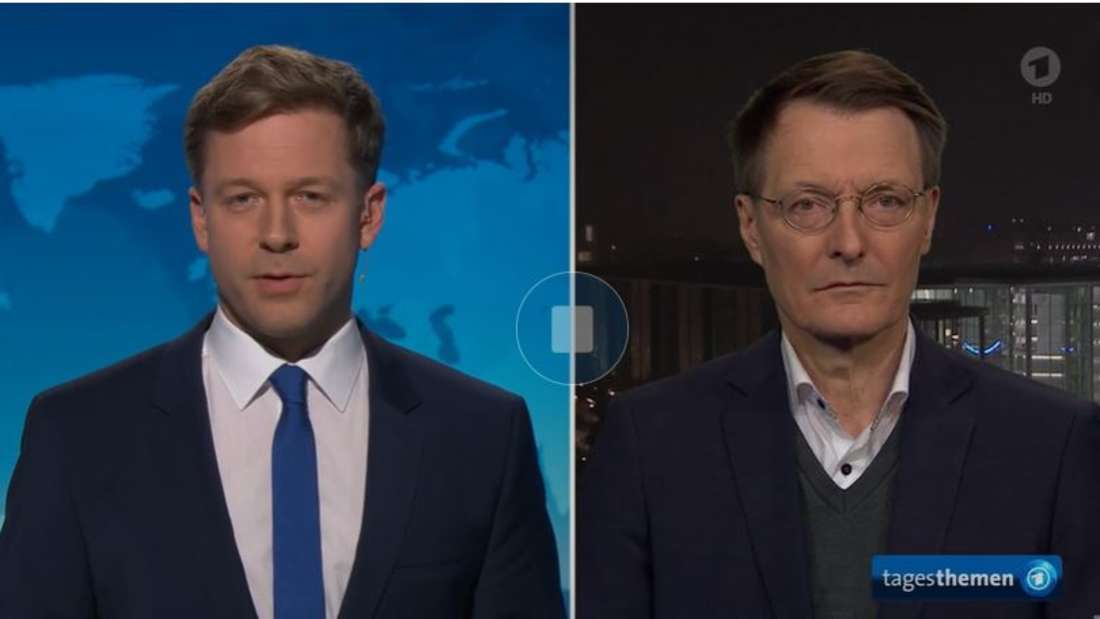 In view of the Omikron variants, the federal government is preparing for the next corona wave.

Berlin - In view of the expected rapid spread of the Corona variant Omikron in Germany, further crisis measures are in focus. Federal Health Minister Karl Lauterbach announced proposals for the next week. “We are faced with a dynamic increase in the number of Omikron cases,” said the SPD politician on Wednesday evening in the ARD “Tagesthemen”. It is important to consider what this means in terms of contact reductions and the duration of quarantine times. After delays in reporting over the holidays, there should be "very reliable figures" on the Corona * situation at the Prime Minister's Conference with Chancellor Olaf Scholz * (SPD) on January 7th.

Lauterbach explained that the number of Omikron cases can be expected to double within four to five days.

The new Expert Council of the Federal Government and the Robert Koch Institute (RKI) dealt with the situation.

He is also in contact with scientists and politicians in other countries where the omicron problem is more advanced.

A quick shot is wrong, ”he said about further measures.

The RKI has now announced a slightly higher seven-day incidence * of 207.4 - with the restriction that the data can provide an incomplete picture. The day before, the number of new cases reported per 100,000 inhabitants in seven days was put at 205.5. The health authorities now reported 42,770 new infections within one day, and 383 more deaths were registered.

Lauterbach had already announced on Wednesday as his own estimate that the actual incidence should be two to three times as high as officially reported. The background is fewer tests in practices and at work over the holidays and slower reporting of test results to the health authorities and from there to the RKI *. "I am working to provide numbers to work with," said the minister. With estimates based on the current data, it is good enough to see what is going on in Germany. With that one could already make very good health protection policy.

The numbers are rising very sharply in Bremen, Hamburg, Schleswig-Holstein and North Rhine-Westphalia, which is also likely to have something to do with the proximity to the border with Denmark and the Netherlands.

The SPD politician again campaigned for “booster” vaccinations, which are of the greatest importance as the “best protection against Omikron”.

The vaccination campaign continues very quickly despite the holidays.

Omikron variant in Germany: shorter quarantine duration in view of the high number of infections?

In view of the expected high number of infections, shorter quarantine times are being discussed. The UK and US have shortened the symptom-free duration to prevent acute staff shortages in areas essential for basic services and safety. Spain shortened the quarantine period for asymptomatic infected people from ten to seven days on Wednesday.

The Bavarian Health Minister Klaus Holetschek (CSU) is pushing for a regulation for Germany.

"We now have to set the course in order to be well prepared - also and especially with a view to the critical infrastructure," he told the news portal

"In my opinion, an exemption from quarantine for boosted contact persons would be conceivable." In the program "RTL Direkt" he said that a statement from the RKI or the Expert Council is necessary before the Prime Minister's Conference on January 7th.